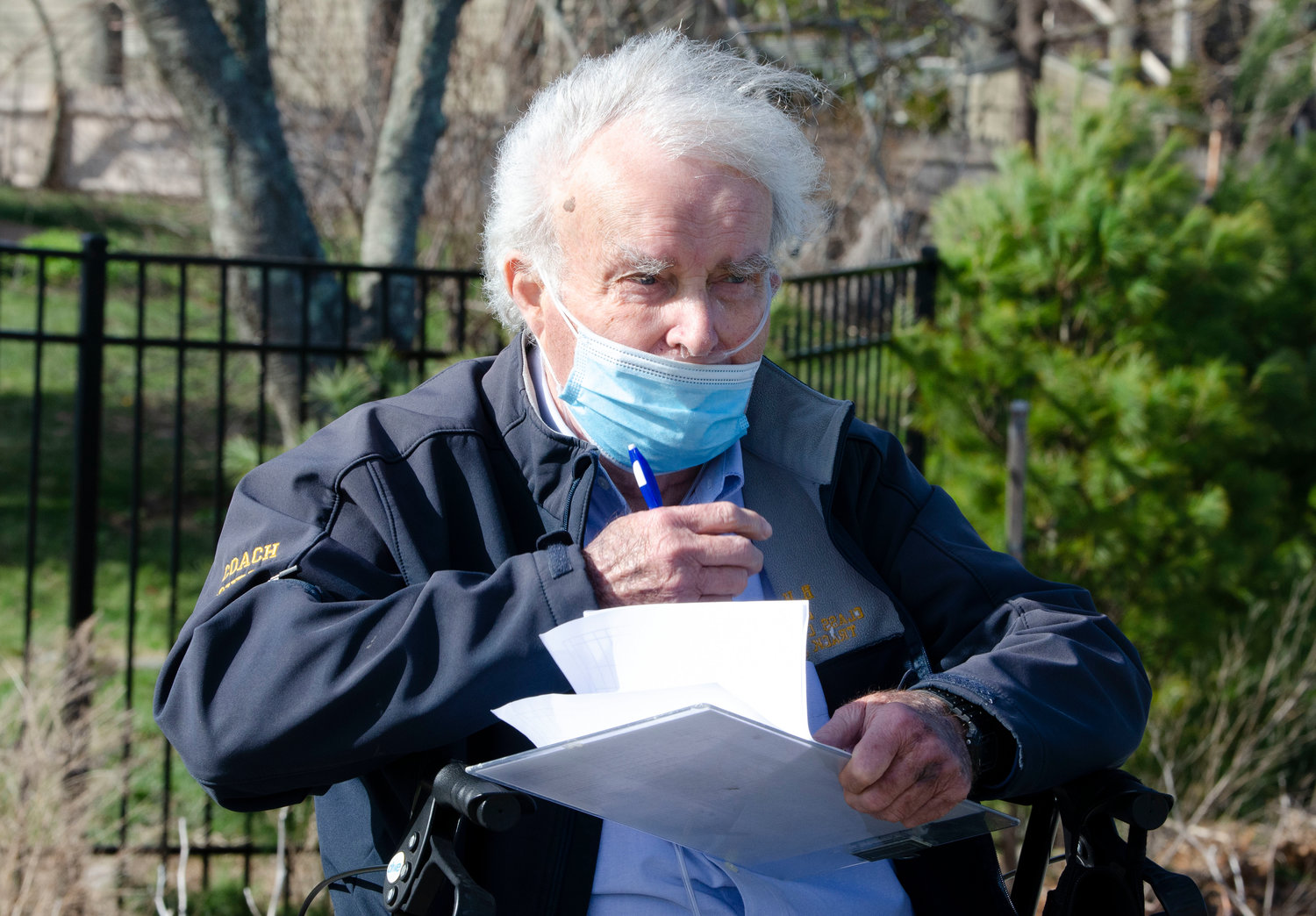 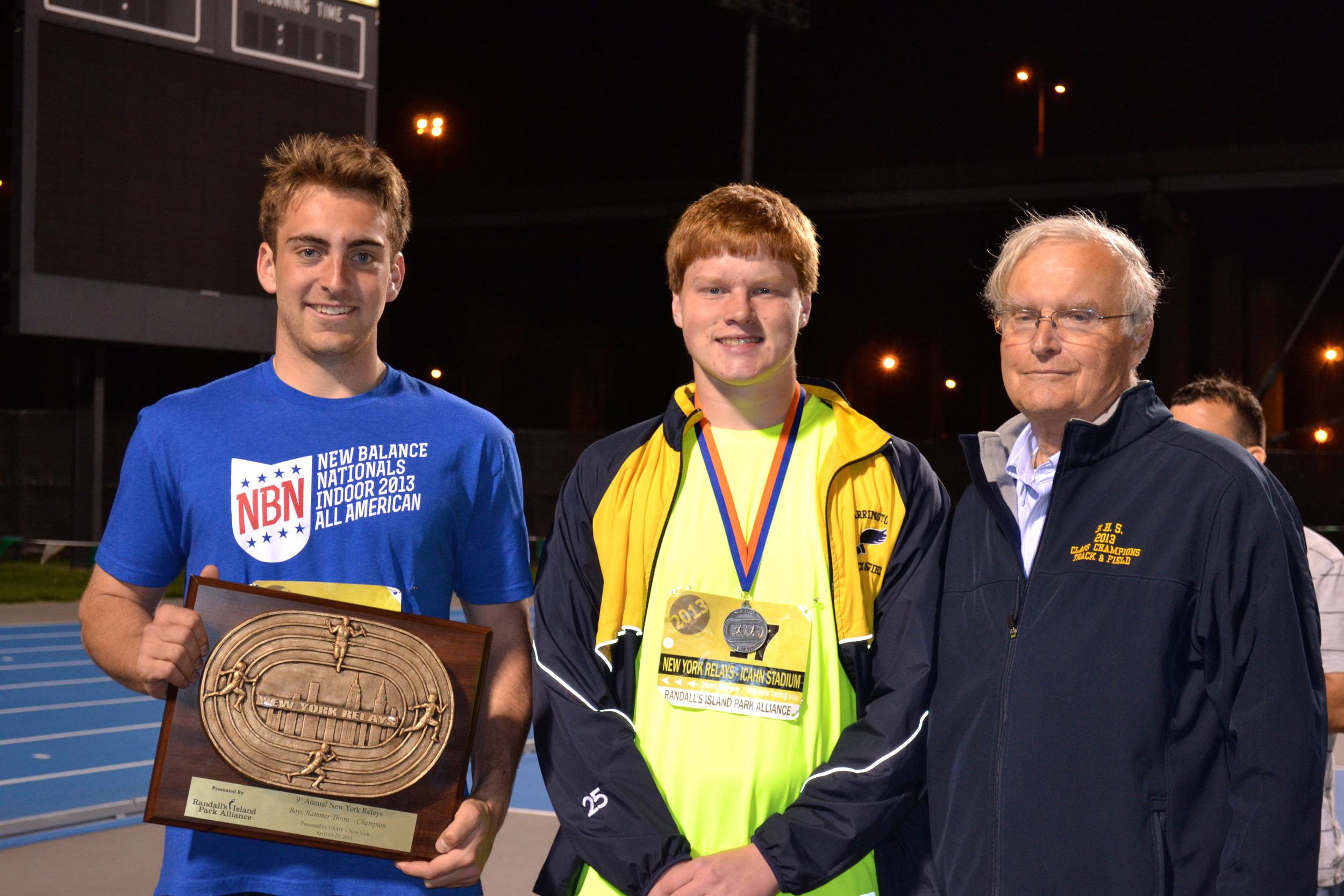 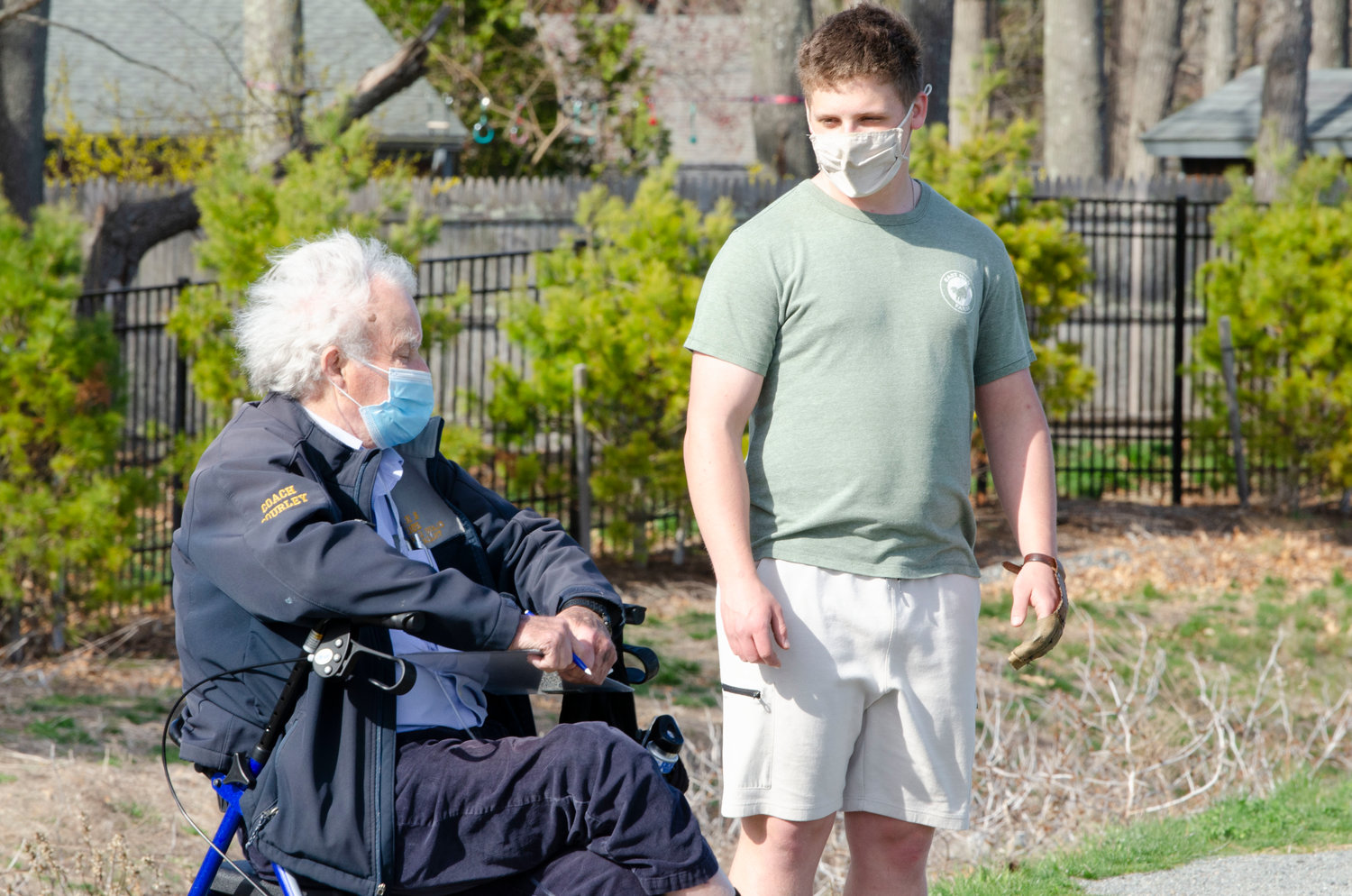 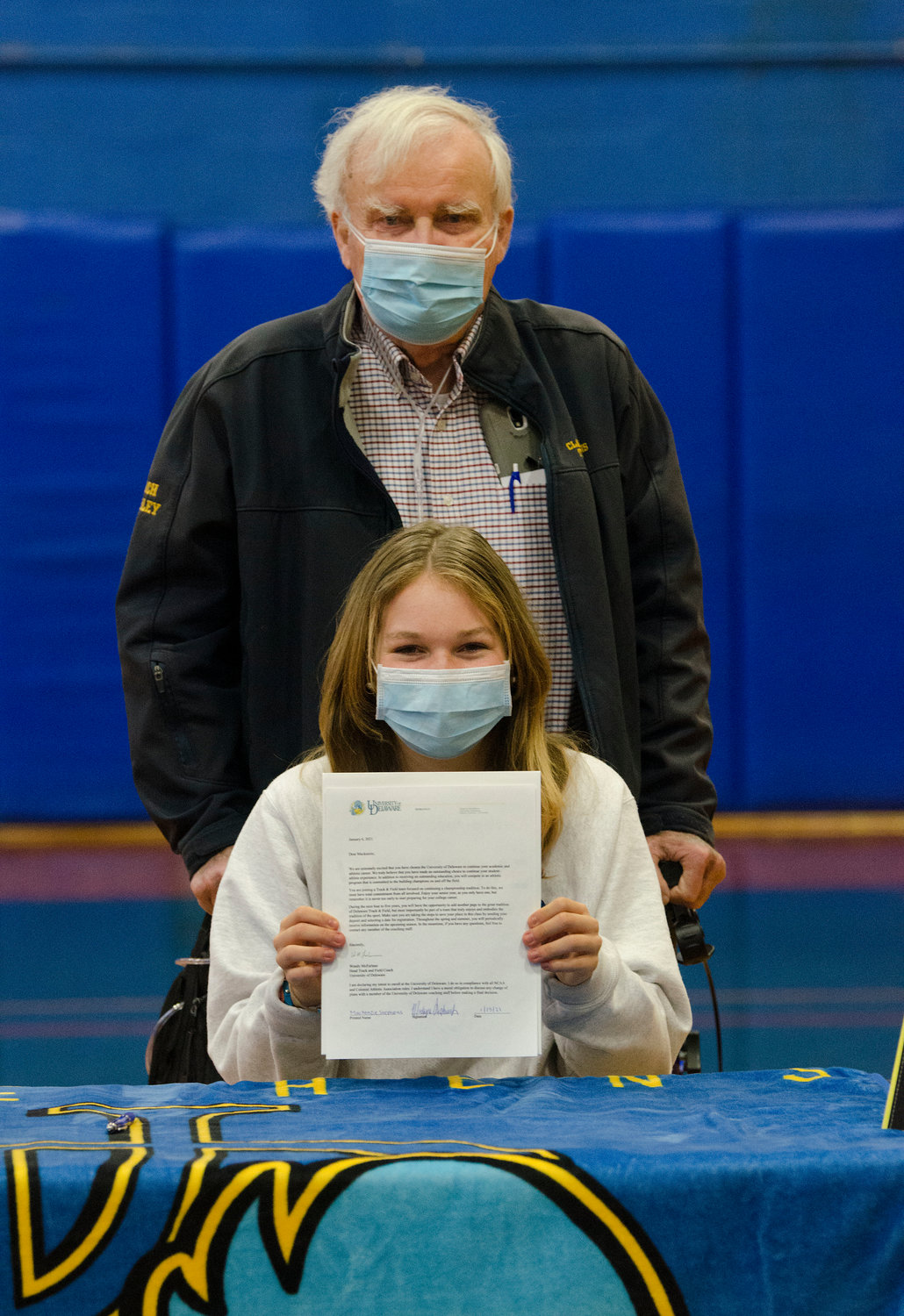 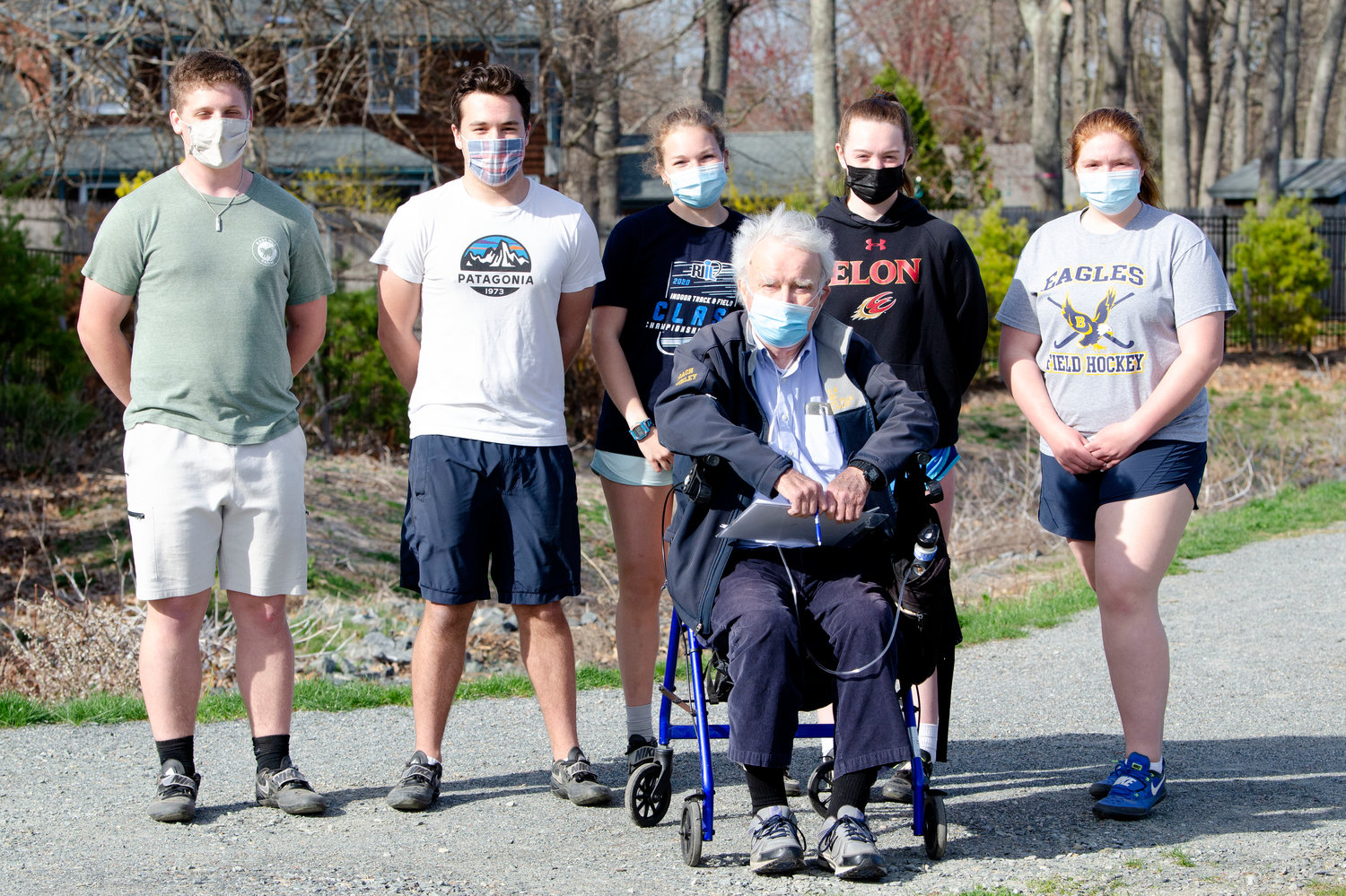 “The nursing staff could not believe that Coach Gourley was still coaching two weeks ago,” Coach Barrass said during an interview on Friday morning.

“It was the sheer force of will. It was the kids. He didn’t want to leave them behind.”

For nearly 40 years, Coach Gourley trained student-athletes from Barrington High School and beyond on how to throw the hammer and the indoor weight. In short time, his work began to produce exceptional results — young throwers from BHS and other schools landed track and field scholarships to Division I colleges; they regularly vied for state championships and occasionally earned national titles.

Shortly after Coach Barrass moved to Barrington in the early 2000s he began working with Coach Gourley and recognized just how special the throwing coach was. He said he would stand with Coach Gourley, watching a student-athlete practice the hammer, and quickly spot areas for improvement.

“He would say to me ‘Did you see that?’” Coach Barrass said of Coach Gourley’s ability to fine-tune throwers’ techniques.

“He was just amazing. I can’t even tell you as a coach about his abilities. He was among, if not the best, hammer coach in the country. To watch him coach his athletes, so specific with each one… it was amazing.”

Coach Barrass said he traveled with Coach Gourley to the Dartmouth Relays in the early 2000s, and realized then just how well-known and highly-regarded the throwing coach was. Athletes, coaches from other schools, and long-standing track officials each approached Coach Gourley to say hello.

“He was a gigantic advocate for the hammer and weight throw here and around the country,” Coach Barrass said, adding that college track coaches would often send video of their throwers to Coach Gourley, asking for his help in improving their performances. Coach Gourley always obliged.

He was also generous with his time. While some coaches will charge $50 or $75 an hour for outside work with student-athletes, Coach Gourley refused payment and was reluctant to accept gifts, Coach Barrass said.

Those who knew him said he was just passionate about the sport — he enjoyed helping student-athletes improve, succeed and achieve, and his resume reflects that: He was selected as the Rhode Island Track Association Coach of the Year, was an inductee into the Rhode Island Interscholastic League Hall of Fame, won the Ken Warren Award for Leadership (for outstanding dedication and commitment to throwing events) from the National Throw Coaches Association, the Doug Speck Award for Excellence and Innovation, and has been recognized as New England Official of the Year by the U.S. Association of Track and Field Coaches.

The throwers he coached over the years won state titles, national championships and have competed internationally. But Coach Gourley’s abilities did not stop with those who had the longest throws — he also helped new throwers find a passion for the sport. And his work did not stop at the town line.

Over the last few seasons, Coach Gourley’s health challenges became more evident. He used a walker to get around and carried an oxygen tank.

This past June, the Barrington Times ran a feature article about Coach Gourley. Photos of the longtime mentor show him sitting near the throwing circle located off Upland Way near the recycling center.

“I enjoy doing it and at the same time I feel I’m helping out kids,” Coach Gourley said in that article. “Regarding high school, you see the athletes develop not only as throwers but you see their whole maturity process. You also see them develop as a person and you see their skills improve.

When news traveled on Wednesday night and Thursday morning that Coach Gourley had passed away, students, teachers, coaches and friends at Barrington High School paused to remember him.

“There’s been a lot of tears in the building the last couple days,” Coach Barrass said, adding that student-athletes planned a special ceremony to honor Coach Gourley at the throwing circle at 3 p.m. on Friday afternoon.

“There’s already a makeshift memorial up there … on Gourley’s Hill.”