The Eagles defeated Toll Gate/Pilgrim 4-1 on Friday night, and then beat Prout 2-1 on Saturday. The … 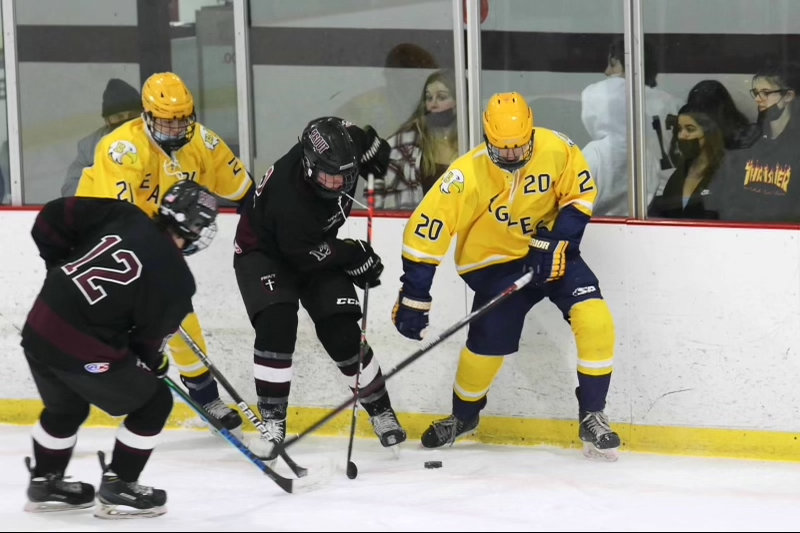 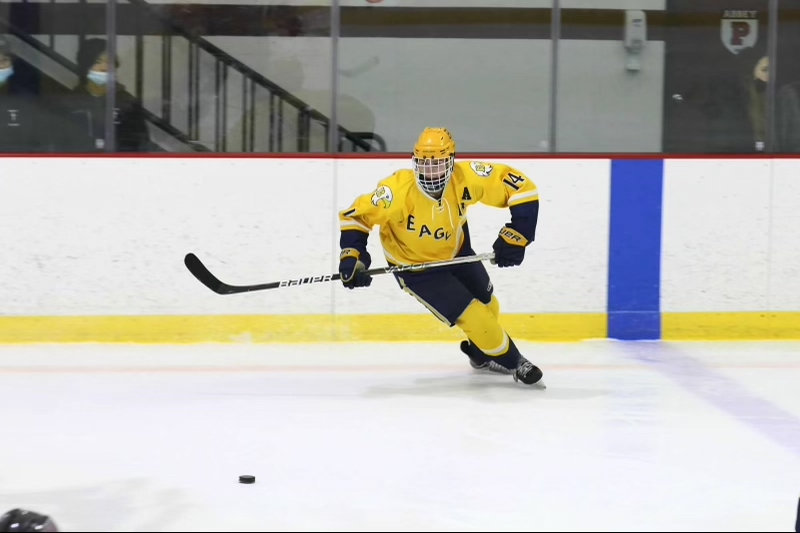 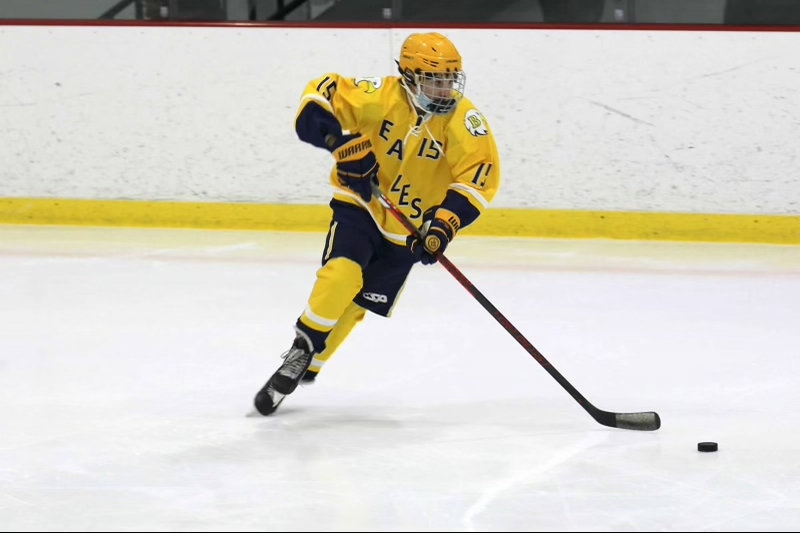 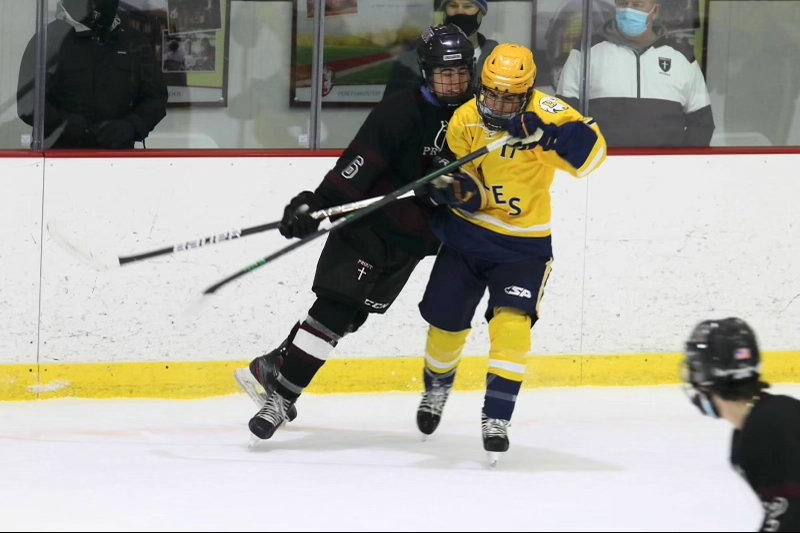 The Eagles defeated Toll Gate/Pilgrim 4-1 on Friday night, and then beat Prout 2-1 on Saturday. The two victories keep Barrington in contention for a spot in the postseason.

On Friday night, the Eagles battled Toll Gate/Pilgrim (0-4-2). Toll Gate/Pilgrim scored first, early in the game, but the Eagles quickly responded with two first period power play goals to retake the lead. The first came off the stick of freshman Chase Watts, assisted by senior captain Brenen Gazeryan. Gazeryan then scored the go-ahead goal assisted by senior captain Sam Faulkner. Sophomore Henry Kelsey added a goal in the second period on an assist from sophomore Trevor Snow, and Faulkner added the Eagles’ fourth goal in the third period, assisted by Gazeryan.

On Saturday evening, the Eagles defeated the Prout Crusaders (1-5) in a highly competitive match by a score of 2-1. The Eagles scored first, with a corner shot off the Prout goalie's back by freshman Drake Almeida, assisted by Snow. Faulkner added the second Eagles’ goal seconds into the second period as he took the puck directly off Gazeryan’s face off down the ice to make the score 2-0. But the Crusaders fought back hard in the second and third periods, adding a second period goal to bring the score to 2-1. The Eagles managed to hold off the Crusaders throughout the third period, thanks to stalwart defense led by sophomore Cam Siwik in net and defensemen Josh Leblanc, Tucker Squires, Christian Vieira and Cody Wood. The defense killed off a five-on-three Crusaders’ power play with three minutes remaining in the game. Siwik finished with 27 saves in the game.

The Eagles have another busy week ahead, as they play the Smithfield Sentinels (2-1-1) on Friday at 8:45 p.m. at the Smithfield Municipal Rink; and then again on Saturday at 9 p.m. at Mount St. Charles Academy (1-2).