Bryan Hoffman and the BBCA have big plans for Barrington. 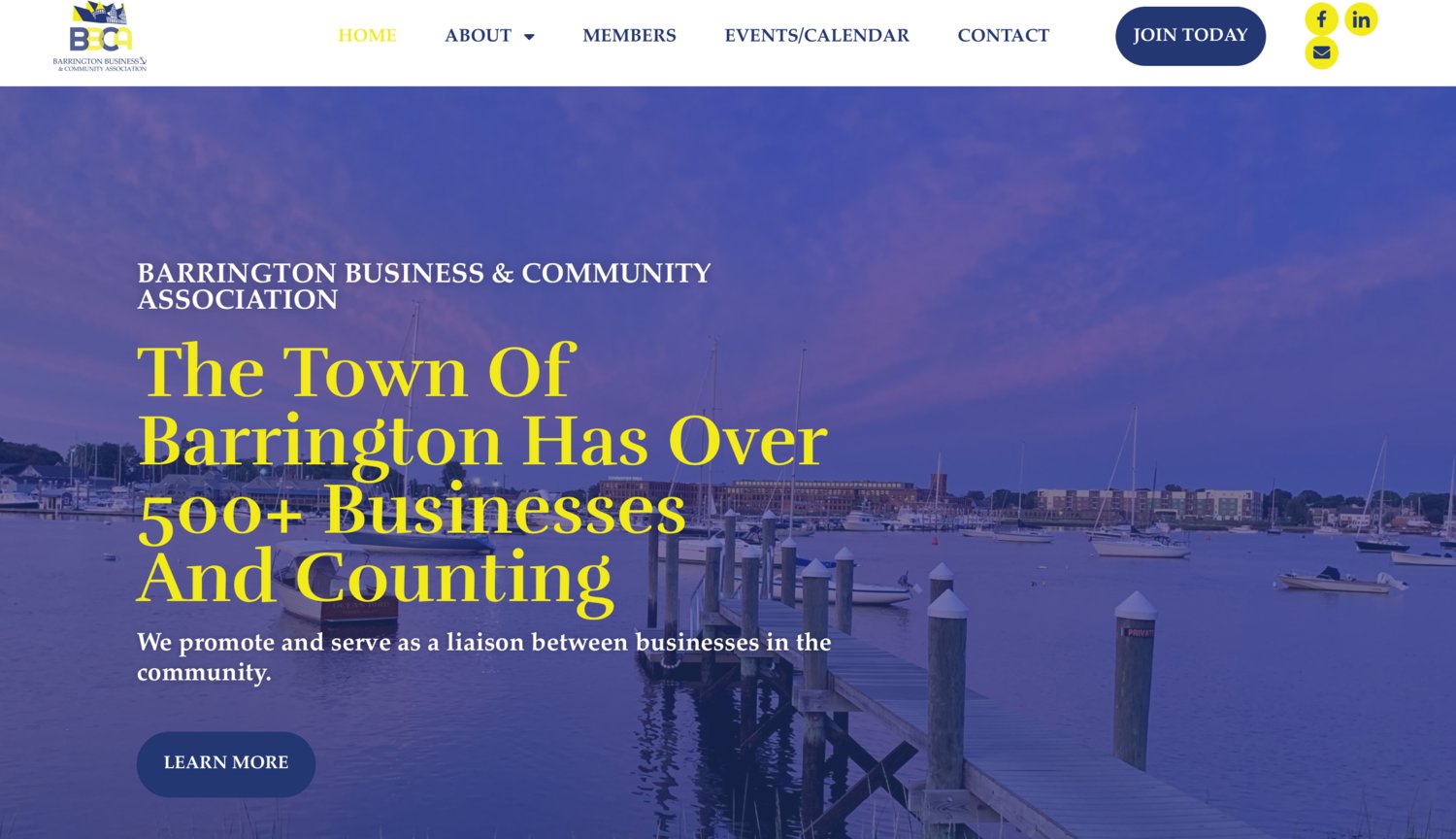 The Barrington Business and Community Association has developed a new website and is planning some exciting events for this summer.
Posted Thursday, April 21, 2022 4:10 pm
By Josh Bickford

Bryan Hoffman and the BBCA have big plans for Barrington.

The chairman of the Barrington Business and Community Association said his group has been helping to develop a number of exciting new events in town including a summer street fair/block party in July, an educational/networking opportunity at the library, and a new farmer’s market which will be held at St. John’s Church.

One of Hoffman’s first steps as chairman of the group was to change the name of the group. Previously known as the Barrington Business Association, Hoffman believed it was crucial to add in the “Community.”

“The community aspect’s important to me,” he said, during a recent interview.

“The membership dues and banner program will remain the same but my overall goal was just more inclusive community engagement.”

The new chairman said there is an obvious connection between Barrington’s businesses and the rest of the community — residents, non-profit agencies, churches, the government and others.

The BBCA has a new website (barringtonbca.com) and a new logo, and have incorporated the school colors blue and gold.

Recently, the BBCA hosted its first “Coffee Connections,” a networking event held at Barrington Public Library. The first seminar in the series focused on the real estate market in Barrington, housing trends and pricing, selling tips and more. Hoffman helped recruit three real estate leaders from the community, who shared key insights during the event.

The BBCA is also helping plan the “Barrington Farmer’s Market” — it will be held at St. John’s Church on County Road on Thursdays, June 9, July 14 and Aug. 11, from 4 to 7 p.m. each day. It has been reported that the farmer’s markets have already confirmed a number of vendors.

Hoffman is also very excited about plans for the “Barrington Sunday Street Fair.”

Hoffman said the BBCA has received permission to close down Wood Avenue — it runs between Waseca Avenue and Maple Avenue — on Sunday, July 17 from 3 to 6 p.m. for the first-ever event. He said a dozen vendors and different groups have committed to the event.

Hoffman said the Barrington Sunday Street Fair will offer artists and shop owners an opportunity to engage with the public in a fun, inviting atmosphere. He said other towns nearby hold similar events which serve as a boost to the business community — he specifically mentioned the Bristol Merchants Association’s use of State Street to hold street fairs.

“They get 1,000-plus people coming into their town,” Hoffman said.

Earlier this year, Hoffman started a new email chain that includes a number of the non-profit organizations in Barrington. He had been attending the Barrington Coalition meetings and decided to bring all the groups together through regular email communications.

“It’s just meant to be a collaborative effort to share what’s coming up,” he said. “There’s a lot of great groups in town, but they’re all doing things individually.”

A recent email from the group shared some of the events planned for April:

• April 23: Barrington Earth Day, at the Bay Spring Community Center, from 11 a.m. to sunset. It will include local vendors, and booths focused on homesteading and resilience, live music and more.

• April 30, from 10 a.m. to noon: The Barrington Lions Club is hosting a community clean-up in honor of Earth Day. No sign-up is required. Just show up at one of the three locations: Barrington Beach, Veterans Memorial Park, or Police Cove Park. Bring your own gloves - bags will be provided. The Lions will be giving away vegetable and flower seeds to participants, while supplies last.