Two years ago, Dena Davis was working with 700 students to conduct five separate Barrington school musicals. This year, she remains barred from the schools.

Davis is founder and inspirational … 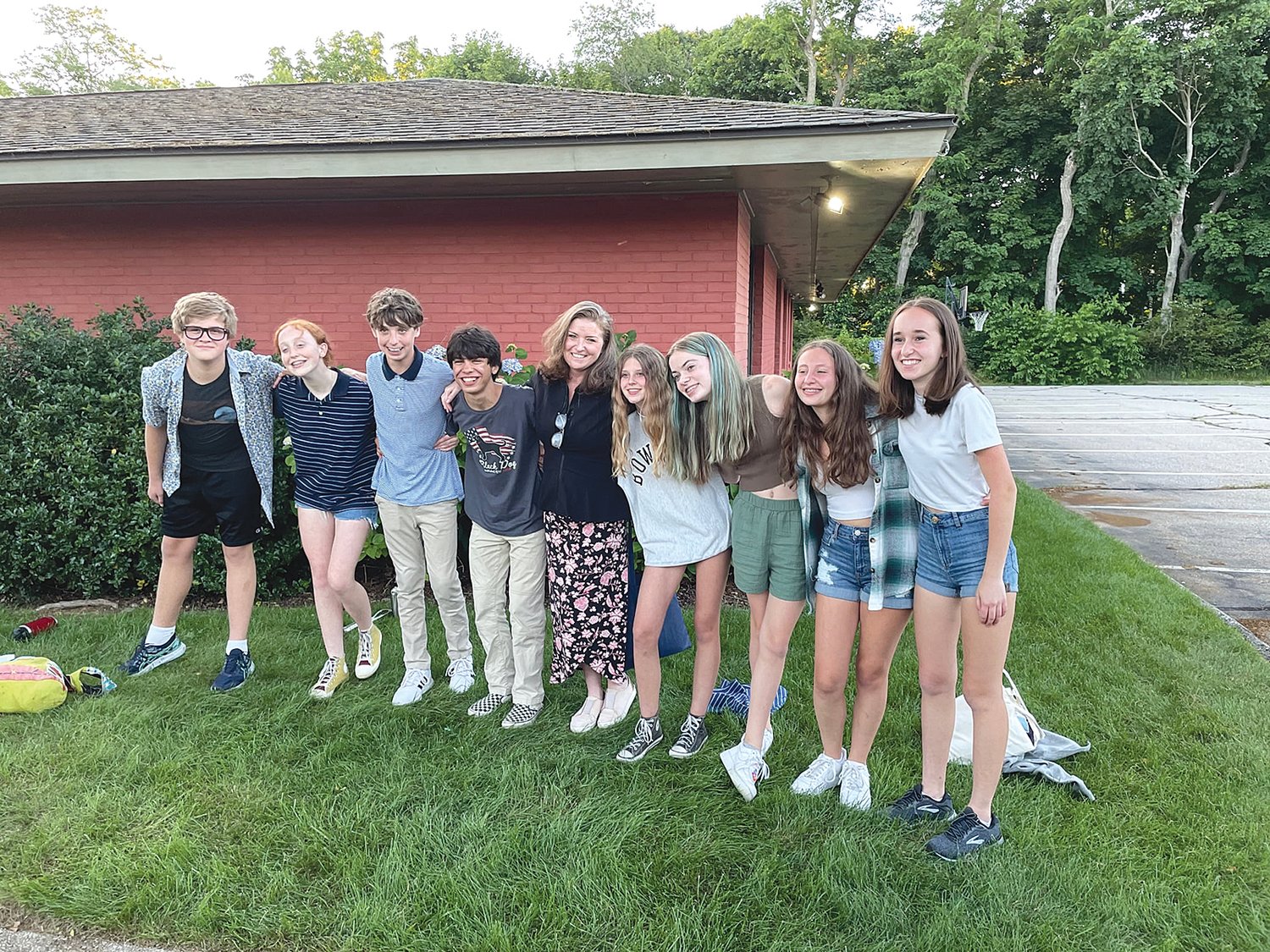 Dena Davis (center) celebrates an outdoor moment with some of her Arts Alive students. 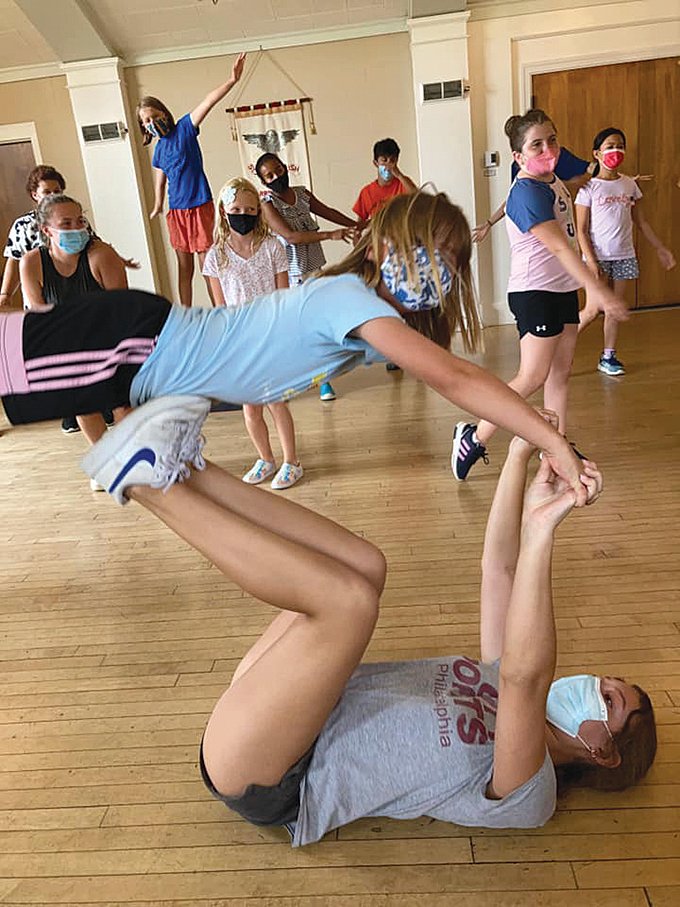 Arts Alive students are still learning and performing, just not in the public schools.
Previous Next
Posted Wednesday, November 24, 2021 12:00 pm
By Scott Pickering

Two years ago, Dena Davis was working with 700 students to conduct five separate Barrington school musicals. This year, she remains barred from the schools.

Davis is founder and inspirational leader of Arts Alive, a private entity that had built up a massive presence in the Barrington school system. She and her small team had an agreement with the school district, where they promoted, organized, rehearsed and staged musicals in five separate schools, for students in Grades 1 to 8.

Families paid their own fees to register their children, and every spring Arts Alive would stage remarkable performances featuring elaborate sets, vivid costumes, and children showing talent and choreography that was beyond their years. Many of the shows were “must-see,” played before packed crowds in the Barrington High School auditorium.

Covid obviously interrupted all that — literally and abruptly. Several of the spring 2020 shows were ready for the stage when the shutdown occurred.

Since then, Arts Alive has been told it cannot resume activities. They remain hopeful, but they do not have any indication that things will change anytime soon.

Arts Alive still exists. They run private classes, host summer camps and stage small performances with children throughout the year. They are based in the Cutler Mill in Warren. To continue operating, they must comply with state guidelines, which Davis said they are doing regularly.

“We’re talking to RIDOH all the time,” Davis said. “We have all the protocols in place.”

Davis worries about what is lost while they remain on the sidelines. So many of their students join Arts Alive in the first grade and stay with them for years, learning how to sing or dance or work on the crew of a large production. They are now in their third year of lost experiences.

She says there is also a loss of community.

“It’s not just the students,” Davis said. “We normally have so many parent volunteers, parents working backstage … All of that has been lost, too.”

Davis is not entirely clear why they have not been allowed back in. Since all their participants would be required to follow all school protocols, she assumes it has to do with a ban on outdoor groups using school facilities. However, a typical Arts Alive production is composed entirely of students from the same school, with parents of those same children, and fewer than five Arts Alive “outsiders.”

“We’re prepared to do separate pods, to create stable grouping, to do whatever we have to, to get back in the schools,” Davis said. “At the end of the day, the majority of the kids are vaccinated, as is all of our staff. I just hope they will let these kids perform.”