The Rev. Marinaldo Batista died from COVID while traveling to Brazil

Thanks to the efforts of local artist Richard Kaiser, the memory of the late Rev. Marinaldo A. Batista will live on in the hearts of the many parishioners he served faithfully at St. …

The Rev. Marinaldo Batista died from COVID while traveling to Brazil 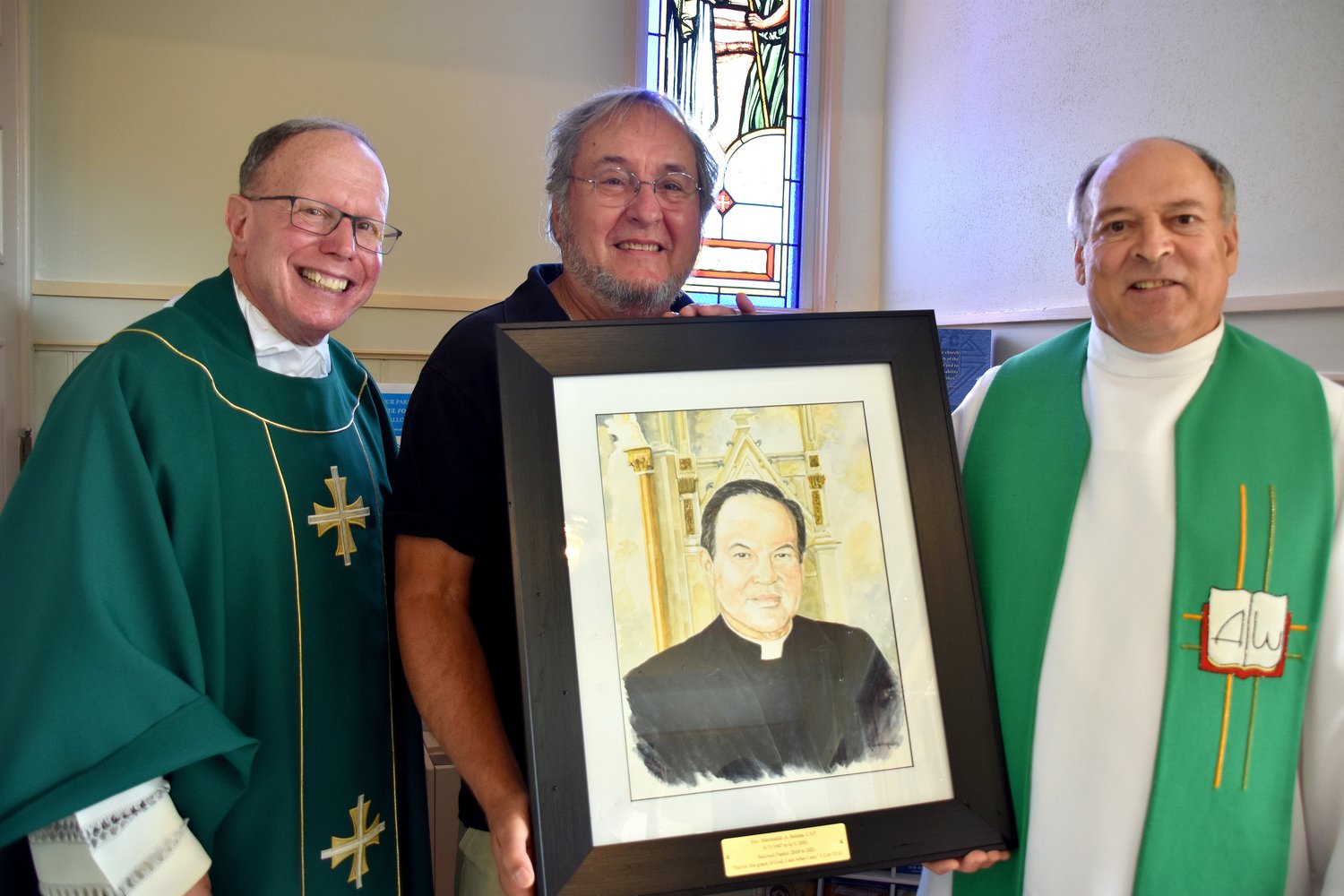 Thanks to the efforts of local artist Richard Kaiser, the memory of the late Rev. Marinaldo A. Batista will live on in the hearts of the many parishioners he served faithfully at St. Elizabeth’s Church for nearly three and a half years.

Mr. Kaiser painted a portrait of Father Marinaldo, and he generously donated it to the parish recently. It now hangs proudly in the vestibule of the church.

Father Batista met an untimely death on April 1 (Holy Thursday) while visiting family and friends in his native Brazil. After losing his mother and father to the COVID-19 virus, Father Batista was also stricken with the same infectious disease a short time later. His death shocked parishioners, many of whom were visibly shaken by the news.

At the conclusion of the Mass, Father Zinno blessed the framed portrait, which was then carried to the vestibule area of the church by Holy Ghost Mordomos Eduardo Jorge Pereira and Filomena Pereira, where the painting is now permanently on display.

Father Zinno said Father Marinaldo was special in every way and is dearly missed.

“When Fr. Marinaldo and I first met, I was so impressed by his demeanor and his passion for ministry,” he said. “I thought to myself, this is a great priest, and he will be an awesome pastor for St. Elizabeth’s. I would often see people from St. Elizabeth’s who would say to me, ‘oh we love Fr. Marinaldo so much,’ and I would say, ‘you are very fortunate to have him as your pastor.’ ”

Father Zinno continued, “When he died on Holy Thursday, I was so filled with sadness. I went to St. Elizabeth’s Church to pray, as is the custom on Holy Thursday night throughout the world. So many people were there mourning the loss of their beloved friend. You could feel the sadness in the Church that night. Bristol indeed has loss a great servant of God.”

Figuring Father Marinado would be coming back to his parish here in Bristol after his trip to Brazil, Father Rocha never expected to be in charge of pastoral duties at the church.

“It was a shock to all of us,” said Father Rocha, who since Father Batista’s death, has worked tirelessly in helping the parish run smoothly. “Father Marinaldo asked me to replace him for one month while planning to go to Brazil this past January, and I’m still here.”

“We thank Mr. Kaiser for this wonderful tribute to Father Marinaldo,” Father Rocha added. “It is a beautiful painting that all of us here at St. Elizabeth’s will truly cherish.”