Housing unit is aimed at LGBTQI+ elders and loved ones

EAST PROVIDENCE — The council, at its July 19 meeting, gave the second of two mandated approvals to an ordinance authorizing a Tax Incremental Financing agreement, a “TIF,” between …

Housing unit is aimed at LGBTQI+ elders and loved ones 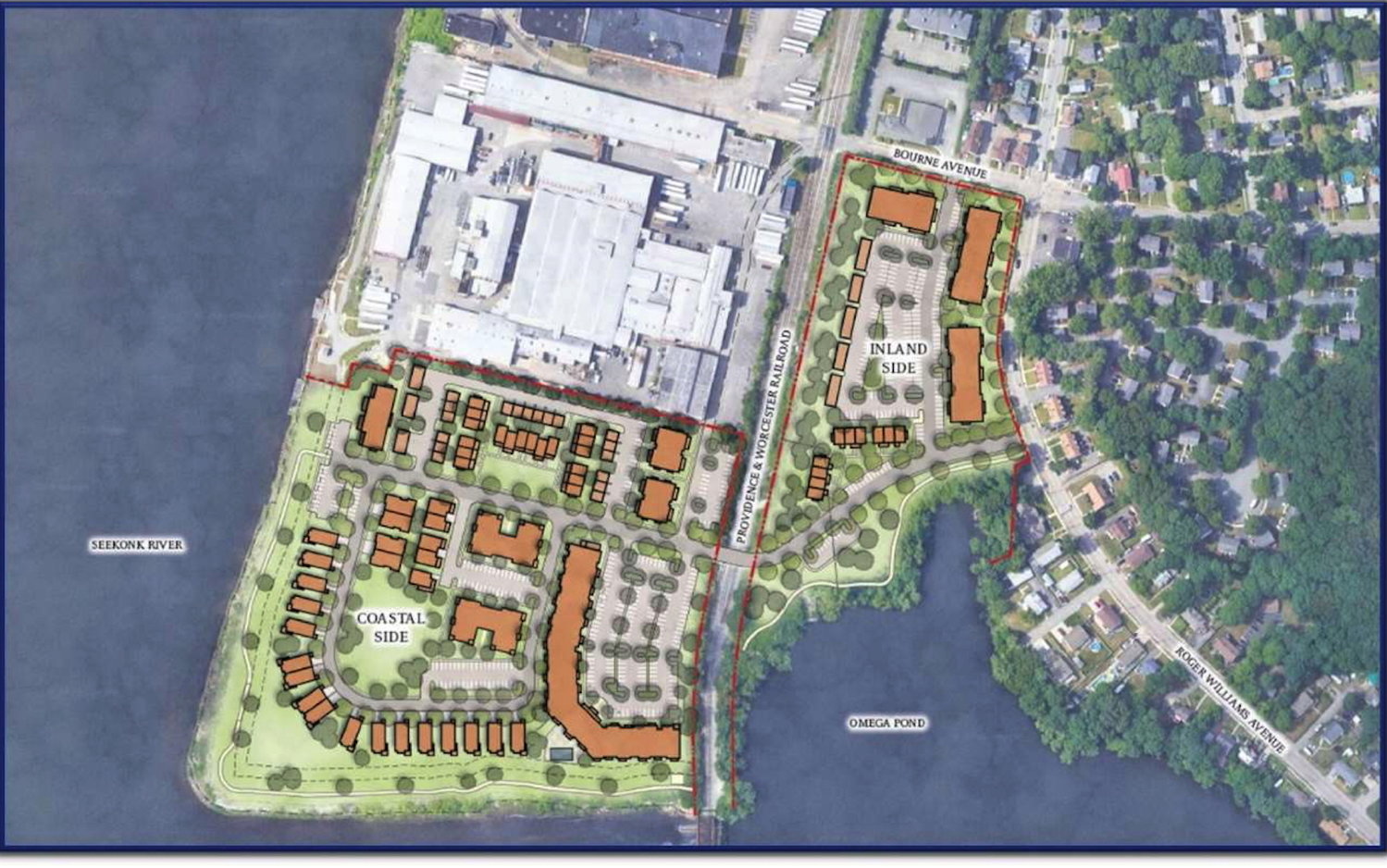 EAST PROVIDENCE — The council, at its July 19 meeting, gave the second of two mandated approvals to an ordinance authorizing a Tax Incremental Financing agreement, a “TIF,” between the city and the developers “East Point” project in Rumford, amending the initial pact to include a new partner, the local non-profit Aldersbridge Communities.

“Aldersbridge at East Point” is now part of the endeavor, a four-story, modern apartment building with 39 units of affordable, independent living-style housing for LGBTQI+ elders and their loved ones.

Representatives of Aldersbridge and Noble Development LLC, the lead developer, made their first presentation to the council on the amended proposal at the body’s June 21 meeting. They made follow-up comments last week. Aldersbridge is partnering with Barbara Sokoloff Associates (Providence) and ONE Neighborhood Builders (Providence) on the building.

Currently, funding is being finalized from multiple sources including tax increment funding from the City of East Providence and a traditional bank construction loan.

A Low-Income Tax Credit from Local Initiatives Support Corporation (LISC) has already been received for pre-development work to pay for the architectural design and engineering work.

ONE Neighborhood is and has been very active in city recently, redeveloping Sutton Place on Sutton Avenue and about to begin construction of a new affordable housing complex at the site of the former VAMCO jewelry factory on Bullocks Point Avenue.

“We are excited to partner with ONE Neighborhood Builders in developing the very first LGBTQIA+ community for older adults in Rhode Island,” said Richard Gamache, chief executive officer of Aldersbridge Communities. “Our Board of Trustees has been working for some years now to find an ideal location, and it is now a reality. We’ve been caring for low- and moderate-income older adults in East Providence for over 50 years. This project symbolizes our continued respect and commitment to provide quality affordable housing for those who call our communities home.”

The council gave initial approval of the TIF with Noble, a subsidiary of the Churchill & Banks realty firm that owns and developed the Kettle Point land off Veterans Memorial Parkway, back in March of this year.

Since, the proposals were vetted by the East Providence Waterfront Commission and independent architectural and engineering firms, gaining approvals from each of the entities and individuals involved.

All in, Noble and the city agreed to a total TIF in the amount of $22,250,000 to help repurpose the former Washburn Wire/Ocean State Steel property abutting the Seekonk River and Omega Pond into a residential development known as “East Point.”

Noble will use the bulk of the TIF monies ($17,245,108) to build and install all of the necessary infrastructure. The largest single cost is for the construction of a 30-foot wide main entry way into the parcel off Roger Williams Avenue ($4.5 million) over the still active Genesee & Wyoming Railroad (formerly Providence & Worcester) line that bisects the location.

A TIF functions in the following manner: A municipality issues bonds in lieu of tax receipts at a lower interest rate than can be procured in the private sector. Then a larger portion of the property taxes initially collected from the location is used to pay off the bonds with the remainder going into the city’s general fund. As the bond payments decrease and the project moves towards completion, the city’s revenue share grows commensurately.

Asked about where the overall stands currently by At-Large Councilor Bob Rodericks, Joshua Berlinsky, a Managing Partner is DarrowEverett LLP of Providence representing Noble, said the developer expects to close on the property sometime next month, August 2022.

Berlinsky quipped he and is associates were “stressfully working towards” completion of the transaction.

Berlinsky continued, saying Noble expects construction to start on the new main access road off Roger Williams Avenue to begin “immediately” or “as soon as workers are available.”

The incarnation of East Point approved by the commission would include a total of 384 units, broken into two sections called “inland” and “coastal” bisected by the Genesee & Wyoming Railroad line and abutting the Seekonk River.

The clusters would include a mixture of structures: single-family, townhouses or duplexes, smaller apartment buildings and one large apartment complex composed of 136 units. Some 18 single-family homes would be situated near the shore of the river in the coastal portion, the larger of the two adjacent to the rear of the Phillipsdale Landing site.

The design calls for private parking for all of the single-family and townhouse/duplex units and “car barn” garages for some of the smaller apartment buildings. The inland, also known as “Omega,” would have predominantly rental units. The coastal, or “Seekonk” side, would be mostly owner-occupied single-family residences.

Coastal greenways are part of both clusters and portions of the property include environmental land use restrictions, areas that will be kept as “green” spaces. There would be public access to portions of the coastal cluster, including walkways and sitting spots.

Berlinsky said the overall project completion timeline is four to five years, but the first units to be finished are anticipated to be in the late spring/early summer of 2024 if not earlier.

“All things being equal shovels in the ground in September and October,” Berlinsky said. He added, “The goal is to start building right away.”