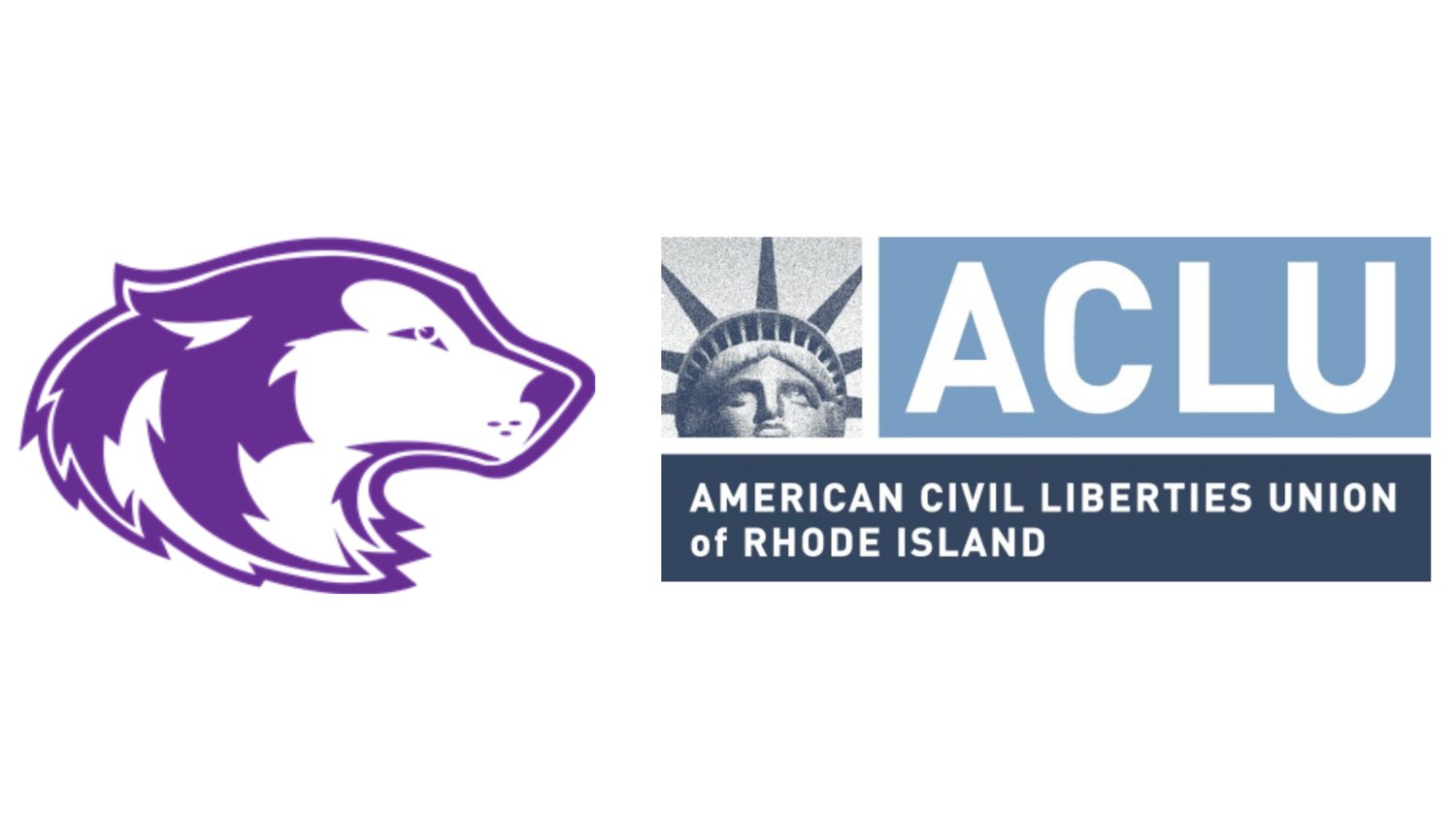 All data was acquired via open records requests from the ACLU to the Rhode Island Department of Education (RIDE). Districts are required to submit this data by law each year. It should also be noted that these data count each case of suspension only — regardless of whether they were incurred by the same student. As a result, it is possible that outlier cases can skew the data if there are chronic offenders. The ACLU tries to mitigate this by comparing data year-to-year.

A call for consistency among school committee
The letter also makes reference to the Bristol Warren School Committee’s recent decision to deny a contract for Simona Simpson-Thomas, a Black educational consultant, to conduct professional development within Mt. Hope School for a project-based learning initiative. It likewise references the subsequent student response of staging protests and calling for the resignation of school committee members who voted down the contract, though the ACLU did not take a position on whether those members should resign.

The letter says that, since the rejection of that contract was, “based at least in part on stated concerns about racial equity”, that, “we felt it important to point out, in no uncertain terms, that – at least in the matter of disciplinary practices – students’ declarations of racial bias in the school district have a clear factual basis.”

The letter’s reference to school committee comments on the contract denial likely point directly to comments made by Sheila Ellsworth, committee treasurer, who stated during the late-October meeting: “My concern is more that, are we making sure that every child within our district, regardless of race or color or religion, is treated the same and fairly?”

The ACLU letter stated if that position were a primary concern, the committee would subsequently take great interest in investigating the suspension data.

“This past month’s controversy over the teacher training grant appeared to founder over questions from some committee members as to whether the consultant or the project would treat all students equally on the basis of their race,” the letter continues. “We trust that the committee will be as deeply distressed about these racial disparities in school discipline and recognize the need to act expeditiously to address the issue. The continued implementation of a disciplinary system that has such a disparate impact based on students’ race is clearly not a system providing equal opportunities to students.”

A statewide trend
The letter, and a followup interview with one of the letter’s signees, ACLU policy associate Hannah Stern, revealed that the data for Bristol Warren is not an isolated case in Rhode Island regarding the disproportionate punishment of minority students.

Among nearby school districts, data from 2018-19 shows that Black students in East Providence were suspended one and half more times than expected relative to their population within schools (11.4 percent of the district was Black versus 17.2 percent of total suspensions being served by Black students). Hispanic students in Portsmouth were nearly two times as likely at being suspended relative to their population in the district. Hispanic students in Tiverton, despite comprising only 2.08 percent of the student body, accounted for nearly 7.7 percent of all suspended students.

“While your school district is far from alone in the state in meting out unequal punishment to students of color, the contretemps over the proposed hiring of Ms. Simpson-Thomas provides a seamless segue for the school committee to examine, and address, the incontrovertible disciplinary racial disparities that exist in your district,” the letter states.

Stern said that these suspension trends remain consistent when looking at subjective disciplinary action, meaning less tangible offenses such as “insubordination” or “disrespect”, in addition to more concrete offenses like incidents of violence or bringing contraband into school buildings.

Calls for action
The letter calls on the Bristol Warren School District administration and school committee to immediately conduct a critical look of the data and attempt to mitigate discriminatory punitive outcomes wherever possible.

“We think it’s important that the school district examines and acknowledges longstanding trends they’ve had with their own suspension practices,” Stern said. “I think this is something all school districts should pay attention to, but especially Bristol Warren in this instance.”

While school districts have consistently abided by a law passed by the Rhode Island General Assembly in 2016 that charged school districts to compile punitive data as it pertains to different demographics, including minority students and students with disabilities, Stern said that schools have not been submitting accompanying reports meant to identify problematic trends in punishment or means to correct those trends.

“There has not been a single report filed with RIDE since that passed,” Stern said.

Stern said that, although she anticipates there will be resistance to tackling the issue, Bristol Warren could buck the trend by examining the topic in earnest.

“Nearly every district has disparities, either by racial means or for those with disabilities,” she said. “It’s a really disturbing trend that is not unique to Bristol Warren, but would really behoove Bristol Warren to do, in order to show this is something they’re actually examining and not just tossing to the side.”

The Bristol Warren Superintendent’s office said on Monday that they had received the letter and were “following up internally.”