'Absolutely, it was racism’

Simona Simpson-Thomas, who was chosen to lead professional development for Mt. Hope High School but was rejected by a 5-4 vote of the school committee, responds to the incident.

'Absolutely, it was racism’ 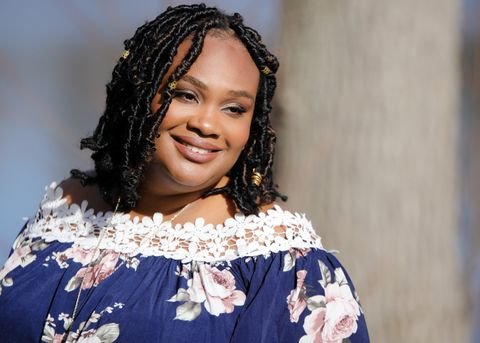 Simona Simpson-Thomas wasn’t aware that a proposal to have her lead a teacher training program at Mt. Hope High School was denied by the Bristol Warren School Committee until she was asked to comment on that decision the following morning.

Before responding to this newspaper, she watched an online recording of the Oct. 25 meeting, where two Bristol Warren Regional School Committee members — Sheila Ellsworth and Tara Thibaudeau — said they were not voting in opposition to the concept of project-based learning, but out of concern for Simpson-Thomas being the vendor.

Once she had seen the meeting, Simpson-Thomas, who wears her outward appearance to the world as a black woman with “a badge of honor,” had plenty to say.

“Absolutely, it was racism,” she said, stating that she was not invited to speak before the committee during the meeting, nor was she contacted ahead of time to address any questions regarding her qualifications or how the professional development work would be conducted.

“I didn’t have a chance to be at the table. I didn’t know my identity and my work would be in question,” she said. “I’m watching my own life and my own experiences of almost 20 years through a YouTube video and having my character questioned.”

Simpson-Thomas was brought to the district by Mt. Hope High School Principal Deb DiBiase and her team to lead a series of training sessions with high school faculty on project-based learning. Simpson-Thomas would help establish and train a leadership team for the program, who would then champion the concepts to be carried out by the full faculty.

Ellsworth and Thibaudeau explained during the meeting that they were “uncomfortable” with awarding the contract after reading Simpson-Thomas’s biography, which emphasizes her history of improving outcomes for Black and Brown students.

They also mentioned reviewing the website for Freedom Dreams, an advocacy organization founded and led by Simpson-Thomas that is “committed to realizing the dream of freedom by building intentional, innovative and sustainable systems designed to empower Black and Brown excellence.”

Ellsworth went a step further to express concern that Simpson-Thomas’s stated mission to empower Black and Brown students might promote inequity in how problem-based learning initiatives would be carried out in the school. The comment drew a sharp derision from DiBiase, who said she was offended that a school committee member would insinuate that she would endorse a program where some students were treated differently than others.

She was an elementary and secondary school teacher at the Highlander Charter School in Providence from 2005 to 2016, and in 2014 became the school’s Director of Multiple Pathways, responsible for developing comprehensive pathways curricula. In 2016 she took on a role as the Director of Multiple Pathways for the Providence Public School Department, which she performed until 2020. She started Freedom Dreams in September of 2020, through which she has worked as a curriculum developer for the Rhode Island Department of Education.

As outlined in the documents supplied to the school committee from DiBiase, the professional development performed by Simpson-Thomas would include 10 sessions, spanning from October 2021 to June of 2022, to set up the structure of the program’s leadership team and cover a wide range of training topics. Only one of those sessions specifically mentions meeting “the needs of the most marginalized students.”

“It is a part of the work to make sure that we’re doing right by all students,” Simpson-Thomas said. “I don’t want to undermine the importance of this work [advocating for marginalized communities] for me, but I want to make clear that my whole entire strategy is to work with teachers to implement practices that work for all kids.”

The $7,000 request from 2021 Rhode Island Principal of the Year, Deb DiBiase — which would have been wholly paid for through a grant received in 2019 by the XQ Institute — was voted down by a 5-4 vote, split along a voting line that has become familiar to those in the community.

Simpson-Thomas said that the ability for five members of the committee to usurp the wishes of the district to perform this training was an example of majority power being used to promote bigotry and perpetuate racism.

“Despite the community saying this is what we want … No one had a voice because that group was able to dominate the space,” she said. “There was no sound data, or an invitation to ask probing questions about my so-called agenda. Without having me at the table or any research or data or reason, it makes me challenge everyone to ask themselves —is it my work, is it my qualifications, or is it my identity?”