A place of honor for the Bristol veterans

With the Memorial Garden outside their door, Bristol’s Veterans Council gets a grand new home in the Burnside Building

They’ve had to pack up and move a lot of times over the years, but the Bristol Veterans Council may have finally found their forever home. According to Veterans Council Vice President Karl …

A place of honor for the Bristol veterans

With the Memorial Garden outside their door, Bristol’s Veterans Council gets a grand new home in the Burnside Building 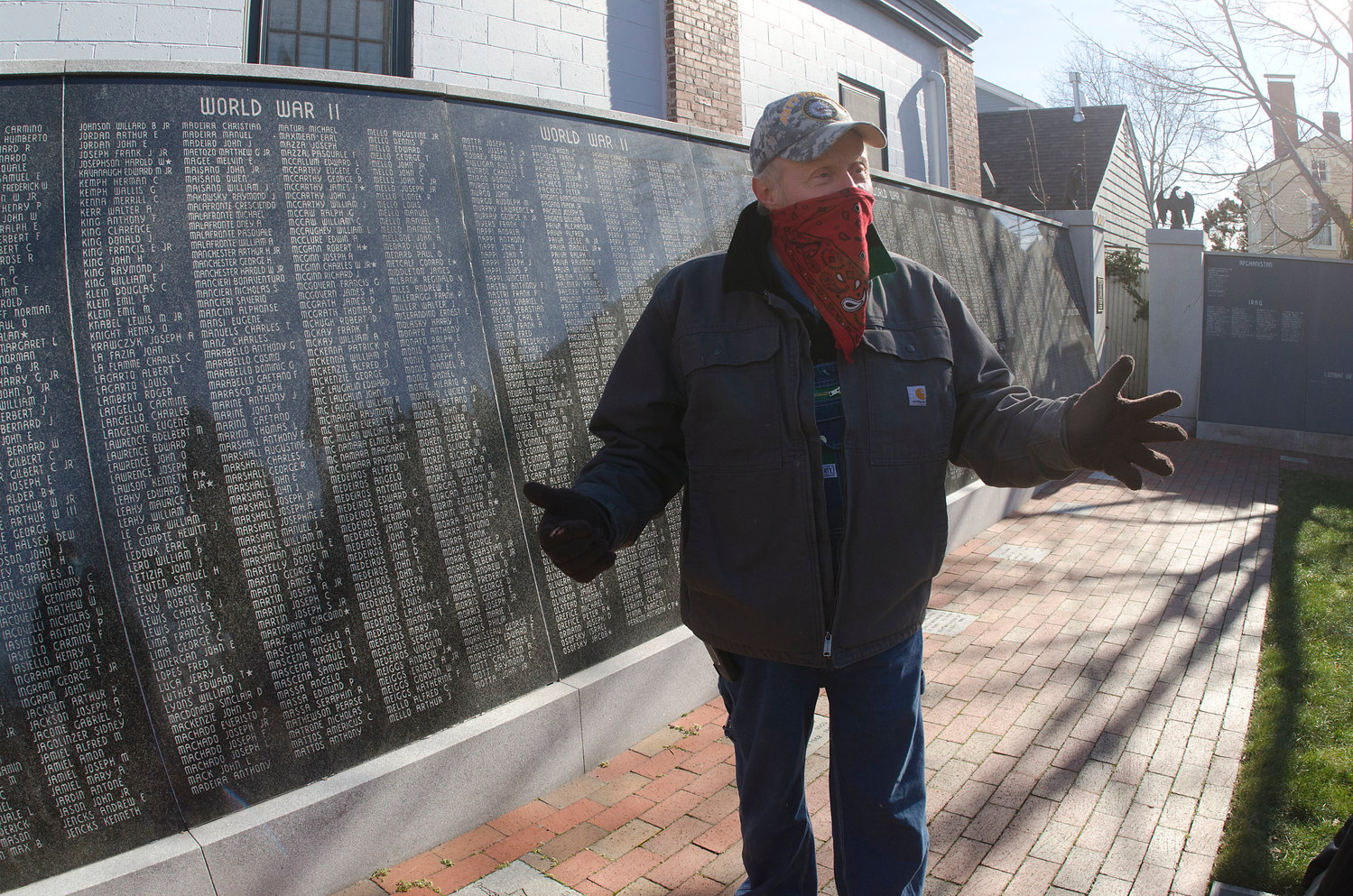 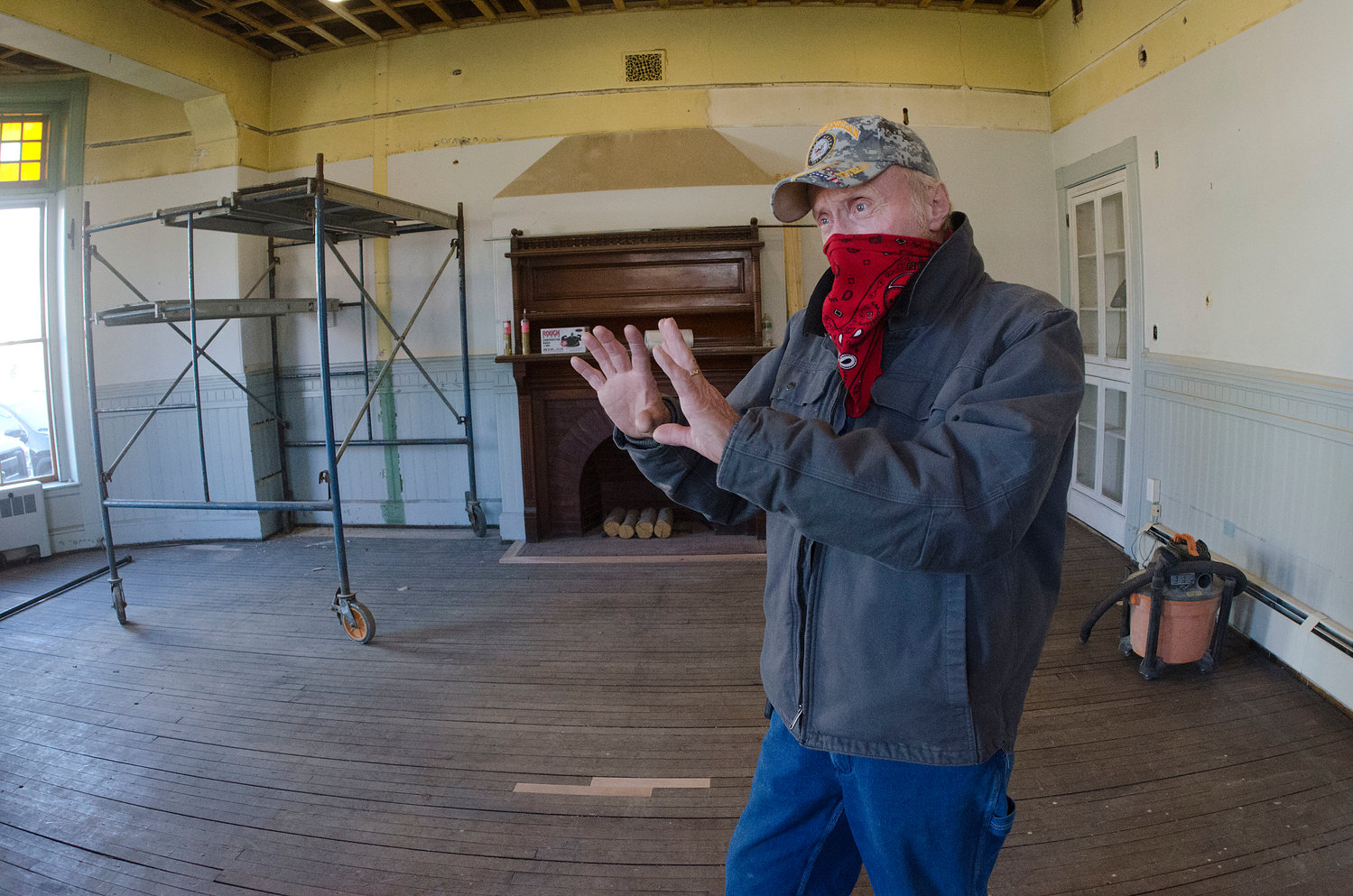 They’ve had to pack up and move a lot of times over the years, but the Bristol Veterans Council may have finally found their forever home. According to Veterans Council Vice President Karl Antonevich, who also serves as the Commander the local VFW post, years ago the Council was housed at the former American Legion building on the north side of Franklin Street, between Hope and High streets (now a private home).

Then, they were moved to another (formerly) public building on Hope Street, across from the entrance to Colt State Park, and then to the former Bristol police station, now the Community Development offices, on Court Street. Most recently they were in the Reynolds School building on High Street.

Not that it’s hard to move — they don’t have a lot of things — but it’s certainly inconvenient. So it was a welcome call when Mr. Antonevich and Veterans Council President Joseph Diniz heard from Town Administrator Steven Contente that he had some prime real estate he wanted to make available to them.

The north side of the first floor of the Burnside Building was most recently the winter office space for the town’s Recreation Department, which would pull up stakes and move to the Town Beach in the warmer months. In those days, the space was divided into three rooms, with drop ceilings.

“They’s torn out the walls and drop ceiling, and they’ll be plastering and painting, then refinishing the floors last,” Mr. Antonevich said, gesturing to the original wood flooring underfoot. They expect the work to be completed within the next couple of weeks. “This is going to be very, very nice,” he said.

The Veterans Council doesn’t have a big budget, but they do have some big responsibilities in town. They include maintaining the Memorial Garden adjacent to the Burnside Building, the 23 street-side memorials throughout town (the newest one, honoring Sgt. Andrew McKenna, is just south of the VFW on Hope Street), and organizing the Memorial Day Parade as well as the Third Division of the Fourth of July Parade.

“We’ve got a lot going on,” said Mr. Antonevich.

In addition to hosting the Council’s monthly meetings, the new headquarters will provide consulting space for Steve Skuba, a local veterans’ advocate, as well as a doctor who works at the Rhode Island Veterans’ Home.

The location is particularly significant due to its proximity to the Memorial Garden, an oasis of reflection in the middle of downtown, featuring the names of war heroes from throughout Bristol’s history. “It’s a nice place for people to come. People respect it,” said Mr. Antonevich.

Walking past the pavers, stones and slabs engraved with hundreds of names, Mr. Antonevich pointed out the names of vets past and present. “These are my son’s friends, who served in Iraq and Afghanistan,” he said of one group. “And these,” he said of another. “These are the guys who gave us guidance. They’re gone now … These are good friends.”

The next big change to the memorial garden will be the addition of a large stone in honor of veteran victims of suicide.

“That’s the next stone we are going to add, and we have approval and funding for it; we’re just trying to come up with the right words to engrave it with.”

Mr. Antonevich, himself a Vietnam veteran from the end of the war who was there the night the last bombs were dropped and the armistice began, is motivated by purpose and the example set for him by those who came before. “I’m in it because these World War II and Korean War veterans keep us inspired,” he said. “We all help each other.”