PORTSMOUTH — Despite the damp and chilly weather, 109 volunteers came together to remove 629 pounds of trash from Gull Cove in just two hours on Saturday. 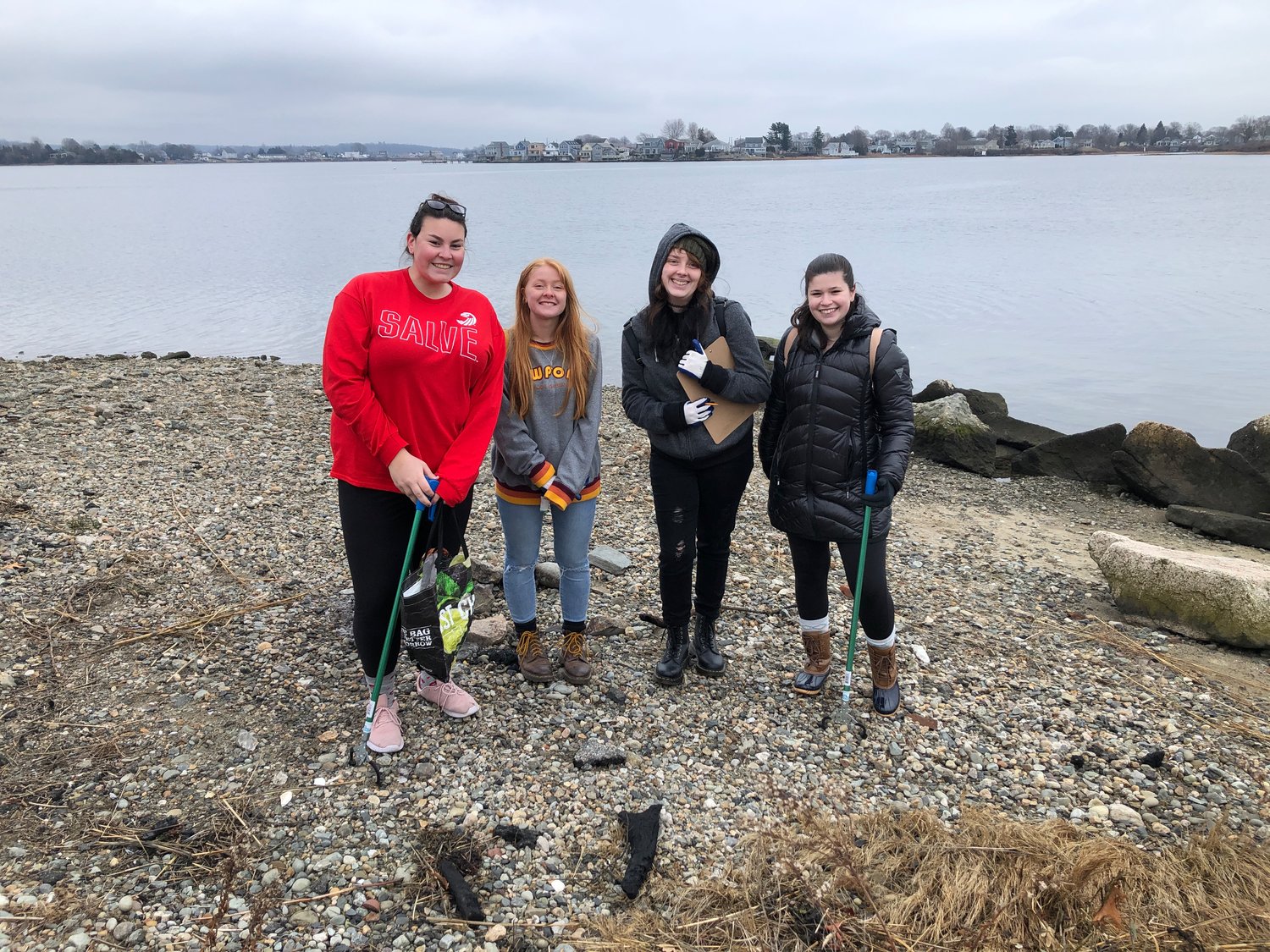 Students from Salve Regina University were among the volunteers who helped out at the Gull Cove cleanup on Saturday. 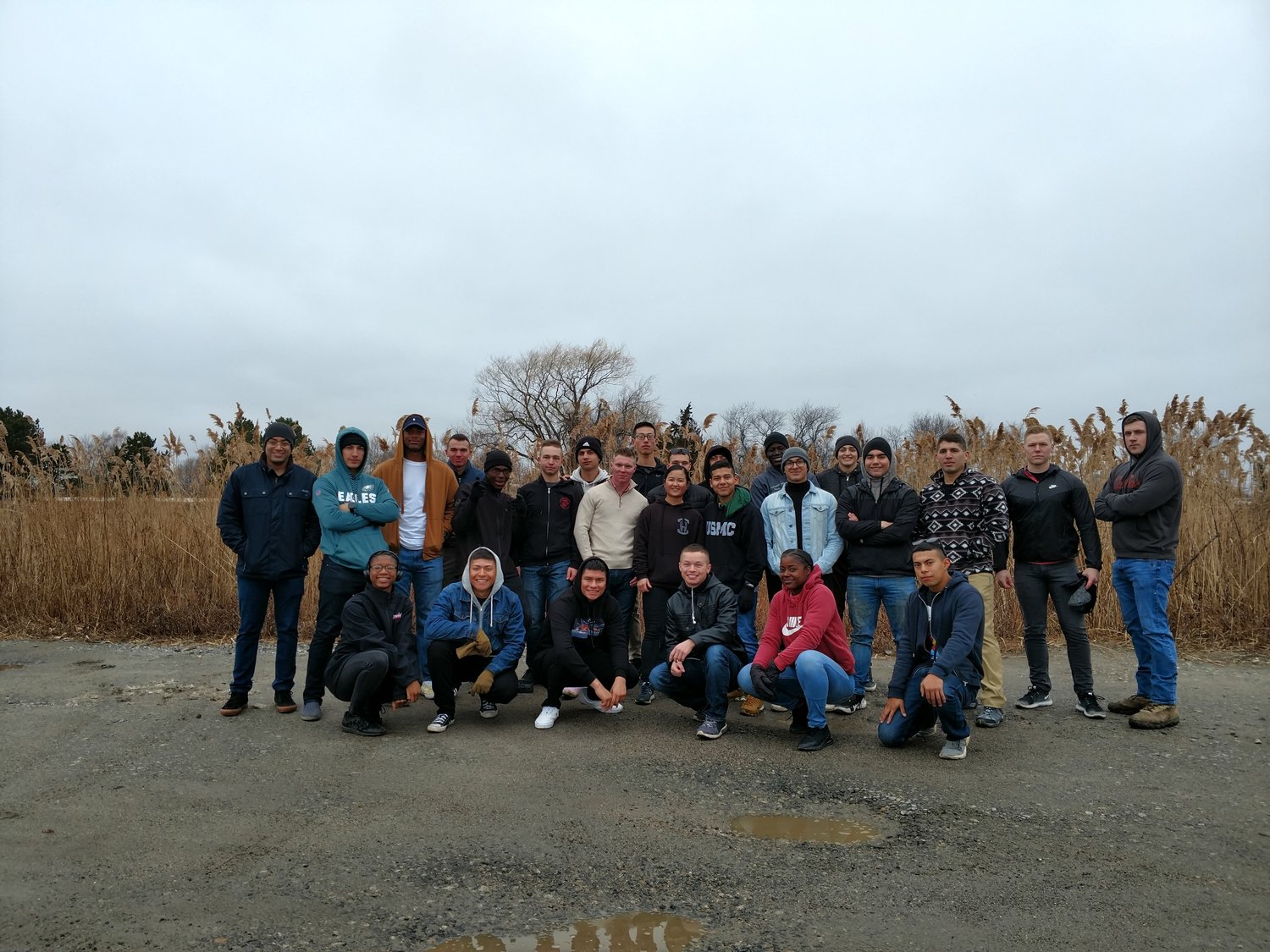 More than two dozen students from the Newport Navy Academy volunteered at the cleanup.
Previous Next
Posted Tuesday, February 4, 2020 10:55 am

PORTSMOUTH — Despite the damp and chilly weather, 109 volunteers came together to remove 629 pounds of trash from Gull Cove in just two hours on Saturday.

While its views of glass calm waters and wildlife can captivate visitors, the tall brush surrounding the coastal area often hides the somber truth of consistent littering and illegal dumping activity.

Although COA hosted a cleanup at the same location in December, there was still an overwhelming amount of litter collected on Saturday, according to the group. Both new and seasoned volunteers were shocked by the amount of trash they found, COA reported.

A group of three Naval Academy students filled a bag and a half with beer bottles after walking only 10 feet.

Among the hundreds of pieces of Styrofoam and plastics, a notable amount of glass beer bottles and cigarette butts were collected — the latter item still being the most popular among litterbugs.

Since December 2019, Clean Ocean Access has hosted two beach cleanups at Gull Cove, resulting in the removal of 1,179 pounds of debris from the coastline.

COA’s next cleanup will be at Second Beach in Middletown from noon to 2 p.m. on Saturday, Feb. 22.

For more information on ways to get involved, click here.