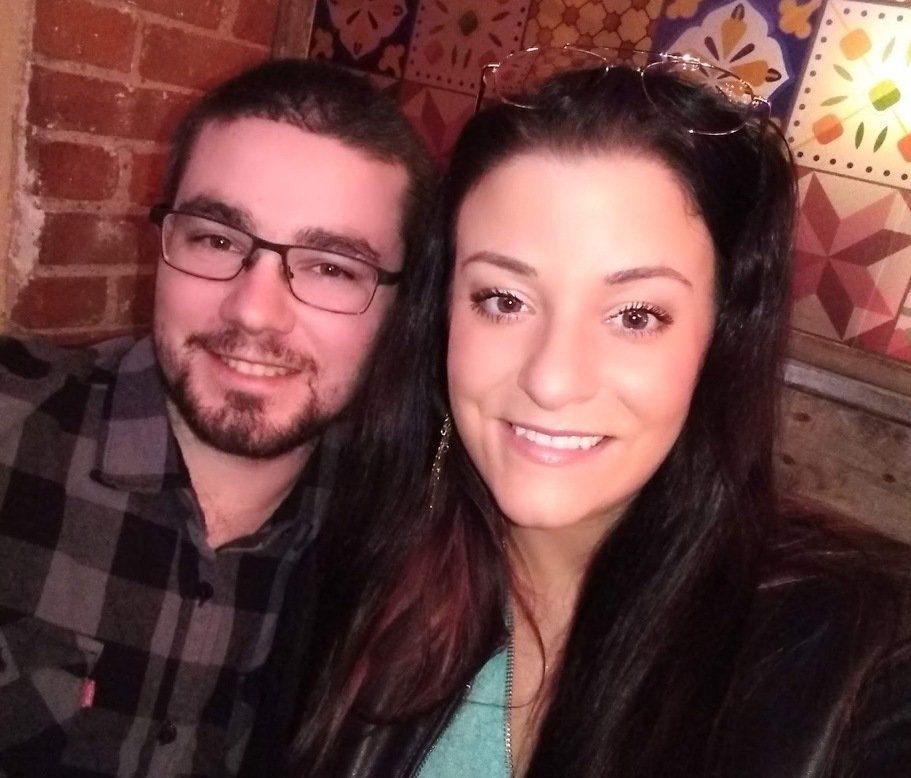 Carlos Cordova, from his Uber profile.
Previous Next
Posted Tuesday, January 4, 2022 10:25 am
By Ted Hayes

First, the good news: A Tiverton couple emerged without a scratch and didn't have to pay for their ride home early New Year's Day. The bad news is their Uber driver got a DUI, marking the first arrest in Tiverton in 2022.

Editor's note: First published at 10:25 a.m., this story was updated at 4 p.m. to include a press release issued by the Tiverton Police Department earlier in the afternoon.

Meg Crispino and her fiance, Ryan Mendonca had spent New Year's eve celebrating in Middletown, first with Mendonca's mom and later, with friends. Around 2 a.m. Saturday, they called for an Uber to take them home.

A few minutes later, they got the call from their driver — Carlos M. Cordova, 41, of Warwick — who was on his way. Immediately things seemed off, Crispino said. First, he whispered into the phone that he was the pizza delivery guy, and he needed help finding their address, she said. He arrived, and they got in.

The ride "was a little swervy, but we figured it was because he was talking to us while he was driving," Crispino said. "It started to get really swervy" as they approached the Sakonnet River Bridge.

"He was way over-sharing information about his life," she said. "He said he'd already been pulled over five times that day. I was like, 'Do I really want to be in the car with this guy?' It was a little odd."

The ride continued over the bridge, and Cordova, in a 2011 Buick Enclave, turned off Route 24 and north on Fish Road.

Behind them, Tiverton Police Officer Nicholas Jamrog, who noticed one of the Buick's headlights out as it passed his traffic post, followed.

He noted that the car was weaving in and out of the lane of travel, the driver erratically applying his brakes as he drove. Officer Jamrod pulled Cordova over on Fish Road north.

"Next thing we know," Crispino said, "the driver has his hands up on the steering wheel. The police officer was like, 'You don't need to do that.'"

When asked Cordova for his license, he said didn't have it — "The Covid test people must not have given me my license back when I got tested," Crispino recalls Cordova saying.

According to a press release released Tuesday afternoon, Officer Jamrog detected the smell of alcohol on Cordova's breath as he spoke to him, and other signs of intoxication. Cordova consented to a field sobriety test but stumbled as he got out of the car, police said, and performed poorly on the test. A chemical test was administered with Cordova's consent and yielded a blood alcohol concentration level of .228 percent — nearly three times the legal limit.

Officers placed Cordova in a squad car, and offered the couple a ride home.

On the way home, Crispino shot a short video of the ride: "Oh my goodness. Chilling in the back of a cop car because our Uber driver had 10 beers before he drove us home."

By the time they got home, it was nearly 4 a.m. Crispino said she received a $129 bill from Uber later that morning but after contacting customer service, the charge was cancelled.

The experience shook them, and she said she and Mendonca are very thankful to the Tiverton Police Department for being alert and delivering them from their driver. Though it's a bizarre story and no one was hurt, the drive could have been tragic, she said.

"Hopefully people who read this won't end up like us, and are more cautious when they get into an Uber."

"I think we're going with Lyft from now on."

Cordova was arraigned on one count of driving under the influence of liquor and released on $1,000 surety bail. He is scheduled to appear in Newport District Court on Thursday.

Note: An email left with Uber Tuesday morning was not immediately returned.