The words on Joe Sousa's white sign, and a drawing of a hand with uplifted middle finger, are clear as day and leave no doubt where the elected Tiverton Budget Committee member … 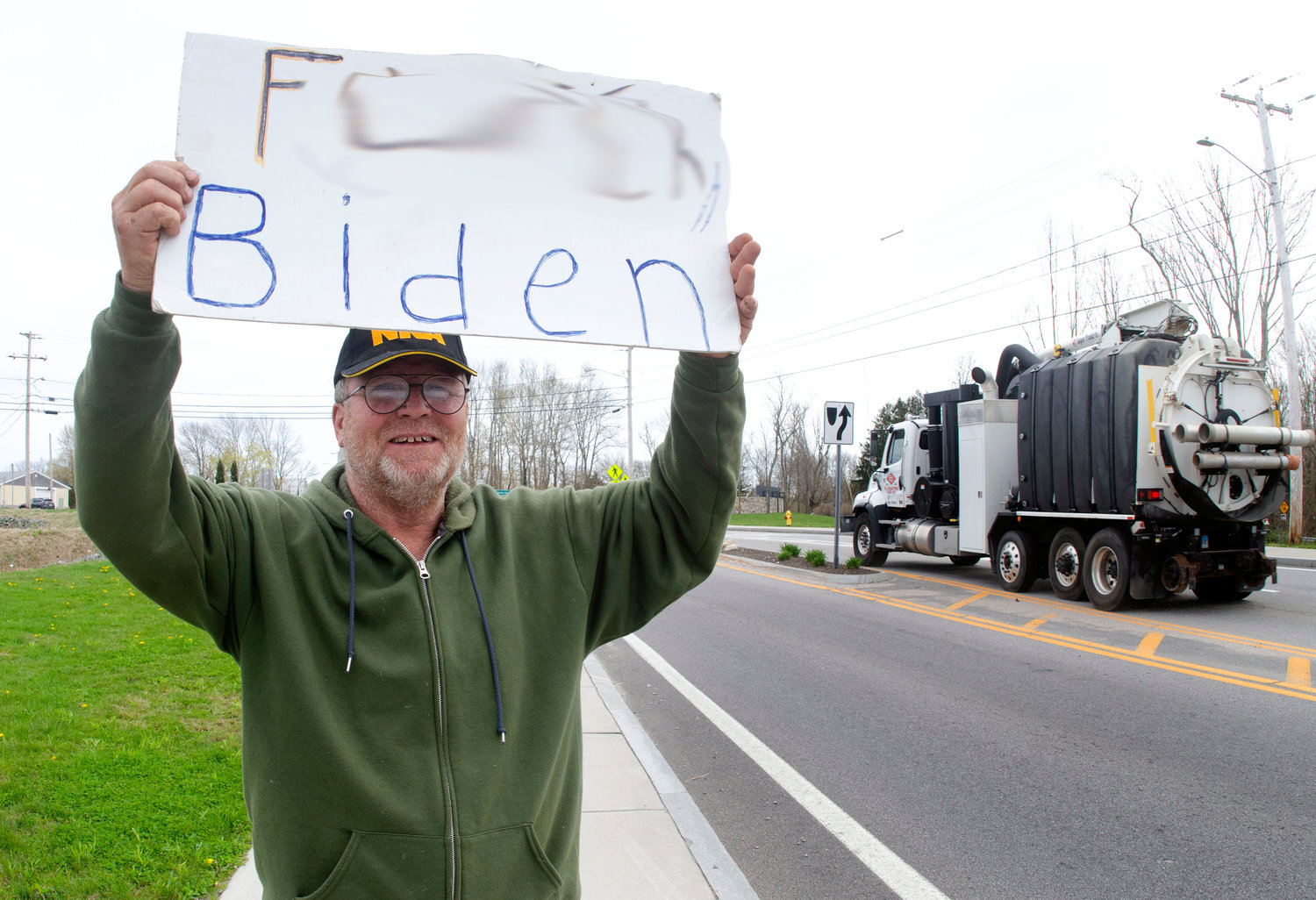 The words on Joe Sousa's white sign, and a drawing of a hand with uplifted middle finger, are clear as day and leave no doubt where the elected Tiverton Budget Committee member stands on President Joe Biden. But the sign, and Sousa's recent public appearances with it across town, are angering members of the Tiverton Town Council and Tiverton Town Administrator Chris Cotta, who said this week that his actions are inappropriate.

"Yes, he does have the freedom of speech but with any freedom we enjoy, we should demonstrate with care and grace," Cotta wrote to the Sakonnet Times this week.

Sousa has recently been seen with the sign near Tom's Market, close to the library and by the casino. He said he tries to get out with it about three times a week, and said it is a clear indication of his deep distaste for the president and the direction the country is headed. He has no plans to stop.

"Let me tell you, I get way more thumbs-up than I do the sour-faced Democrats who want to lecture me," he said Monday.

Though Cotta said he is not taking a stance on any political party and respects Sousa's right to protest peacefully and express his constitutional right, he takes issue with the sign's potential exposure to school children who pass by on bus, foot or car while he is protesting. Cotta said he has received many complaints from others who feel the same way.

"People are really upset that the town's not doing anything," he said Monday. "He does have the first amendment right. But I'm just appalled that he takes those kind of time frames and does it when kids are getting out of school."

While he is unapologetic about the sign, Sousa said he does drop it whenever he sees young children nearby.

"I very much have respect for young children," he said. "Young children, I turn the sign down. Once they're over 10, they've already heard it a million times."

And overall, he said, most of the people who comment on it one way or another support him. He said he regularly gets car horn honks and other gestures of encouragement while he's out.

"I'm putting smiles on faces, let me tell you. I could care less what Chris Cotta says."

Cotta sent the following statement to the Sakonnet Times this week:

"As Town Administrator, I am well aware that we have a person parading along the side of the roads with a sign laden with profanity towards the President of our beloved country.  While I am on no way siding with any political view, I along with every member of the Town Council are outraged by Joseph Sousa’s blatant disregard by using such profanity purposely in front of young children while traversing to and from school on buses or with their parents. Mr Sousa is an elected Budget Committee member in town and his careless and overt actions are not the type of action we should condone or accept. Yes, he does have the freedom of speech but with any freedom we enjoy we should demonstrate it with care and grace!"