PORTSMOUTH — The Portsmouth High varsity football team advanced to the second round of the Division I playoffs after making easy work of Shea in the opener at home last Friday. 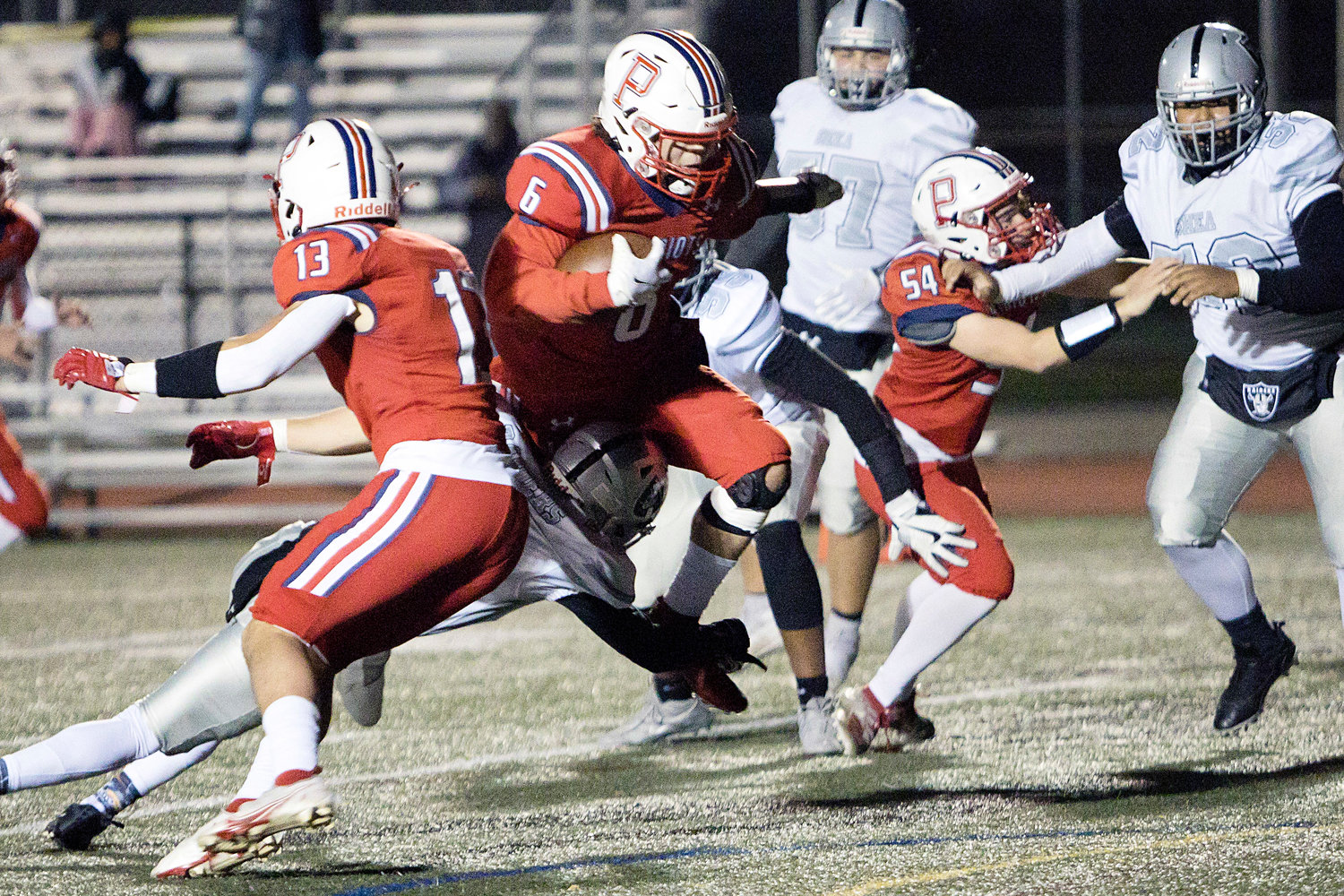 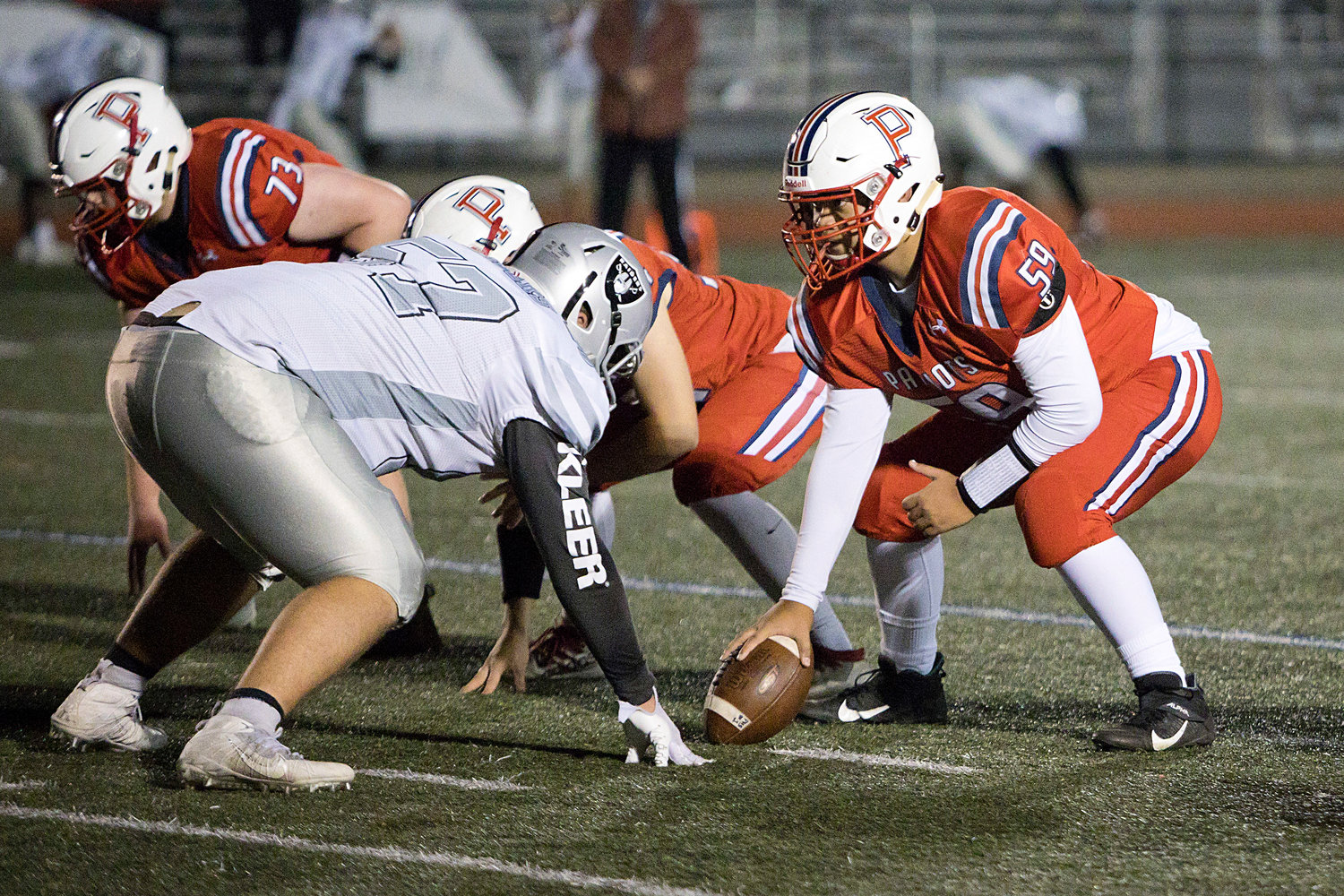 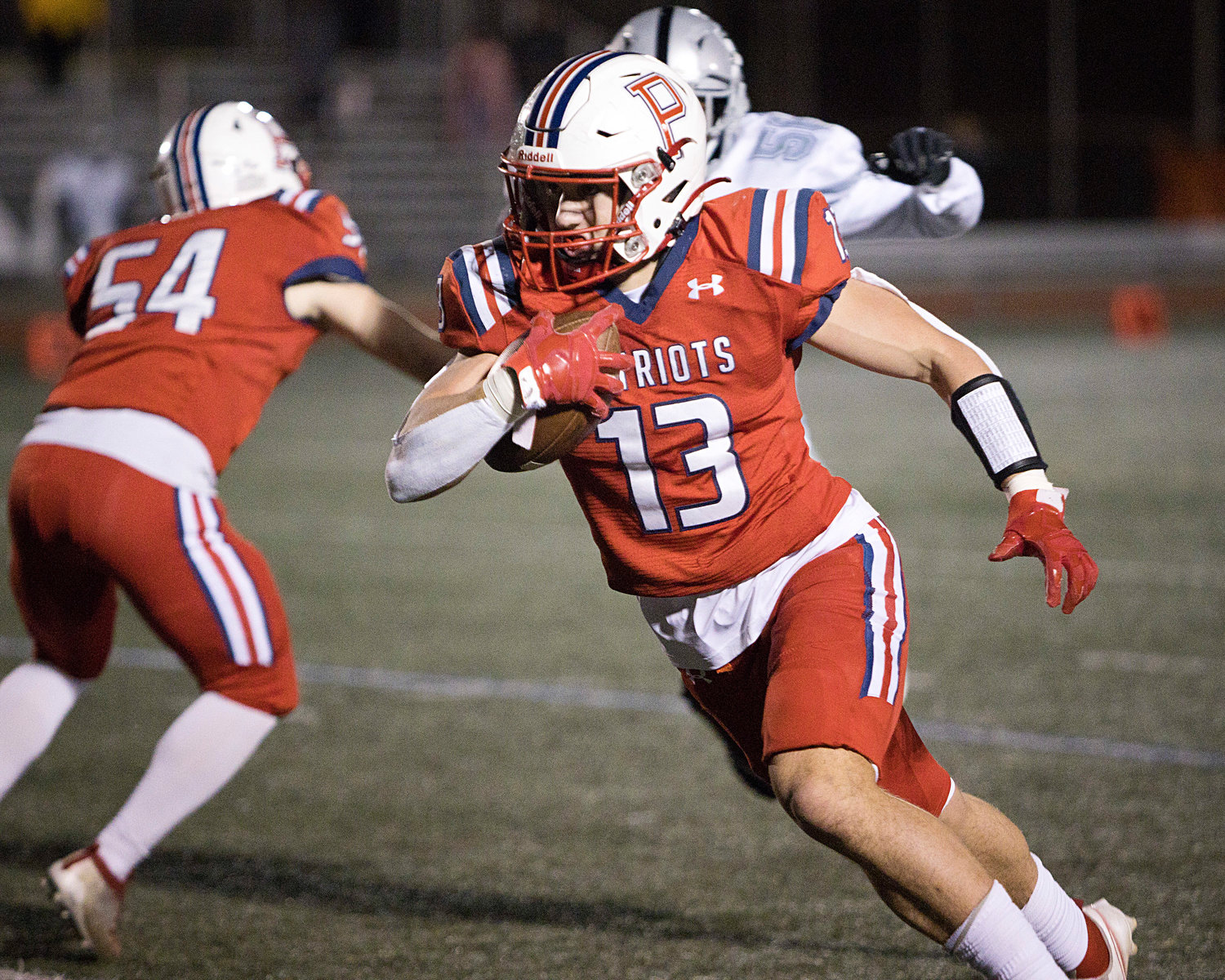 Portsmouth’s Evan Beese runs the ball wide to score a touchdown for the Patriots against Shea.
JULIE FURTADO The Patriots’ Dylan Brandariz runs around the Shea defense for a rushing gain.
JULIE FURTADO 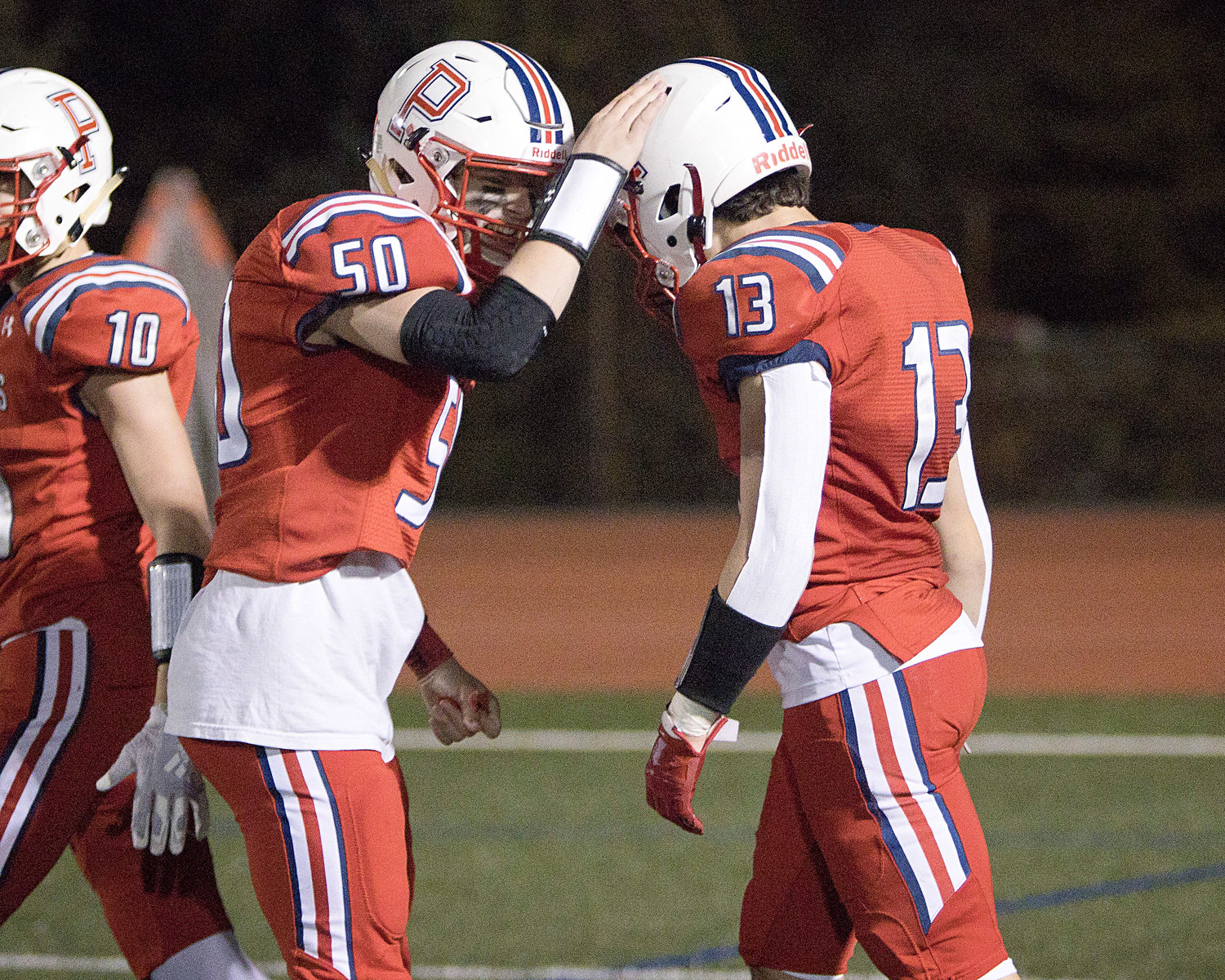 Evan Beese (right) is congratulated by Henry Rodrigues after picking off a pass on Shea’s opening possession.
JULIE FURTADO 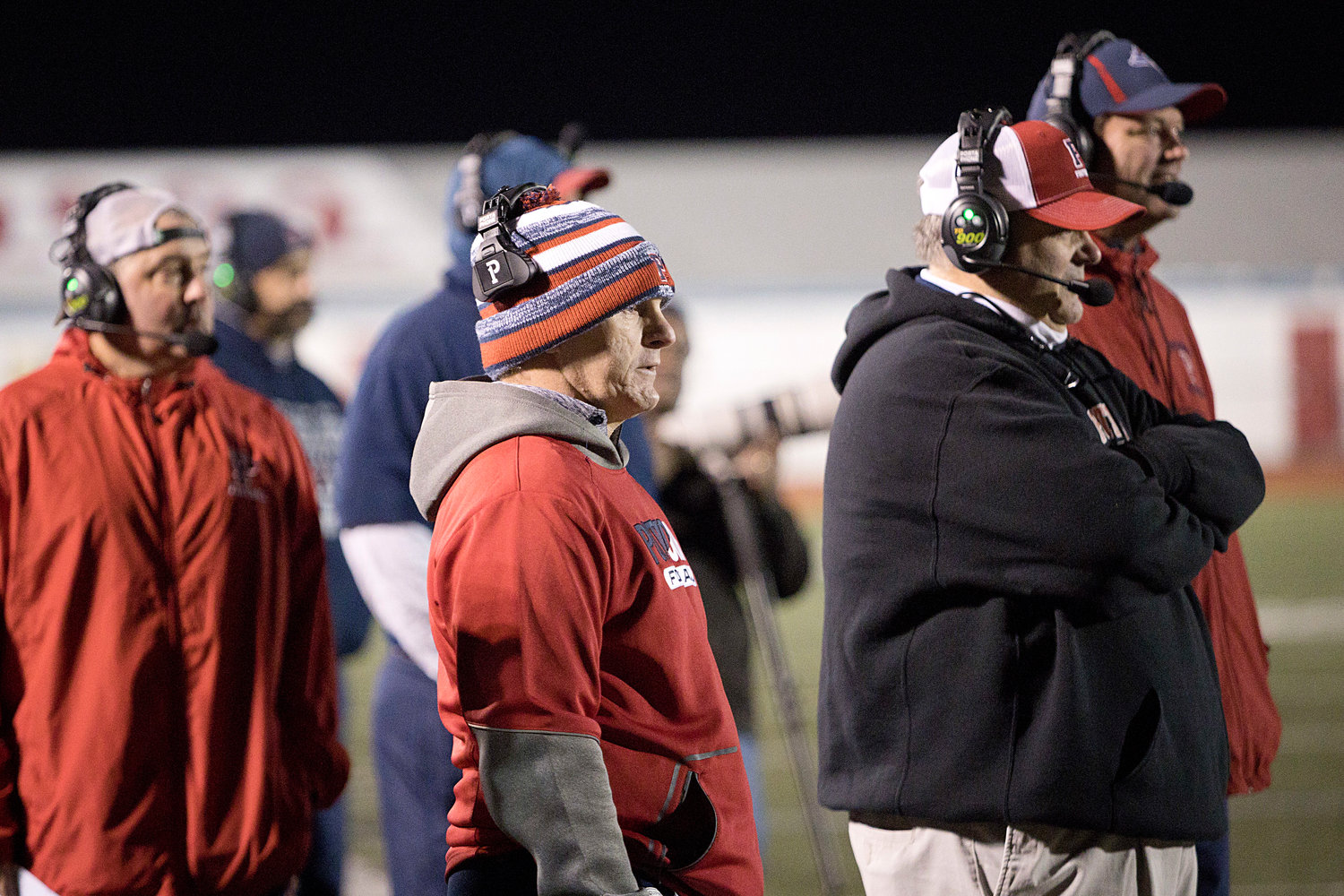 Head coach Dustin Almeida (center) looks on with the rest of his staff on Friday night.
JULIE FURTADO 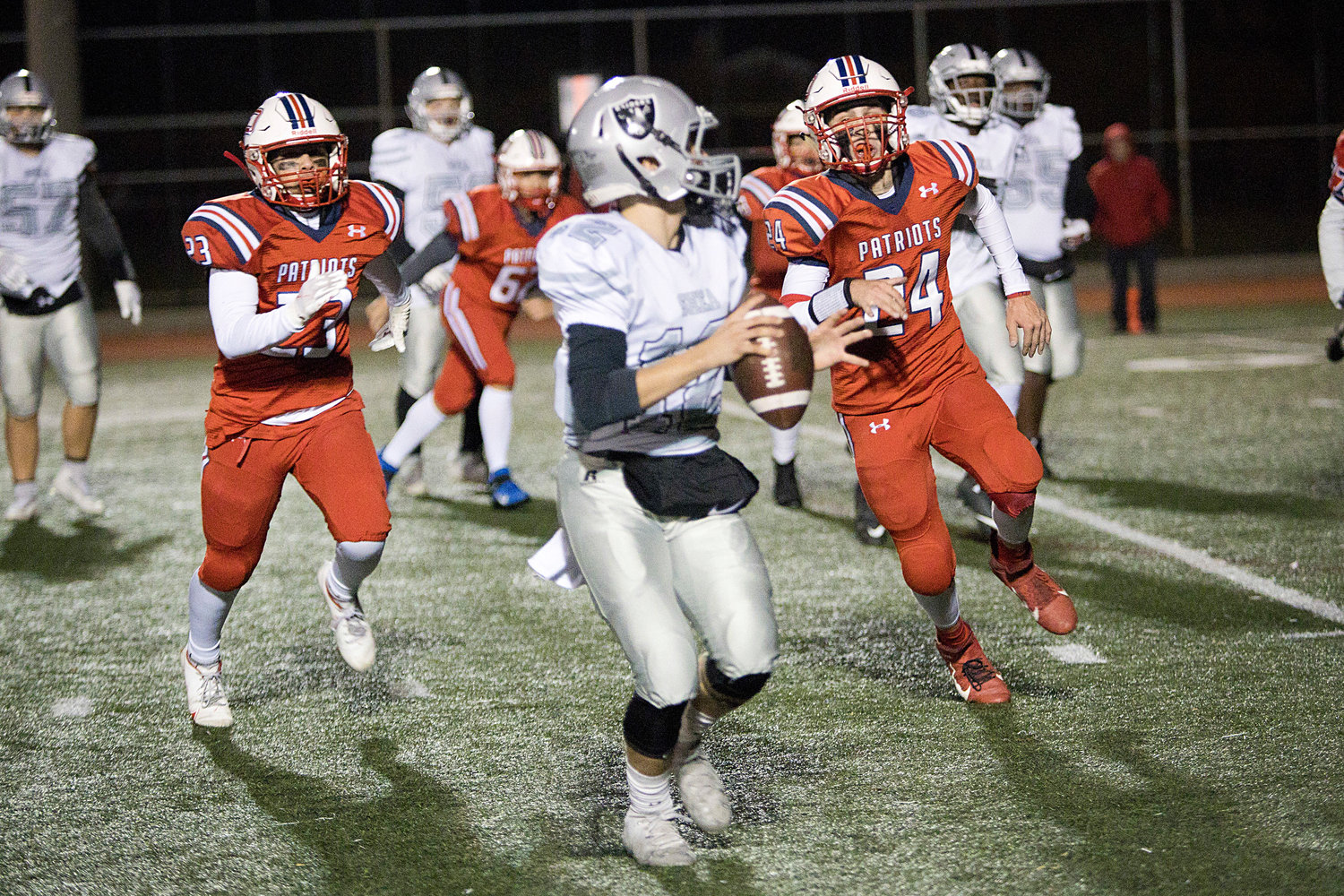 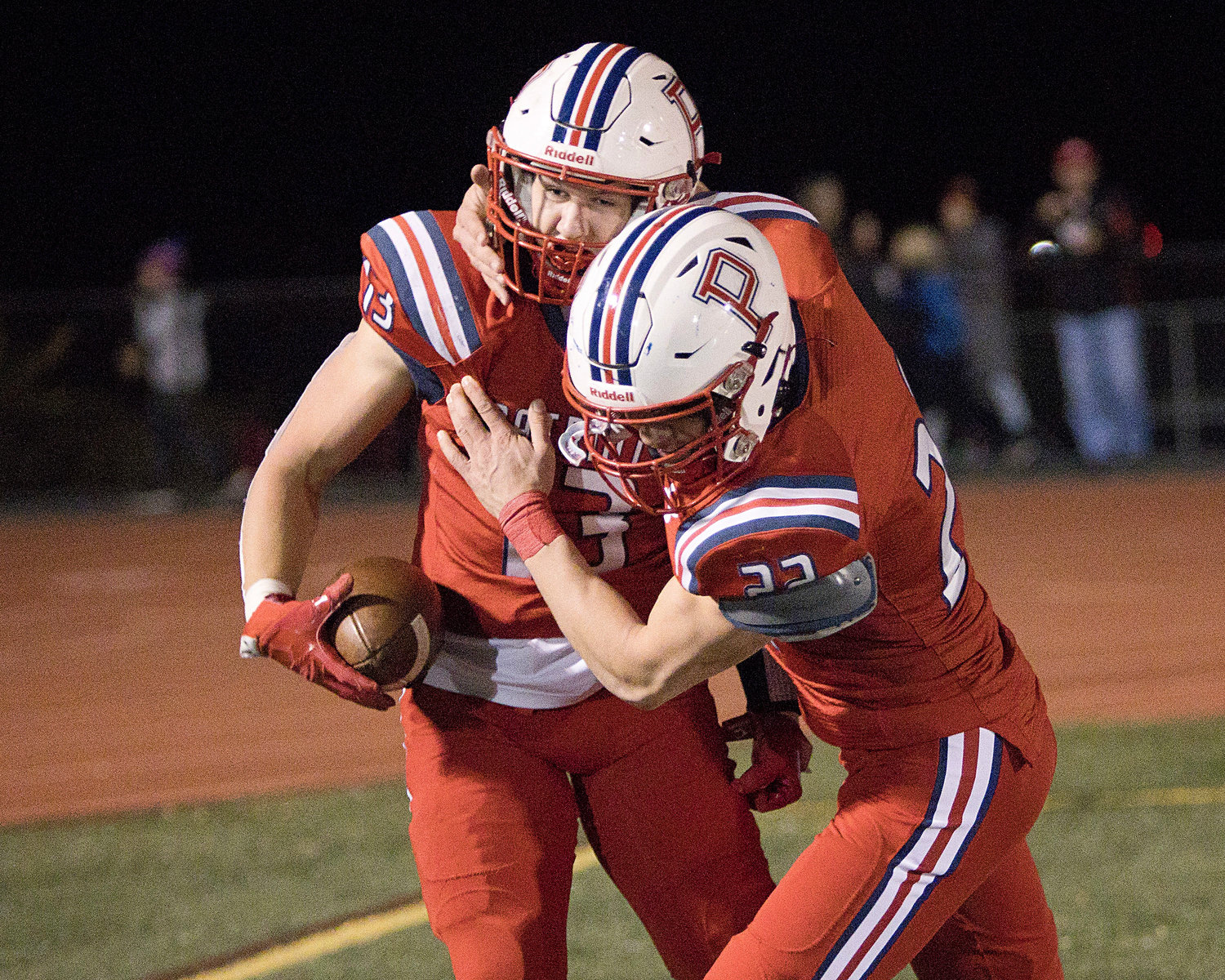 Evan Beese (left) and Thomas McGraw celebrate a touchdown while competing against Shea in round one of the Division I playoffs, Friday.
JULIE FURTADO 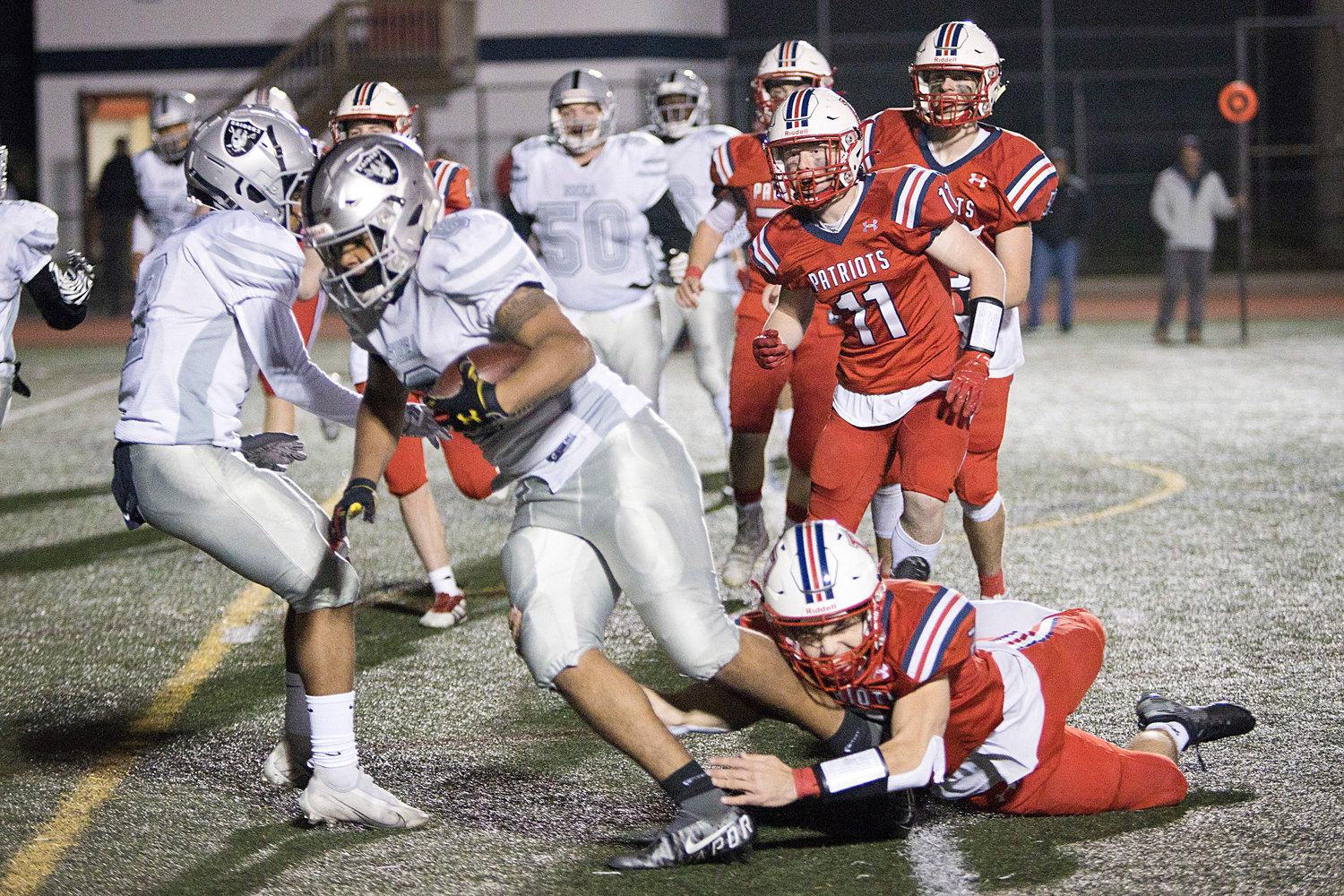 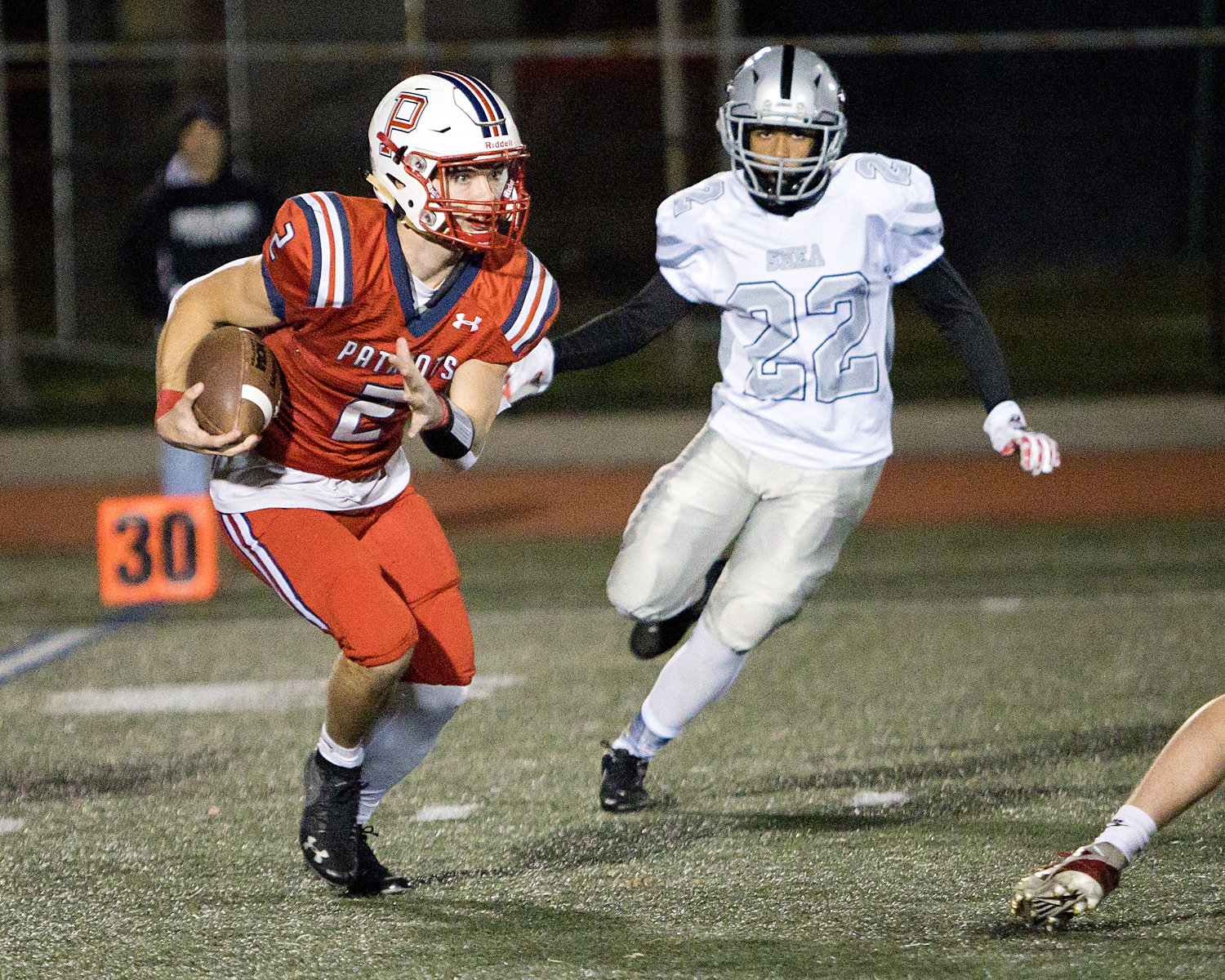 Benny Hurd looks for an opening during a quarterback keeper.
JULIE FURTADO 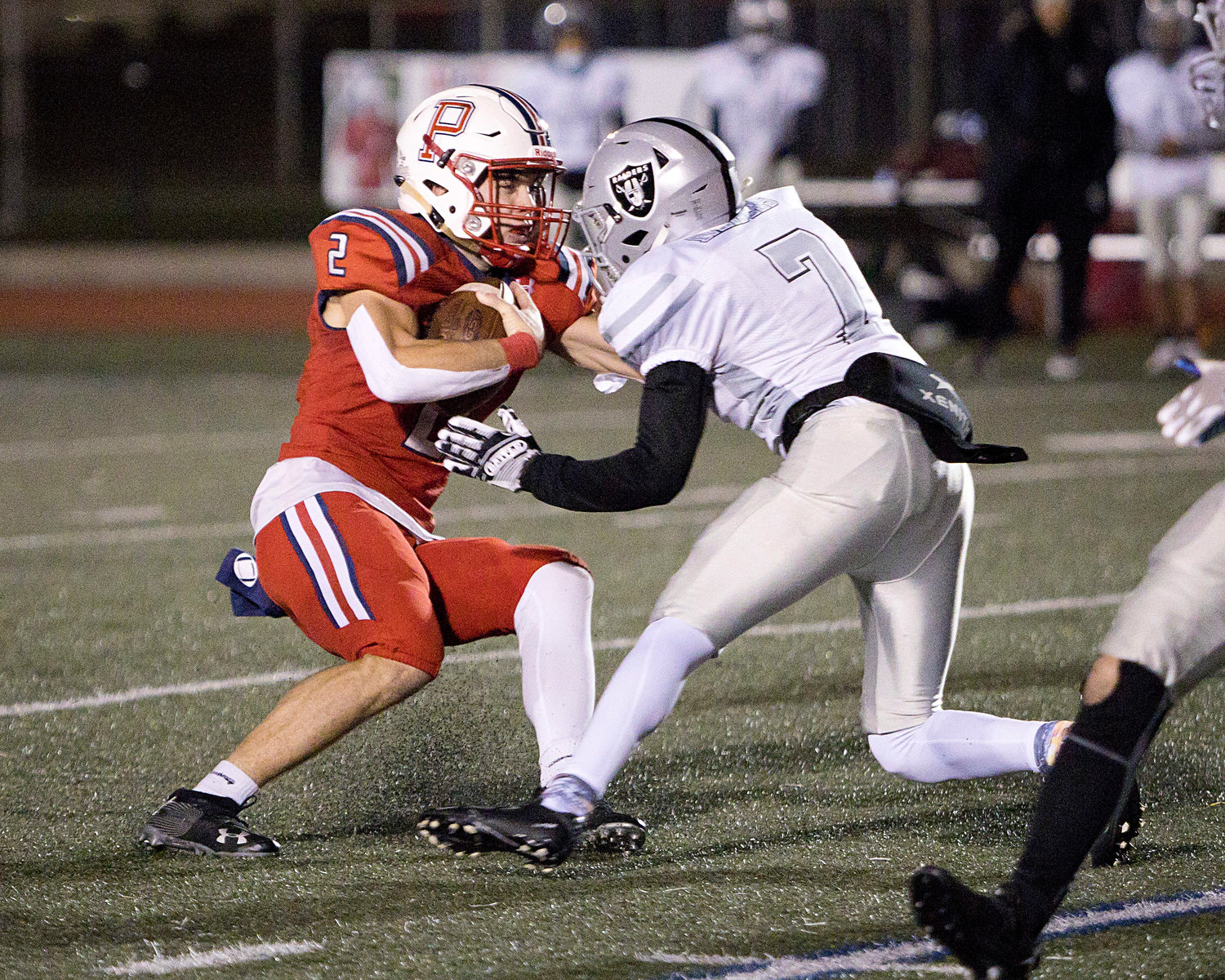 Portsmouth’s Benny Hurd is confronted by the Shea defense during a rushing attempt.
JULIE FURTADO
Previous Next
Posted Monday, November 8, 2021 10:46 am

PORTSMOUTH — The Portsmouth High varsity football team advanced to the second round of the Division I playoffs after making easy work of Shea in the opener at home last Friday.

The Patriots dominated the Raiders from the get-go, winning 48-14.

They will now face Cumberland on the road on Friday, Nov. 12. Kickoff is at 6 p.m.

Portsmouth’s Evan Beese had a great night contributing on both sides of the ball. He scored two touchdowns — one on a 45-yard reception of a throw by quarterback Benny Hurd — and also intercepted a pass on defense.

Carson Conheeny provided one of the many highlights of the game by running 94 yards for a touchdown in the second quarter.

In separate plays, Luke Brennan ran for a 9-yard touchdown and recovered a fumble.

Marcus Evans scored a TD on a 1-yard run.

Hurd intercepted a pass and ran for 54 yards on nine carries.

The Patriots’ kicker, Andrew Perry, was perfect Friday night. He made all six extra-point attempts and added field goals of 25 and 29 yards.

Honoring their son, and helping his community, for 20 years