PORTSMOUTH — The Portsmouth High football team’s quest for a Division I state championship came to an end Saturday at the hands of North Kingstown, who used a strong second-half … 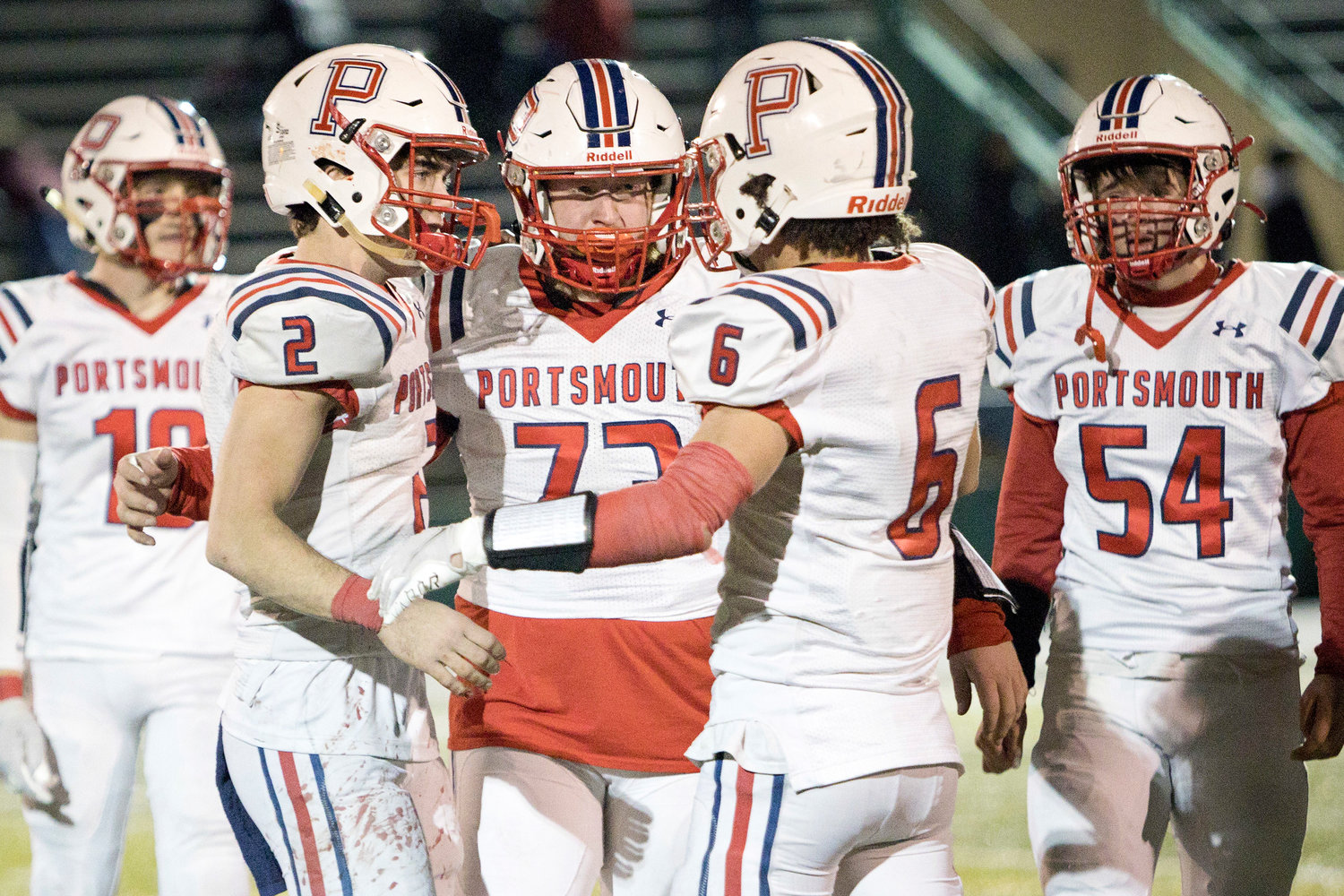 Senior members of the Portsmouth High football team (from left) Benny Hurd, Vernon Belliveau, Marcus Evans, and Will McKinnon, console each other after losing 30-10 to North Kingstown in the Division I semifinals on Saturday.
JULIE FURTADO 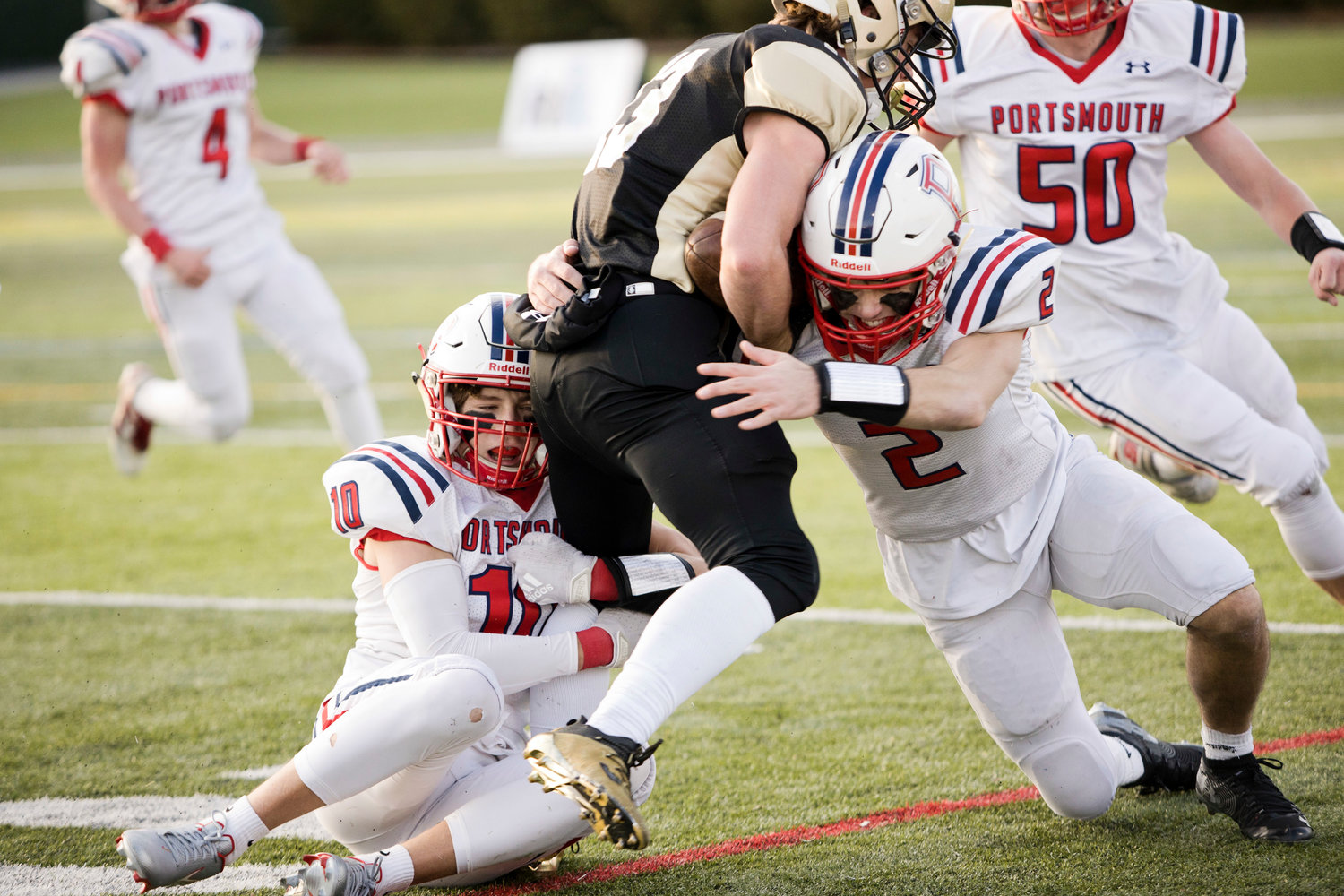 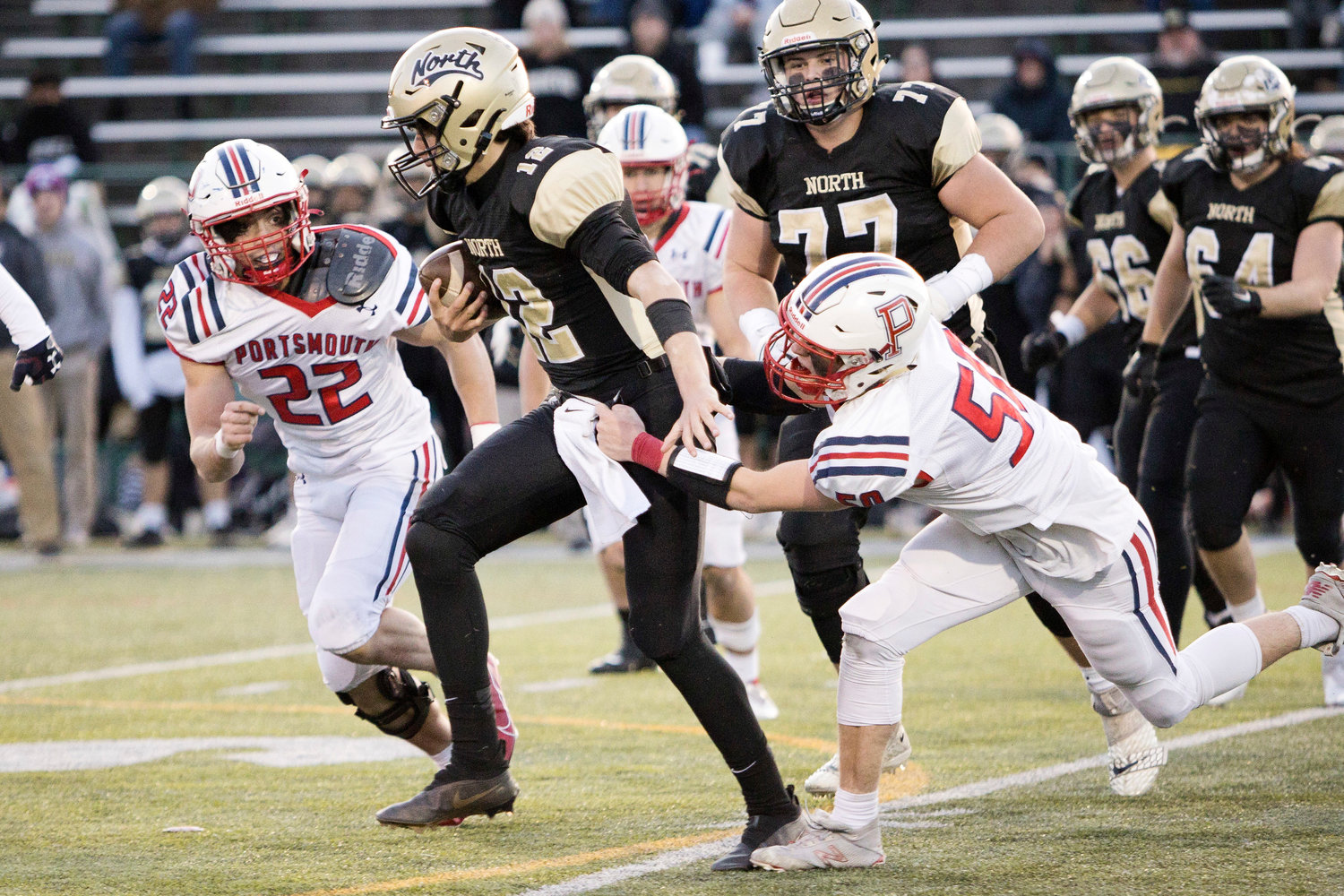 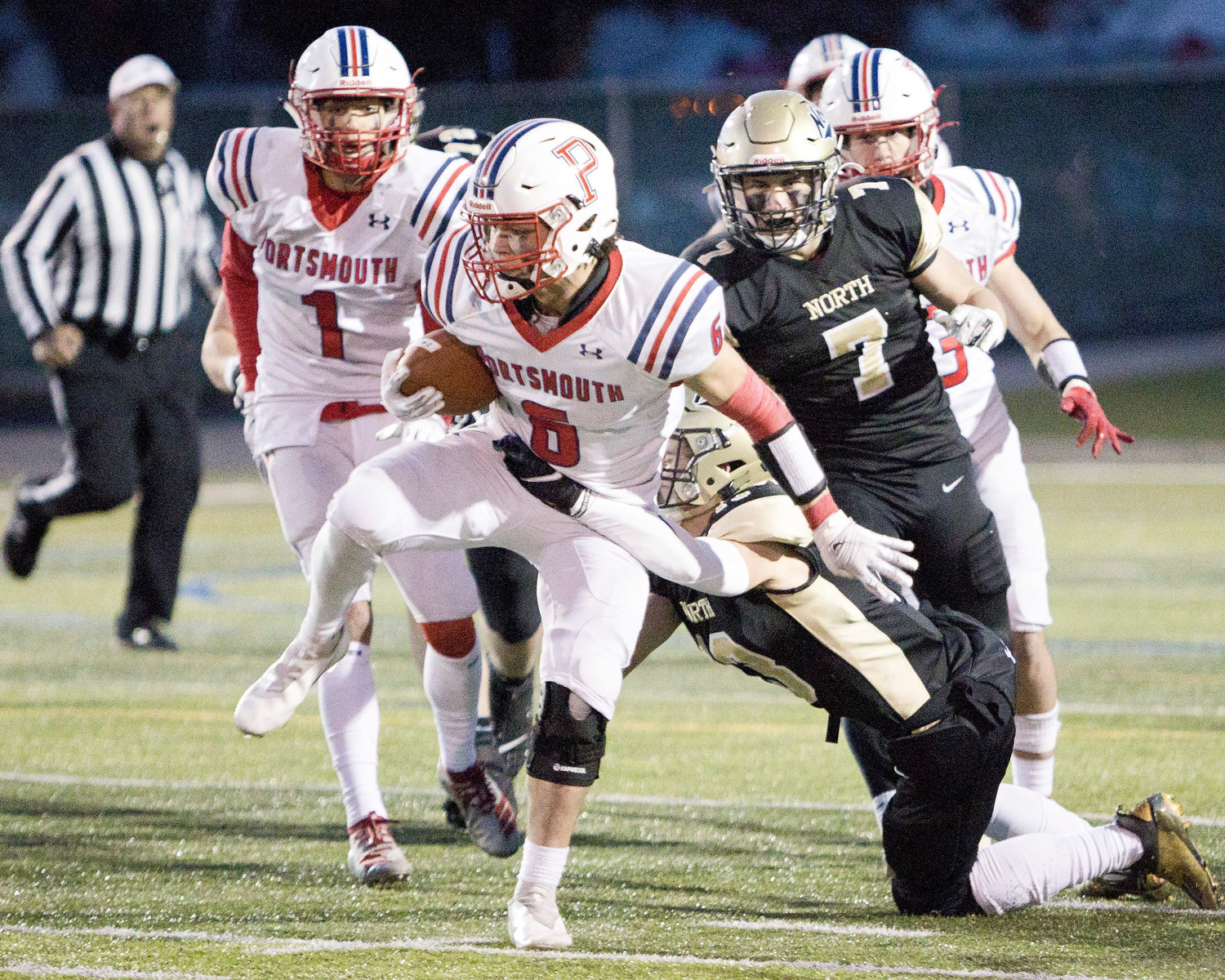 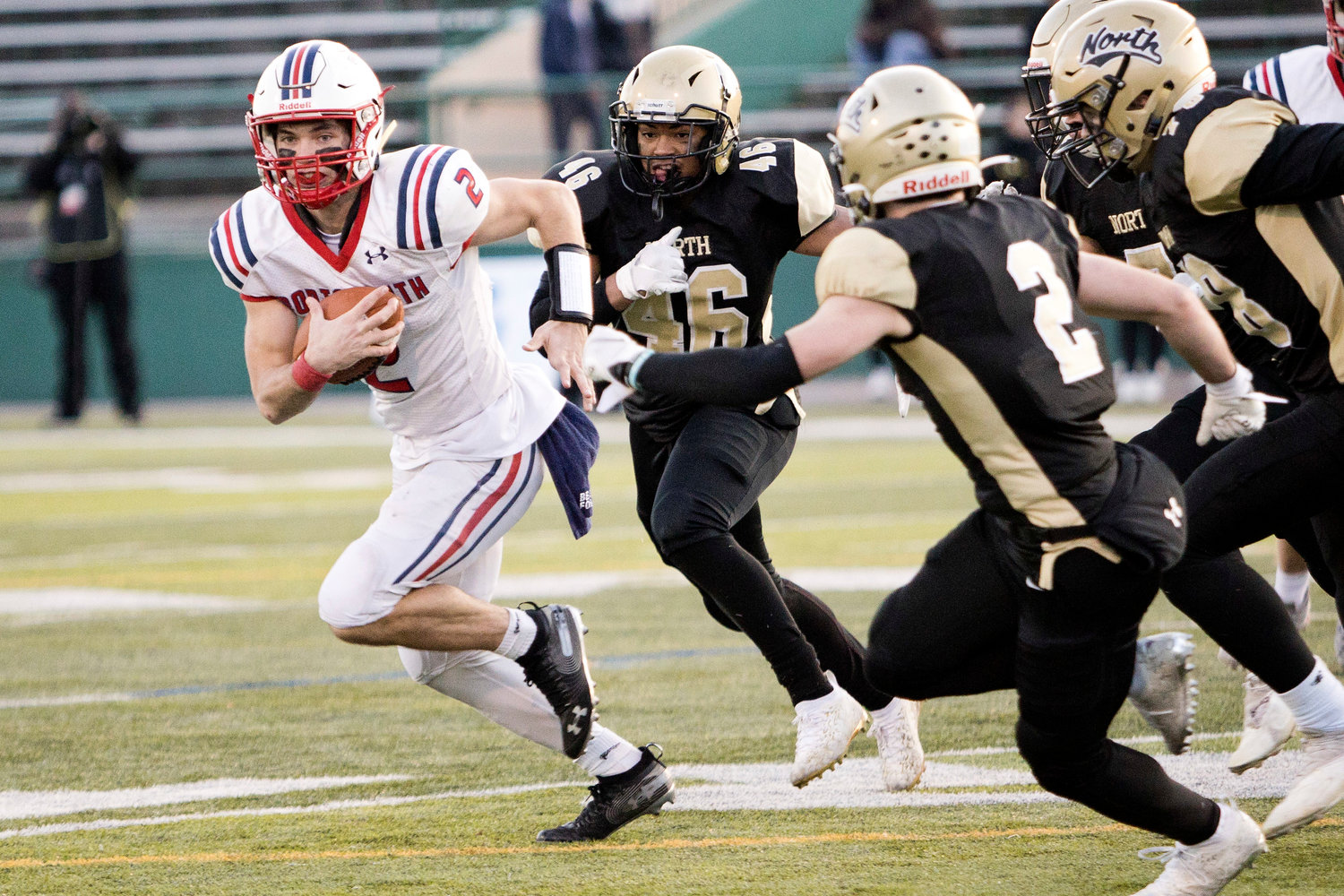 Benny Hurd runs away from the North Kingstown defense while carrying the ball for Portsmouth.
JULIE FURTADO 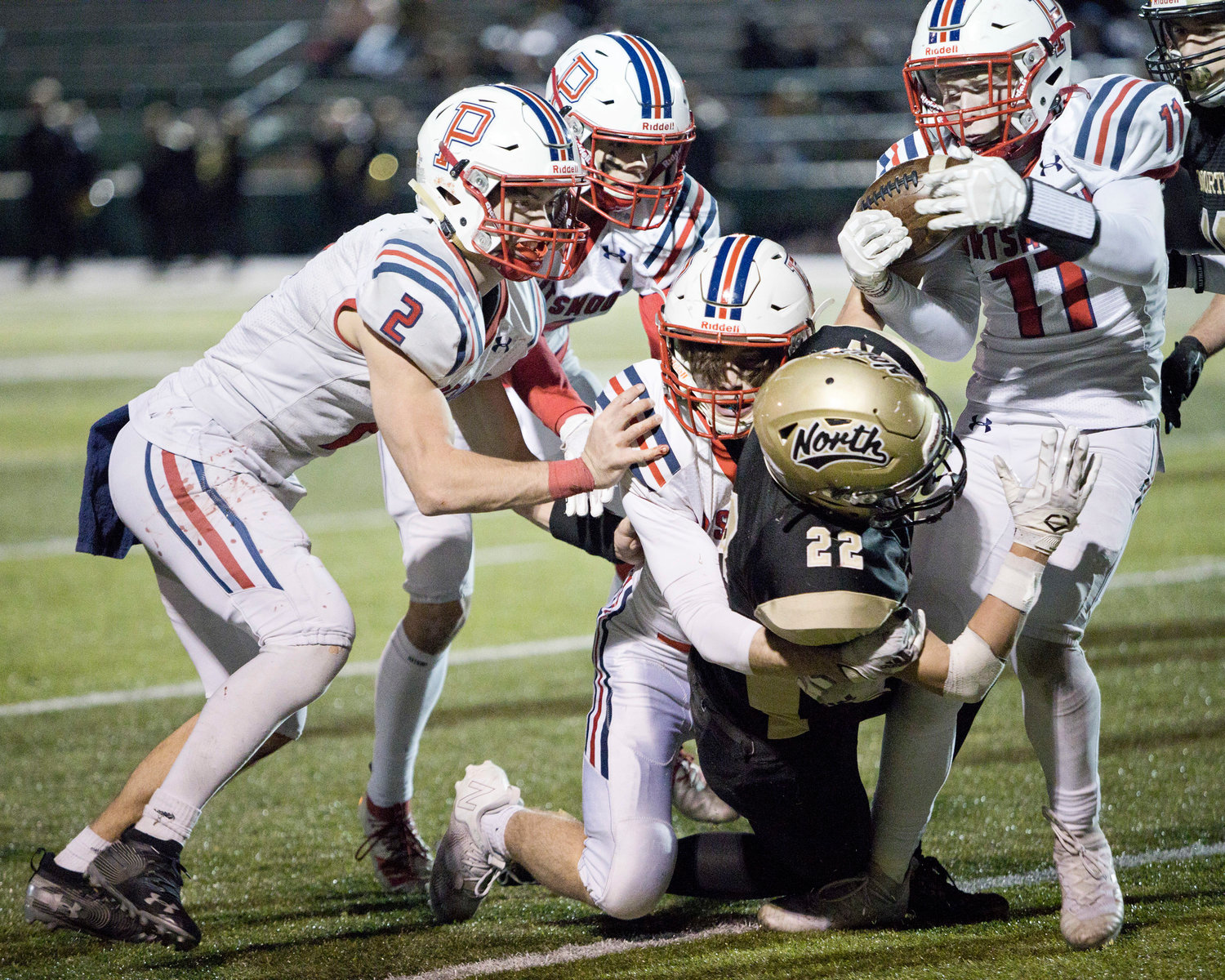 Gavin Bicho (right) attempts to pry the ball from a North Kingstown ball-carrier as his teammates make the tackle.
JULIE FURTADO 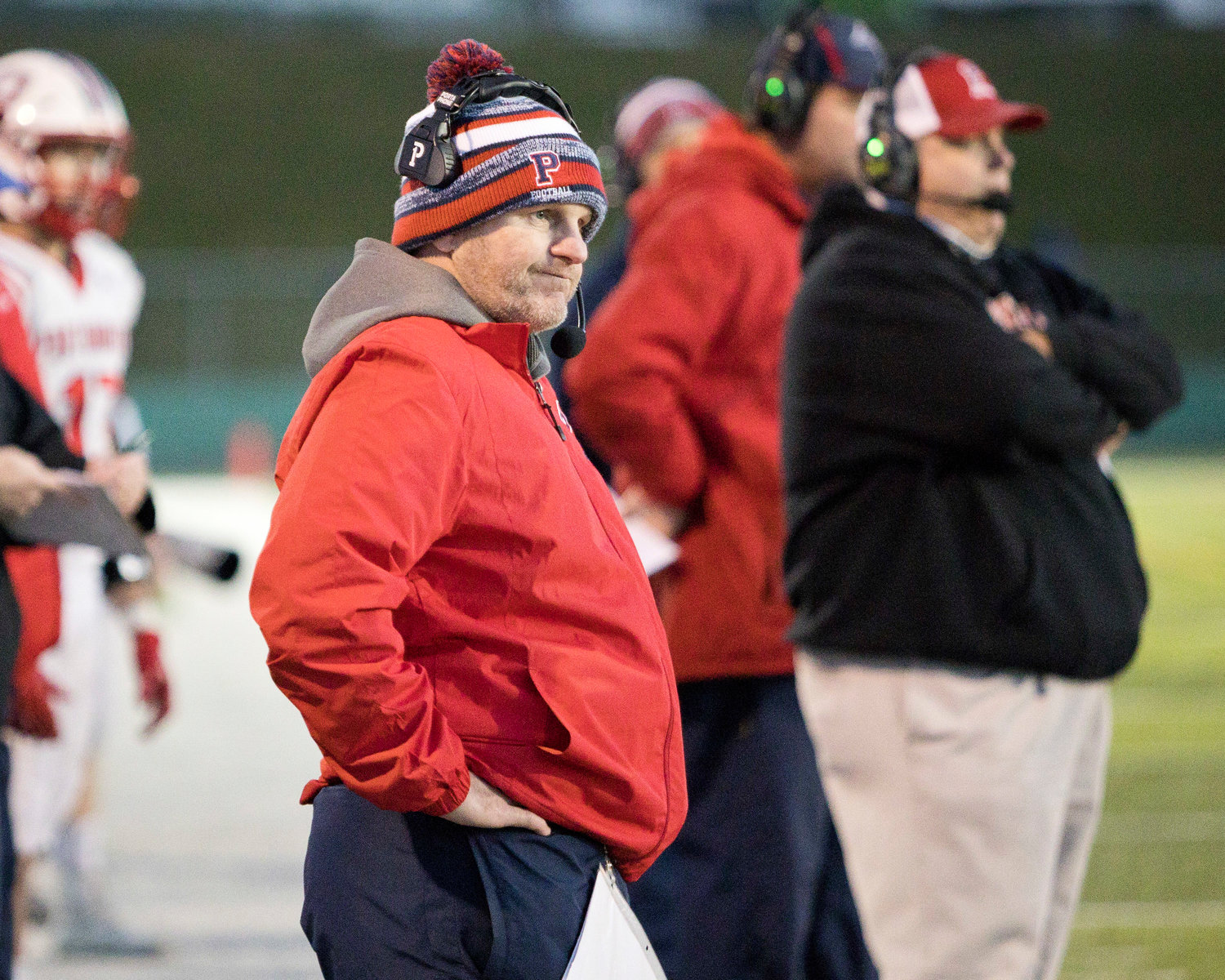 Patriots’ head coach Dustin Almeida can only watch from the sidelines as his team loses to North Kingstown.
JULIE FURTADO 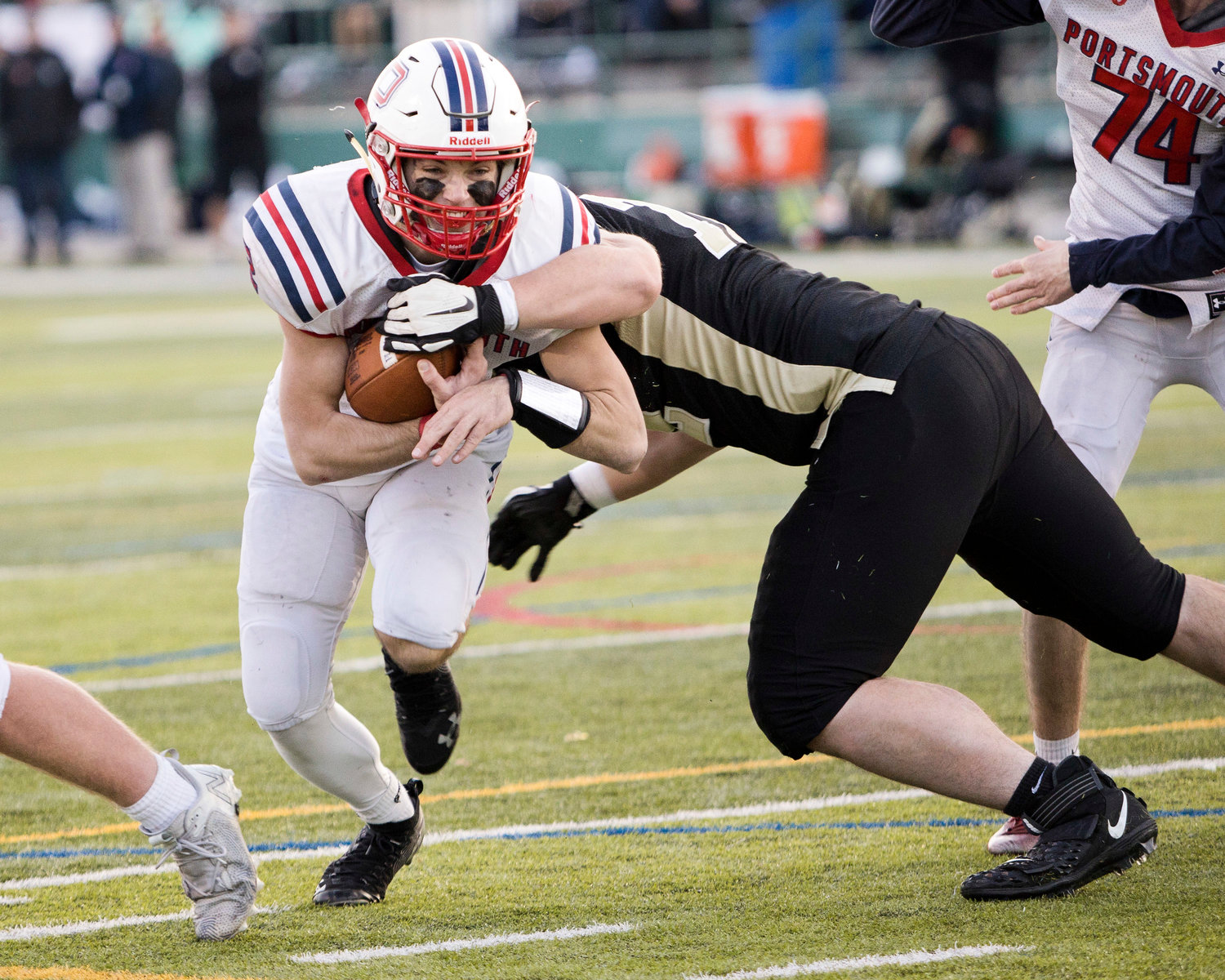 Benny Hurd dives toward the goal line to score the Patriots’ lone touchdown against North Kingstown during the Division I semifinals.
JULIE FURTADO 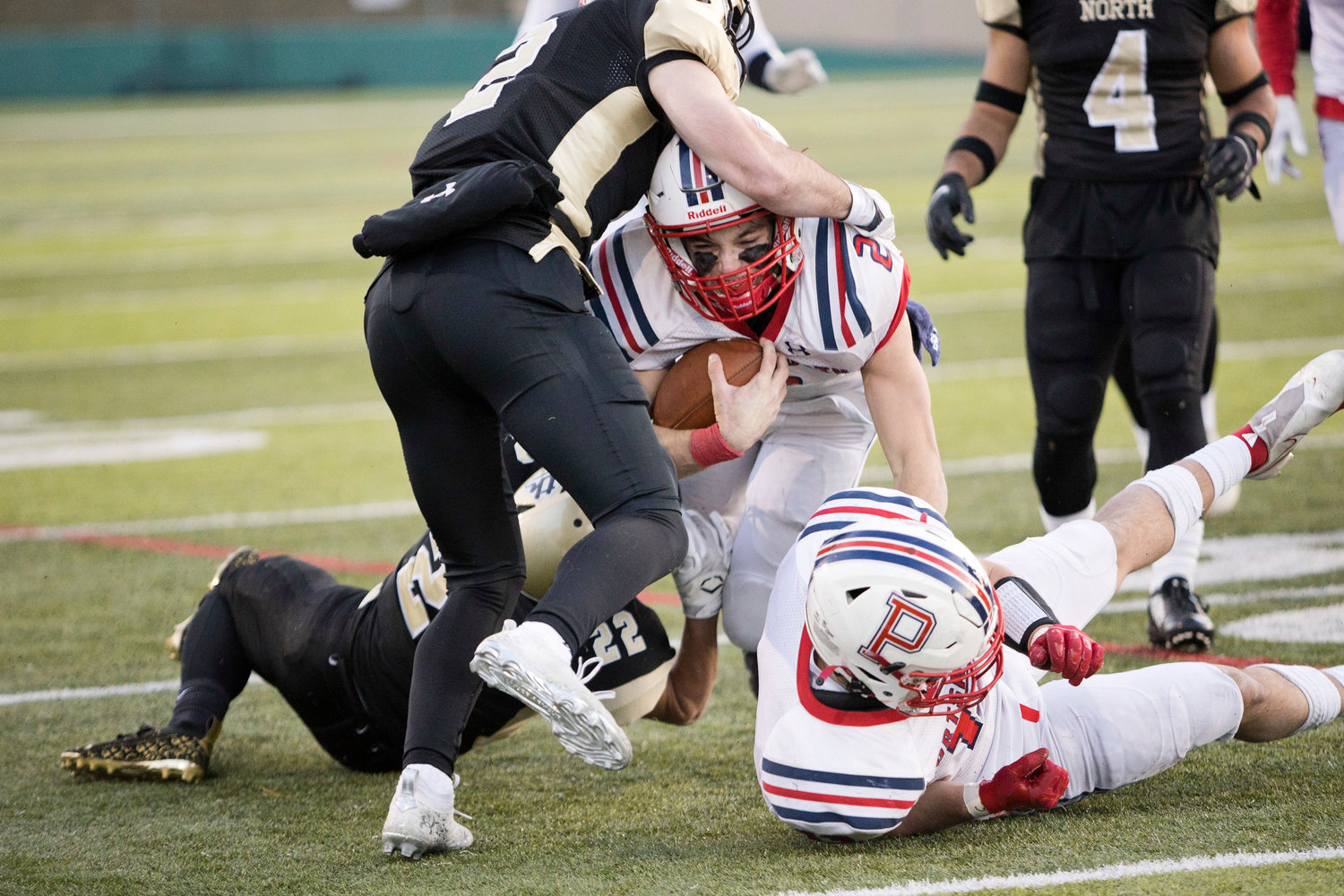 Benny Hurd squeezes under a North Kingstown defender to gain yardage for the Patriots.
JULIE FURTADO 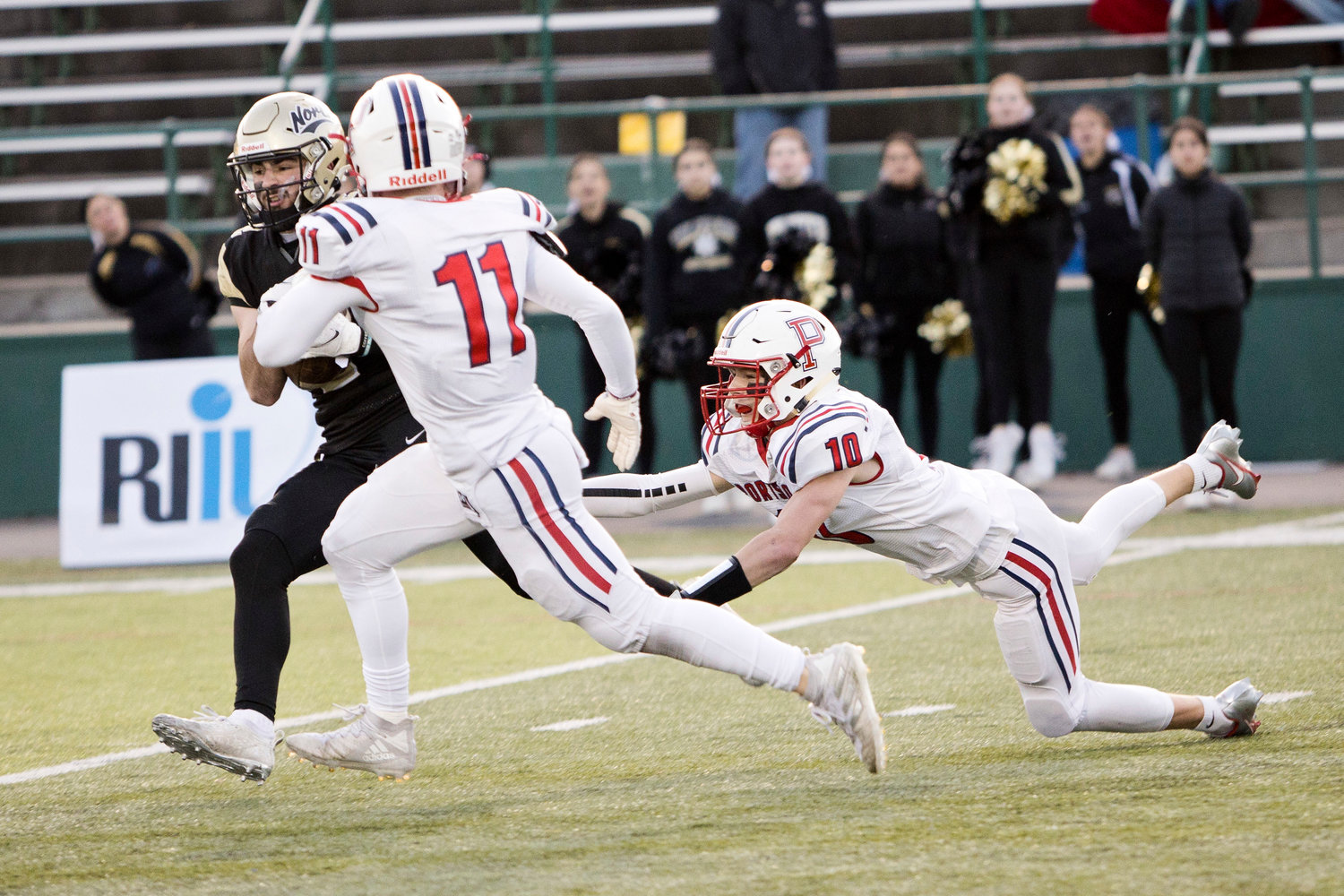 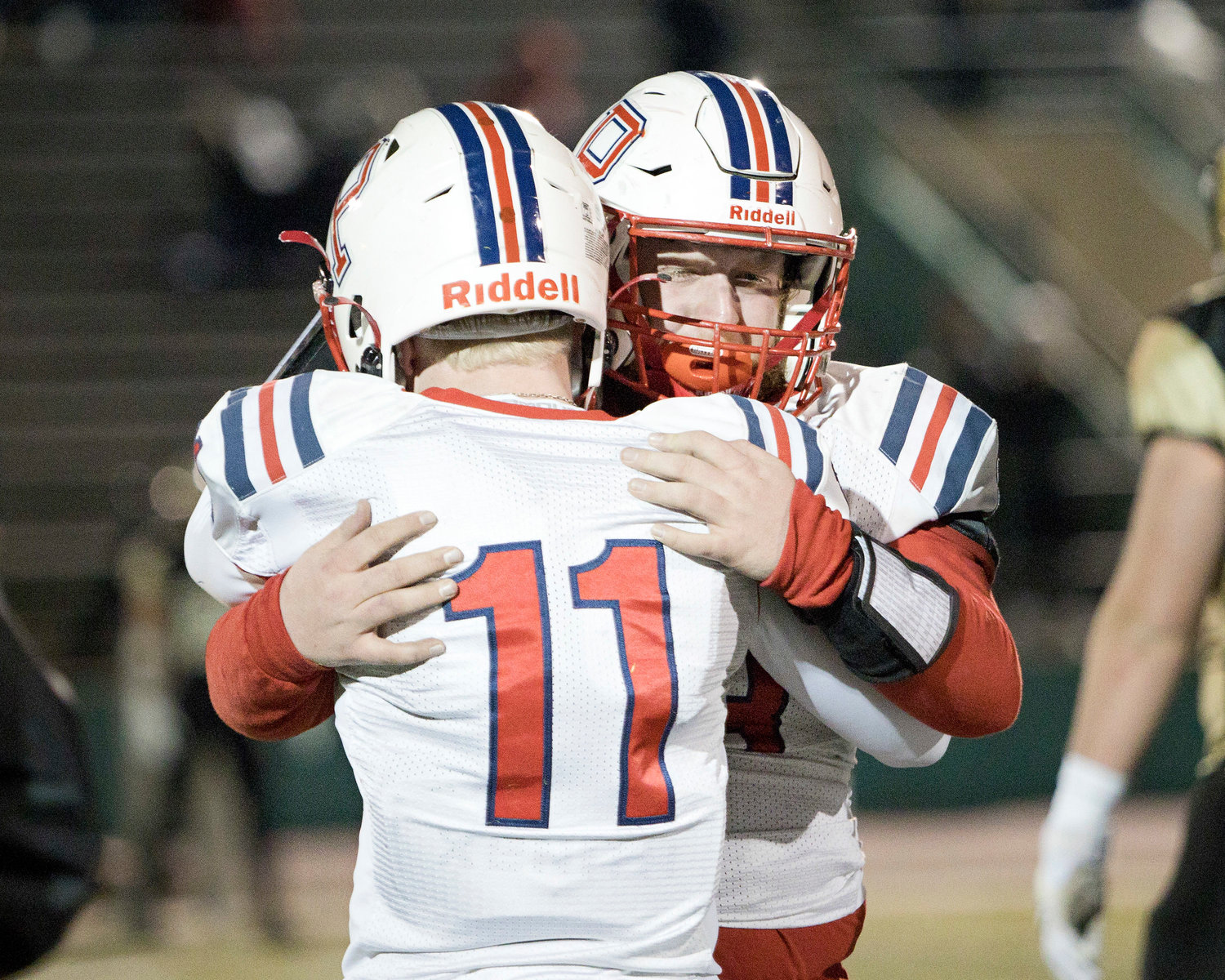 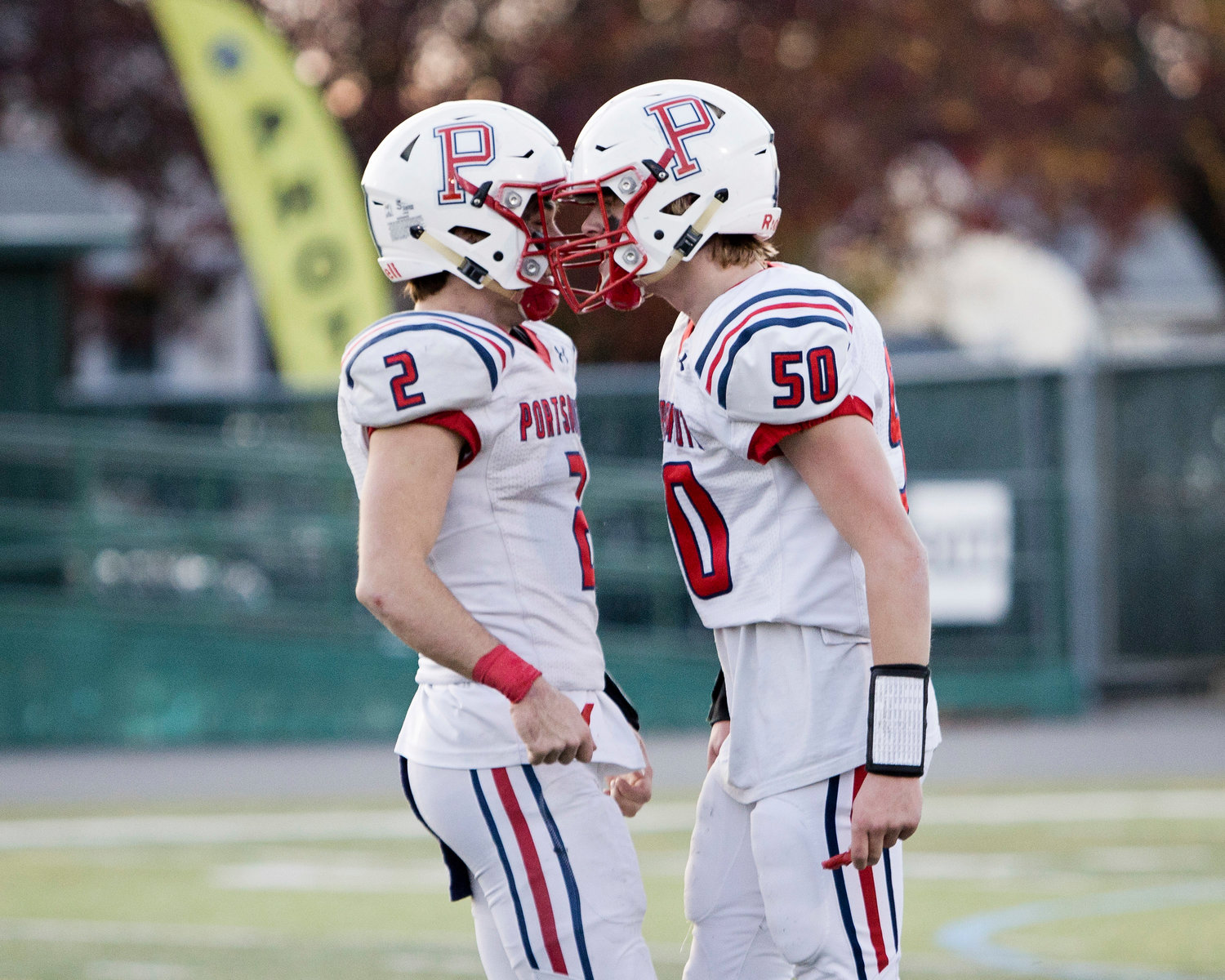 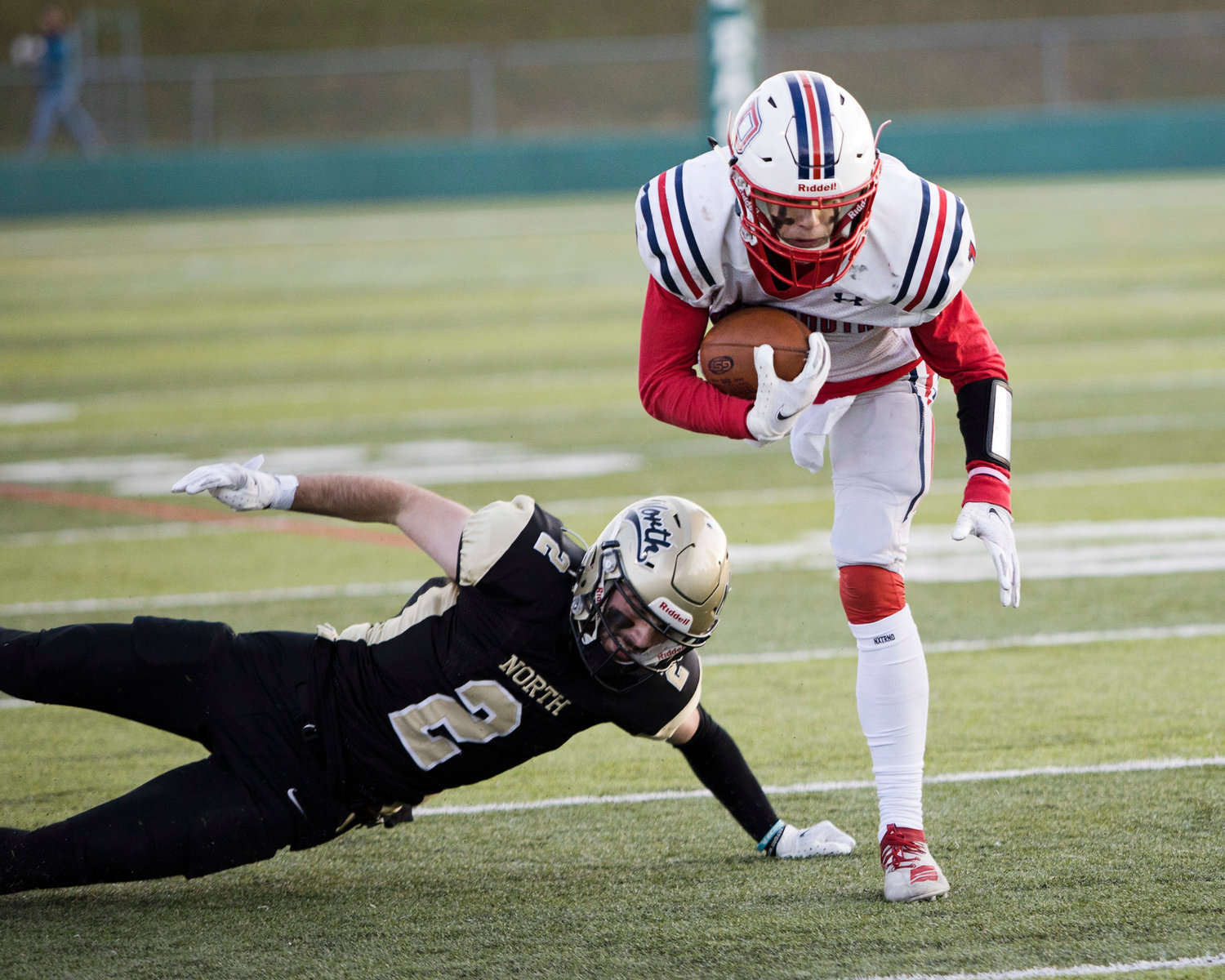 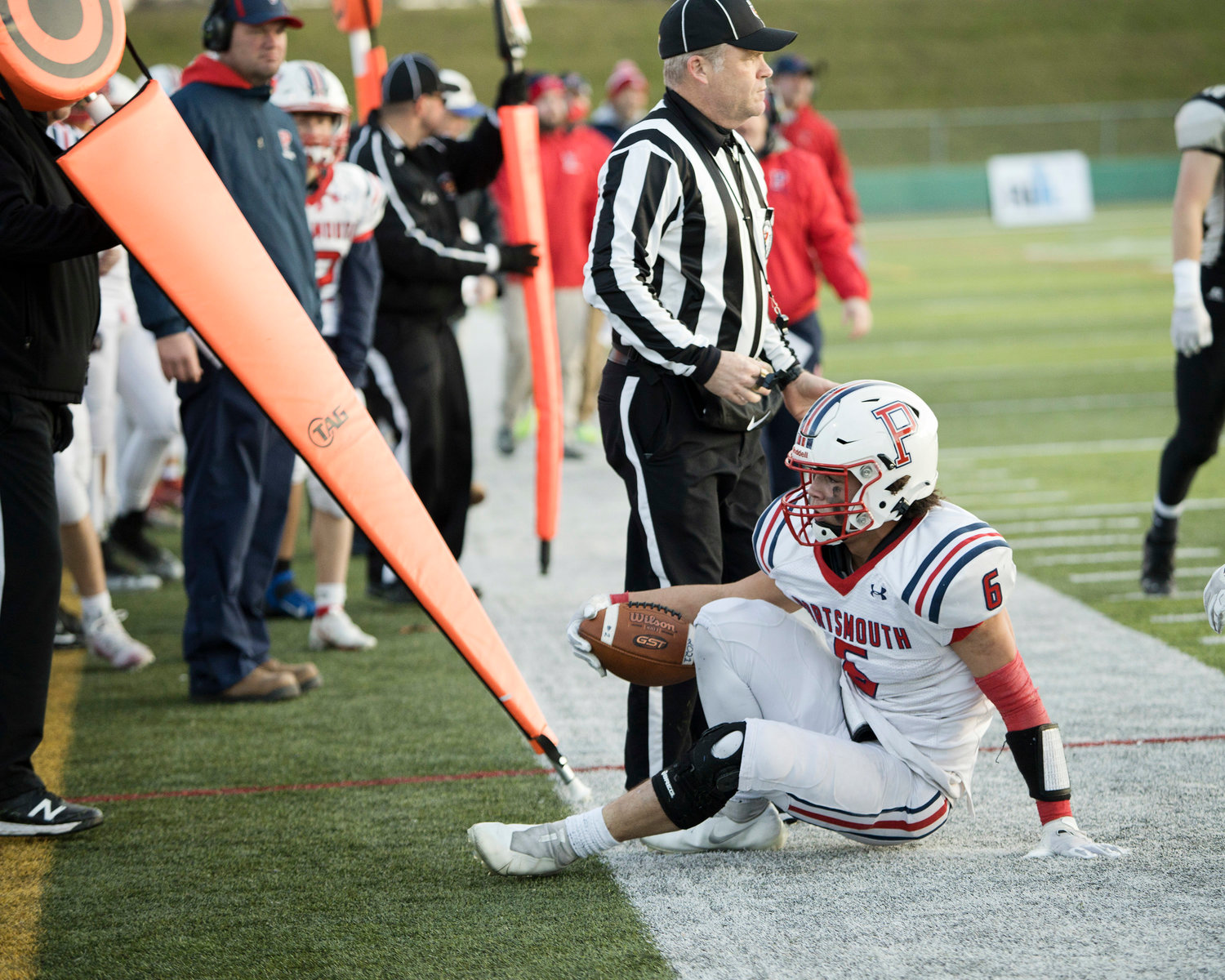 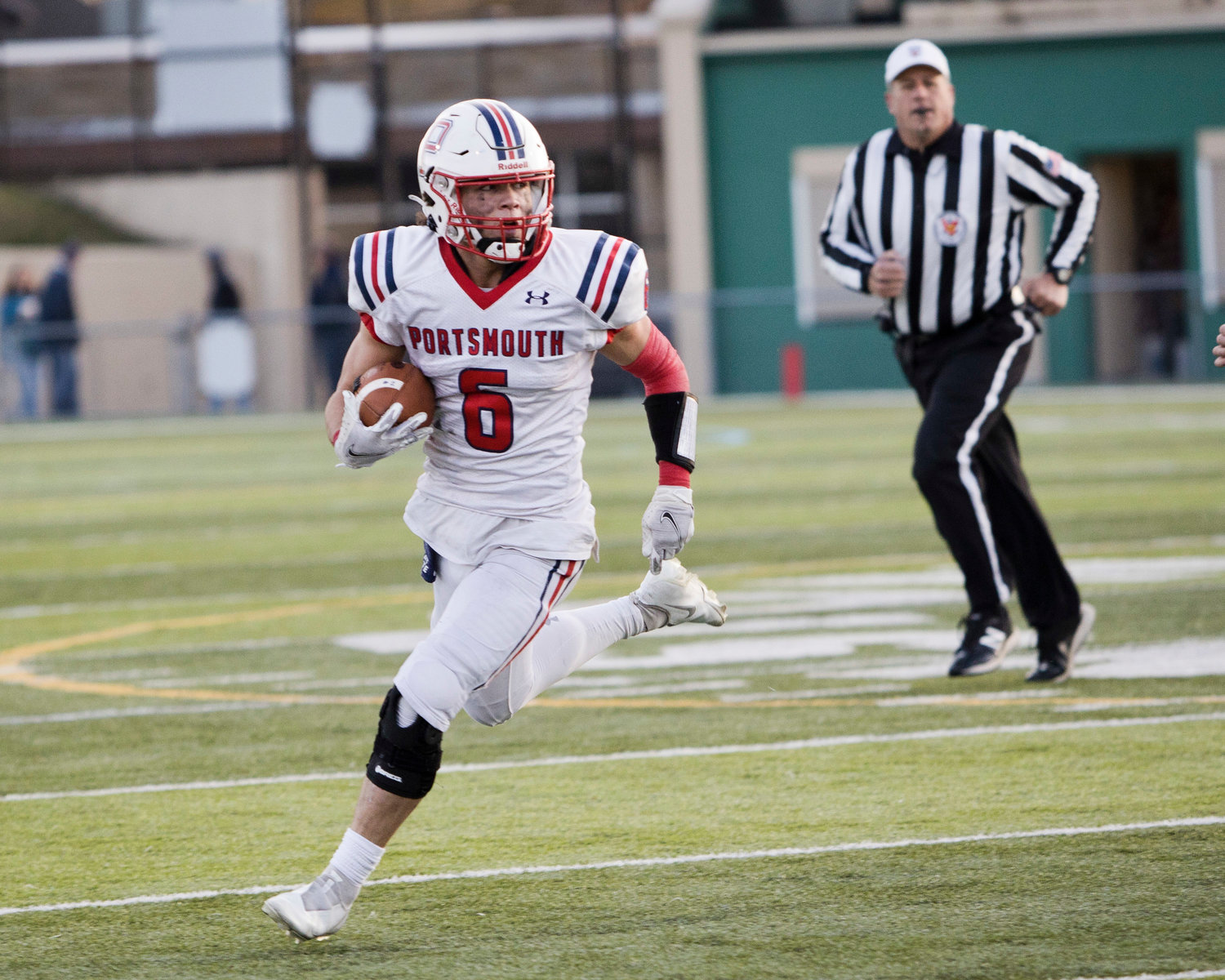 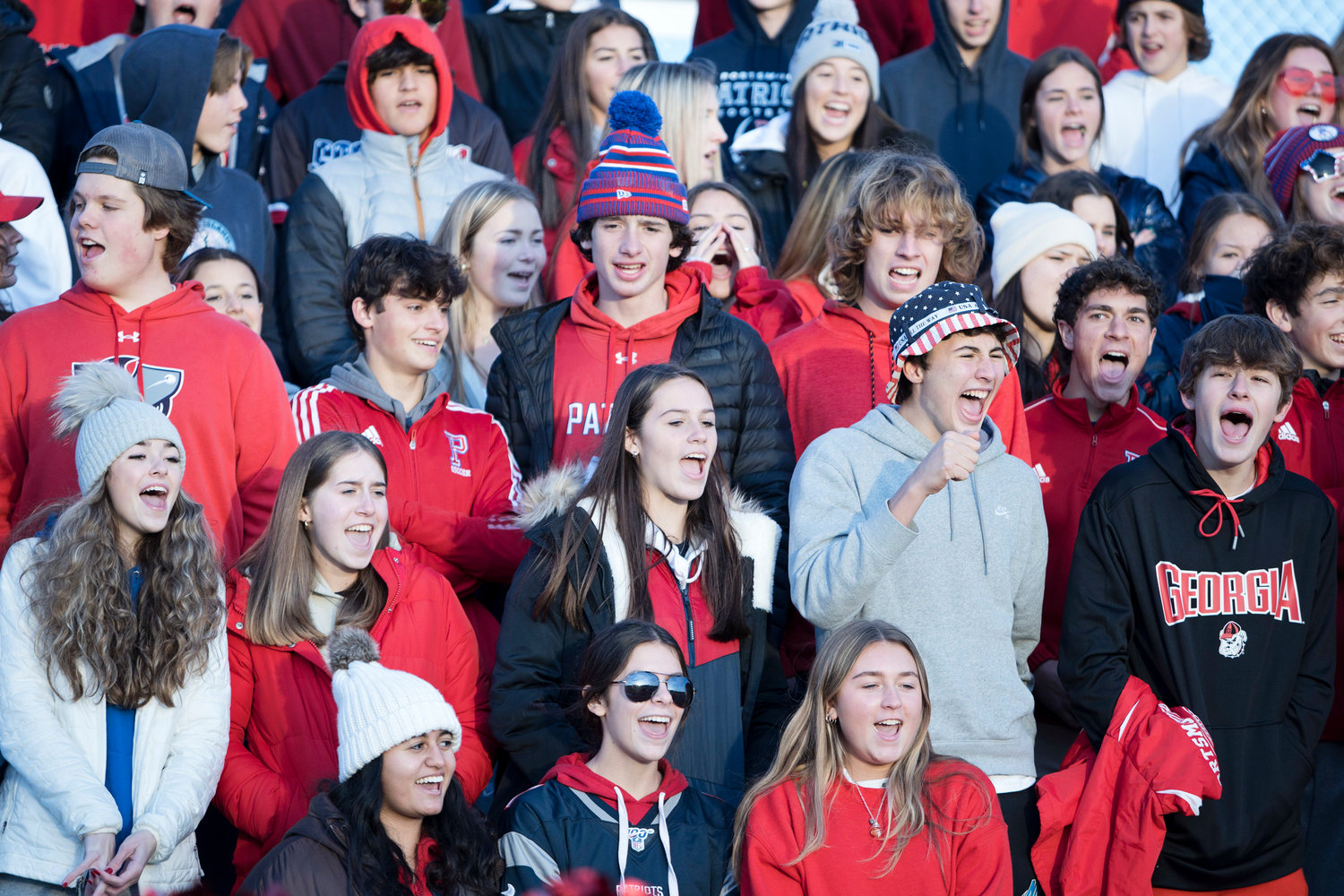 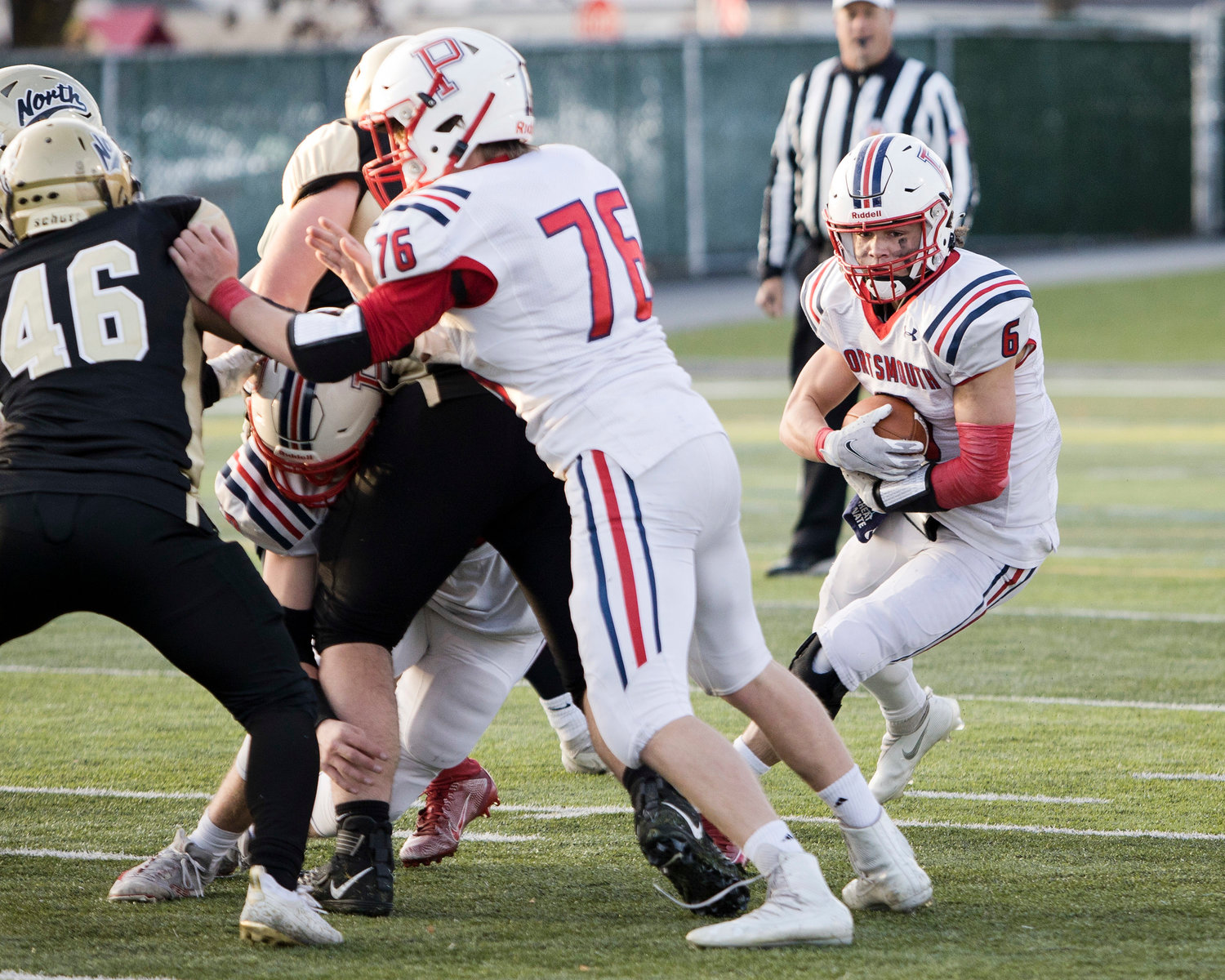 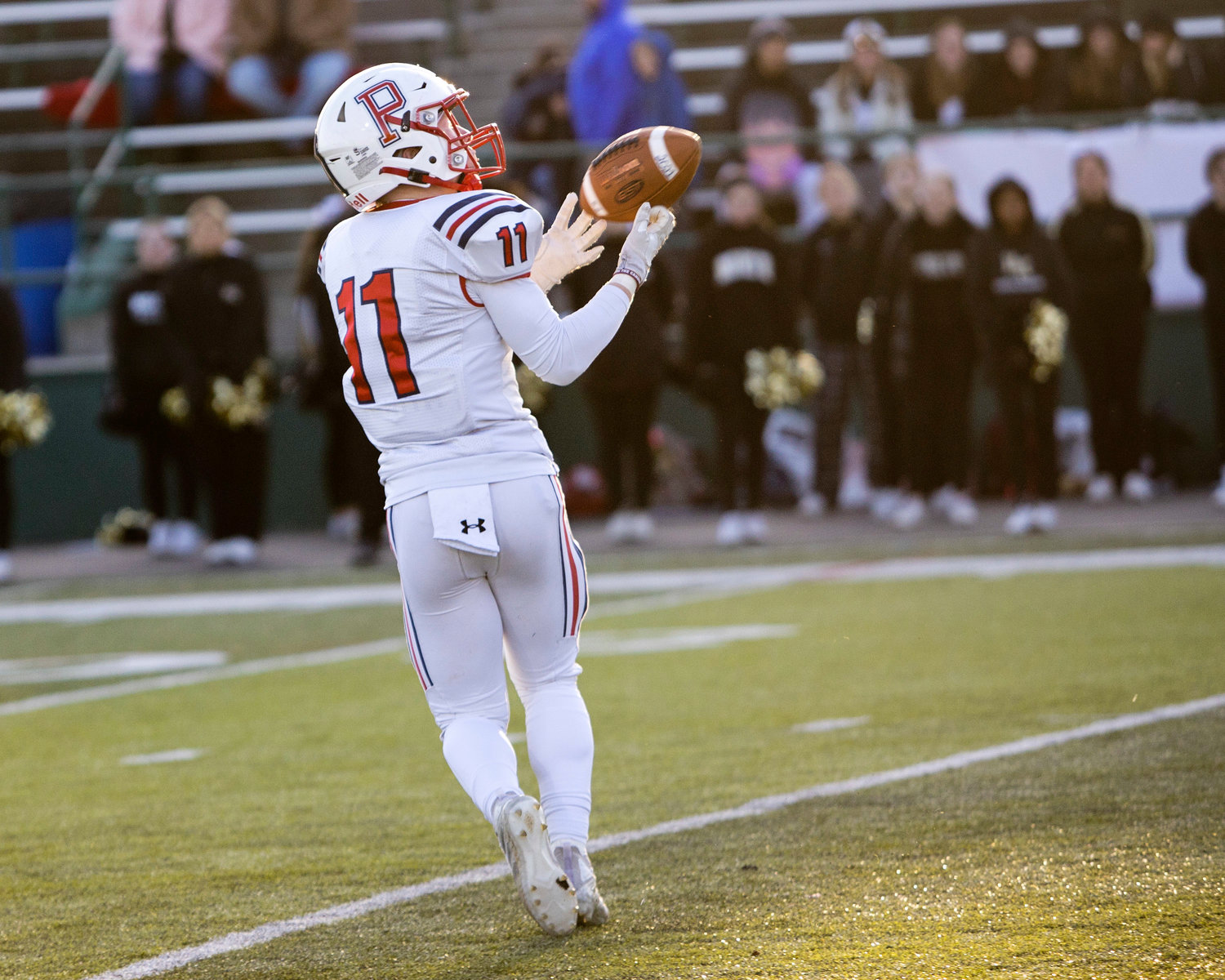 PORTSMOUTH — The Portsmouth High football team’s quest for a Division I state championship came to an end Saturday at the hands of North Kingstown, which used a strong second-half running game to defeat the Patriots, 30-10, in a semifinal matchup at Cranston Stadium.

Portsmouth’s season is not done just yet however. The Patriots travel to Gaudet Middle School on Thursday, Nov. 25, to play the annual Thanksgiving Day game against island rival Middletown. Kickoff for the non-league game is at 10 a.m.

Saturday’s game was close at halftime, with the Skippers clinging to a slim 9-7 lead.

Portsmouth’s scoring in the first half came by way of a 4-yard touchdown run by quarterback Benny Hurd, giving the Patriots a 7-3 lead with about six minutes left in the second quarter.

That would be the only time Portsmouth would see the end zone, however. The Patriots’ other 3 points came on an Andrew Perry field goal in the second half.

Marcus Evans was busy, carrying the ball 62 yards on 15 runs.

Portsmouth advances to D-1 semis with win over Cumberland