Plans afoot for Portsmouth Dog Park to double in size

PORTSMOUTH — Fido will soon have more room to roam at the Portsmouth Dog Park — a lot more.

Thanks to a grant from the van Beuren Charitable Foundation (VBCF), the off-leash …

Plans afoot for Portsmouth Dog Park to double in size 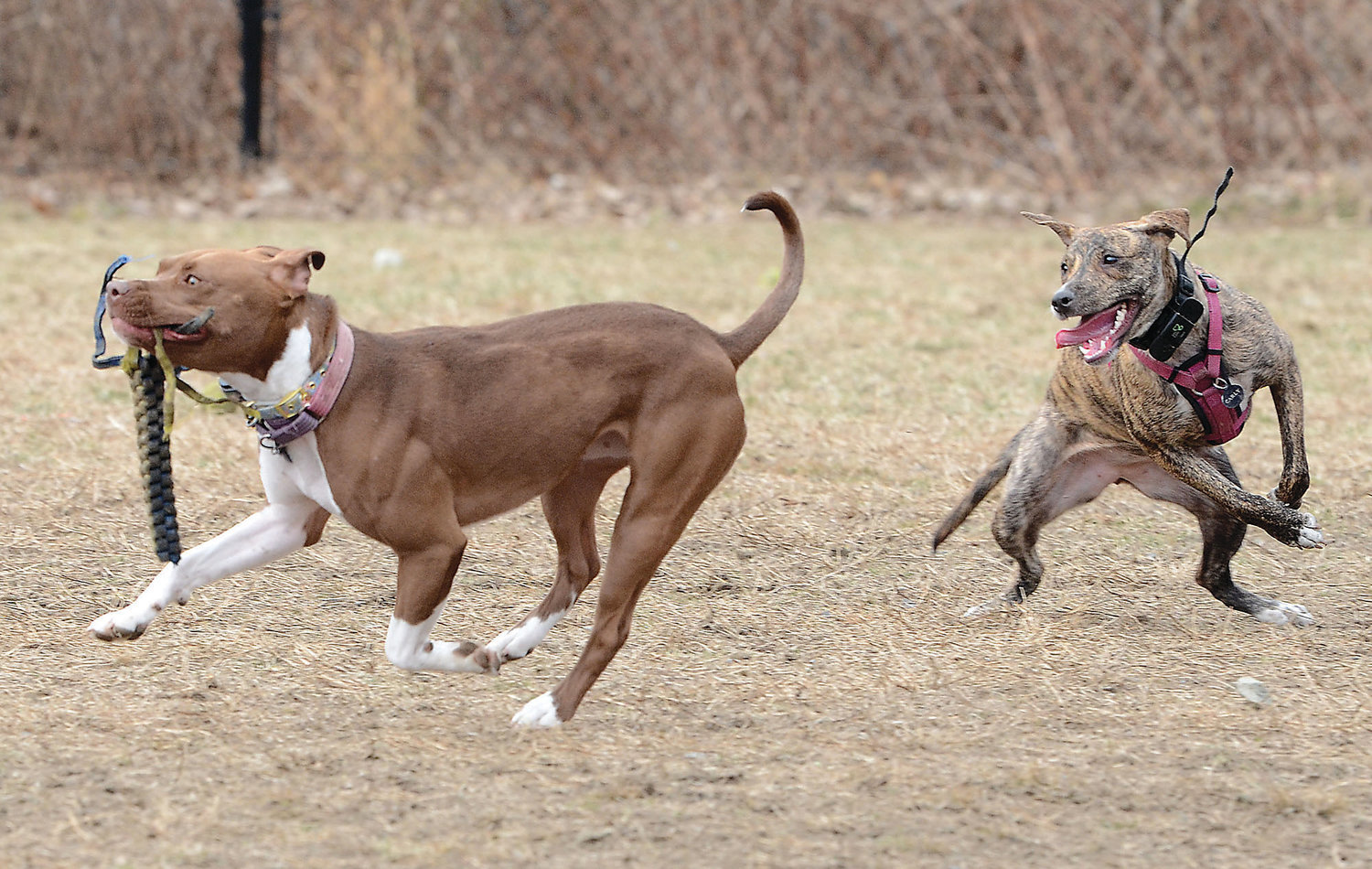 Cora, a pit bull mix, and Carly, a plott hound, run and play at the Portsmouth Dog Park, which will double in size and feature trails, lighting and additional parking under a plan approved by the Town Council. (File photo)
RICHARD W. DIONNE, JR. 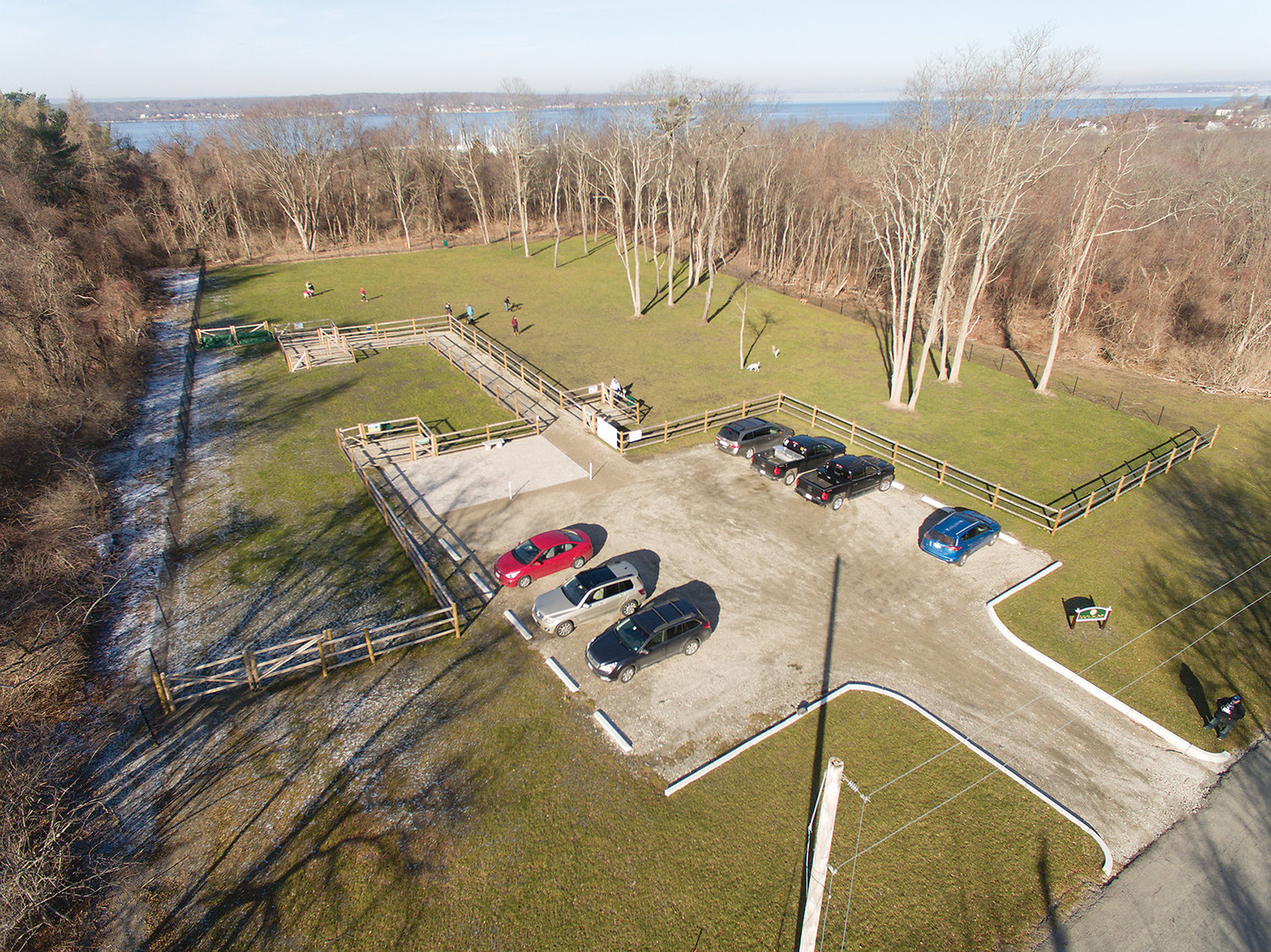 PORTSMOUTH — Fido will soon have more room to roam at the Portsmouth Dog Park — a lot more.

Thanks to a grant from the van Beuren Charitable Foundation (VBCF), the off-leash facility that opened five years ago off Smith Road at Melville Park will soon double in size. The Town Council unanimously approved the Portsmouth Dog Park Committee’s expansion plan on June 13.

The park is apparently the victim of its own success. Andrea Rounds, a member of the dog park group, said the facility “has surpassed all our expectations,” and now requires increased access.

According to data she presented to the council, the median daily attendance at the park in May was 170 dogs, 160 people, and 116 vehicles.

“That’s twice as much as we originally planned,” said Rounds, noting that about half of all users are from outside Aquidneck Island.

The committee established a capital improvement plan in April 2020, and last year commissioned an engineering study, conducted by Narragansett Engineering, Inc. (NEI) and funded jointly by NEI and VBCF, to assess the feasibility of the project.

Now VBCF has awarded the park up to $170,500 so the committee can make those capital improvements a reality. Here’s how that funding will be used:

• $98,000 will go toward doubling the size of the park, including installing fencing to the north and west of the existing park. While the main park is open field, the new section will carve a .4-mile path through the underbrush, allowing native trees and plants to thrive. This will offer dog owners an area to walk their dogs off leash in a fenced, trail-like setting, something they are unable to do in the Melville trails and Portsmouth parks. The project also calls for clearing land for a memorial garden and 4,200-square-foot agility area. “This summer we’re going to do a call for Rhode Island artists for sculpture in the center of the memorial garden,” Rounds said.

• $23,000 will be used to install night lighting at the eastern end. Neal Hingorany, a consultant from NEI, said six lights will be installed mostly around the parking area, but will also illuminate both the small and large dog park areas. The lights should provide enough illumination to let owners supervise their dogs after sunset and before 8 p.m. during the winter months.

• Up to $34,700 — with matching town funds — will go toward expanding the parking lot. Hingorany said extra parking is needed because the town has expressed concerns about overflow vehicles using Smith Road. “Our solution is to extend the parking lot toward the north. We’ll lose five spaces, but gain 24,” said Hingorany, noting the expanded lot will remain gravel-based.

There are no wetlands involved in the project, according to Hingorany, who said construction bidding and permitting will be pursued immediately.

In addition to the engineering study, VBCF is underwriting a project to collect and analyze data regarding use of the dog park. The year-long data study is being conducted by students from Salve Regina University’s math and economic departments.

After council member Keith Hamilton said it would helpful to know if out-of-towners are frequenting local businesses when they visit the dog park, Rounds said the committee is also planning to carry out an economic impact study.

Local resident Thomas Grieb raised concerns over a larger dog park, saying “the greater congregation of dogs, the greater the chance for a problem.”

The dog park, he said, has greatly increased the number of off-leash dogs elsewhere in Melville Park, which has changed the character of the area.

Instead of expanding the dog park, Grieb suggested creating a second facility at Glen Park.

“That would allow the same numbers of dogs, but in smaller congregations,” he said. “I don’t think we need a larger park. I think two parks might be a better way of serving the dog community.”

Despite Grieb’s comments, the council voted 6-0 to approve the expansion plan. Council President Kevin Aguiar was absent from the June 13 meeting.

The dog park’s original construction budget of $120,000 was funded by VBCF, Aquidneck Land Trust, Rhode Island Foundation, a council loan that’s been paid in full, and 300 gifts and in-kind contributions from individuals and small businesses.

“Five years ago, the van Beuren Charitable Foundation contributed half the cost of building the dog park, and now they are underwriting the entire cost of expanding and lighting it,” said Jane Regan, who chairs the dog park committee. “We are deeply grateful for their faith in this project.”

For more information about the Portsmouth Dog Park, visit www.portsmouthdogparkri.com.

Police: Woman arrested after driving over lawn on Prudence Island