PORTSMOUTH — It was the same application, the same board, but different results this time around — and the abutters to a large-scale solar facility approved for land on the east … 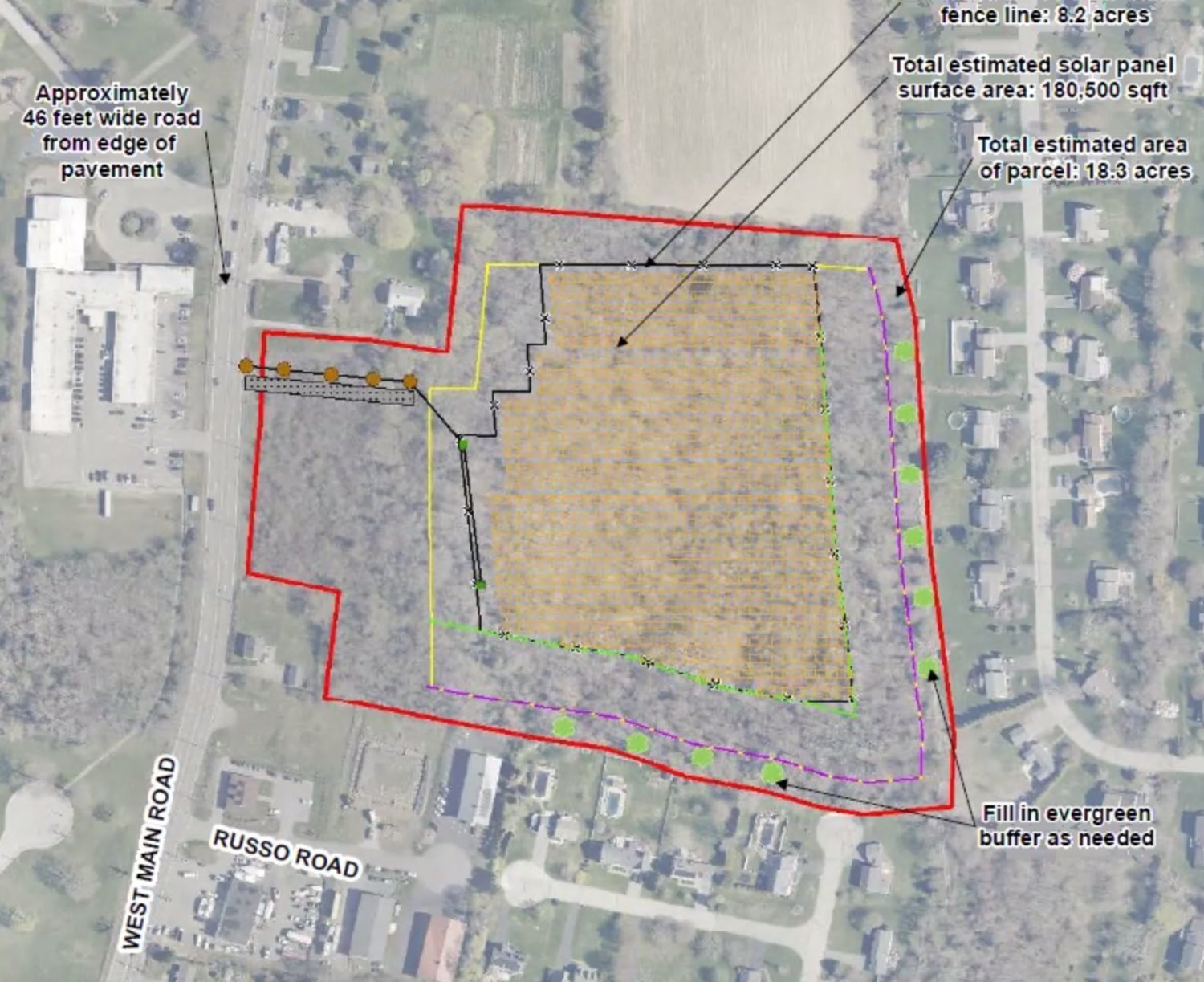 Editor’s note: This statement in reaction to the Planning Board’s decision last week was written by David Howard on behalf of Portsmouth Residents for Responsible Solar.

This statement is submitted on behalf of a group of Portsmouth residents who have struggled for 18 months to instill some common sense into the town’s commercial solar array approval process.

Although successful in getting some modifications to the town’s faulty solar ordinance (that was developed outside the purview of R.I. General Law Chapter 45), we faced the specter of four arrays that were grandfathered under original ordinance terms. Hoping to defend residents’ interests, we attended every Planning Board meeting pertaining to array proposals or modification to the ordinance.

We were baffled during a meeting last year when the board voted to recommended to the Town Council that they summarily reject all of GrowSmart RI’s proposed amendments to the solar ordinance after discussing only one of them and finding it too restrictive.

We have contended that solar sprawl was overwhelming one small segment of Portsmouth, that cutting down trees in the name of “climate change” was nonsensical, that the original ordinance unduly favored developers over abutters in terms of setback and visual screening and that property values would be hurt (per a URI study) but went largely unheeded.

Then finally, in last week’s meeting, residents were denied input prior to the re-vote on West Main Solar 1’s petition, which is technically within the board’s rights. However, rather than explain why we were excluded, the rude and condescending town solicitor aggressively pressed the board to vote without public input.

Those who attended were appalled by the process and behavior, but not surprised by the subsequent vote that approved the petition. Many of us have thought from day one that the fix was in for three of the grandfathered arrays (whose lot owners were well connected to town government), but we were disappointed by the apparent lack of respect shown the public and unwillingness to hear us out.

To be clear, we’re not opposed to renewable energy writ large and acknowledge that some of Portsmouth’s solar arrays cause minimal negative impact and make good sense. However, we expect and deserve better from the town during these meetings and only want our voices heard in the hope of making Portsmouth better for its residents.

PORTSMOUTH — It was the same application, the same board, but different results this time around — and the abutters to a large-scale solar facility approved for land on the east side of West Main Road were not happy about it.

In December, the Planning Board denied West Main Solar I’s final plan approval for a controversial 3.16-megawatt solar photovoltaic facility across from Melville Elementary School, just north of Russo Road. The vote was actually 3-2 in favor of the petition, but at least four votes were needed to approve the plan under the meeting rules.

However, because the seven-person board was down two members at the time — former Chairman Guy Bissonnette, who had resigned shortly before the Dec. 8 meeting, and Kathleen Wilson, who was absent — planners agreed to reconsider the vote and continue the meeting to the January meeting. During the Dec. 8 meeting, Vice Chairman Luke Harding, sitting in as chairman, said he believed those two members appeared to be in favor of granting the application.

“When you have a board that’s supposed to be seven, and you don’t have even close to that, it’s not really that board,” Harding said after that meeting, explaining his reasoning for supporting a re-vote. “Out of respect for Guy Bissonnette, who put his heart and soul into that petition — he’s always a very fair guy — I wanted to honor the way he thought and the way he treated this board.”

And so in the do-over vote on Wednesday, Jan. 12, a full board voted 4-2 to approve the petition this time. Wilson, as expected, voted in the affirmative. New member Chris O’Connell, who did not sit in on the petition hearing since he was appointed by the Town Council on Jan. 10, did not vote.

The two votes against the application were cast by the same two members who voted in the minority last month: Harding and Seth Pilotte, who had raised concerns over the amount of clearcutting of trees the applicant had proposed. Gleason, David Garceau, Edward Lopes, Jr., and Ryan Tibbetts voted in the affirmative.

Just before the vote, David Croston of Sweet Farm Road, one of the abutters opposed to the facility, tried to raise a point of order. Town Solicitor Kevin Gavin, however, interrupted him to say a member of the public doesn’t have that right — only the board does.

His advice, Gavin told the board, was to “reconsider and revote, period.”

Croston, a former chairman of the School Committee, wasn’t finished, however.

“Kathleen (Wilson) cannot vote,” he said, pointing out that Wilson was not at the December meeting.

“Mr. Croston is out of order,” replied Gavin, adding that Wilson had reviewed the tape of the December meeting and was entitled to vote, and that the board had inherent authority to reconsider its earlier decision. “The public hearing has been concluded. I’m not going to get into a debate with Mr. Croston.”

Several other abutters also tried to speak up, with one telling board members they didn’t have to take Gavin’s advice. When Croston argued about the wording of the motion, Gavin said he wasn’t allowed “to monopolize the discussion” as if he were “the chair of the board.”

Town Planner Gary Crosby said he supported Gavin’s advice that the board proceed to a vote without further comment. Crosby, who appeared remotely, said he tried to make that point earlier but was not recognized.

In other action Wednesday night, the board voted to elect Lopes as its new chairman, and Harding as vice chairman.