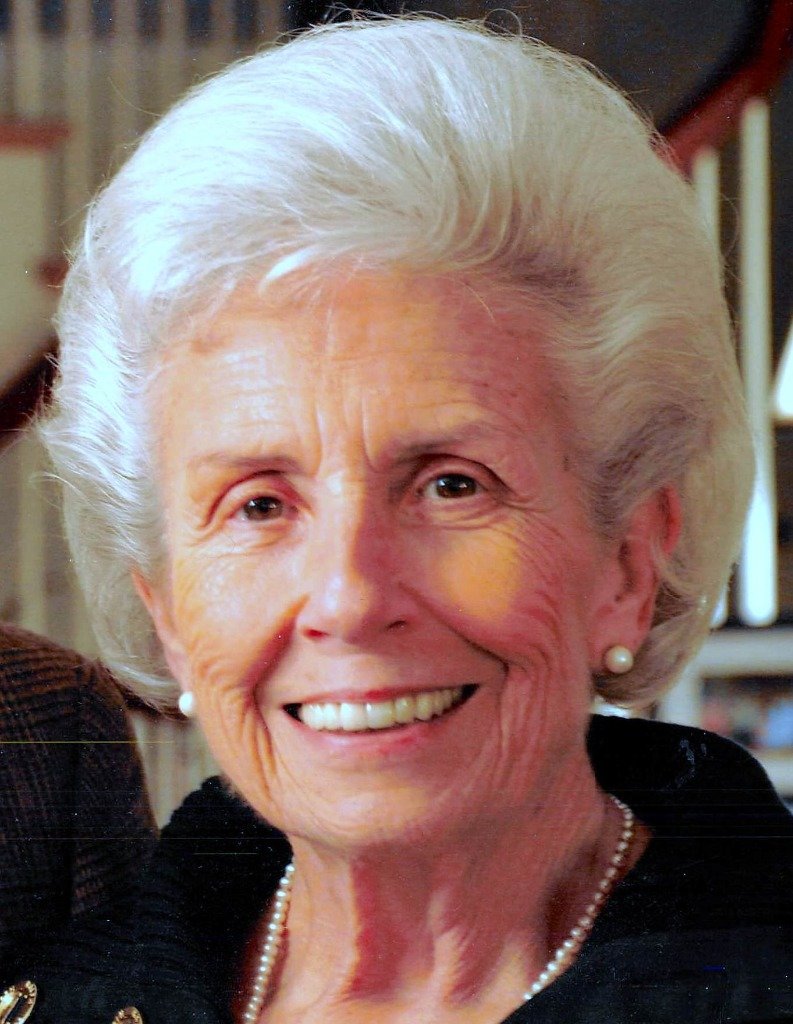 Dolores Ann "Lola" Salesses passed away on Dec. 17, 2021. She was the wife of Major General John J. Salesses USMC, Phd “Jay”. Lola was born in Providence on Dec. 31, 1934, a daughter of the late Frederick W. (former Bristol Police Chief) and Dorothea Serbst.

Lola was raised in Bristol and graduated from St. Mary’s Bay View Academy. On Nov. 27, 1954, Lola married Jay, the love of her life and her husband of 67 years.

Early in their marriage, Lola and Jay moved 17 times as Jay pursued a career with the U.S. Marine Corps. They settled in Barrington, RI where Lola enthusiastically dove into raising their four children. She was active in area organizations including Barrington Public Schools, Barrington Yacht Club, Newport Garden Club, and USMC Officers Wives Club. Lola was an avid sailor and skier. She enjoyed nothing more than driving her grandchildren around in her white Cadillac. Lola would take them wherever they wanted to go, which usually included Newport Creamery and T.J. Maxx.

Lola was a champion for all and encouraged others throughout her life with her great faith and enthusiasm for life. She impacted so many people’s daily lives through her positive outlook and smile, making friends wherever she went even halfway around the world. Lola travelled often with Jay enjoying their many adventures traveling to Asia, Europe, and throughout the States. Often visiting their children and grandchildren in Florida, Virginia, and Washington, D.C. where they also had many friends.

Lola had great compassion for others and in particular animals, as evident by the many family pets Lola and Jay had over the years. Lola was always willing to take in the stray dog or cat, giving them a chance and a great life.

Along with her husband Jay, she is survived by her four children: John J. of Warren, RI; Robert G. and his wife Tara of Montclair, VA; Gregory M. and his wife Kim of Tallahassee, FL; and Beth Ann McQuade and her husband Dan of Barrington, RI.  Lola adored her 10 wonderful grandchildren: Katie, Gregory, Sarah, Madeline, Mallory, Meredith, Margaret, Patricia, Grace, and Virginia. Lola and Jay have 4 beautiful great-grandchildren Harrison, Lila, Nora, and Ellie.  She is predeceased in death by her brother Frederick Serbst, former Fire Chief of Bristol.

The family wishes to thank the team at Hattie Ide Chaffee Nursing Home for their care. In lieu of flowers, donations may be made to St. Mary’s Church in Bristol or the Marine Corps University Foundation, Quantico, Virginia. For online condolences visit, www.PERRYMCSTAY.com.