Ryan Soares was never good at skateboarding as a kid, but he never forgot how much he enjoyed trying it. 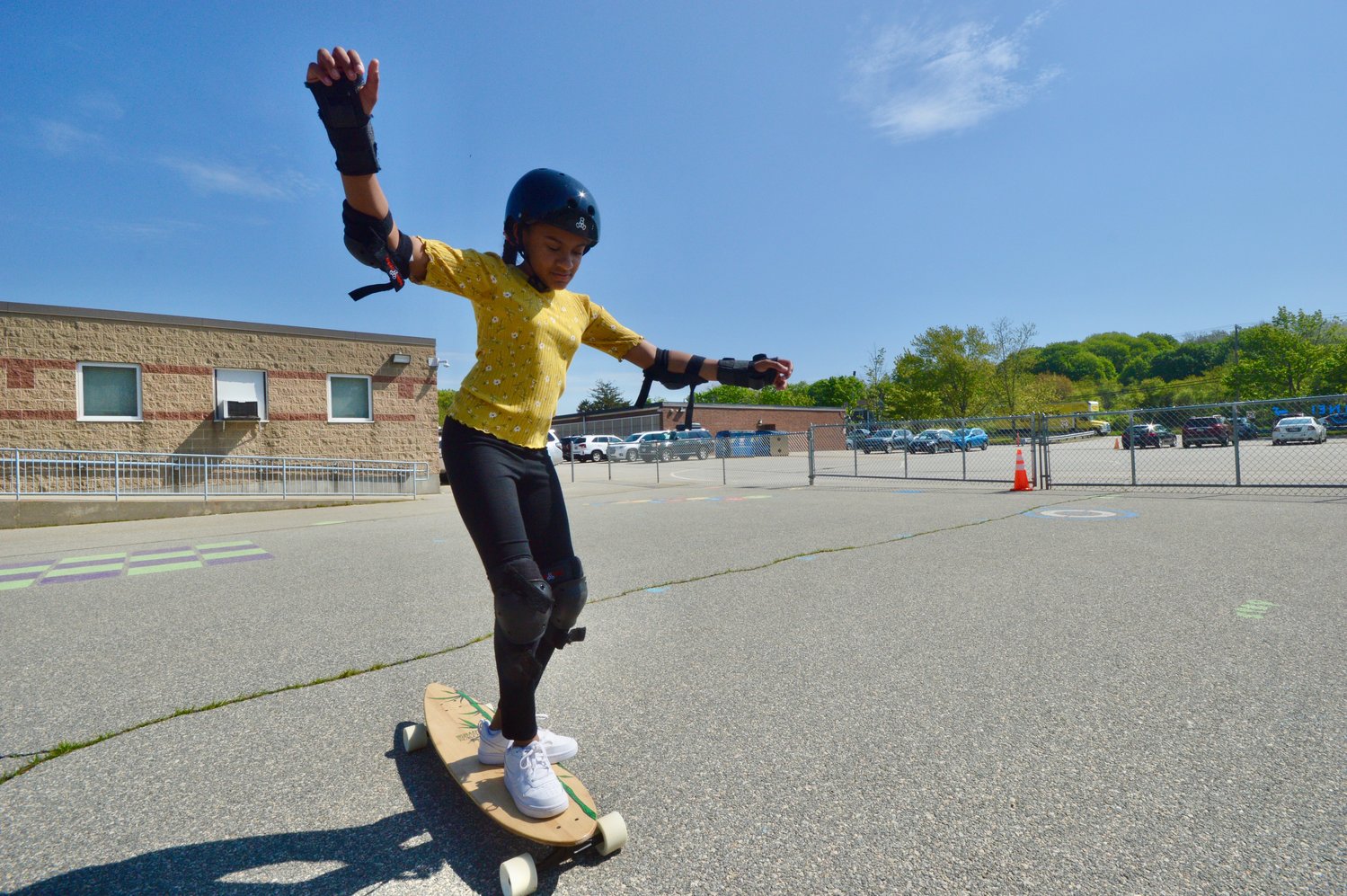 Fourth-grader Keiley balances on the longboard during gym class at Melville School on Monday.
JIM MCGAW 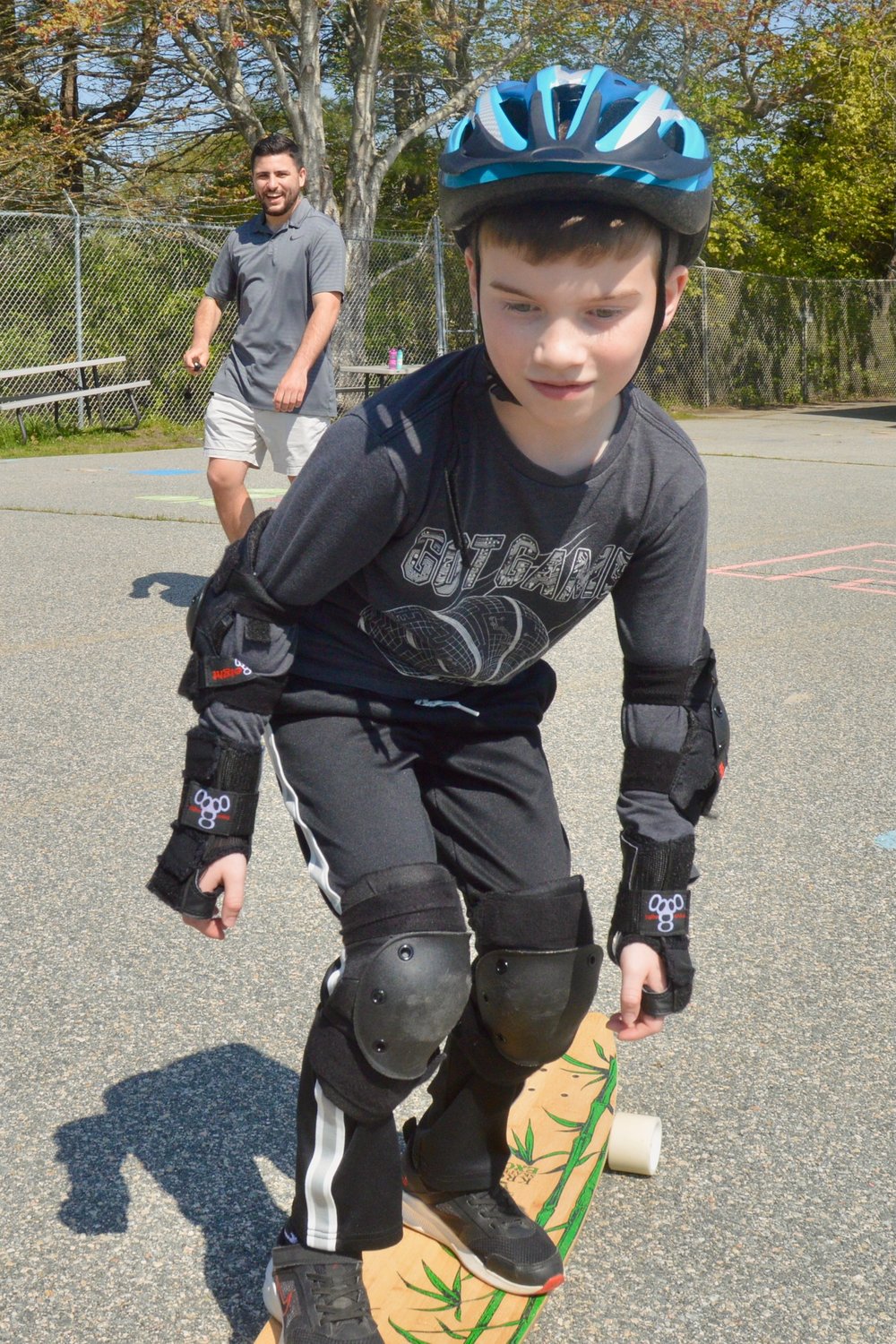 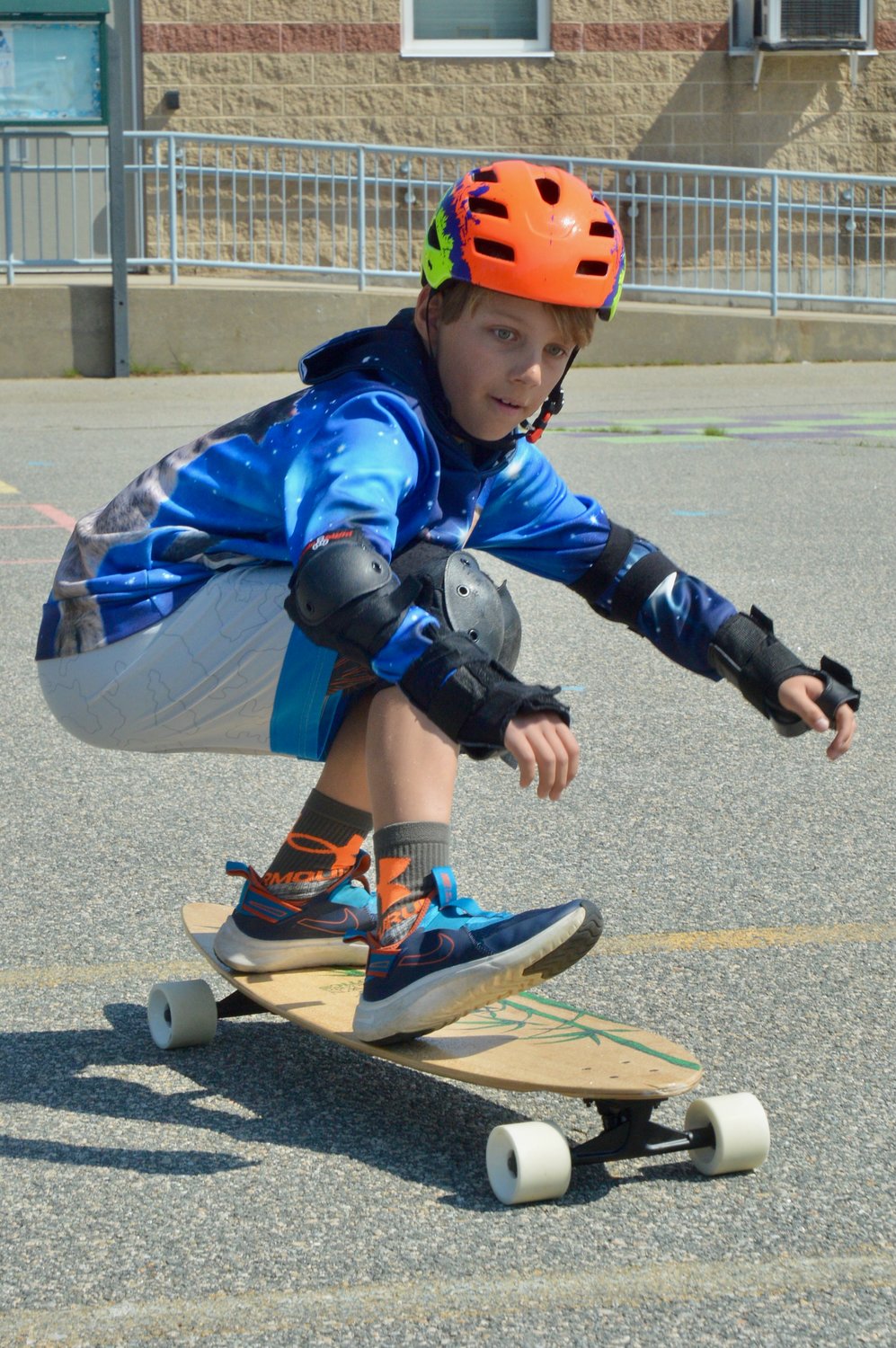 Colby, a fourth-grader at Melville School, proved to be one of the more advanced longboarders in Ryan Soares’s gym class on Monday, although the activity is ideal for all skill levels.
JIM MCGAW 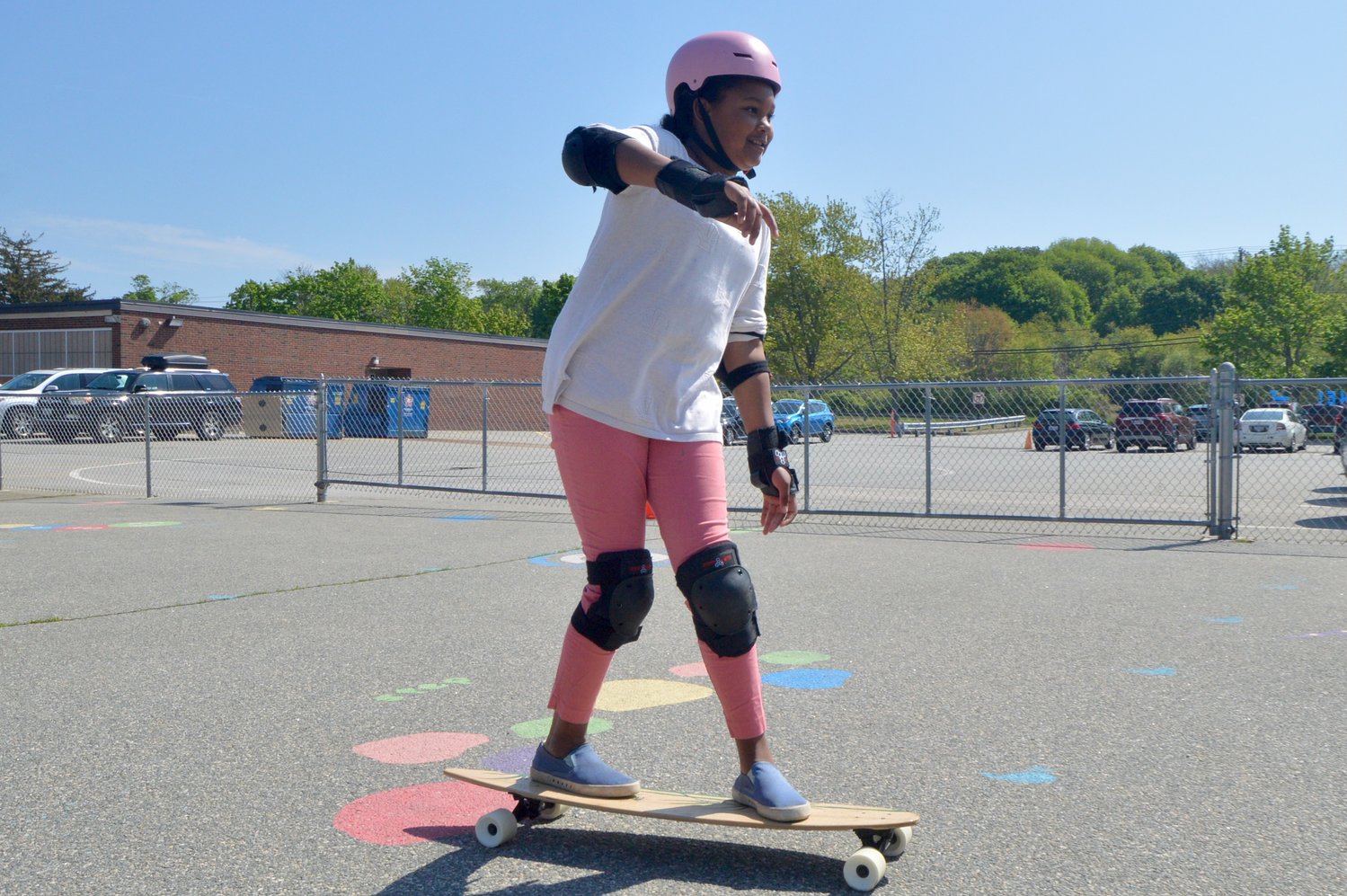 Ellie coasts on the longboard during P.E. class in the Melville School parking lot on Monday.
JIM MCGAW 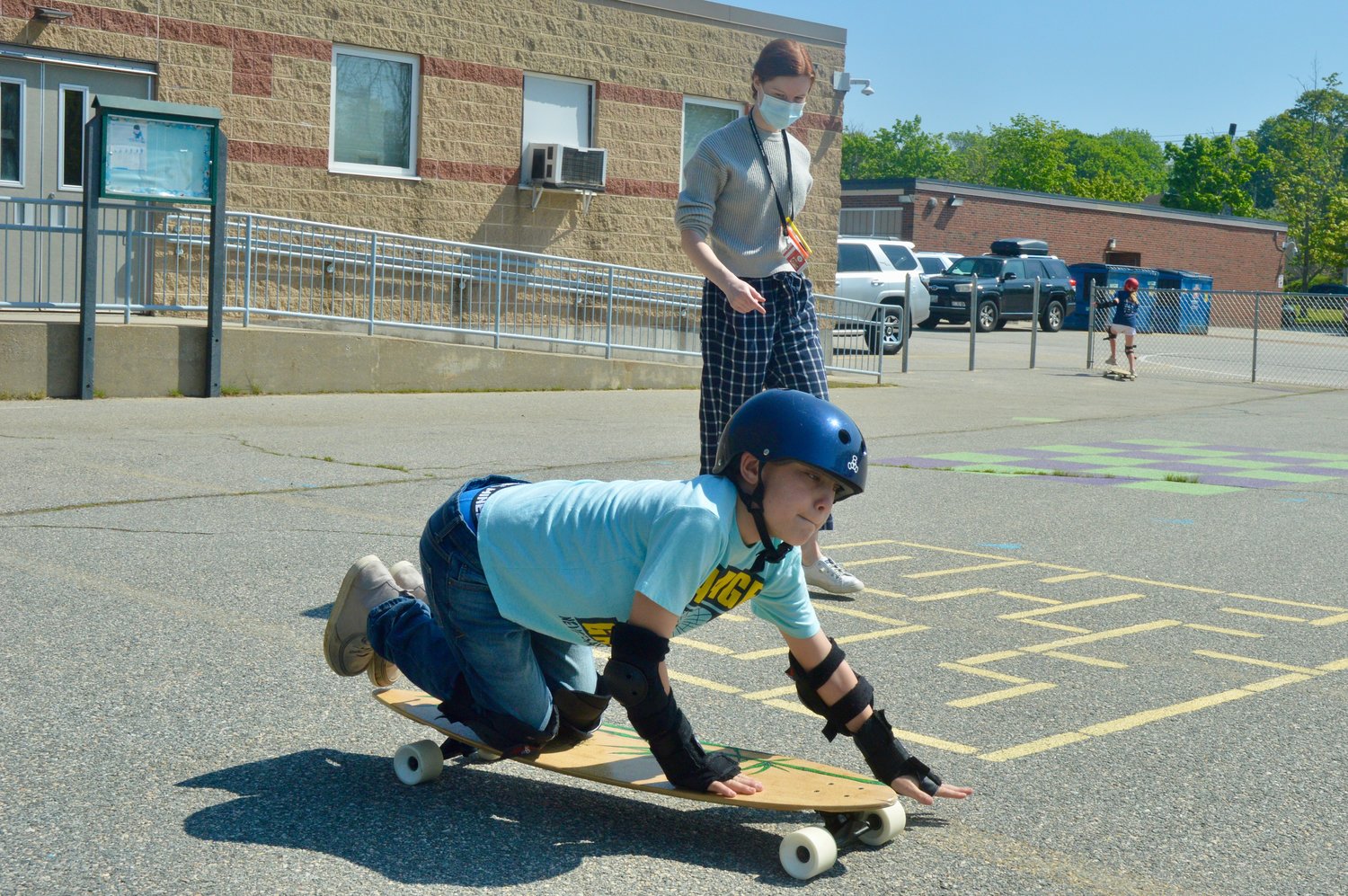 Aiden, a fourth-grader at Melville School, preferred to ride low to the ground on his longboard. Looking on is teacher’s aid Kaitlin Powell.
JIM MCGAW 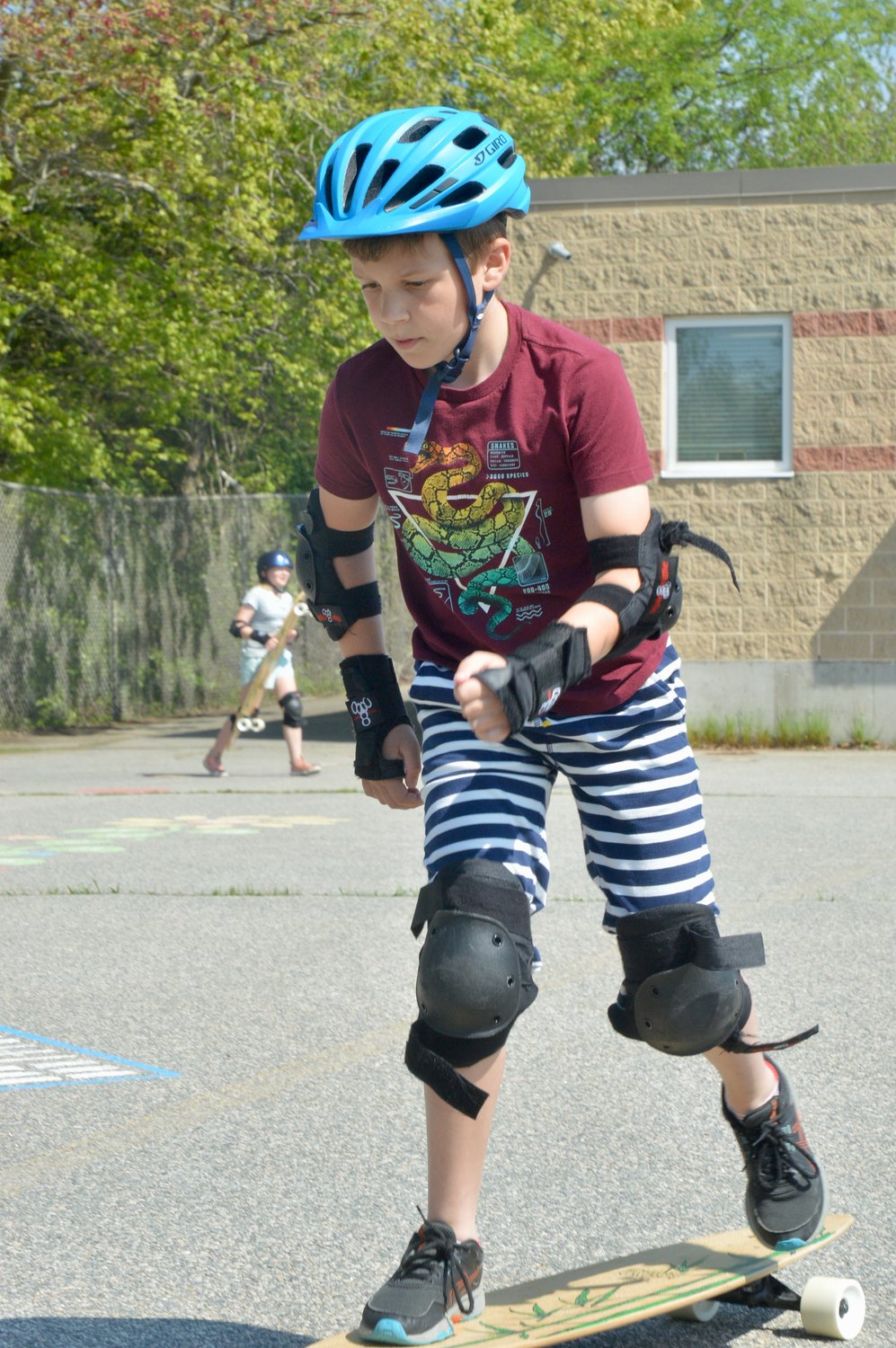 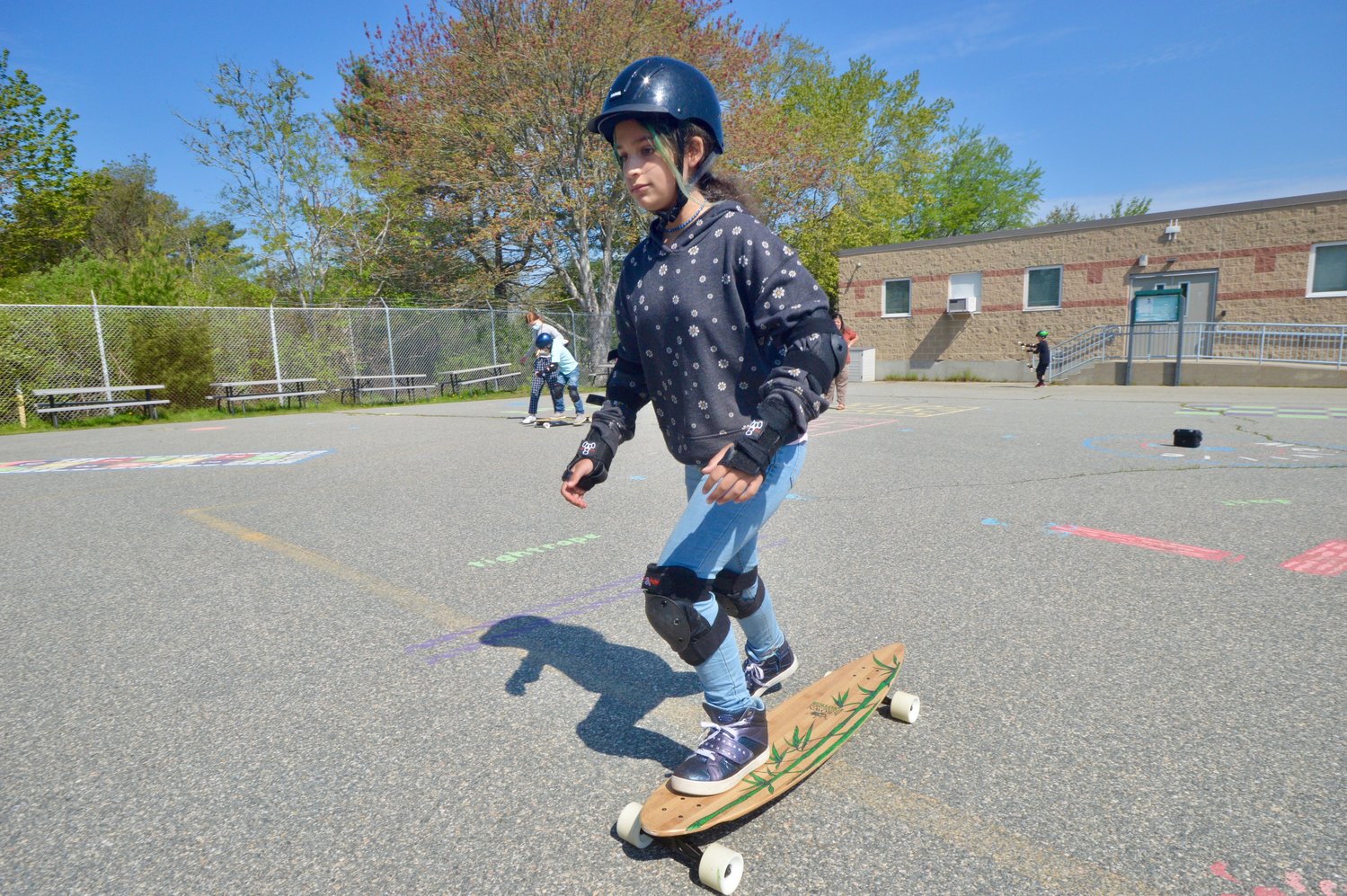 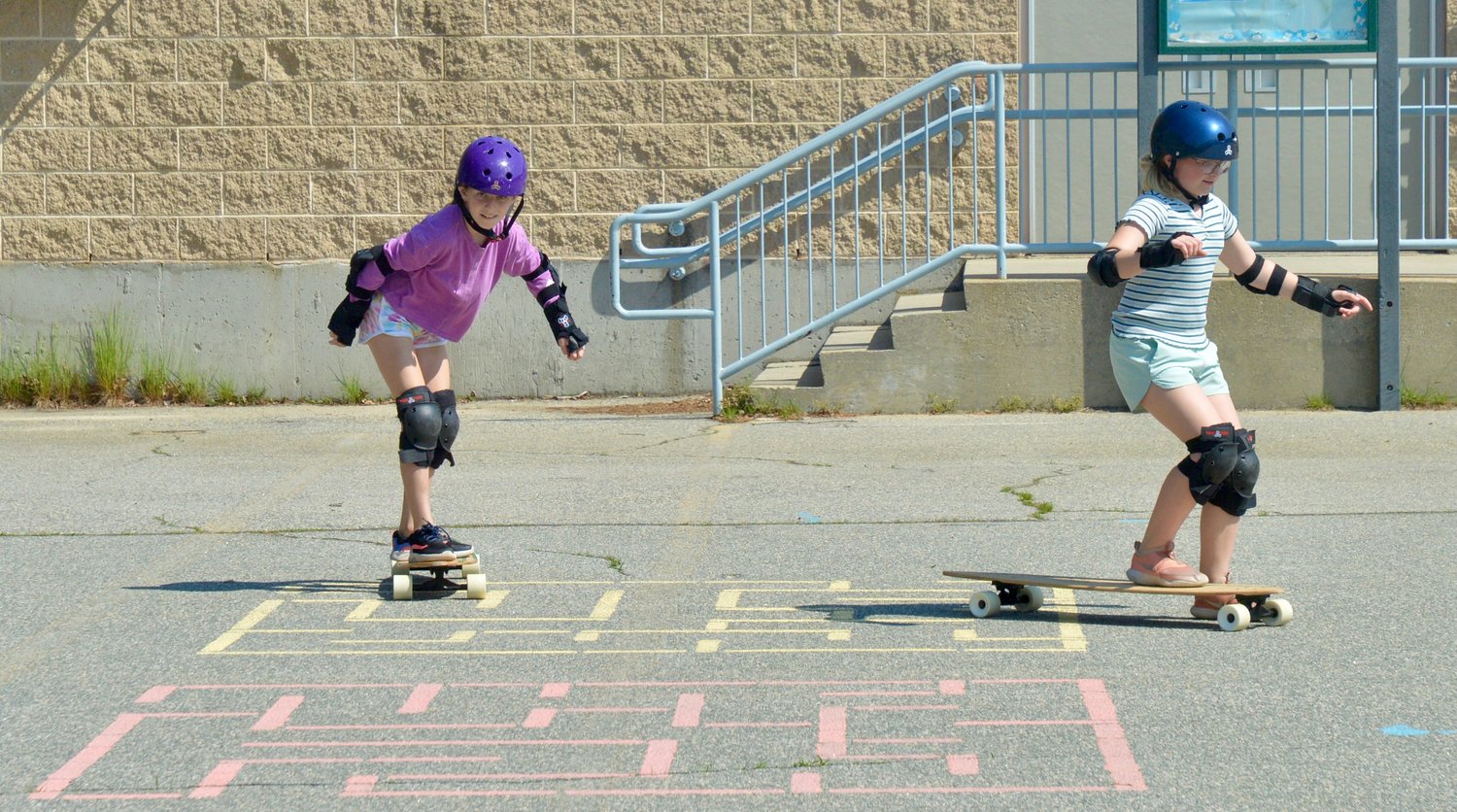 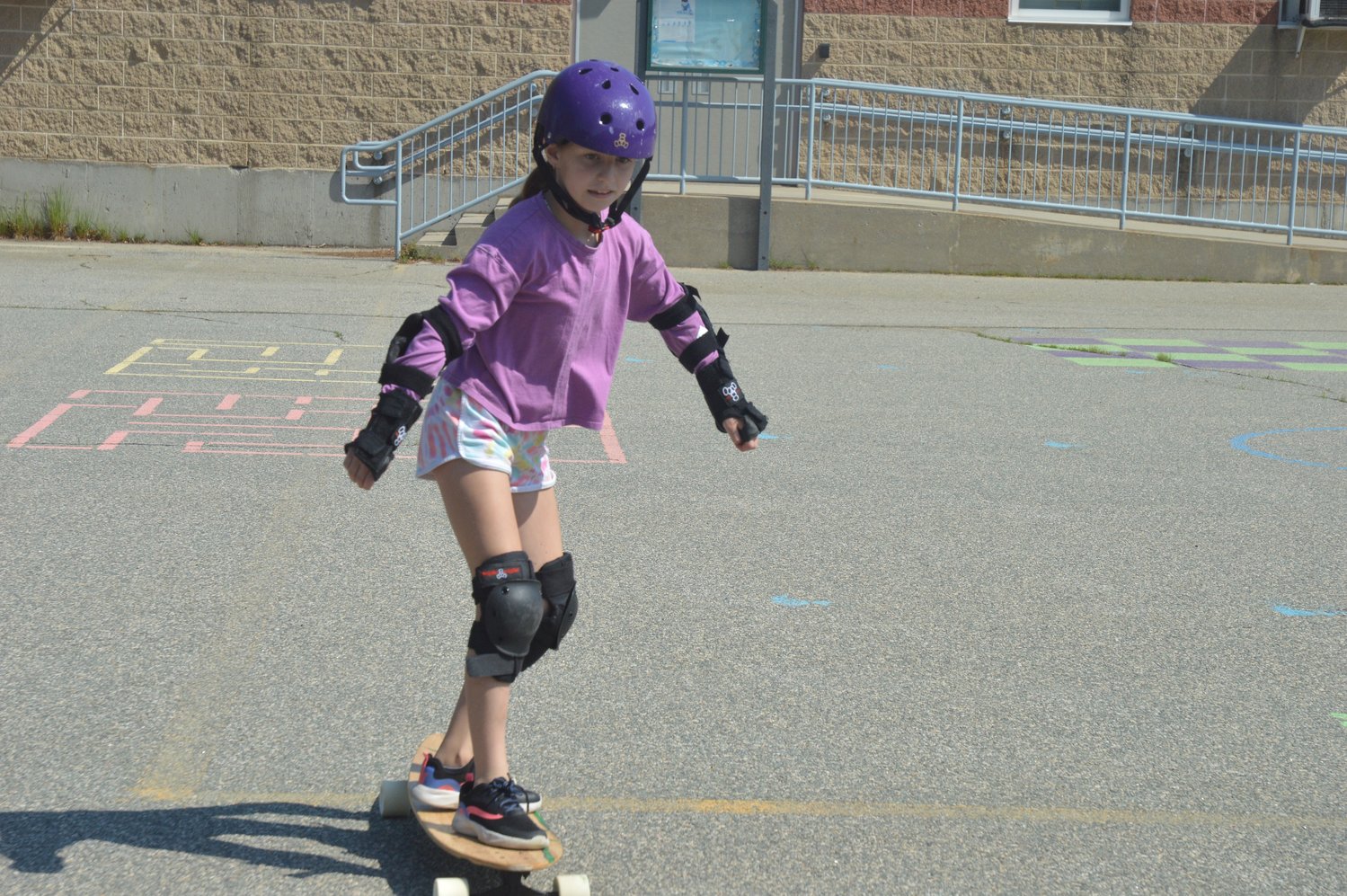 Ryan Soares was never good at skateboarding as a kid, but he never forgot how much he enjoyed trying it.

Now the second-year physical education instructor at Melville Elementary School is teaching students in kindergarten through fourth grade how to ride a skateboard in gym class.

“I thought, if I was a kid, what would I like to do in school, in phys ed?” said Soares, who successfully applied for a grant through Newport Hospital for a new program he calls SkatePass. It started May 1 and is now part of the Melville School curriculum, said Principal Danielle Laurie.

“We wanted to bring something new and different to the school, and he came up with this skateboarding idea. This is the first year he’s been able to fully implement it,” she said. “I’ve never seen any other school do it, and that’s what I like about it. At Melville, we like to try different things.”

SkatePass aligns with the National Physical Education Standards, and benefits all students in school, Soares said.

“This gives kids who don’t like team sports, or who aren’t the most athletic, an opportunity to shine in front of their peers,” he said, adding it should also cut into students’ “screen time.”

“Longboards are a little different than skateboards,” Soares said. “They’re more for just cruising — getting some exercise. Skateboards are more for tricks and stuff like that. This is more like a bike — they can ride around the neighborhood.”

Students took to the activity right away, he said. They started skating inside, and then took it outdoors when Soares felt they had learned all the safety requirements.

“The first week, a lot of them came up to me saying they’ve never rode one before. They didn’t know how to stand on one. Now, kids in every class across the school — kindergarten through fourth grade — can stand up on their own and coast,” Soares said.

The program has proven to be a hit, with several students planning on getting their own boards so they can cruise their neighborhoods.

“I’ve already had multiple parents reach out saying (buying a longboard) is on their list,” he said. “This is a safe environment to learn the sport, which they can carry into the summer.”

Soares said he picked skateboarding/longboarding for his phys ed class because it’s different.

“Plus, they’re going to remember this forever. ‘Yeah, we did longboarding in gym class.’”