A temporary proposal to permanently save lives

Melissa Cotta and Bryan Ganley, co-founders of Bridging the Gap for Safety and Healing, the group working toward getting suicide prevention barriers on the state’s four tallest bridges, are …

A temporary proposal to permanently save lives 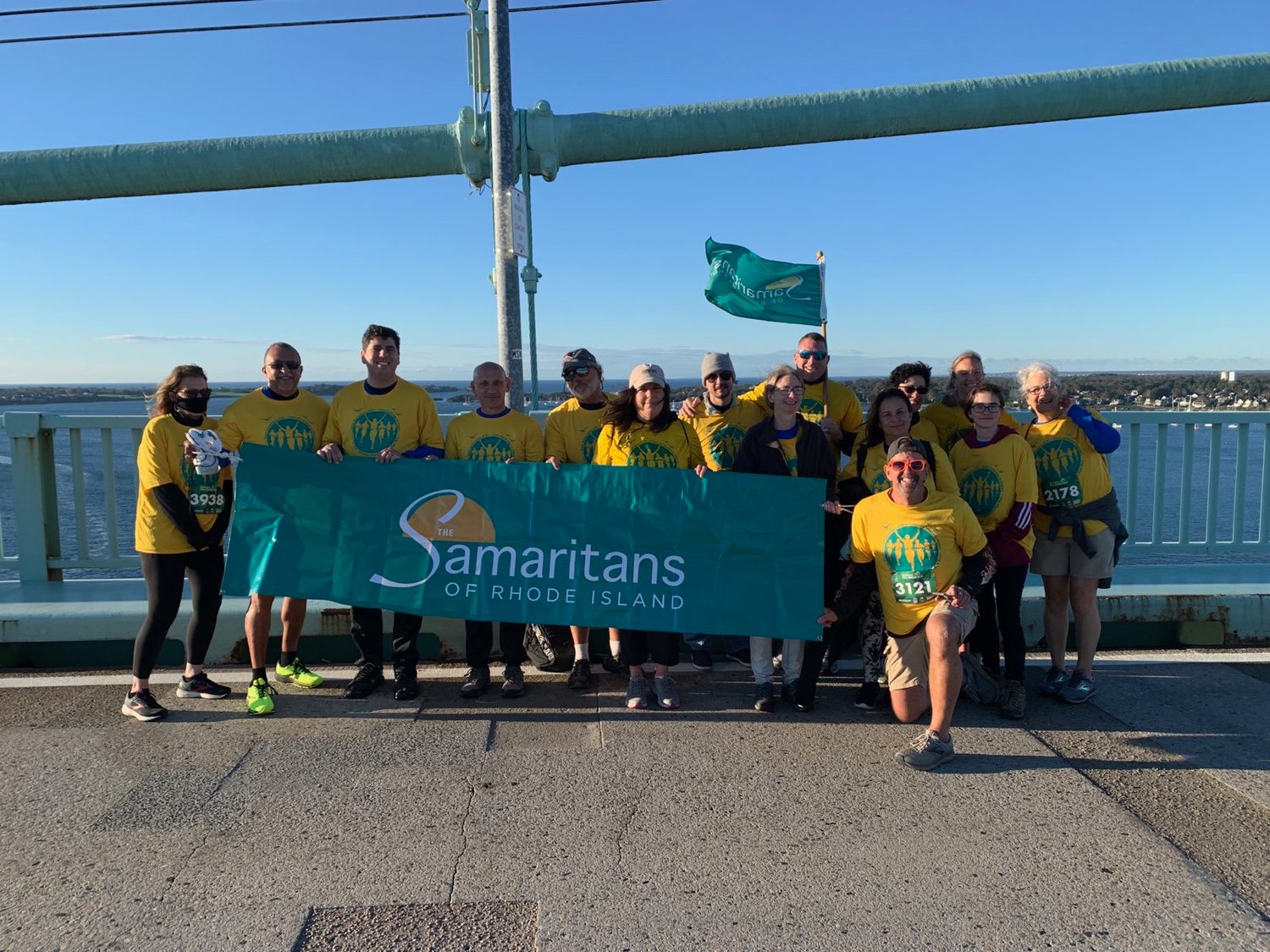 The Samaritans Team gathers for a photo on top of the bridge at the Pell Bridge Run, held Sunday, Oct. 17. The group includes barrier advocates Sen. Louis DiPalma and Rep. Joseph Solomon, as well as Melissa Cotta and Bryan Ganley of Bridging the Gap for Safety and Healing.
Posted Thursday, October 21, 2021 7:00 am

Melissa Cotta and Bryan Ganley, co-founders of Bridging the Gap for Safety and Healing, the group working toward getting suicide prevention barriers on the state’s four tallest bridges, are frustrated.

“I don’t know what to say,” said Cotta. “We just need to get it done. The people who have experienced losses of friends and family members don’t understand why this hasn’t happened yet.”

In July, The Rhode Island Turnpike and Bridge Authority sent out a request for proposals “from qualified consulting firms with capabilities to perform conceptual study and analysis services associated with incorporation of suicide prevention measures for Jamestown-Verrazzano, Claiborne Pell, Mt. Hope, and Sakonnet River Bridges.”

“The deadline for proposals passed in September, and nobody has come forward with a number to go forward with it,” said Mr. Ganley.

In the meantime, people continue to use these bridges as a means to end their lives — as recently as Monday, Oct. 18, when someone jumped from the Pell Bridge. Earlier this month, another person died in a jump from the Sakonnet River Bridge. “I always say, ‘as far as we know,’ when it comes to numbers,” said Cotta. “Nobody officially keeps track, but as far as we know we have lost 12 people from our bridges since the end of November, 2020.”

“That’s more than one a month.”

Legislation championed by Sen. Louis DiPalma, a Middletown Democrat, and Rep. Joseph J. Solomon Jr., a Warwick Democrat, has called for suicide prevention barriers on three of those bridges, but to date, it has failed to reach the General Assembly floor each session it has been introduced. Ganley and Cotta hoped the bill would come up in a special session this fall, but that is looking unlikely, so they are hoping to see it reintroduced in January with the new session.

In the meantime, Ganley has come up with a novel idea: pretend like there’s a construction project launching on the bridge, and put up the same safety barriers — orange netting, mostly — that you would use to protect workers.

“I came up with that out of the blue and ran it by DiPalma and Solomon,” said Ganley. “I mean, any construction site would have certain safeguards in place, and these bridges have become a public safety issue. And the turnpike and bridge authority must have miles of that orange netting in a storage shed somewhere … It’s been done elsewhere, and they were so ugly, they couldn’t wait to put the permanent ones up.”

Cotta agrees. “We need to be proactive and put up temporary barriers,” she said. “I just want people to stop dying.”

In an effort to further rally public support behind their effort, Ganley and Cotta launched a Change.org petition in July, following a holiday weekend during which two people died by suicide from the Mt. Hope Bridge — one at 6:30 a.m. on the morning of July 5, as parade attendees drove into town. Titled “Suicide Prevention Barriers in Rhode Island’s Bridges Now!” it has nearly 4,000 signatures, many with comments about how this issue has personally affected them.

“I’m signing because my father committed suicide by jumping off the Mt. Hope Bridge. How many people are we going to lose before we put barriers up?”

Whether Ganley’s pitch to erect temporary barriers will have any traction or not, he doesn’t know — but he’s willing to try about anything at this point.

“People are dying while we’re ironing out the details, but we’ll stay stay the course,” he said. “We’re not letting up.”