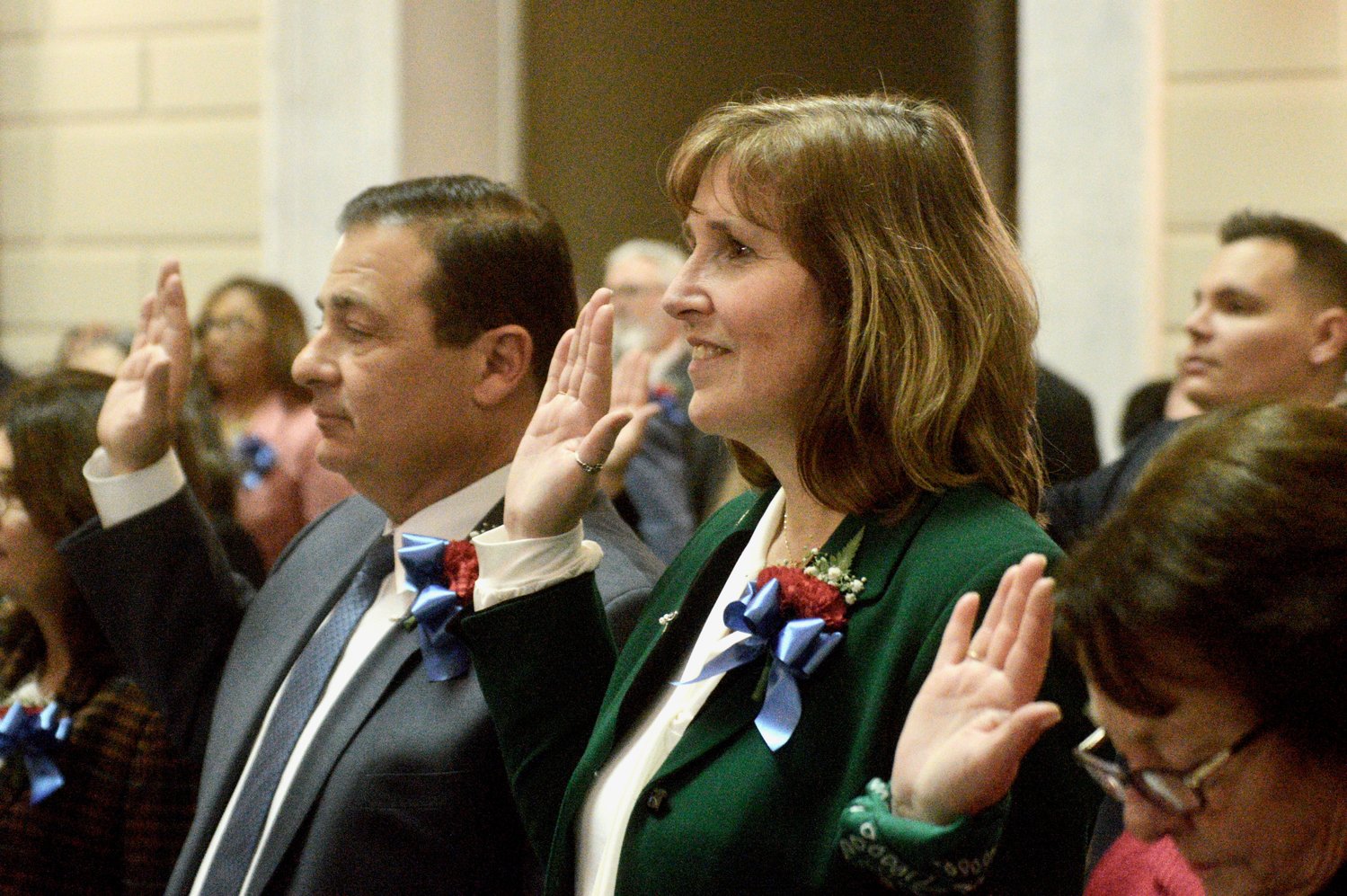 The legislation (2023-H 5142) is a response to efforts in Rhode Island and nationwide by the American Chemistry Council, a plastics industry advocacy group, to reclassify the process of high-heat processing of plastic waste as manufacturing instead of waste management.

McGaw has been a vehement opponent of the proposed classification and was sponsored similar legislation last year, saying it is vital to protect Rhode Island's environment.

“In 2023, the Ocean State should loudly and clearly reject any plan to fill our environment with toxins from the processing of plastic waste," she said this week. "Our state must not be fooled by the plastics industry’s effort to rebrand and protect itself at a time when we all know we need to drastically reduce our use of its products."

“We should prohibit these facilities in no uncertain terms and protect our people and our environment from this dangerous type of pollution.”

The plastics lobby has been touting “advanced recycling,” which involves disposing of plastic waste by processing it at high temperatures, for several years. Though few such facilities exist in the United States, those that do don’t recycle plastic into other plastics; instead they produce synthetic fuel, which is burned there or elsewhere, and waste byproducts. Environmental groups say the process emits toxins and just as much carbon pollution as ordinary incineration, both from the fuel used for the process, and in the use of the resulting synthetic fuel.

According to Just Zero — a Massachusetts-based organization dedicated to just and equitable solutions to climate-damaging and toxic production, consumption and waste disposal practices — there are only six operational commercial advanced recycling facilities in the 21 states where the plastics industry has succeeded in getting lawmakers to exempt advanced recycling from environmental protection laws.

Just Zero and other environmental advocates warn that air emissions, chemicals and waste products generated at these facilities can include lead, mercury, chromium, benzene, toluene, arsenic and dioxins – all of which pose significant risks to human health and the environment.

All six of those facilities employ pyrolysis – the same high-heat process that Rhode Island rejected for medical waste two years ago. At that time, facing a proposal on the West Warwick-East Greenwich border to process medical waste from around the region, the General Assembly passed legislation to prohibit new high-heat medical waste processing facilities near residential neighborhoods, schools, nursing facilities and delicate environmental areas.

Rep. McGaw’s bill would expand protection for Rhode Island, prohibiting all types of high-heat waste processing, not just for medical waste, and applying that ban statewide.

“Advanced recycling is just pyrolysis for plastic waste. It’s not manufacturing — it’s solid waste management, and we need to treat it as such, keeping all our environmental protections in place," she said. "Pyrolysis requires a lot of fuel to keep temperatures high, and it doesn’t make toxic, polluting chemicals disappear. It’s not the panacea that the plastic industry wants us to think it is, and I doubt there are many Rhode Islanders who would welcome this type of facility in their town."

“Plastic pyrolysis is quite clearly the opposite of what we should be doing, and our state must stay focused on our commitment to reduce our use of fossil fuels and petroleum products. Rhode Island must stand up to them and keep moving toward the cleaner, safer and more sustainable environmental future we need.”