Townies tumble out of D-II boys' volleyball playoffs in semis

Townies tumble out of D-II boys' volleyball playoffs in semis 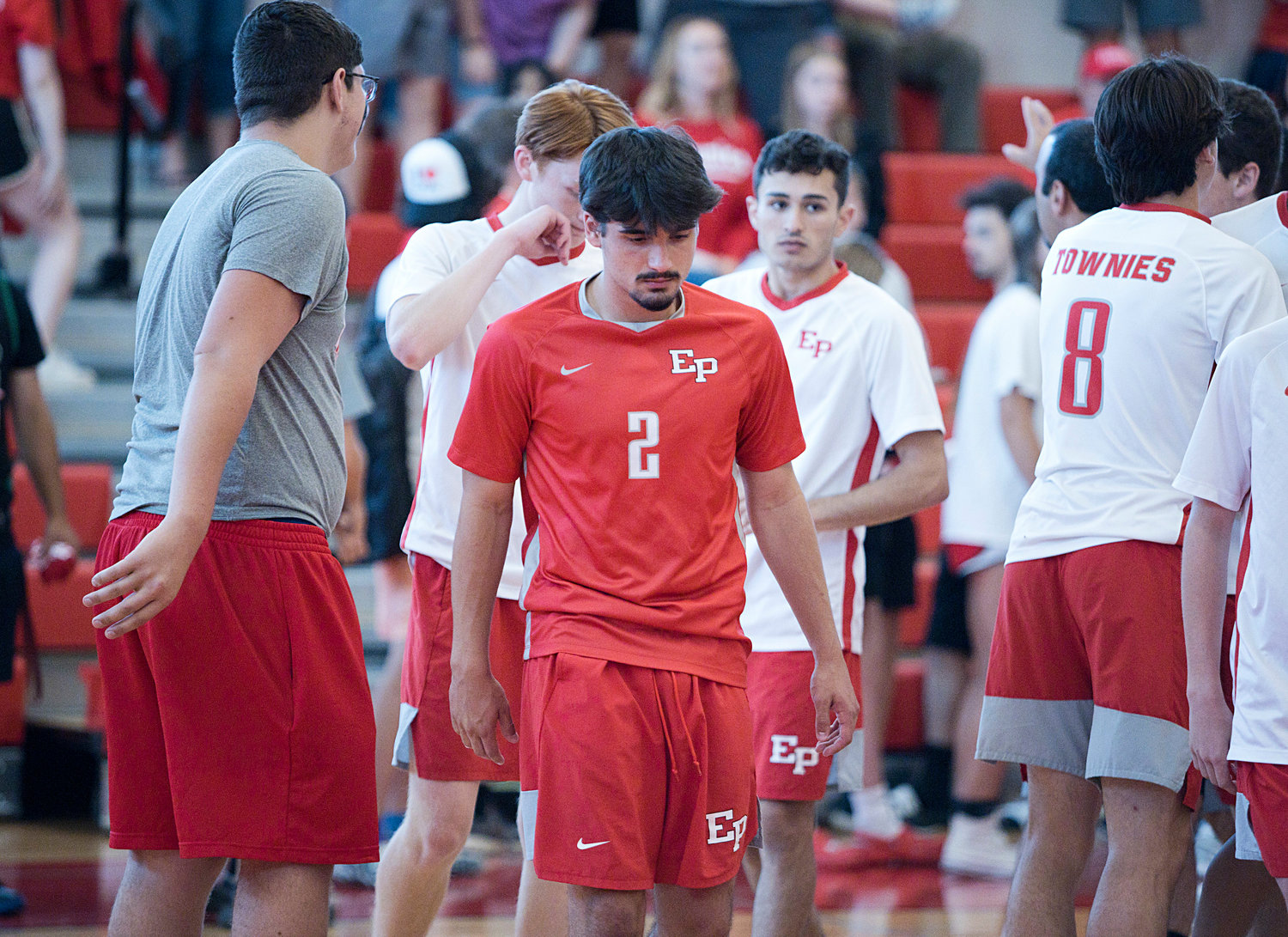 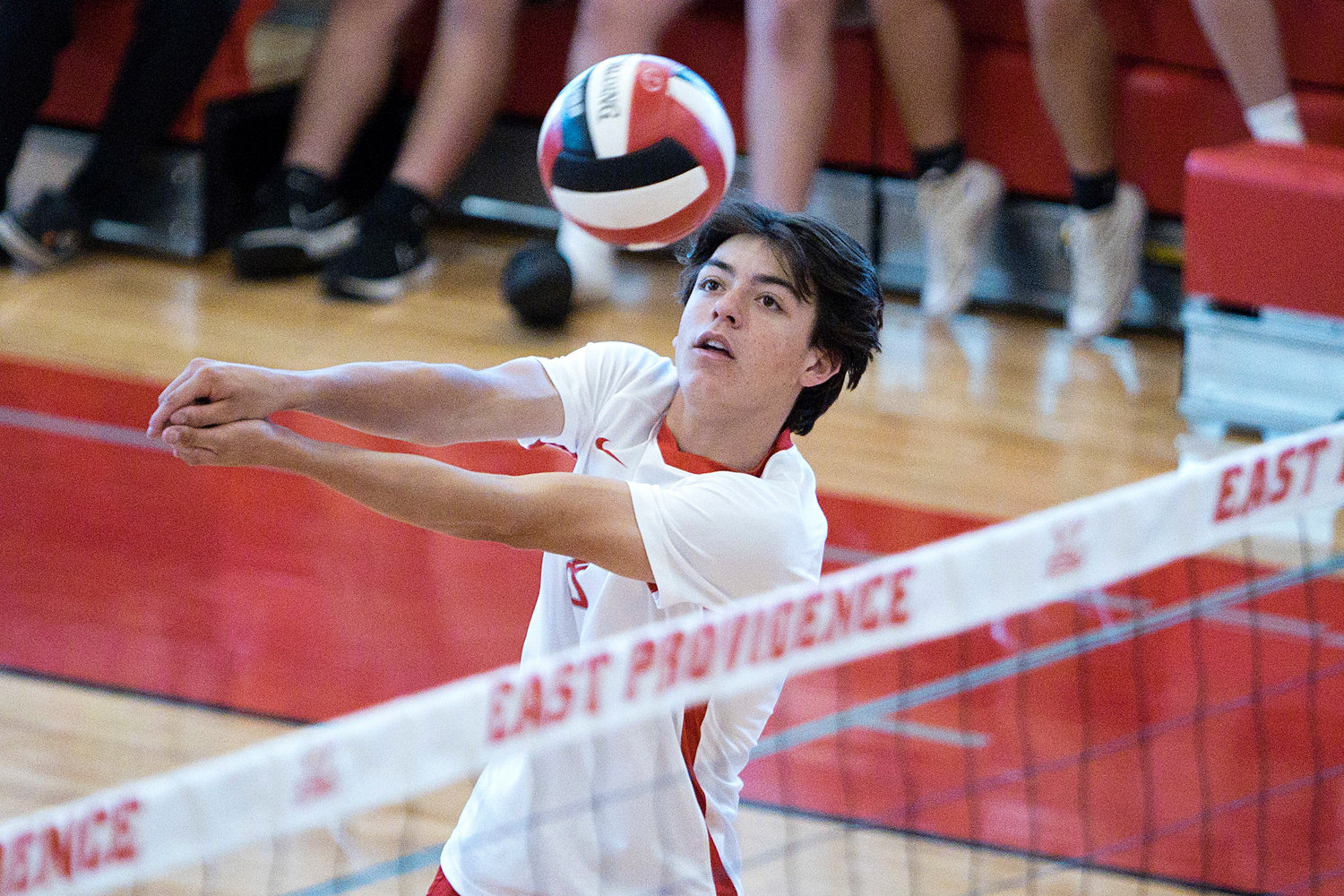 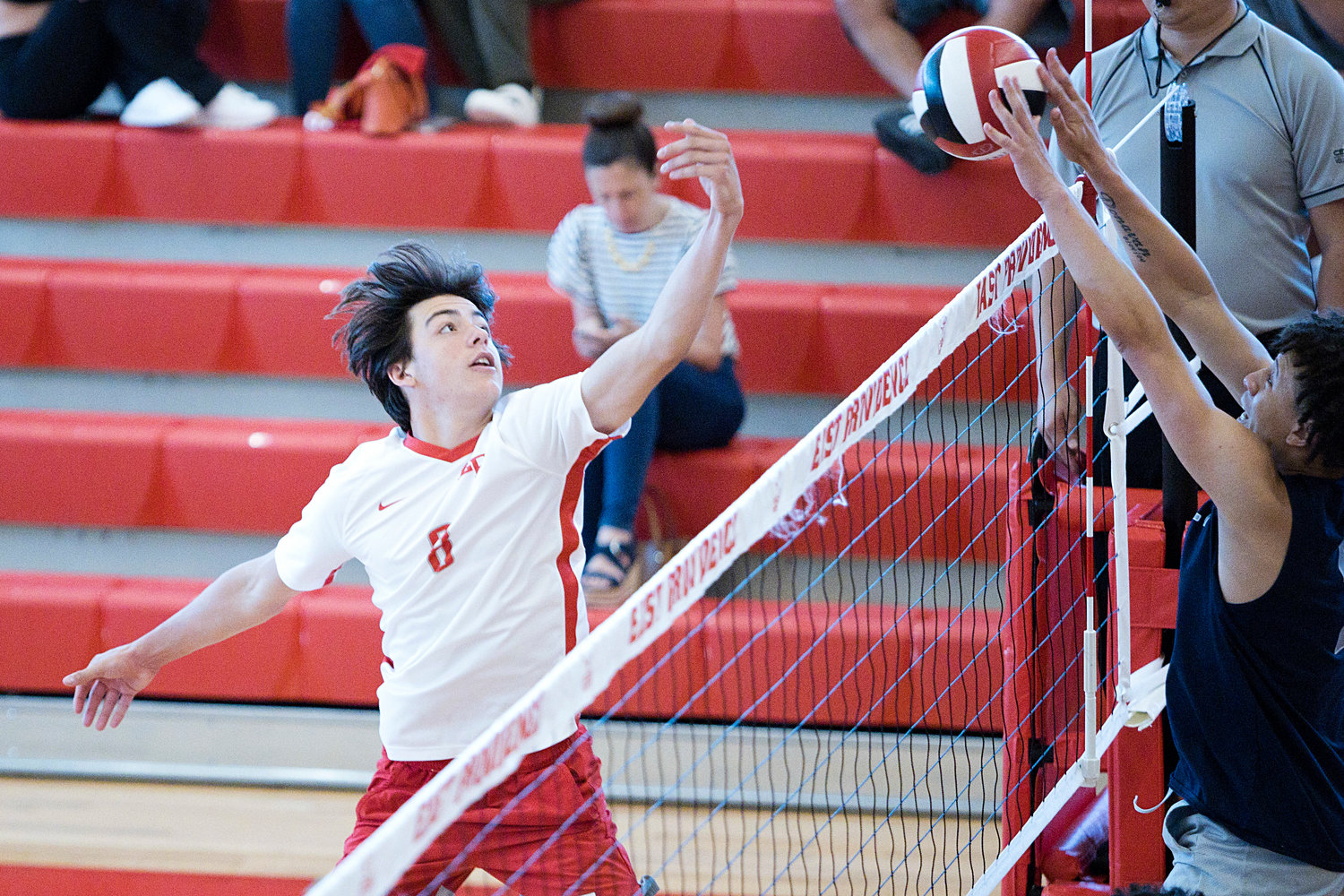 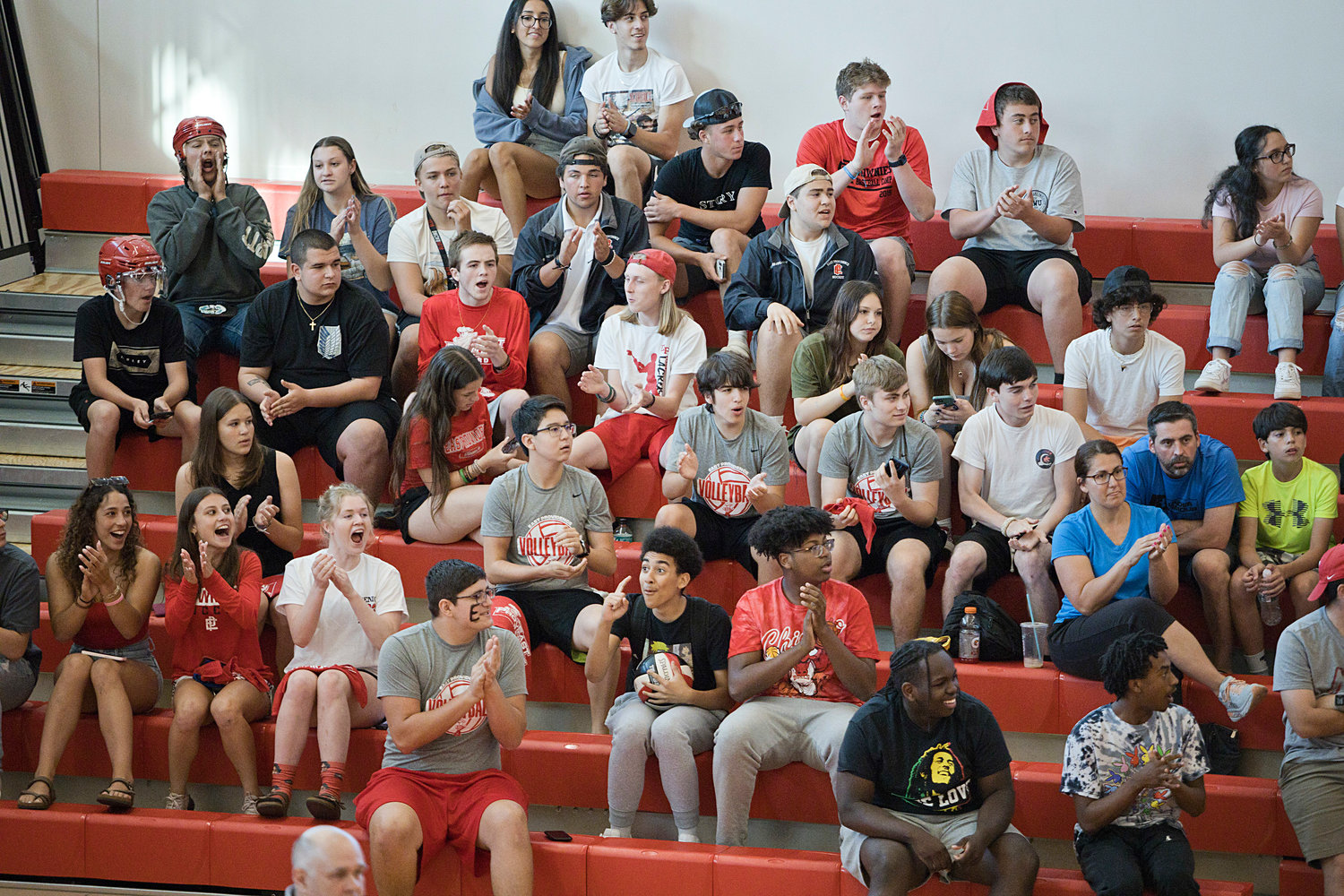 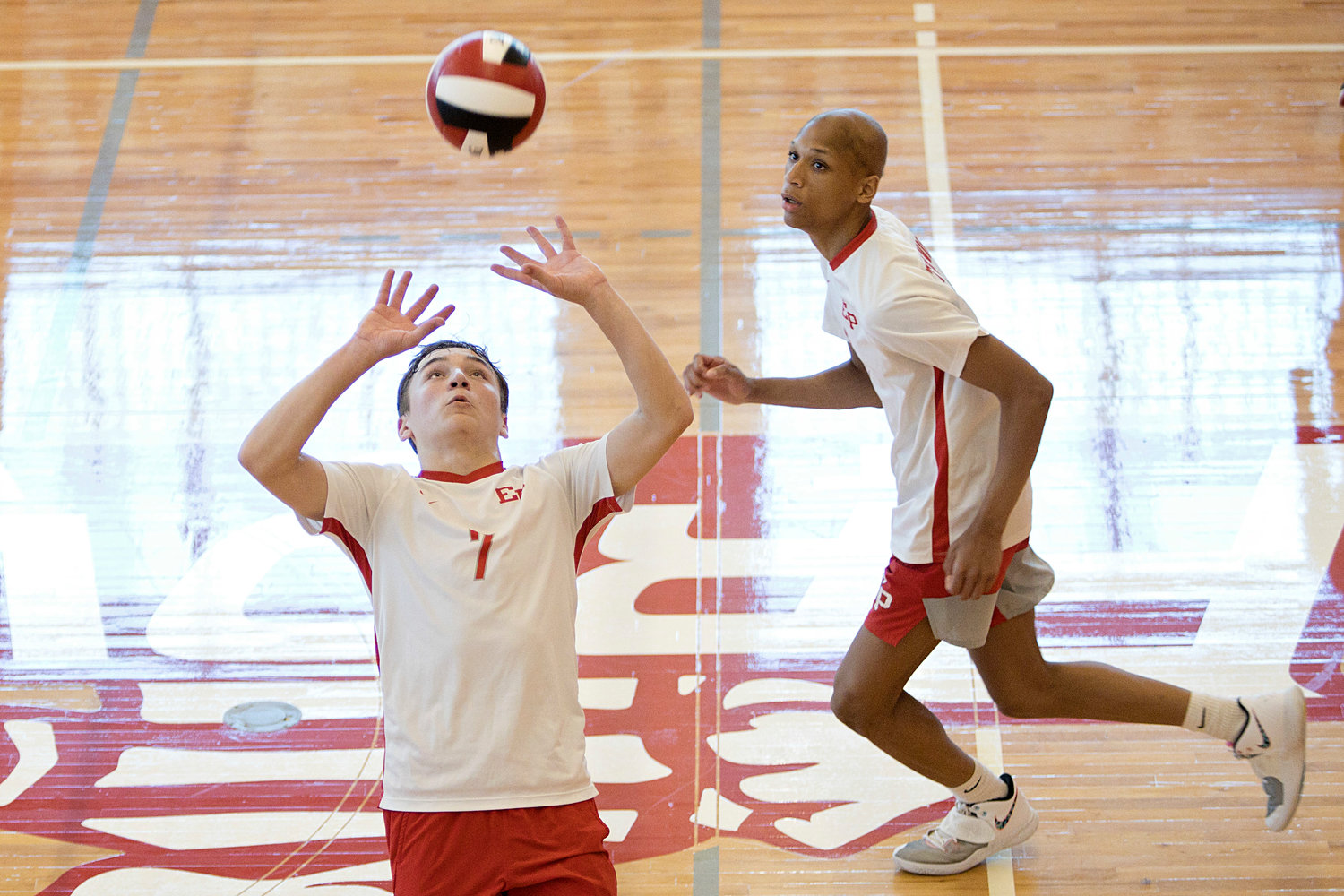 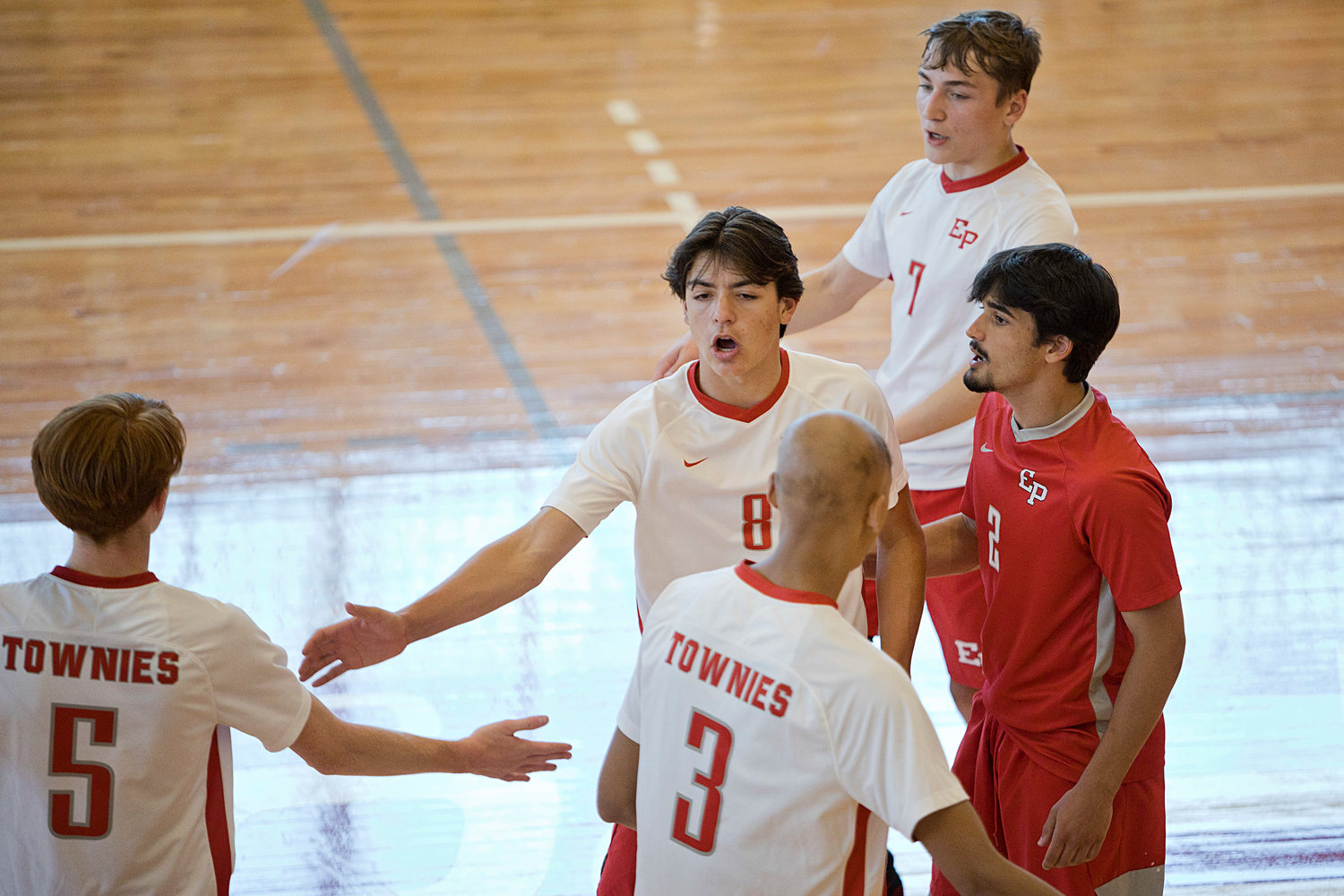 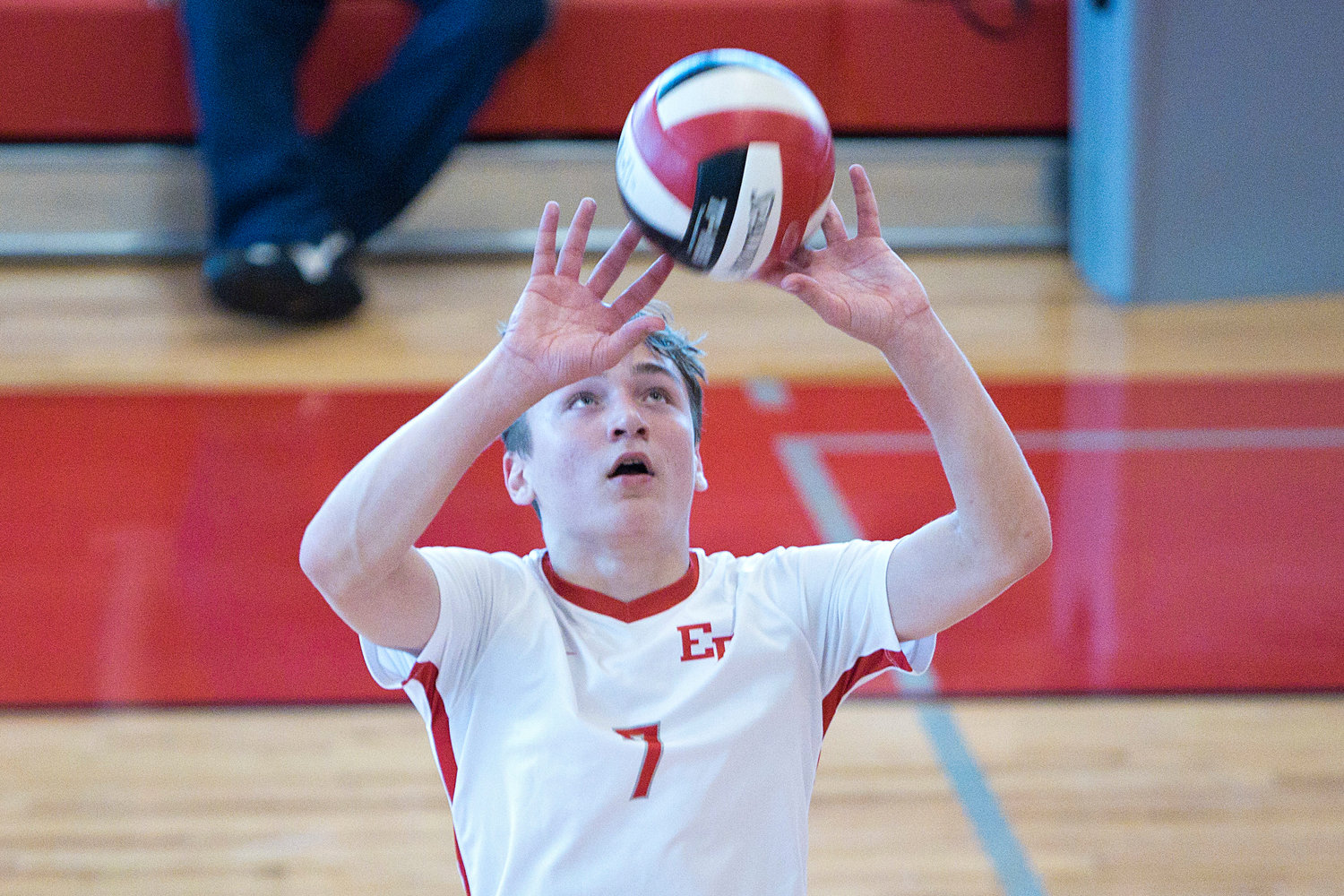 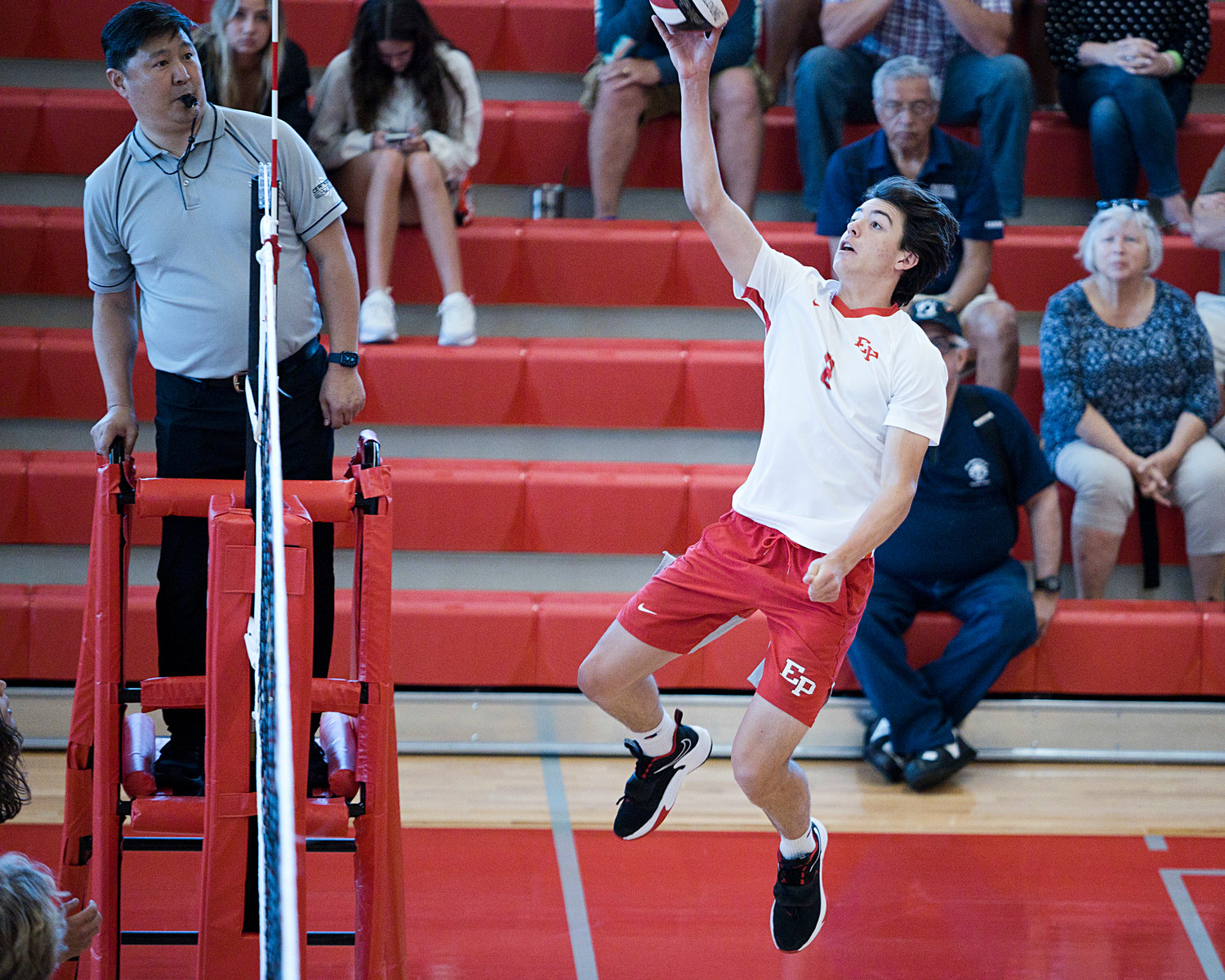 East Providence High School’s Brett Schwab leaps, sending a hard shot to the Westerly side of the net. 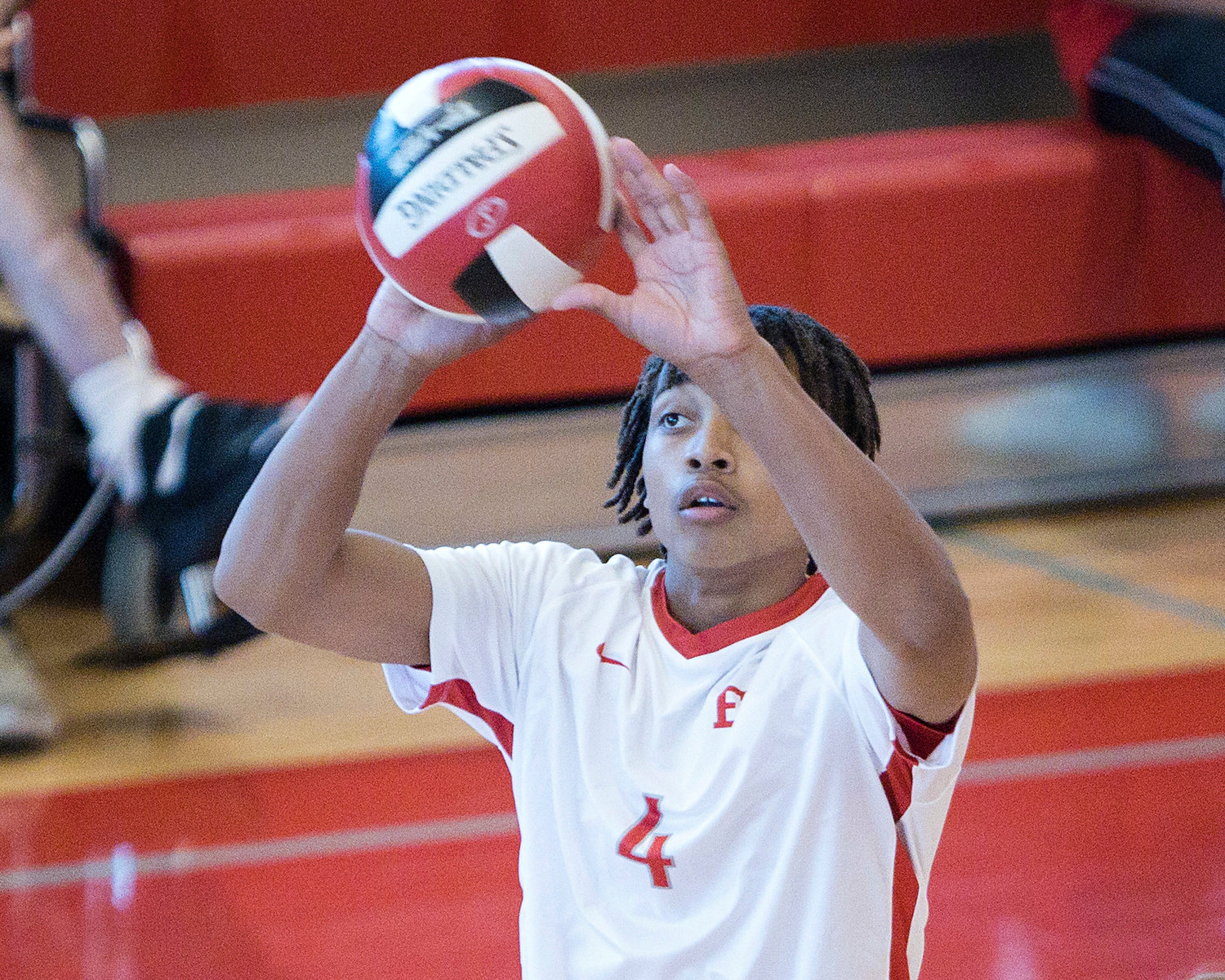 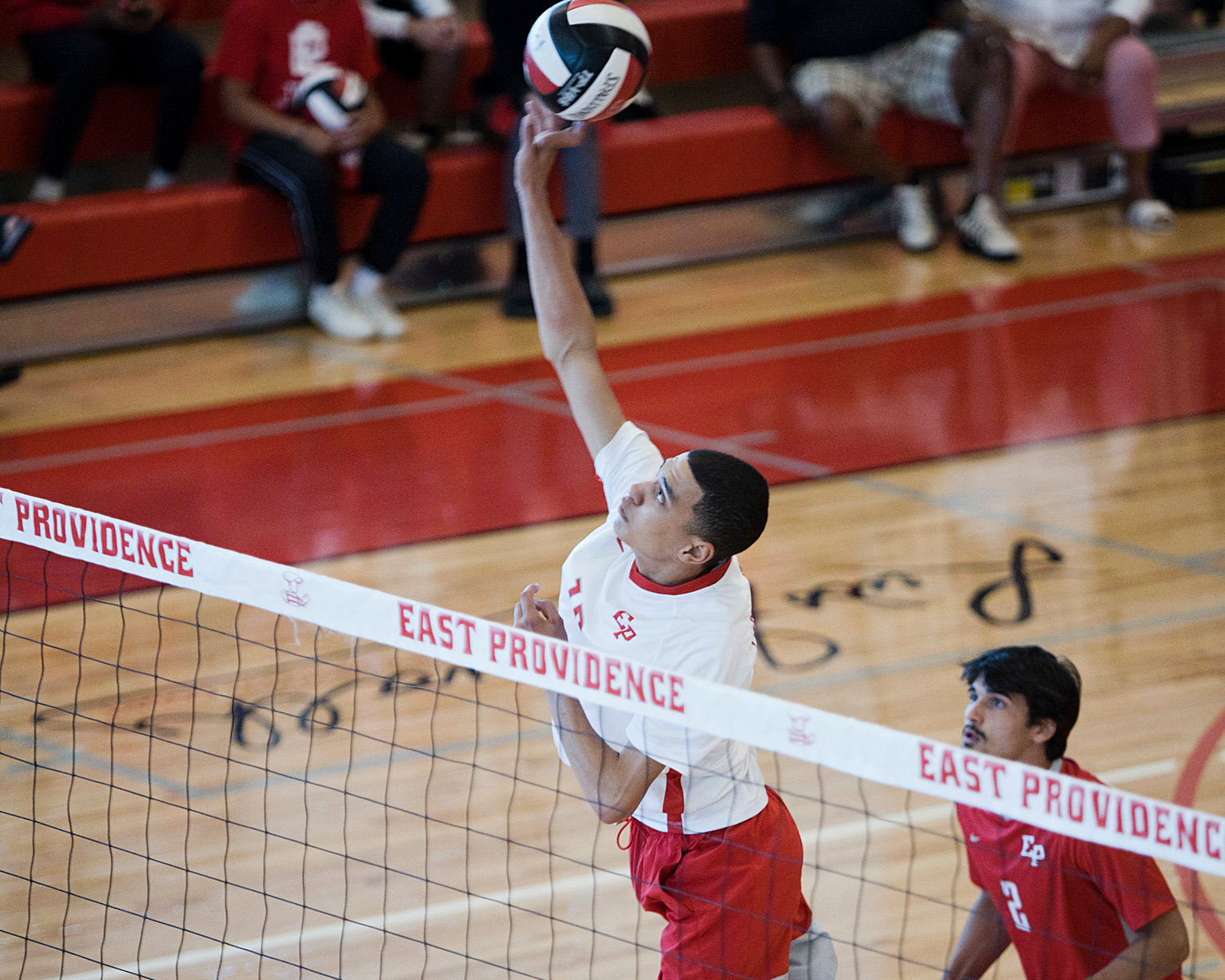 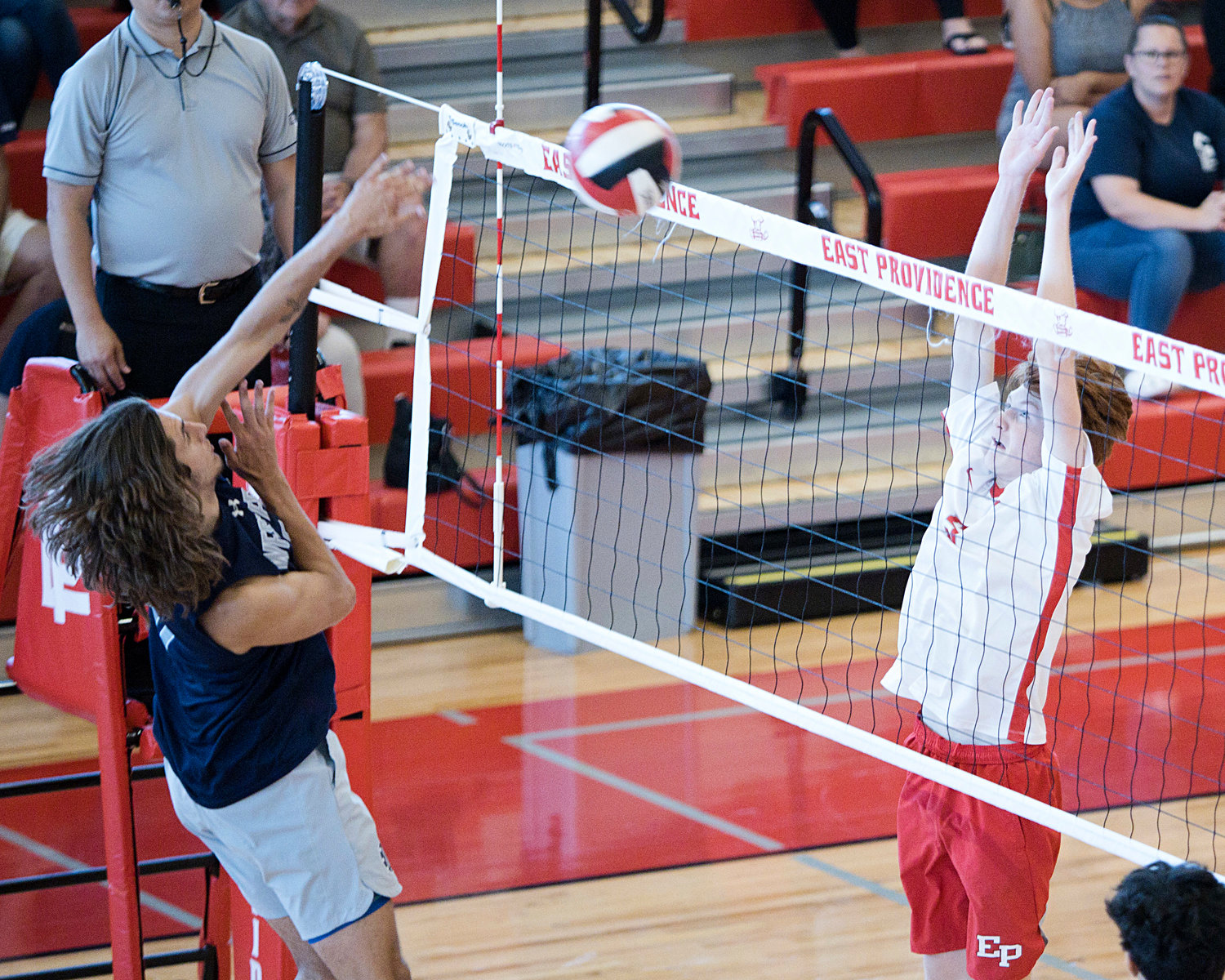 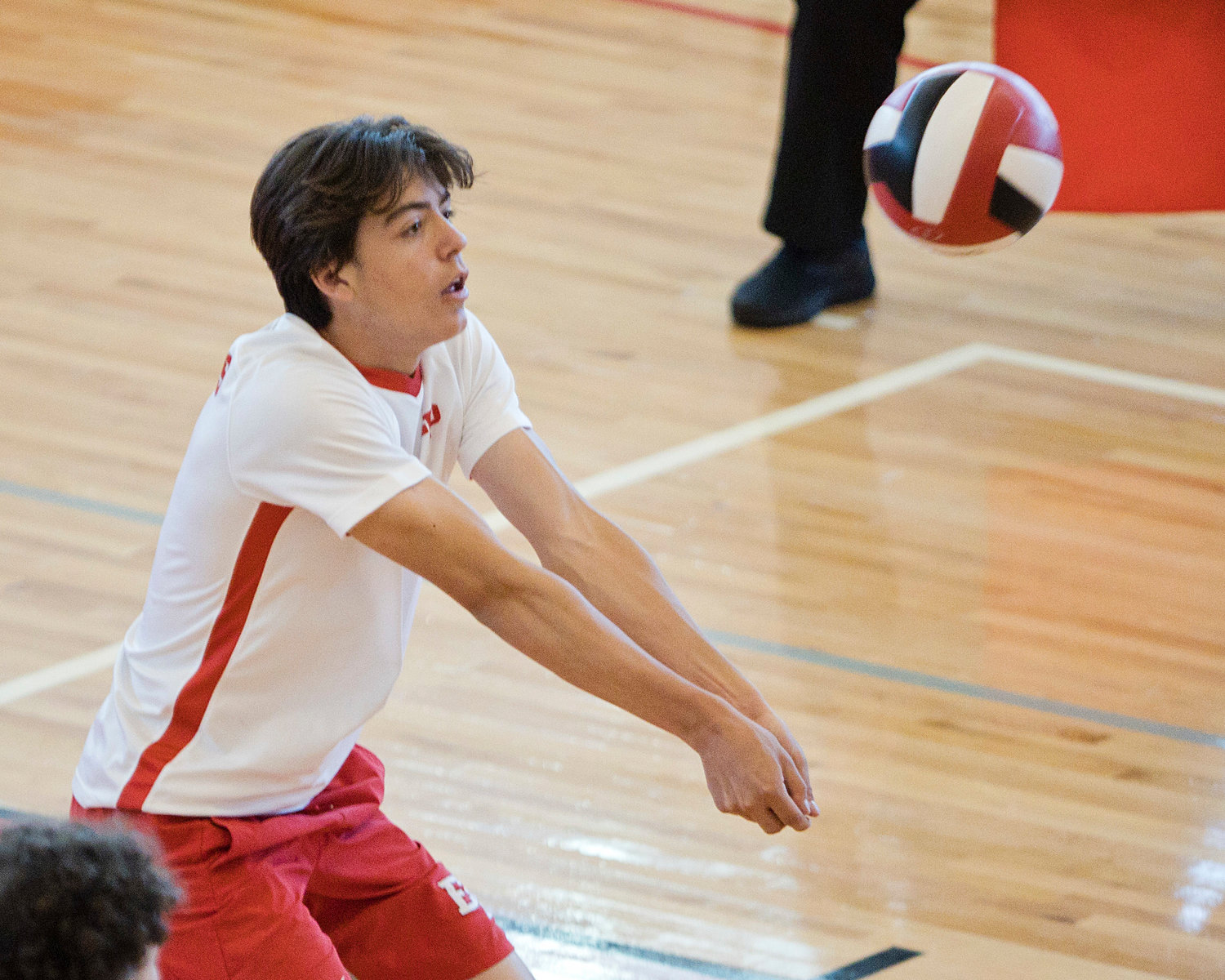 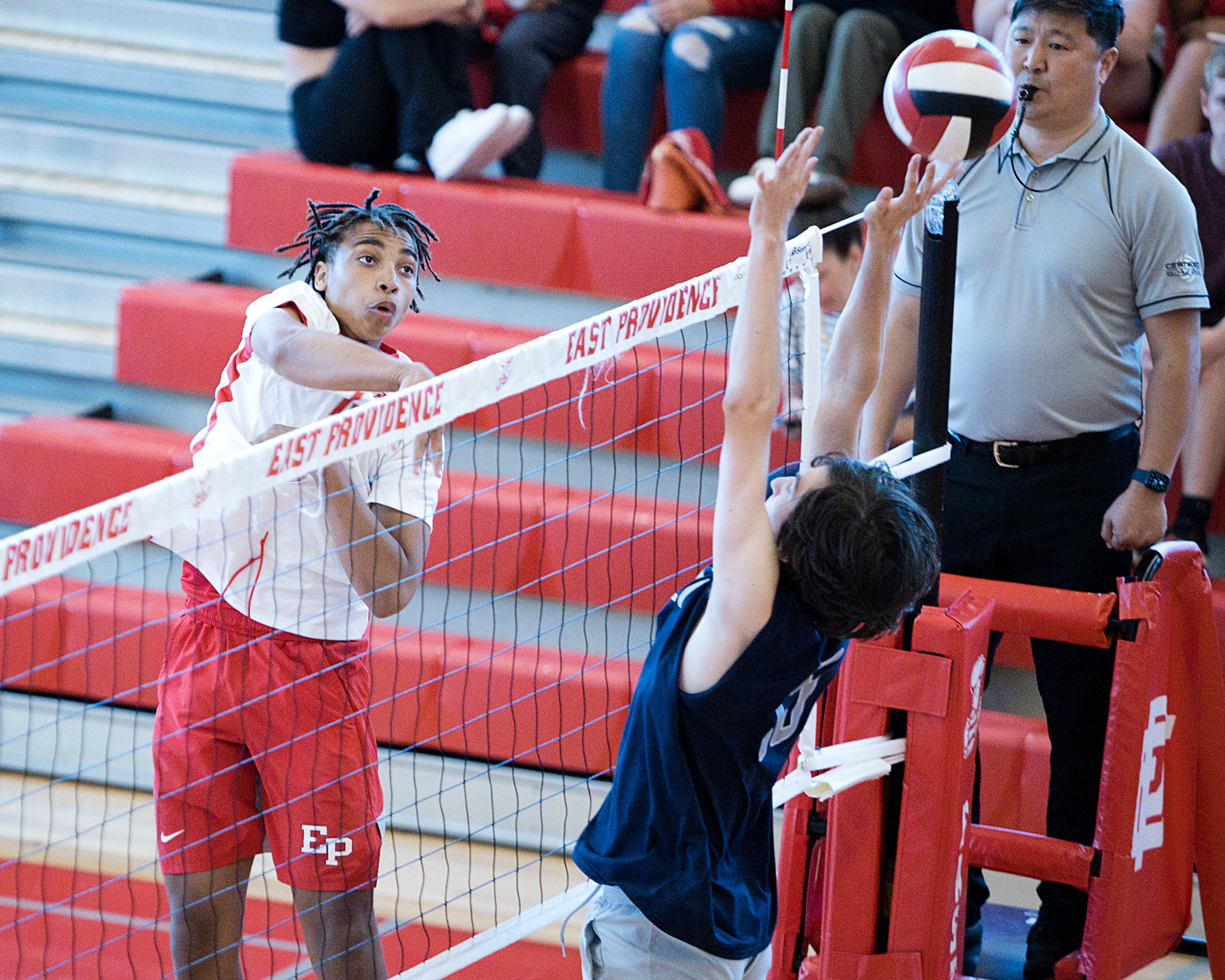 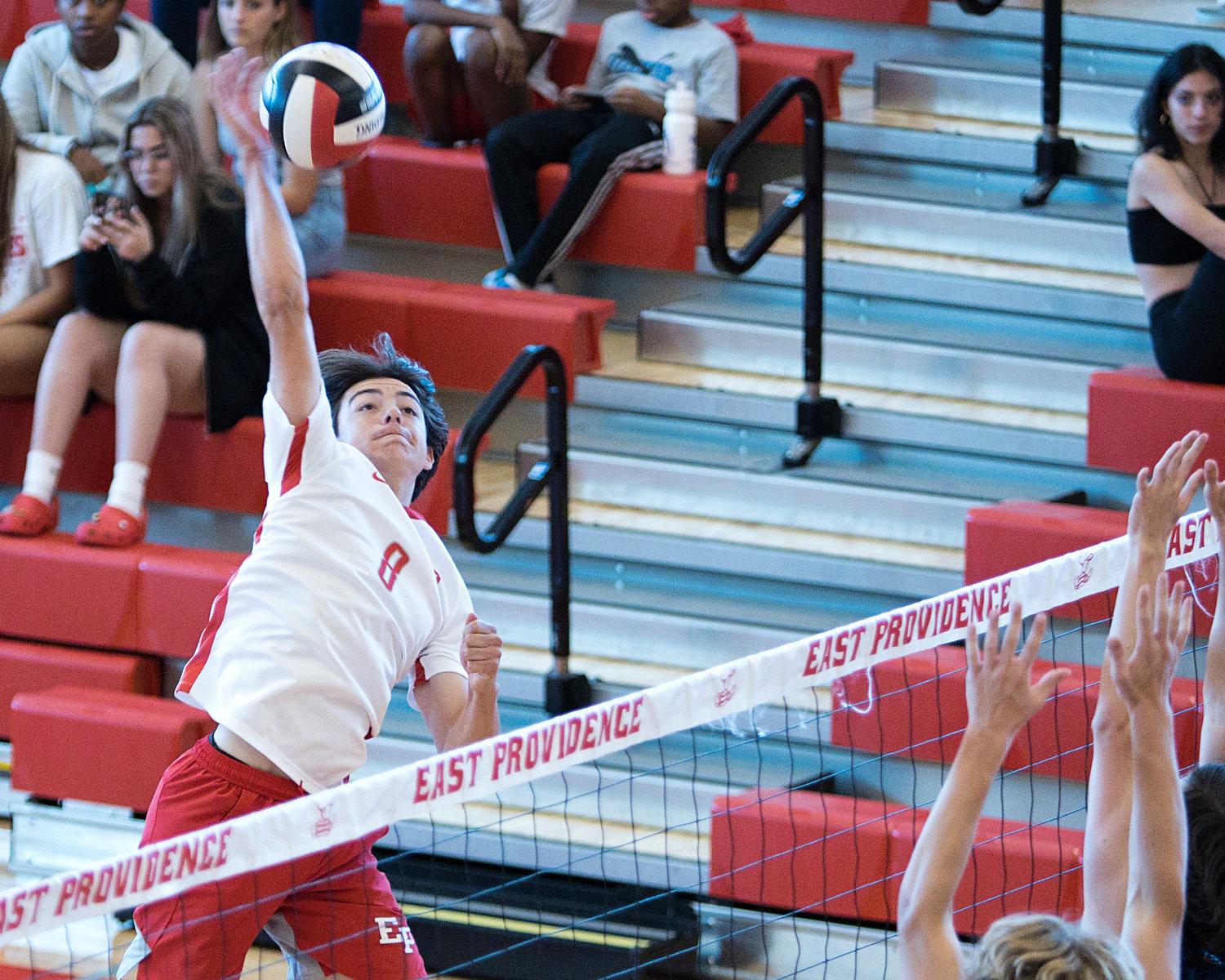 East Providence High School’s Brett Schwab sends a shot to the Westerly side of the net. 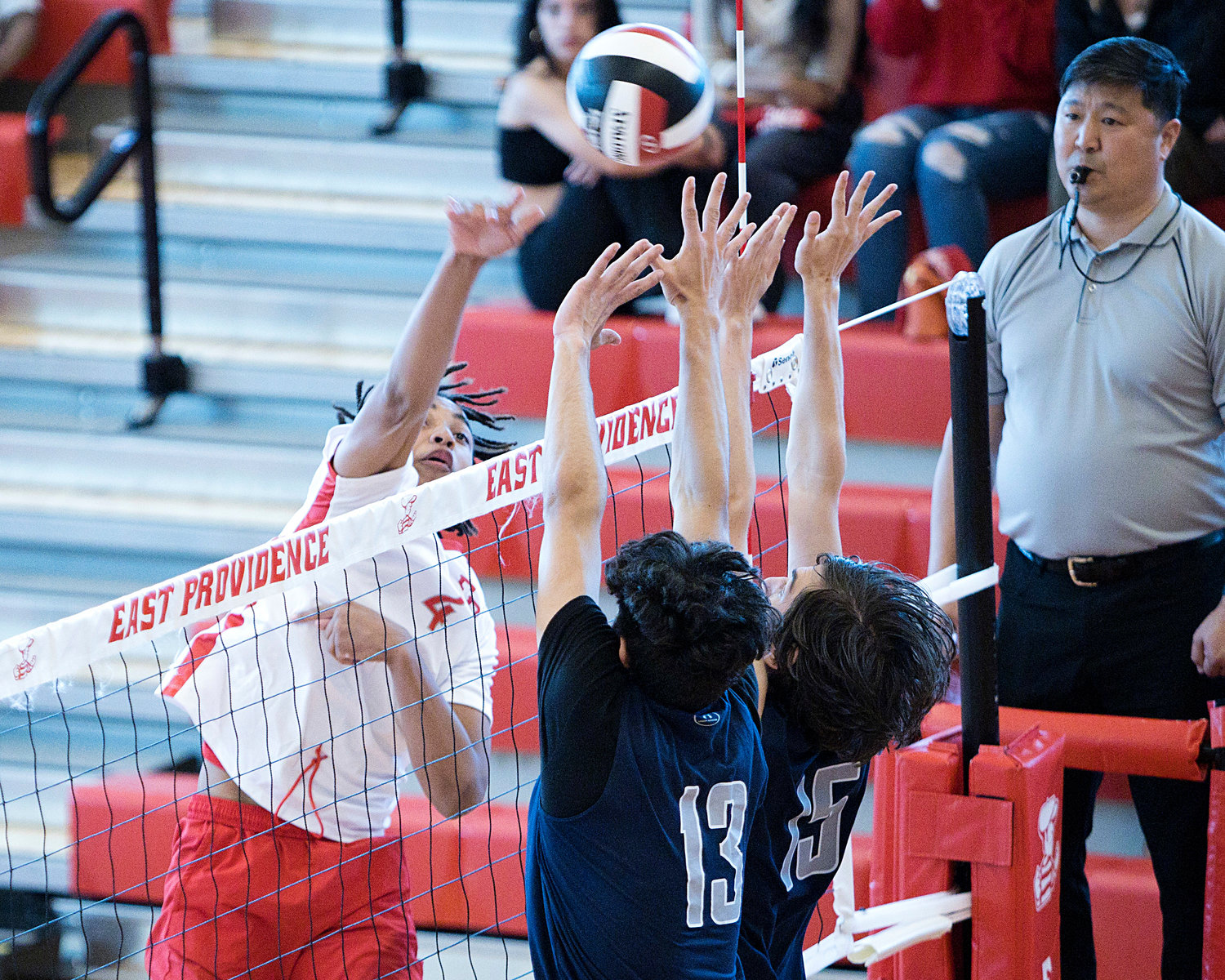 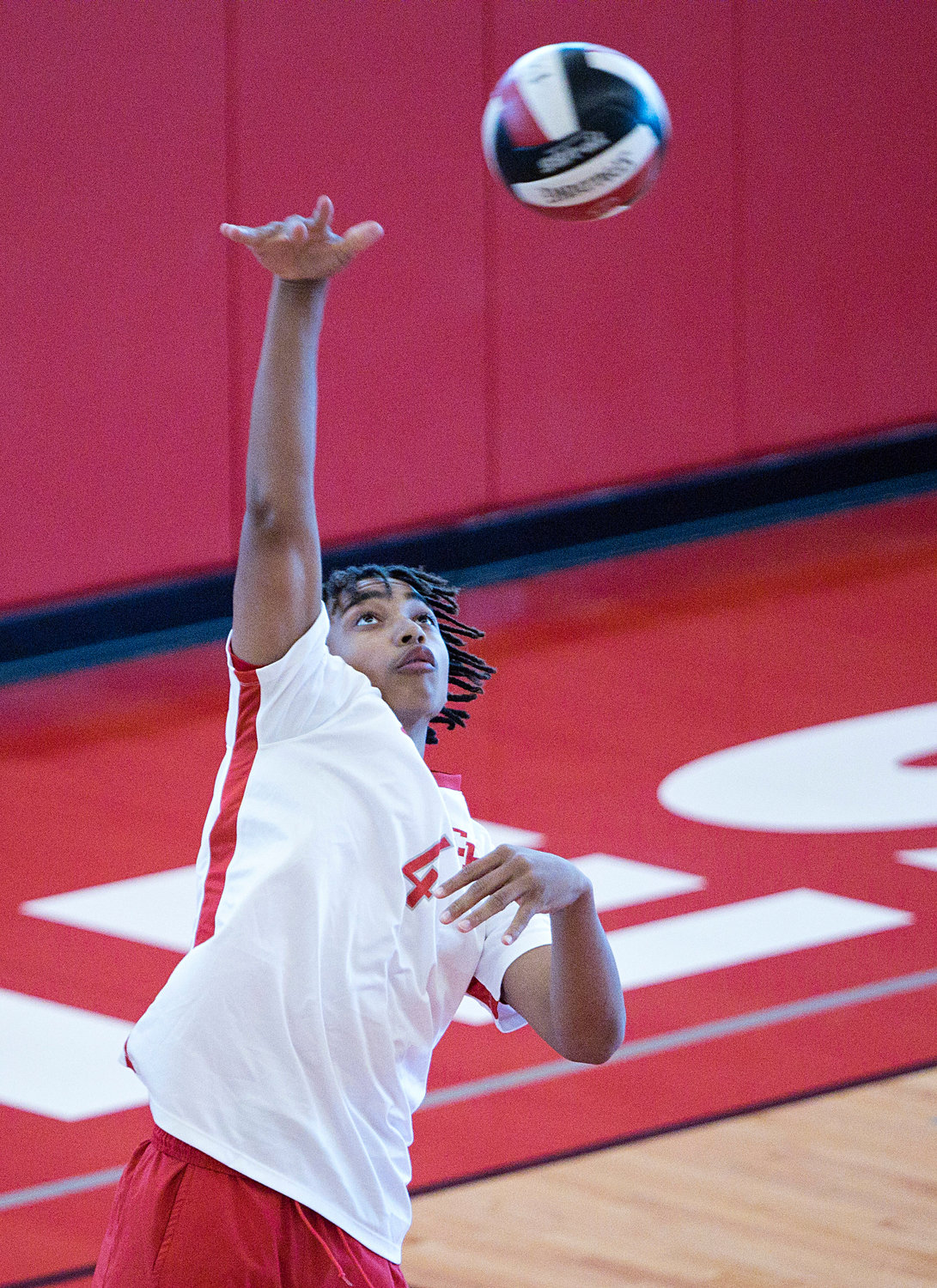 Xavier Hazard serves for the Townies. 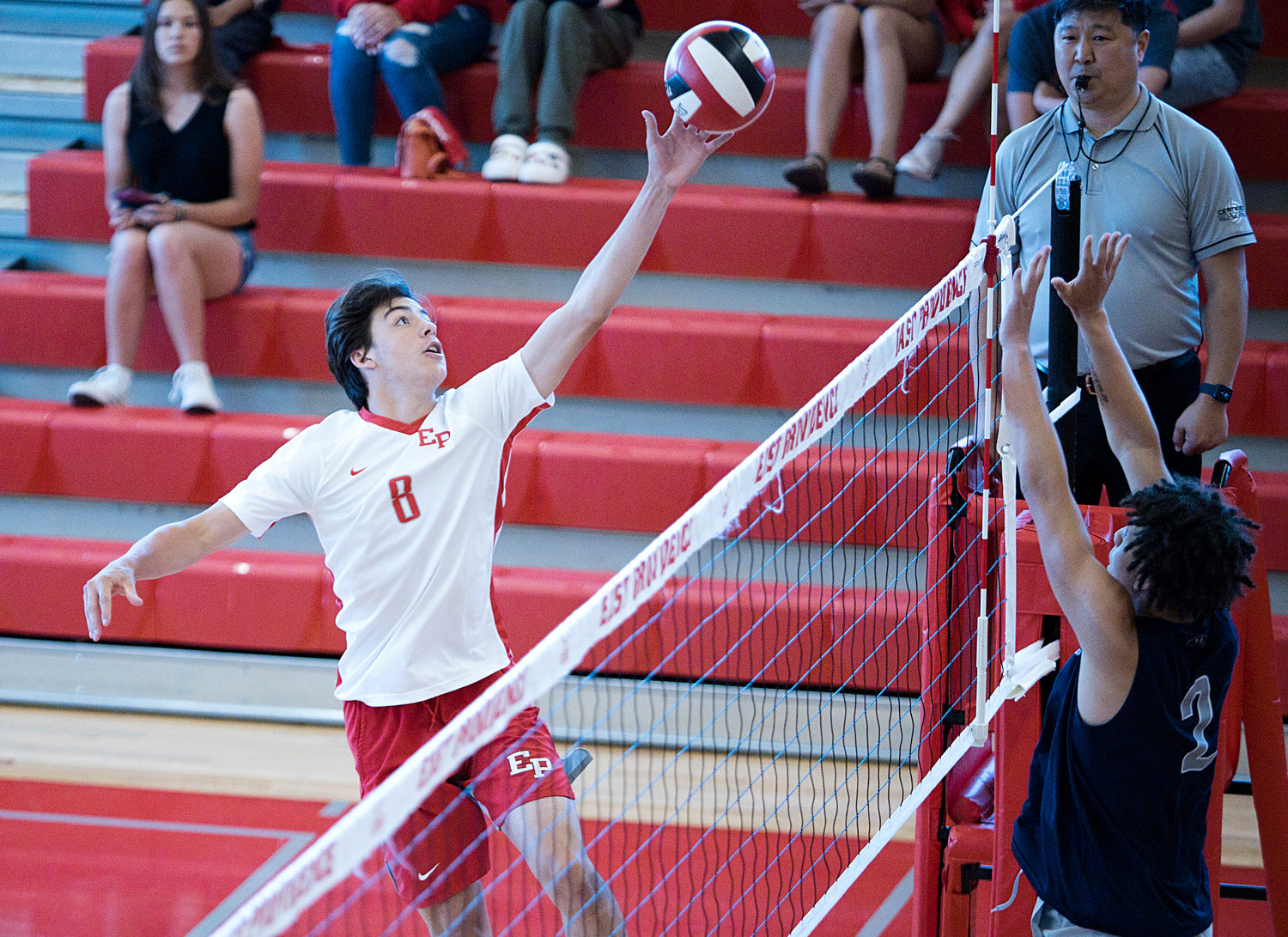 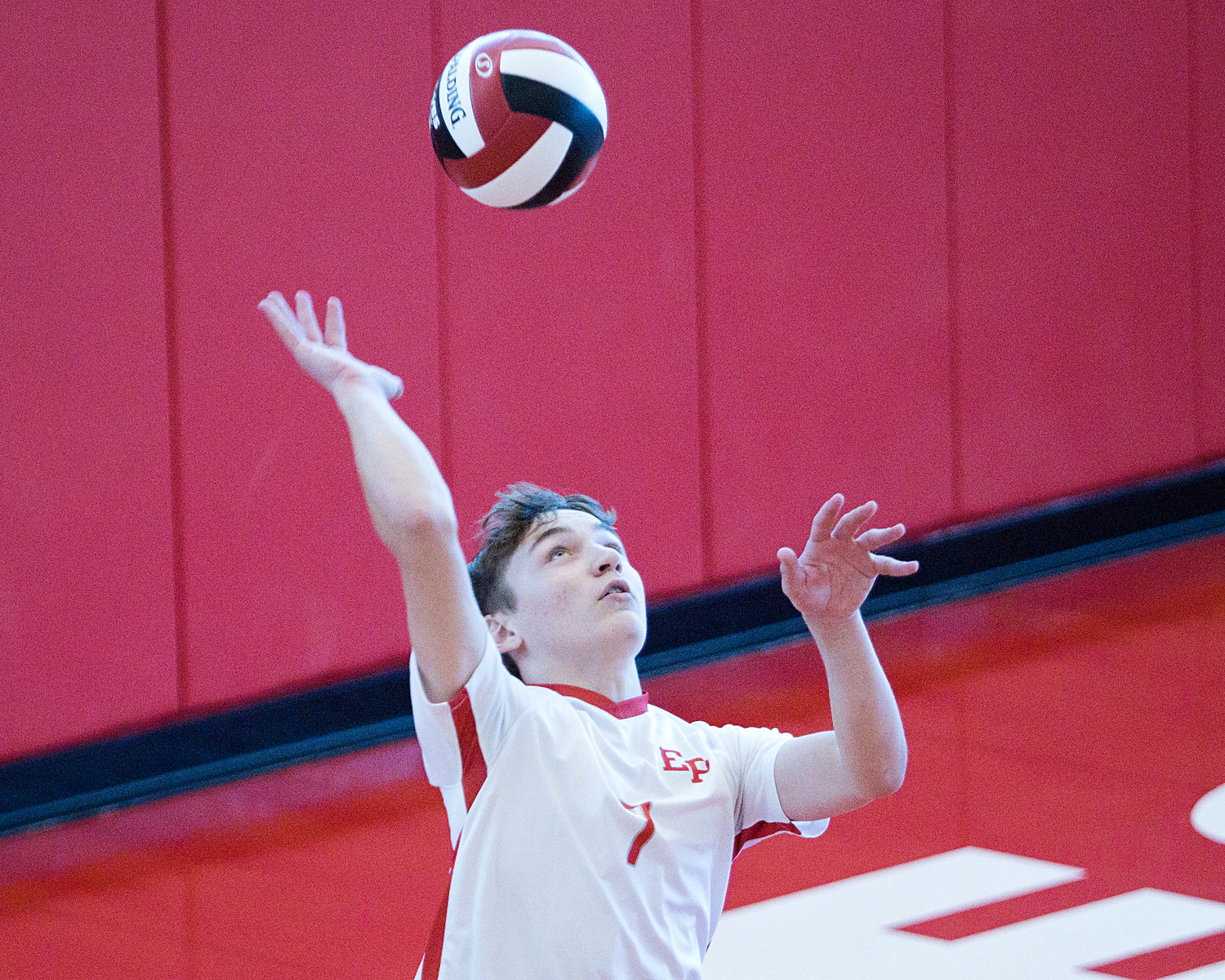 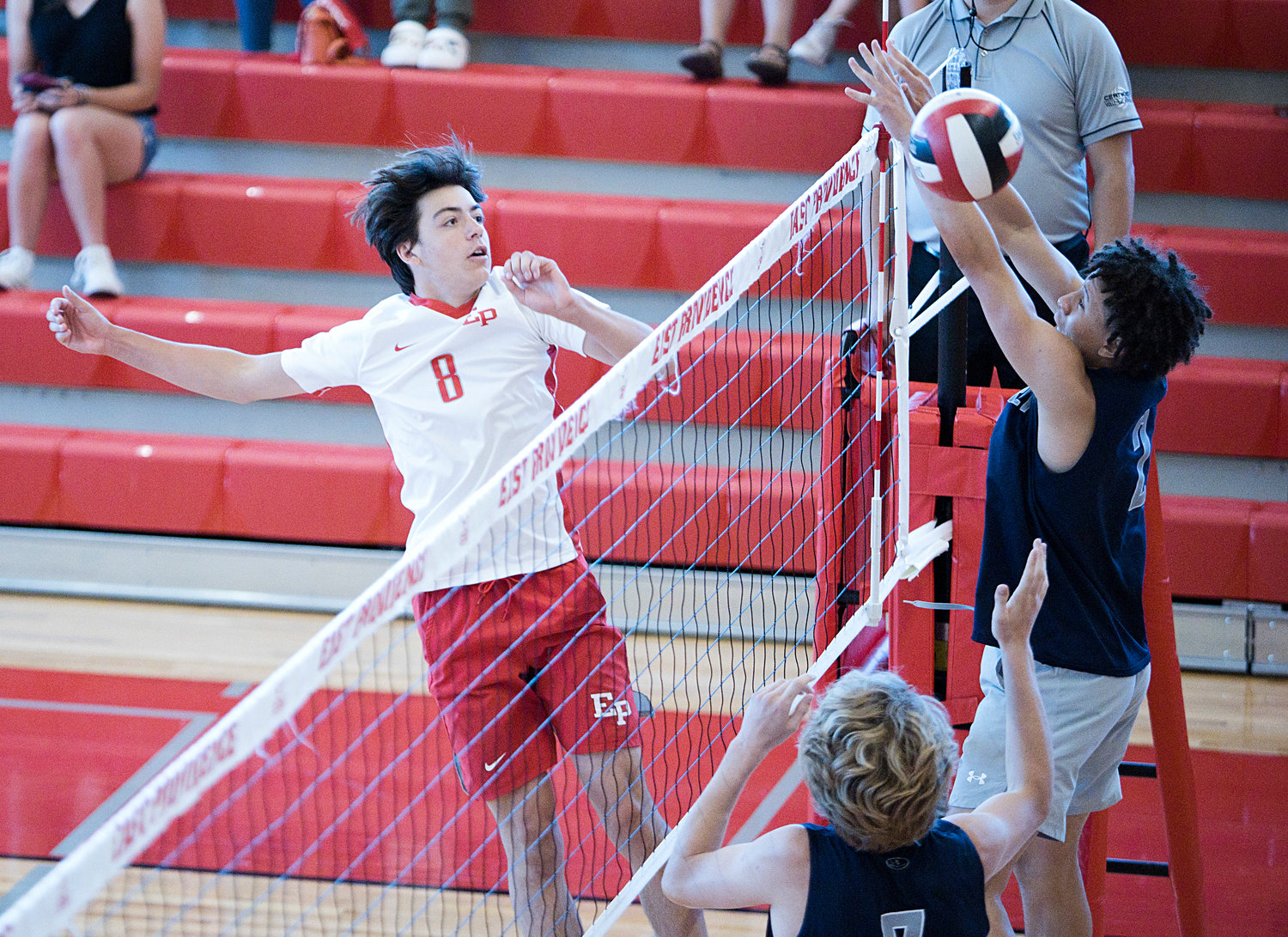 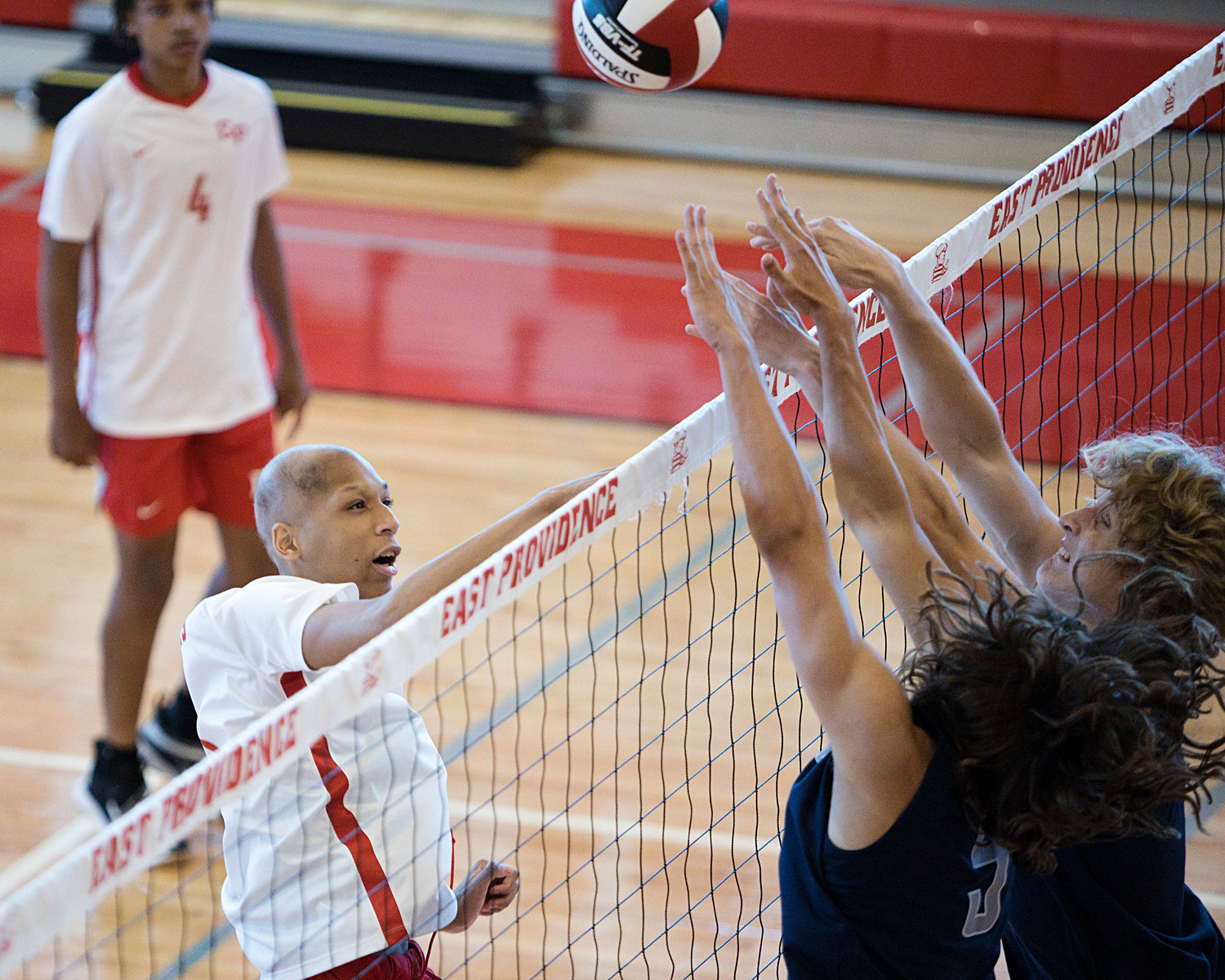 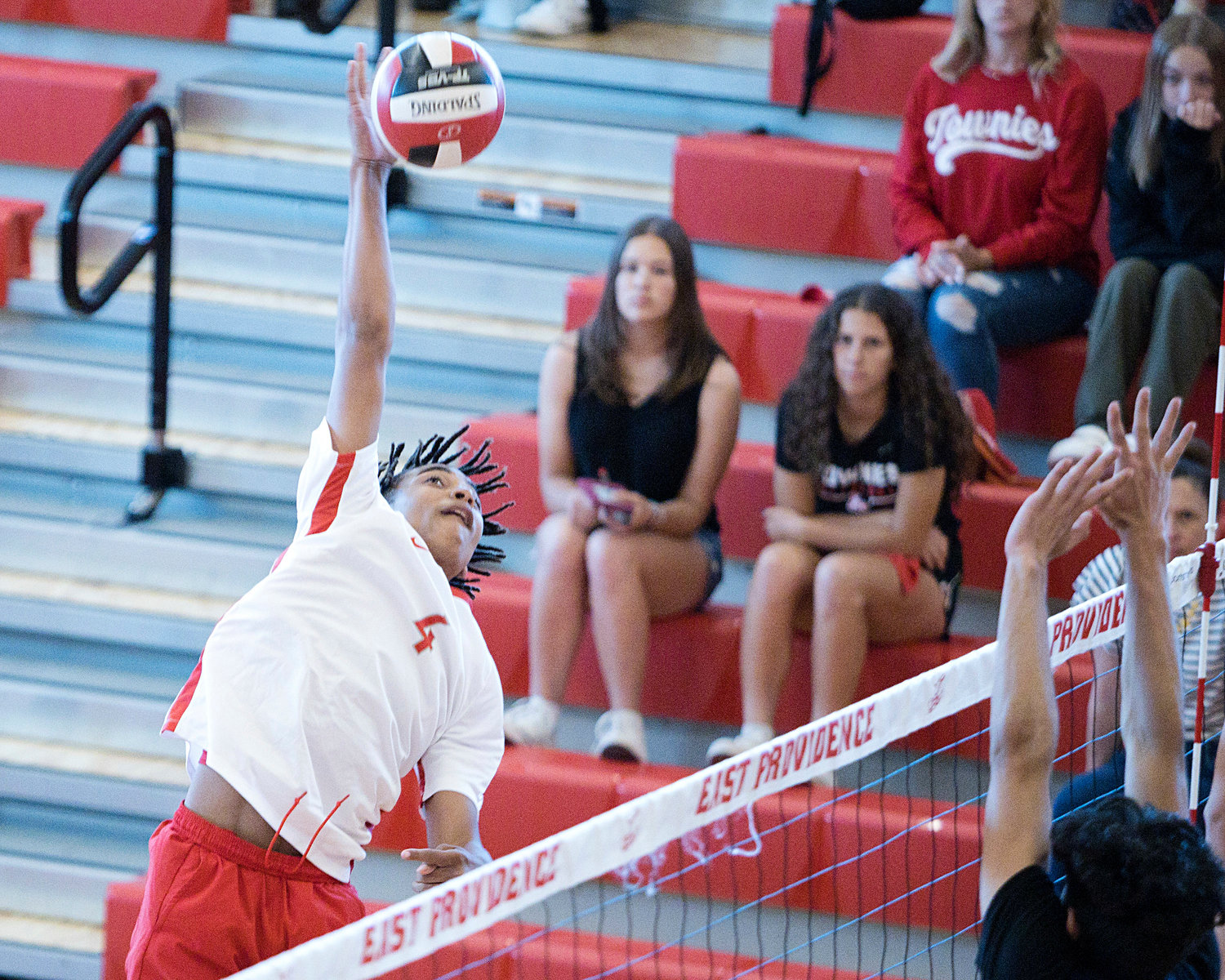 East Providence High School’s Xavier Hazard fires the ball over the net while competing against Westerly in the Division II boys' volleyball semifinals. 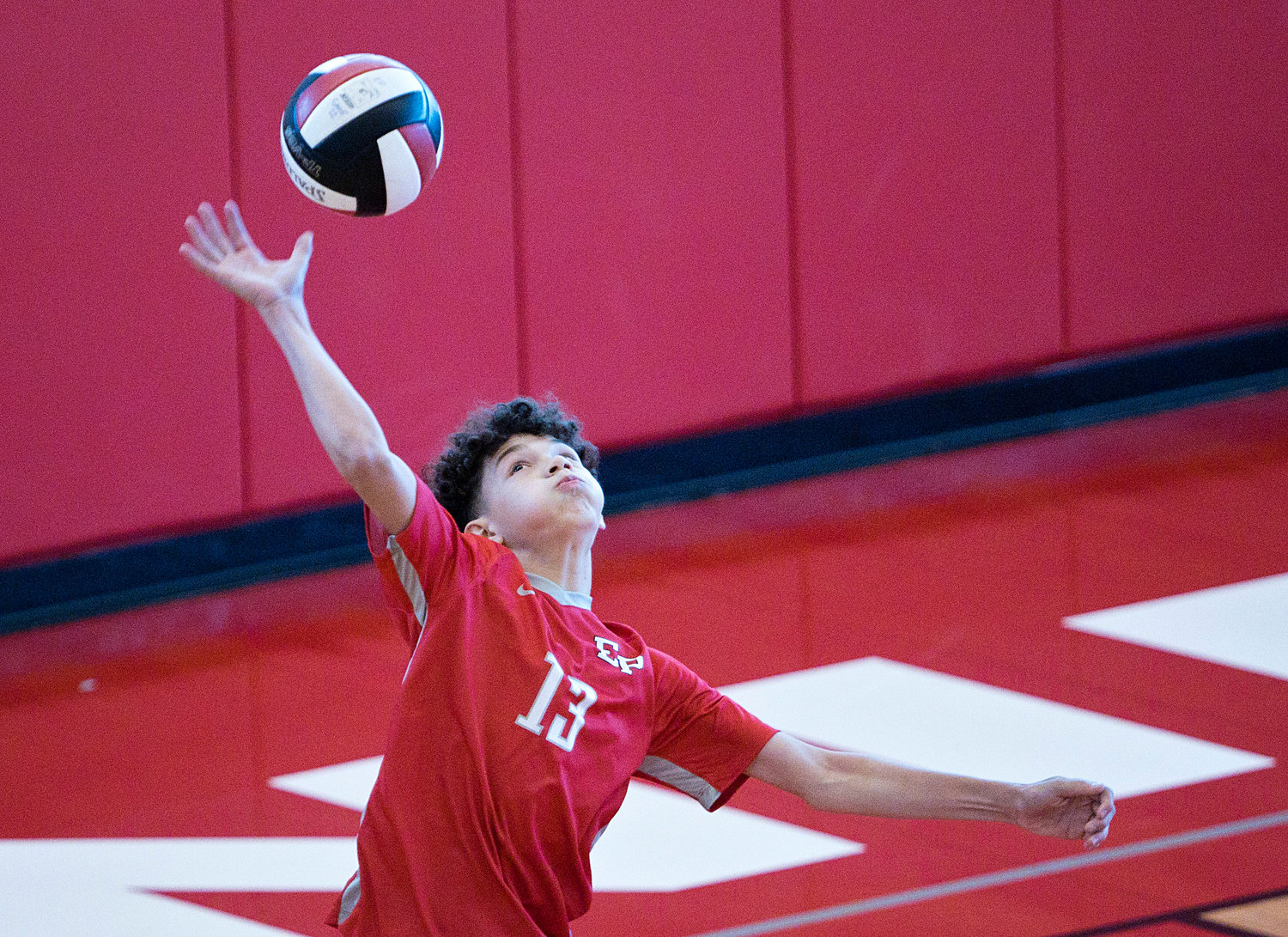 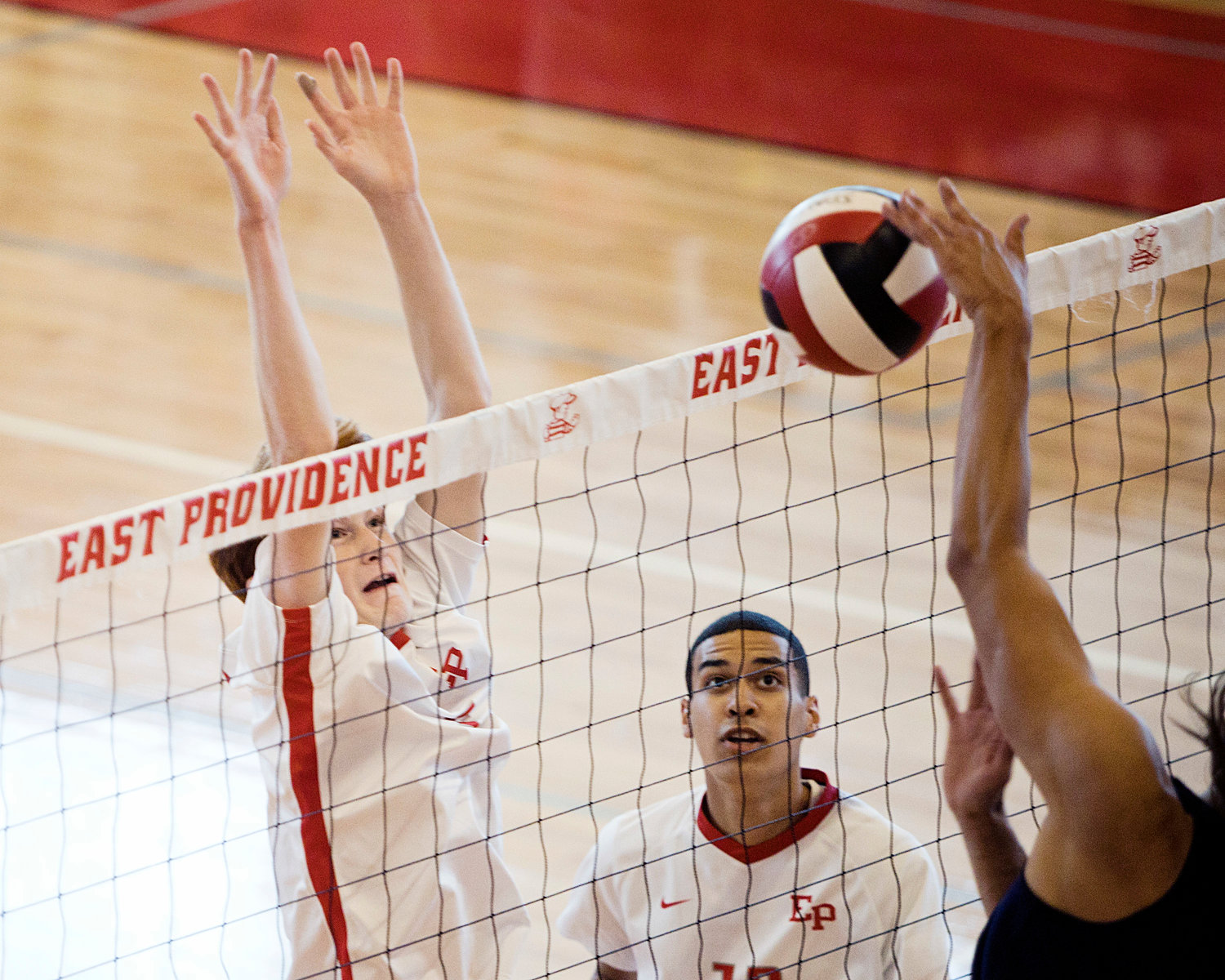 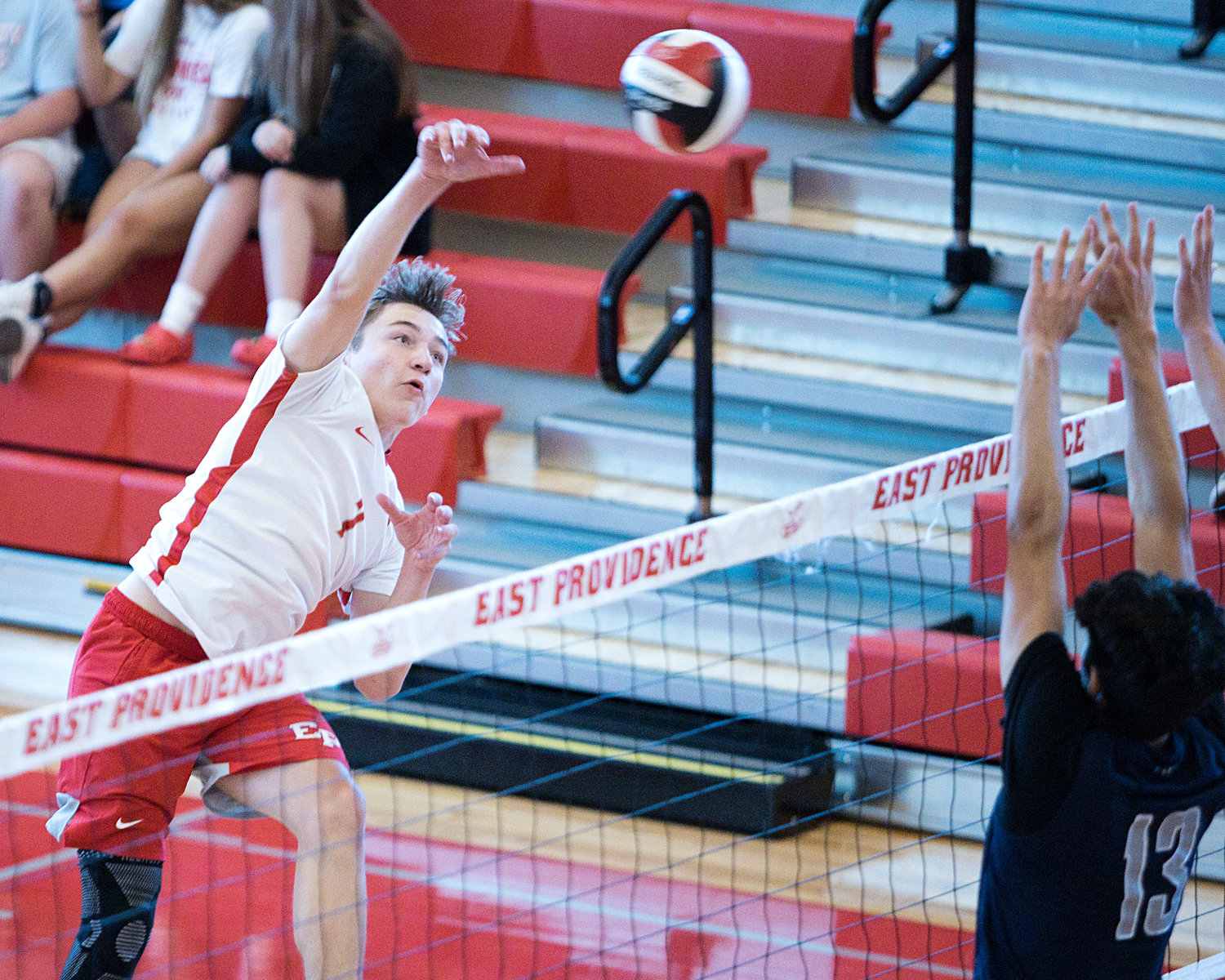 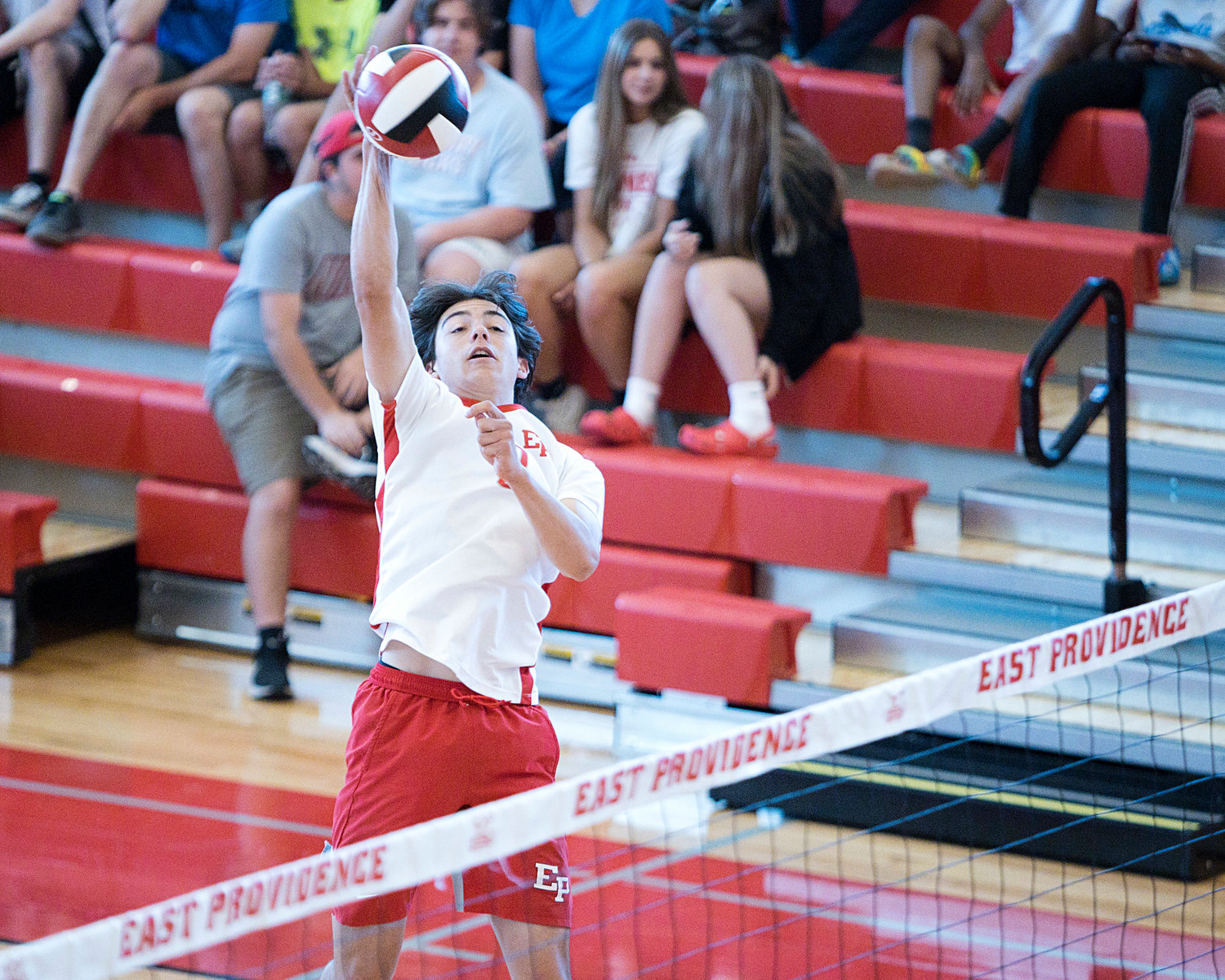 East Providence High School’s Brett Schwab spikes the ball to the Westerly side of the net. 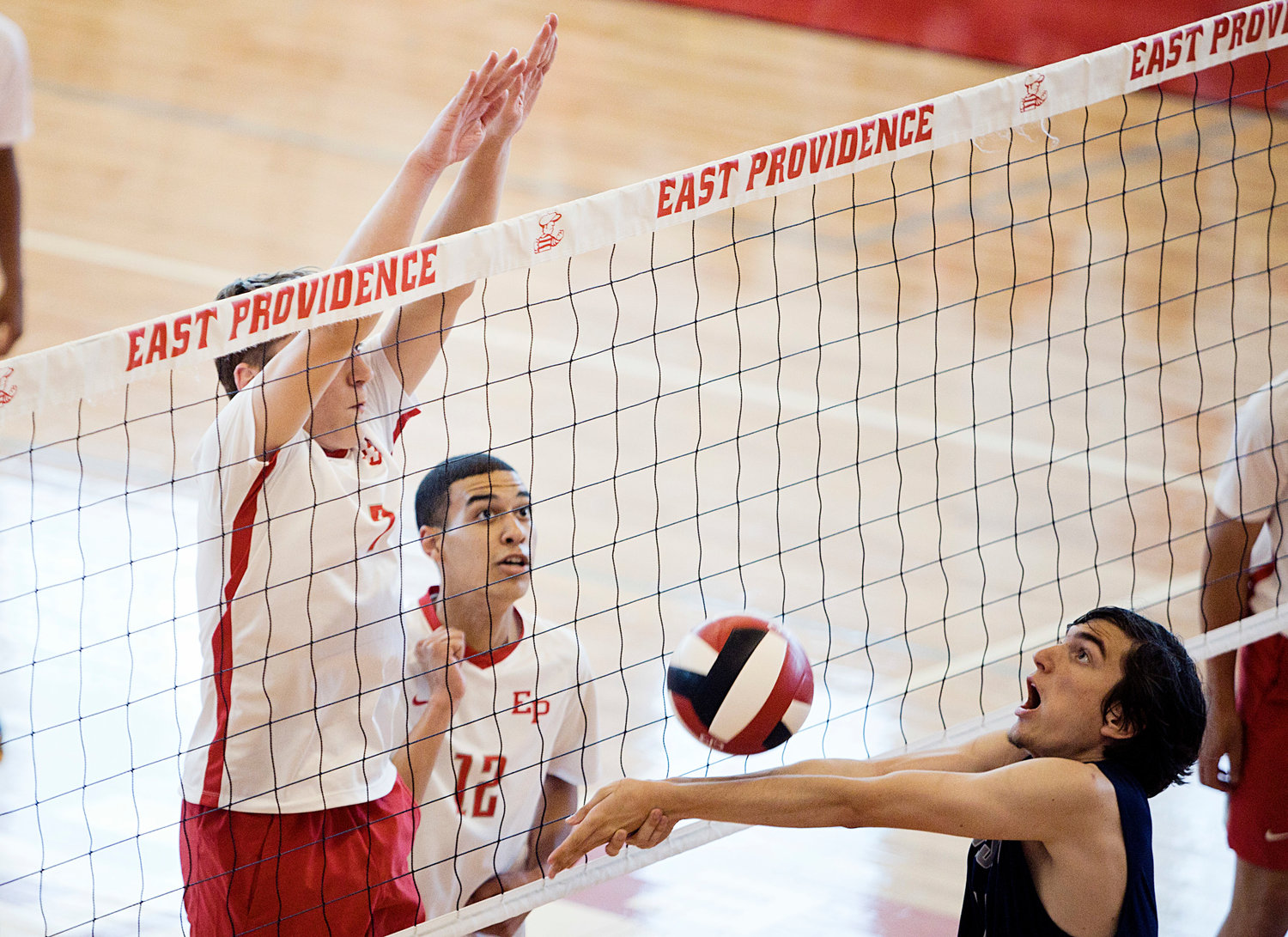 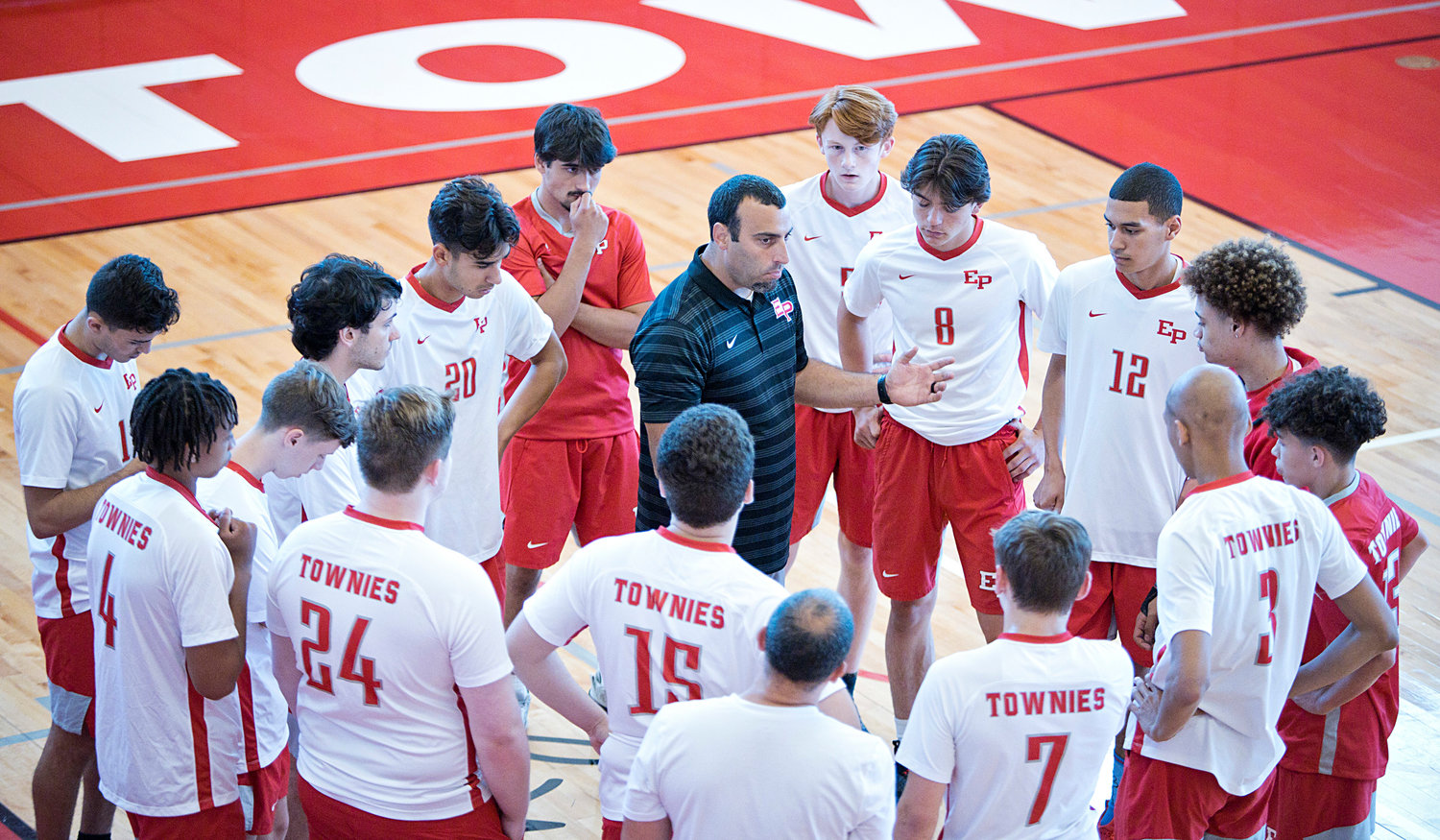 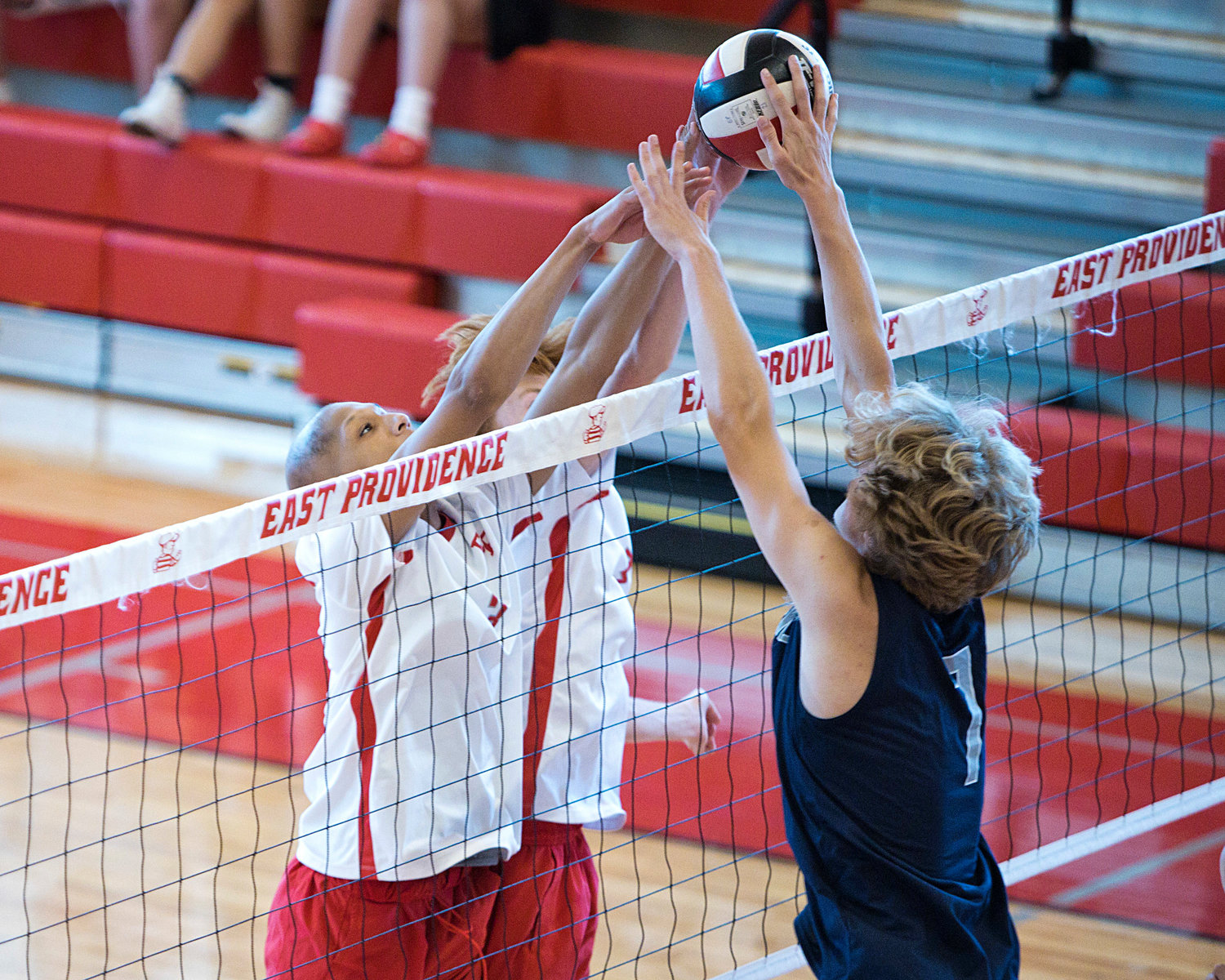 EAST PROVIDENCE — The 2022 season for the East Providence High School boys’ volleyball team somewhat surprisingly came to a quick conclusion Wednesday night, June 8, with a 3-0 loss to visiting Westerly in the semifinal round of the Division II championship playoffs.

That the second-seeded Townies lost to the third-seeded Bulldogs was a bit of a shocker, but the way in which they fell was definitely stunning. East Providence, which wound up with a 15-4 overall record in league matches, had not been swept all spring.

Westerly was in control of the match basically from the first point of the first game, playing an extremely clean contest and eventually finishing off the shutout by the scores of 25-21, 25-23 and 25-21.

The Bulldogs may have had a slight advantage, getting a chance to play and win a quarterfinal round match against Barrington two nights earlier. The Townies had been off since finishing their regular season with a win over West Warwick on May 27.

Only six of the 10 teams in the league met the minimum  win percentage of 40 needed to qualify for the D-II playoffs. The top two seeds received byes directly into the semis.

Wednesday’s win was the third sweep in a row for the Bulldogs, including a 3-0 win over sixth-seeded Barrington in the quarterfinals on June 6. Westerly has won 15 of its last 17 sets since a 3-2 loss to the Mount St. Charles/North Smithfield co-op on May 19.

“I think playing the other night helped, but we also had a full week off as well, which I’m not a fan of,” Westerly head coach Erinn Beal said of Westerly’s quarterfinal outing prior to the semis. “But, really, I just think these kids have hit their stride and that’s it. They’re mentally tough.”

The Bulldogs also avenged two losses to East Providence during the regular season, 3-0 in city back on April 15 and 3-2 in Westerly on May 12.

“Our first match we only had two varsity players. Some were on (April) vacation and some were sick. Our next match we were up 2-0 and, we’ve been in that situation, that third game kind of gets us,” Beal said of the Bulldogs’ two matches with the Townies, then adding about their last outing in the quarters, “And against Barrington were down 19-9 and we came back and won 25-22. In the third game we were just making error after error, and then we just clicked.”

Westerly improved to 15-5 for the spring and advanced to the league championship match Saturday afternoon, June 11, in Rhode Island College’s Walsh Gymnasium. The Bulldogs were set to face the winner of the other semi between unbeaten and top-seeded Mount St. Charles/North Smithfield co-op (18-0) and fourth-seeded Pilgrim (13-6) to be played on Thursday, June 9.

“I think tonight they just passed much better,” EPHS head coach Dan Cabral said of the difference between the Bulldogs’ performance against his Townies in the playoffs and the regular season.

He continued, “They didn’t have as many errors in the passing game and they picked up a lot of stuff defensively. They were good.”

The Townies were down for most of the first game. Westerly reached the winning point on a Jesse None block, but East Providence staved off defeat for a moment off a Grant Wosencroft kill then a Westerly passing error. But None’s two-handed, combo block/kill on the next point gave the Bulldogs the 25-21 victory. The senior led the visitors with 13 stuffs and added five kills.

Asked if the near two-week layoff affected his team's effort, Cabral said, ““I think a little bit in Game 1, but in Games 2 and 3 Westerly just outplayed us. They were just better than us tonight. It’s hard to beat a team three times and that’s a great coaching staff over there, a great team, a lot of talent, a lot of athleticism. So hat’s off to them.”

Game 2 was tight early before Westerly began to pull away. One of the highlights for the Townies prior to the Bulldogs’ spurt was a loud kill by Brett Schwab (10 kills, 10 digs) that made it 7-6 Westerly.

From there, though, the Bulldogs’ middle hitter Jackson Ogle began to take over the match. The senior (11 kills, seven blocks) had back-to-back kills to set his side off on a 5-0 run.

Westerly eventually reached game point on a Dante Wilk (seven kills) spike to make it 24-19, but the Townies answered with a Xavier Hazard spike and watched as the Bulldogs made a couple of errors to trim their deficit to 24-23. Again, however, Westerly stepped up when None came up with a block to end the stanza.

East Providence broke out early in the third game, leading by two a couple of times before Westerly leveled at six apiece. The teams next stayed within a point through 13-all.

Then, a couple of Townie hitting errors put the Bulldogs in front and they never gave up the lead the rest of the way. The closest E.P. got was 17-15 down after a D.J. Lepine kill.

Three times late the Townies got to within three points, though no closer. Twice Hazard (eight kills) ripped kills off blocks and the last, 24-21, was on a Westerly hitting error. But an E.P. passing error ended the game, the match and the season.

“I’m extremely proud of the kids,” Cabral concluded. “Like I’ve said all year, they worked hard. There was huge improvement from going 4-7 last year to 15-3 this year. That’s a big improvement. It’s a testament to how much time and effort the kids put in, listening to the coaching. And I know it’s not easy. It’s a long season, but the kids worked really hard.”