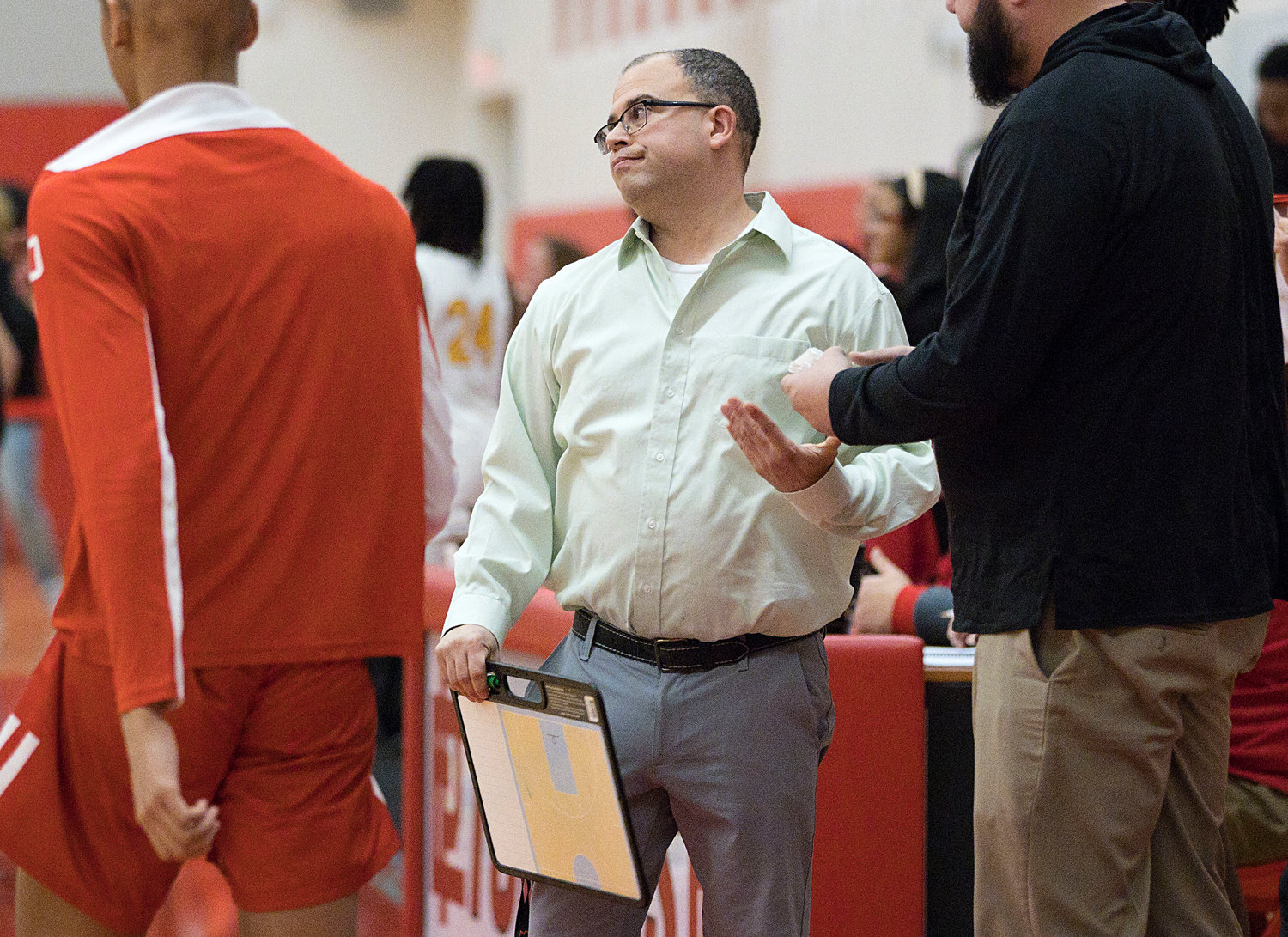 EAST PROVIDENCE — The East Providence High School boys’ basketball team got the result it needed to stay on track towards a Division I playoff berth and also provided its coach with a momentous win in the process.

Wednesday night, Jan. 11, on the road, the Townies throttled Portsmouth, handing the host Patriots of 77-47 defeat.

Junior standout Trey Rezendes led EPHS and topped all scorers on the evening with 22 points. Xavier Hazard, the Townies’ leading scorer on the year, hit his average to date in league games with 17 points. Calvin Lucenti paced Portsmouth with 15.

The Townies improved to 4-3 in league games. Of special note, the victory was the 100th in the career of East Providence head coach Joe Andrade, now in the middle of his seventh season at the helm of the Townies. Portsmouth dropped to 3-4 in D-I at the time.

“I’m just happy I’ve been able to have some success and help the program become a Top 5 program in the state, which is even more difficult as a public school competing against the likes of (private schools) LaSalle and Hendricken and a team like Classical (which draws from all of Providence,” Andrade said.

Andrade’s first win came in December 2016, a 57-56 overtime decision against Tiverton in the Townies’ annual Injury Fund game that season. Andrade’s career total includes four victories serving in the absence of then head coach Alex Butler, to whom the former served as an assistant for 10 years earlier in his career.

To begin Andrade’s eventual centesimal win, the sides played relatively even through the opening eight minutes, EPHS holding a 16-11 at the end of the first quarter.

The visitors, though, exploded in the second period, outscoring the Pats 21-4 to take a comfortable 37-15 to the intermission. The Townies then only added to their sizable spread in the third, upping their edge to 24 (56-32) heading in the final frame.

“We played well,” Andrade said of East Providence’s fourth league win, which have all come in decisive fashion.

The Townies’ average margin of victory is 23.5 points against D-I foes. In contrast, they’ve lost their league games by a combined 11 points, including a seven-point setback to unbeaten Hendricken in their previous outing.

Andrade added, “I thought we didn't let Portsmouth get comfortable and our depth and length I think bothered them.”

Hazard had 10 in the first half, eight in the second quarter as the locals took command of the contest.

Kemaire Dublin added 16 points for EPHS, six in the first half and 10 in the second, while Will Winfield chipped in nine for the night. And Alex Mulumba had six off the bench.

The Townies are back in action Friday night, Jan. 13, when they host North Kingstown at 6 p.m. Portsmouth plays the same evening in Barrington at 7 o’clock.