Crowley urges preparedness for potential next round of state reimbursement money

EAST PROVIDENCE — On the heels of the unmitigated success the district and city enjoyed with the new East Providence High School project, Superintendent Kathryn Crowley has urged local electeds …

Crowley urges preparedness for potential next round of state reimbursement money 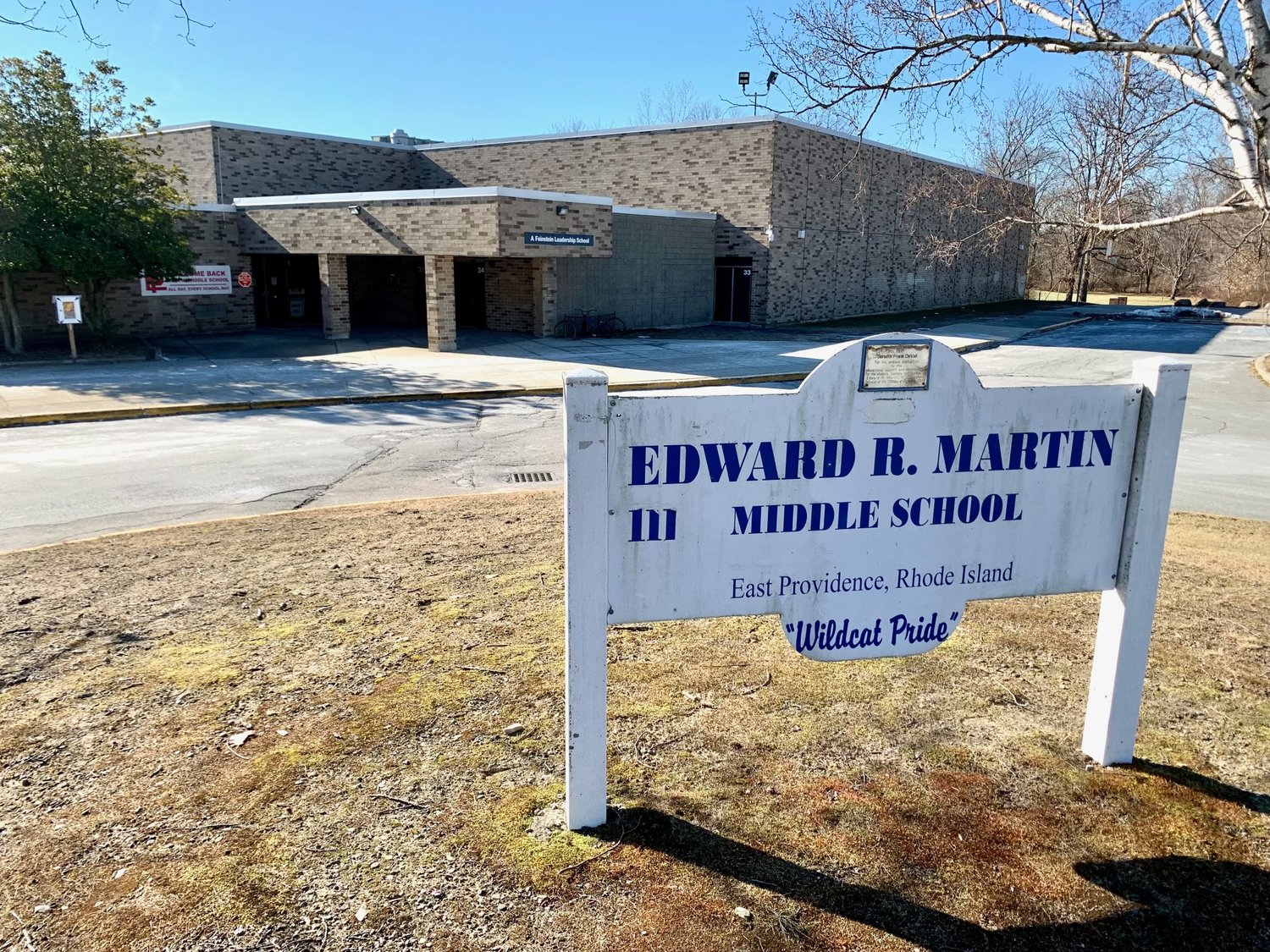 Renovation of the 45-year-old Martin Middle School would be among the priorities in East Providence if a second state-wide school construction bond is passed at the November 2022 election.
Photo by Rich Dionne
Posted Thursday, January 27, 2022 1:47 pm
By Mike Rego

EAST PROVIDENCE — On the heels of the unmitigated success the district and city enjoyed with the new East Providence High School project, Superintendent Kathryn Crowley has urged local electeds and administrators to once again be prepared to seek state funding for more building improvements.

Gov. Dan McKee along with Rhode Island Senate President Dominick Ruggerio have both expressed their support to put another school construction bond referenda item before voters at the upcoming 2022 General Election. State Speaker of the House Joseph Shekarchi has yet to comment formally on the topic.

While the electorate will be asked to cast their ballots for all statewide officers, including governor, the General Assembly is likely to place a second, $250 million bond item up for consideration, just as was done in 2018.

The $250 million appears to be the baseline for the 2022 question, though some, including current State Treasurer and former gubernatorial candidate turned U.S. House District 2 Congregational seat pursuer Seth Magaziner, have called for the referenda item to be upwards of $300 million.

“The time is right if East Providence is looking to do any further construction in the district,” Crowley told the School Committee at its January 2022 meeting, which came around the time McKee announced he would back another referenda on the matter and Ruggerio indicated he would put it before his chamber for consideration.

The state bond money was dispersed on a first-come, first-serve basis to districts which had comprehensive plans and financing in place. East Providence was among those who anticipated the process and were in the advanced stages of putting a proposal together.

The district/city were eventually reimbursed by the state for the new EPHS project at an initial rate of 54.5 percent derived mainly from aid formula calculated on the economic status of residents living here. The project also met a series of incentives based on aspects like curriculum and energy efficiency to the tune of an additional 20 percent, or some 74.5 percent total.

Once all was said and done, East Providence residents will have been required to pay only about $89 million of the $189.5 million project price tag.

This go-around, Crowley is prompting local officials to be ready to seek state funding to help defray the costs of improvements throughout the district, with a target on significantly renovating the 45-year-old Martin Middle School structure at the recommendation of the Rhode Island Department of Education.

The superintendent said RIDE officials have indicated the next funding round will rely heavily, though not solely, on the Jacobs report, a state-authorized review of educational facilities around Rhode Island conducted in 2016.

Then, Jacobs, a global architectural firm with an office in Providence, concluded Martin to be in need of about $50 million in improvements to bring the structure up to modern standards.

Jacobs also found the now 56-year-old Riverside Middle School had upgrades needed at a cost of approximately $10 million while the city’s eight elementary school buildings, ranging in ages from 69 to 33 years of existence in some form, each required about $5 million in renovations.

In the six years since the Jacobs report was produced, the district has addressed a host of the recommended improvements, though the need to substantially renovate Martin remains crucial.

With so many other high-priority projects specified by Jacobs completed or in the process of being finished through the first $250 million bond, Crowley said Martin has risen to No. 2 on the list of those outstanding in the entire state.

Of note as well, there are some key differences in the city’s financial position since 2018. Crowley said East Providence would be reimbursed only at a rate of 48.5 percent because the poverty level for students has improved. Fewer pupils here are now enrolled in the free and reduced food program in schools. The superintendent also said it was likely the reimbursement rate would drop even more in the next fiscal year.

Crowley noted as well other differences in the round of funding are expected to include more upfront money available to districts initially, meaning the city would have to borrow less on its own, and an even great emphasis on the academic and environmental incentives. In terms of the latter, she said East Providence would in the end almost assuredly be reimbursed at around 68.5 percent of any construction costs.

“This particular construction bond, you’ll probably not see another one after this in another 20 years,” Crowley added.

“It’s the best reimbursement (East Providence) is going to get for a while,” she continued, noting it’s a “good and bad” situation for the city. As the wealth of families goes up, the state reimbursement percentage will going down.

As part of the discussion, the committee took one related action when it approved a new contract with the Ai3 architects to provide a capital improvement assessment similar to what the firm did with the new EPHS project.

District Finance Director Craig Enos told the committee the Ai3 review coincides with the need of the district to adhere to a state requirement to do an assessment every five years. The most recent review was done by the firm SLAM around the same time as the state-wide Jabobs report in 2016.

Also, he said the district could potentially receive $30 million in upfront, or “pay-go,” monies from the state under the bond proposal, which percentage-wise would be even more than the $60 it got for the new EPHS project.

In addition, Enos said incentives tied to the new bond proposal will be determined by RIDE at the beginning of the project rather than at the end as was the case with the new EPHS.