EAST PROVIDENCE — After a much longer period of consideration and deliberation than initially expected, work was scheduled to commence earlier this week to remedy a depression around one of the … 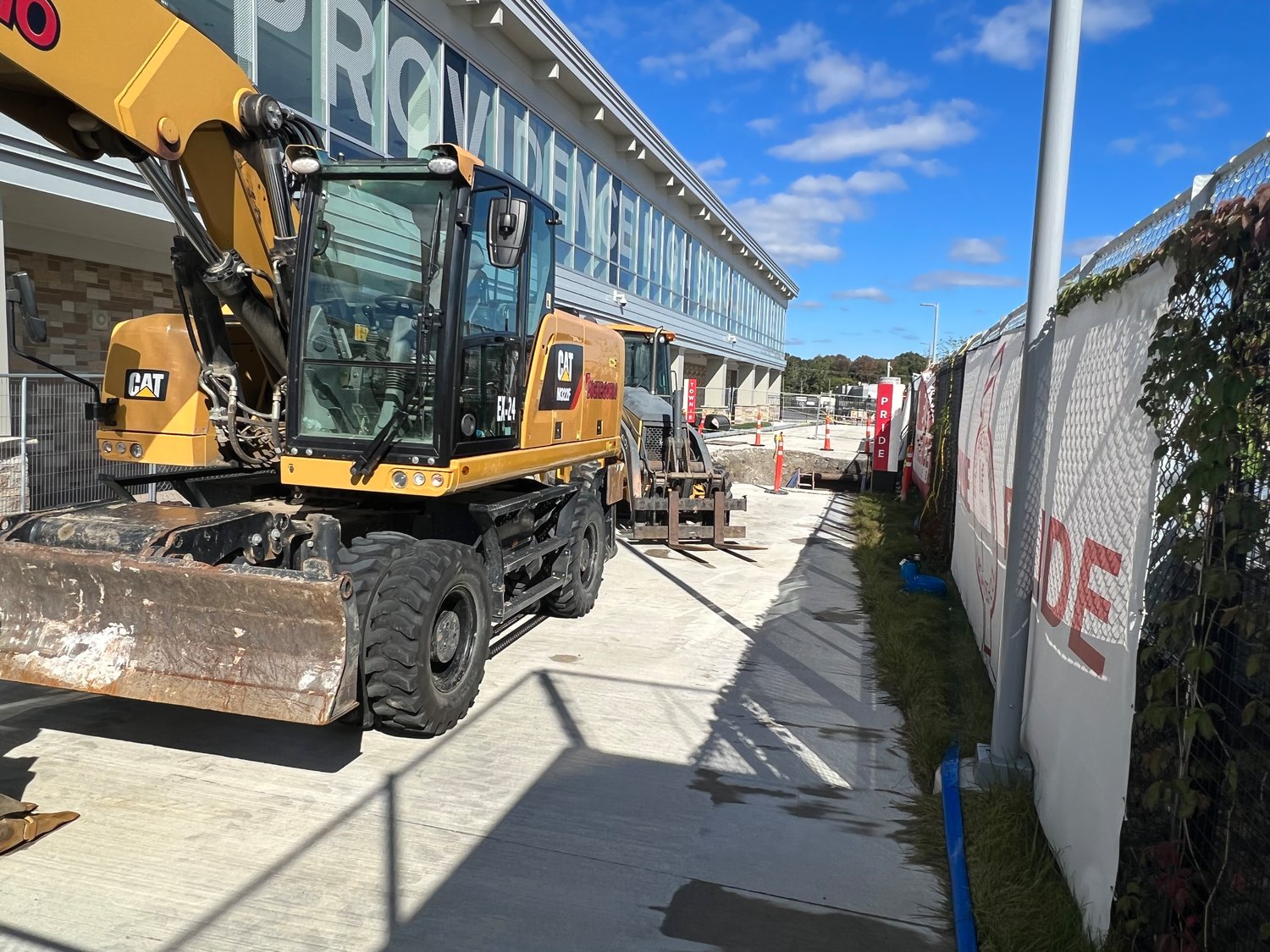 The area at the stadium where the hole around the light post formed. 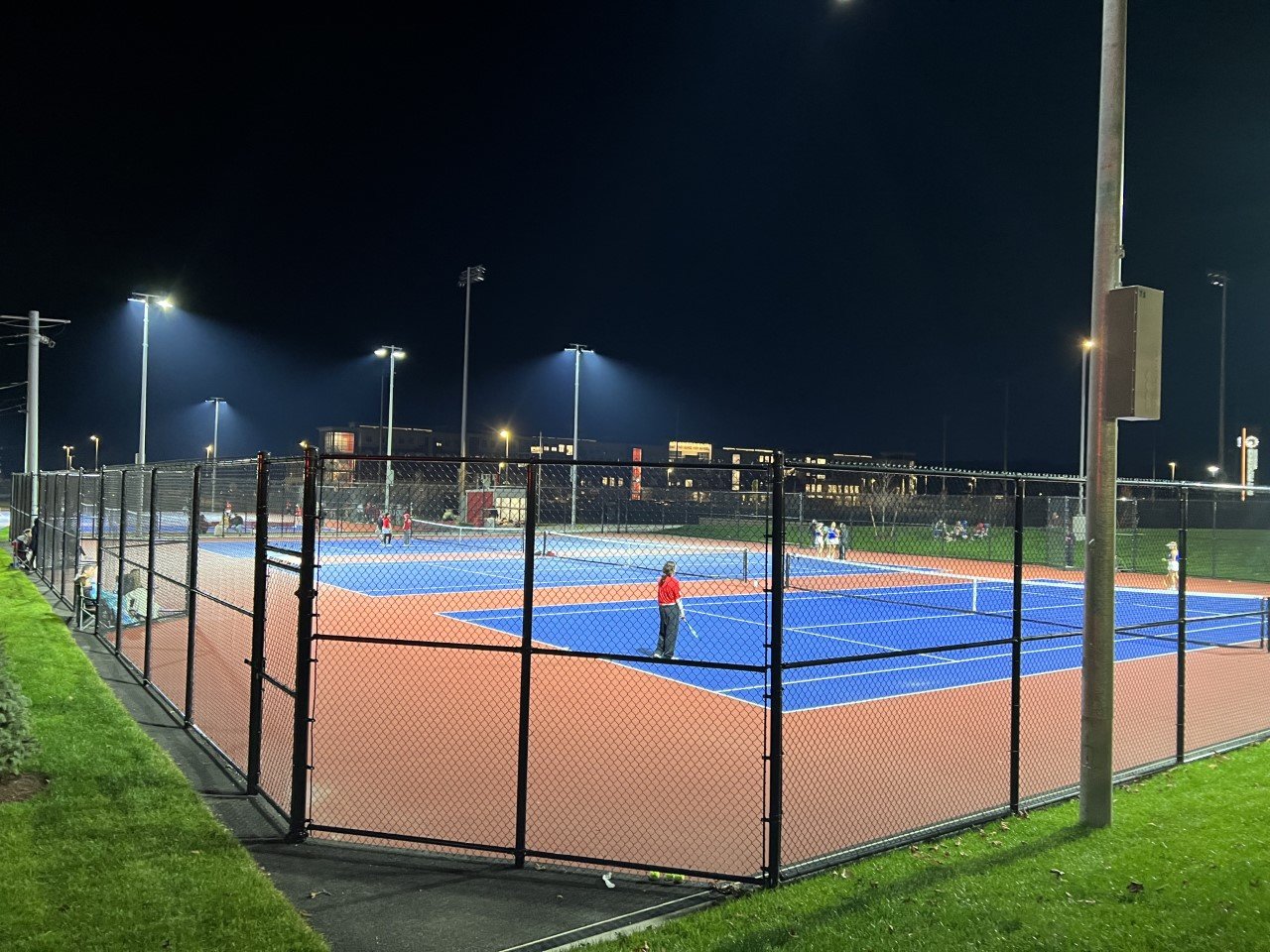 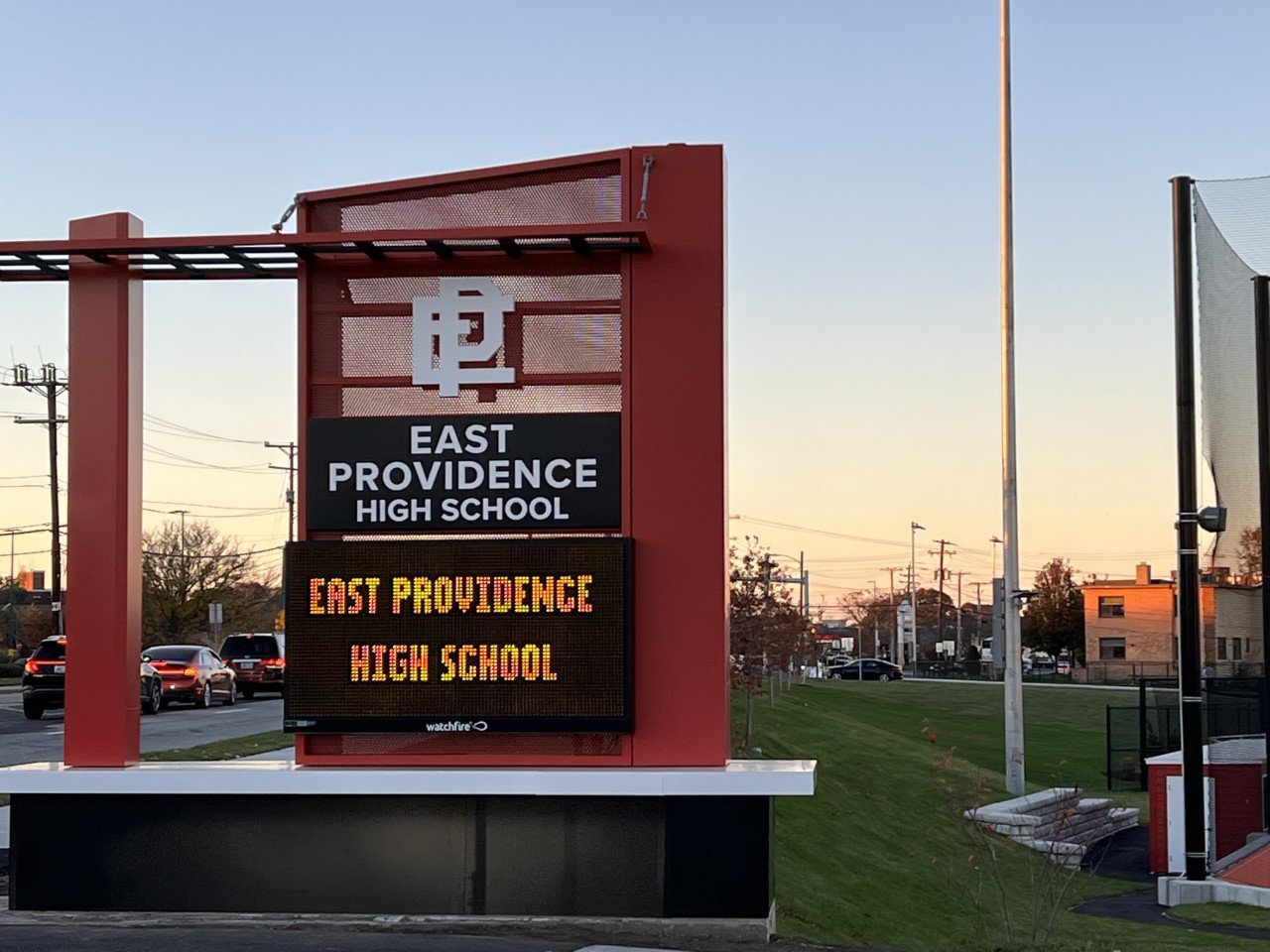 A view of the new digital message board and sign at the main entrance of EPHS off Pawtucket Avenue. 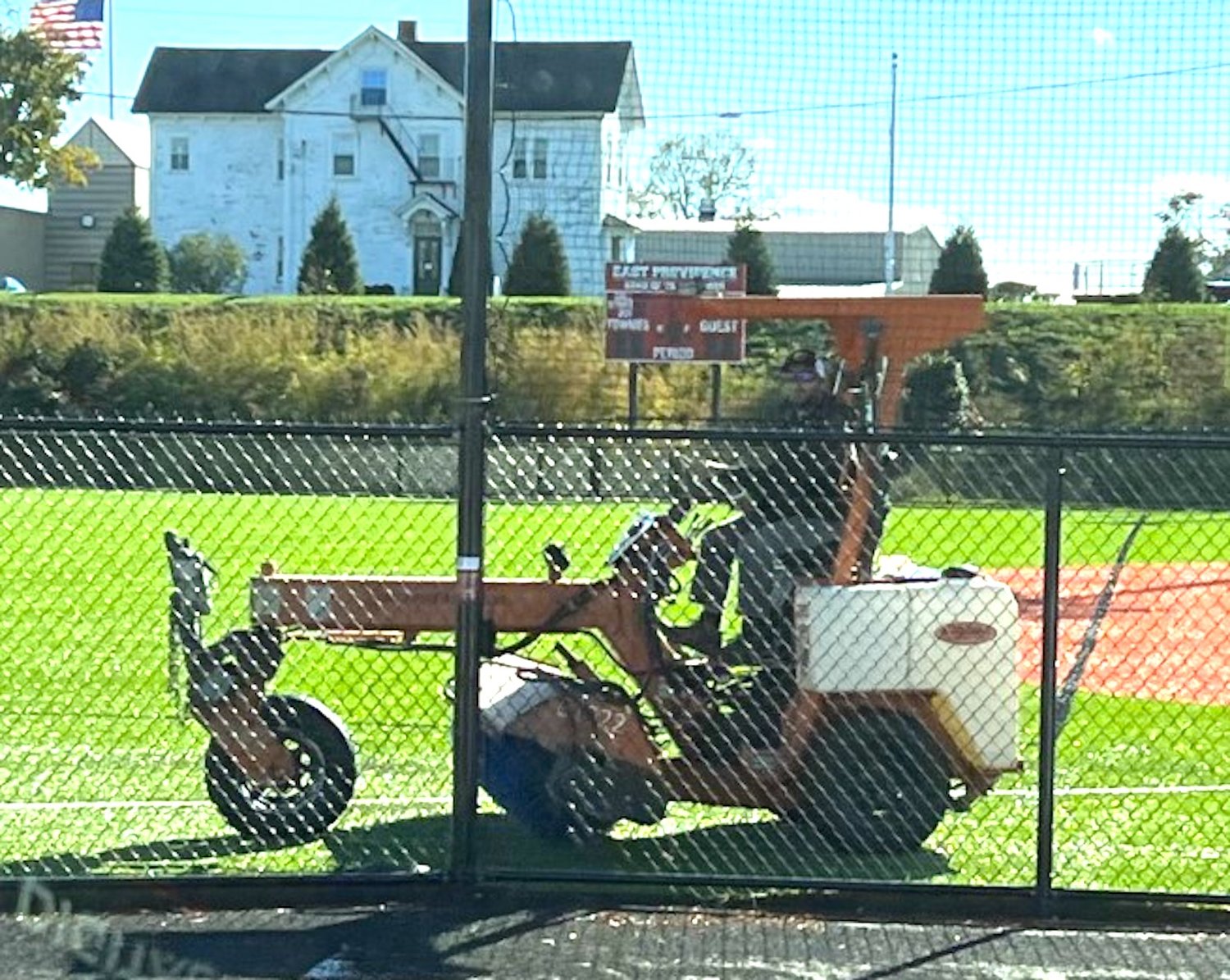 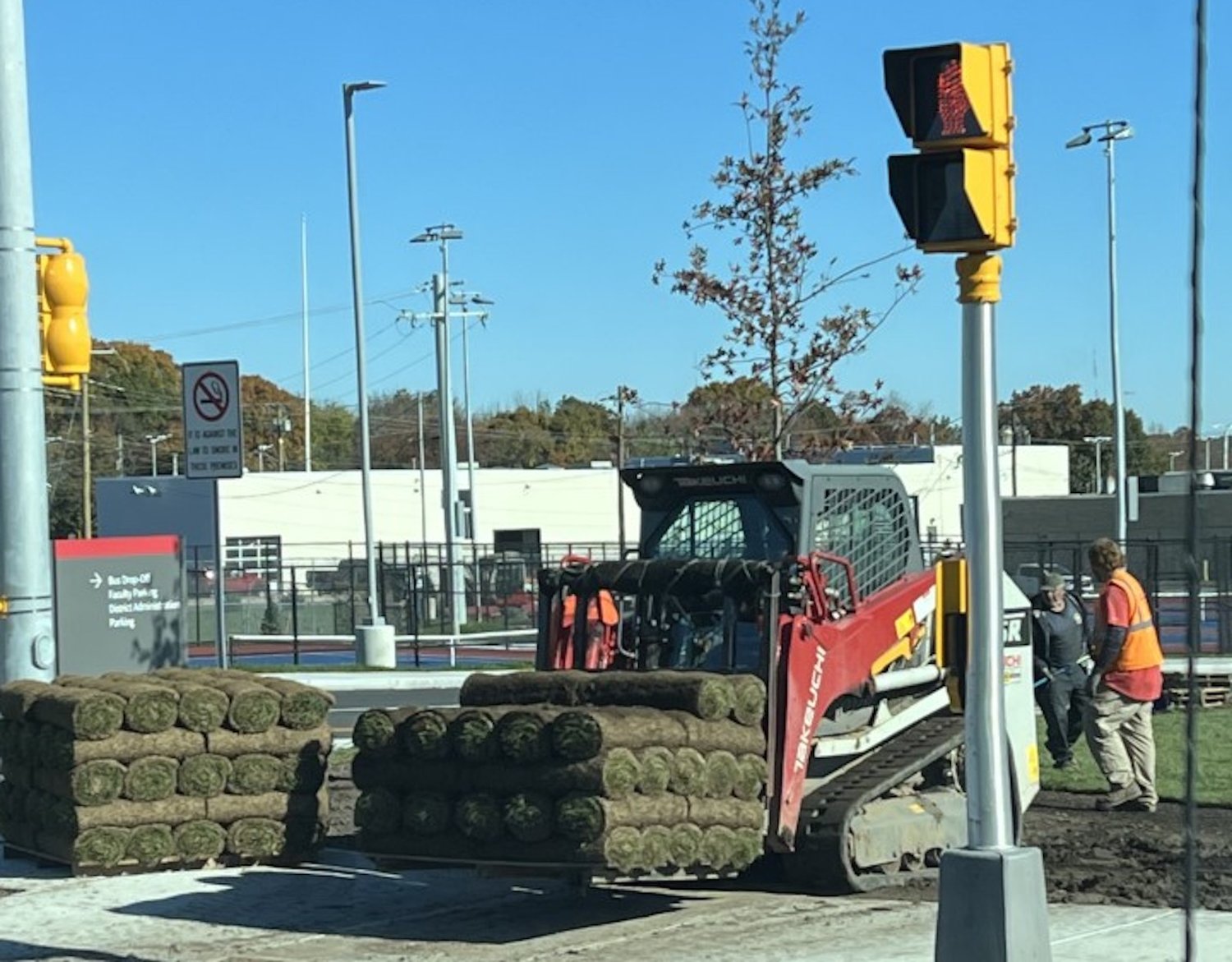 Workers install sod on the grounds of the high school on Saturday, Oct. 29. 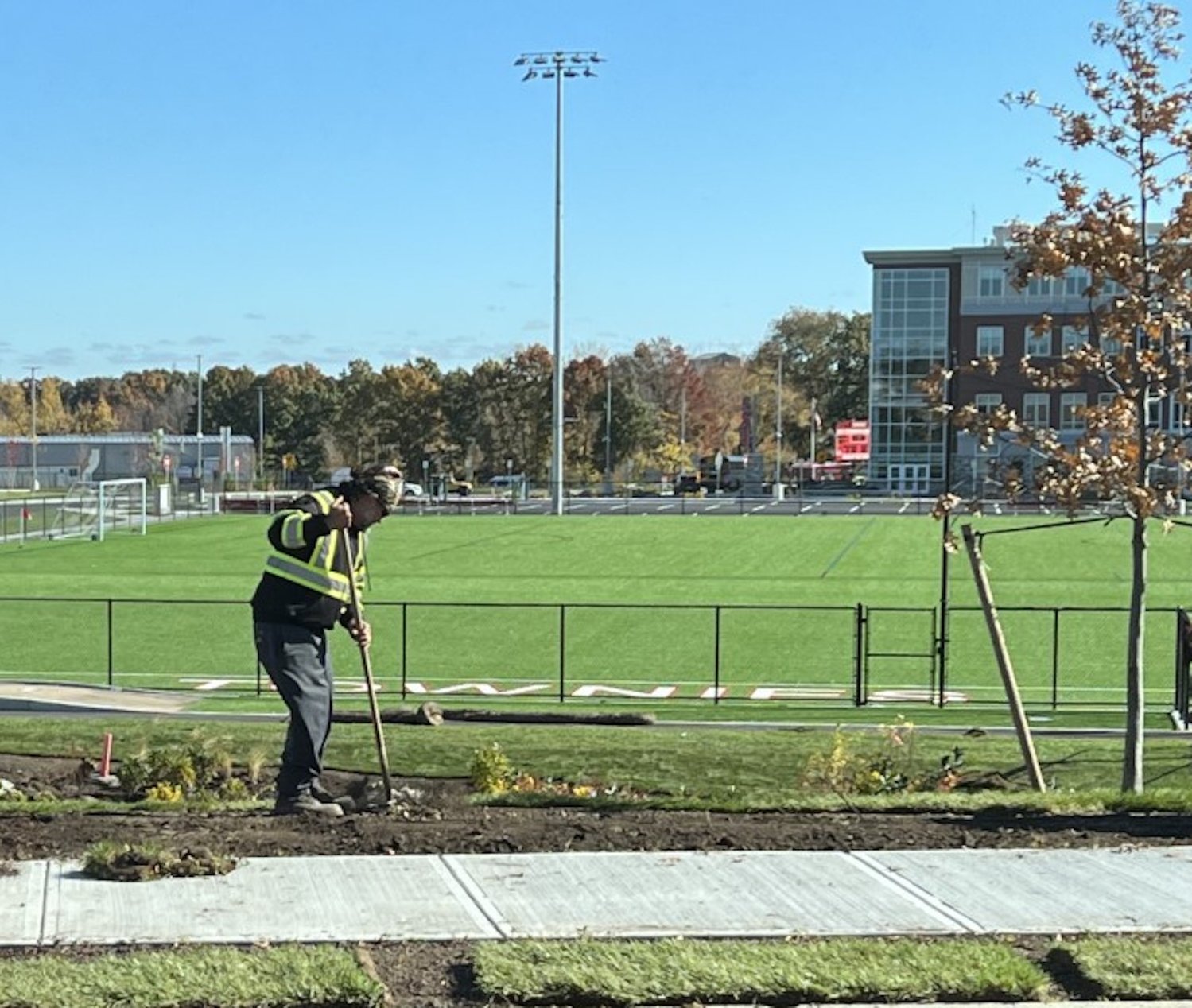 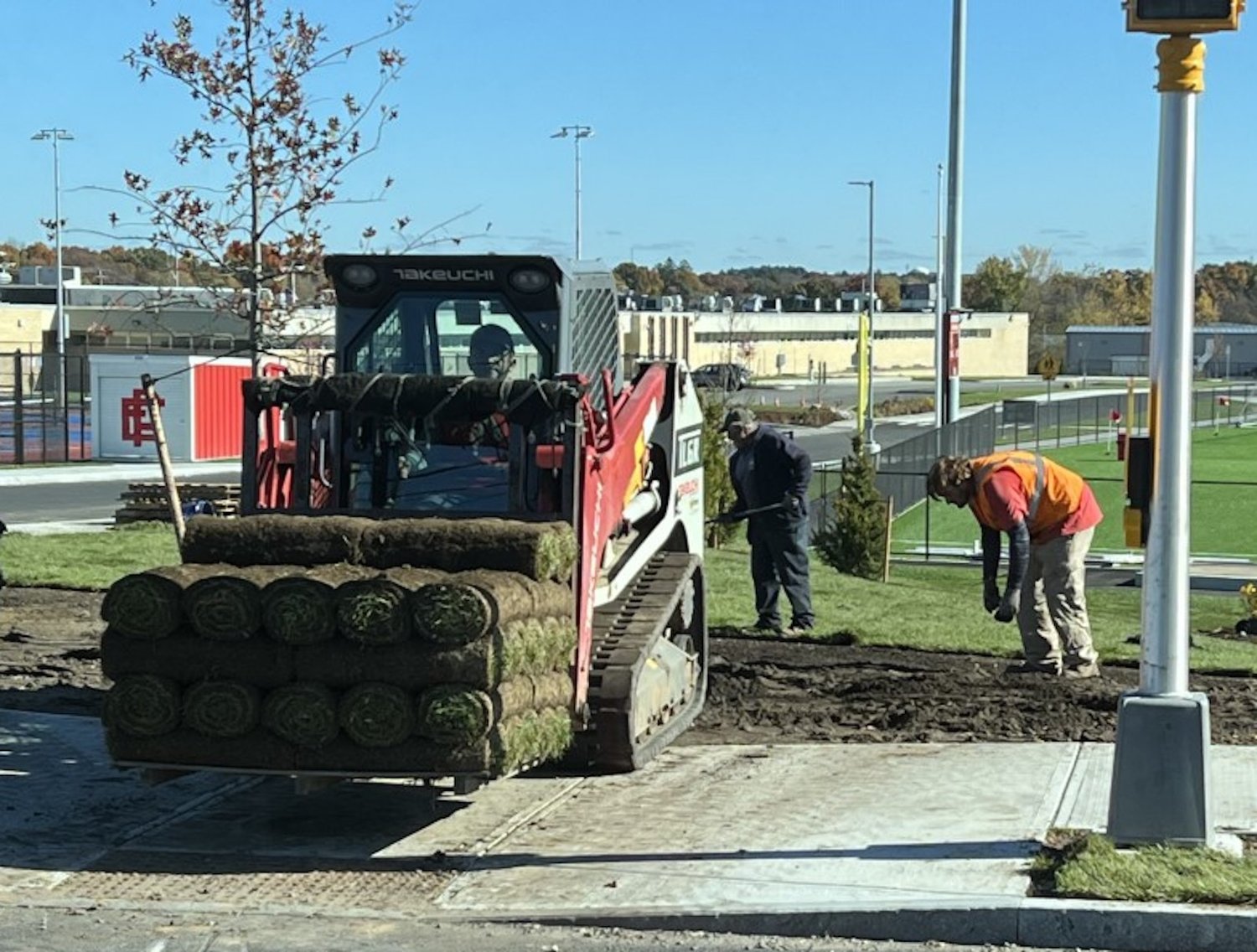 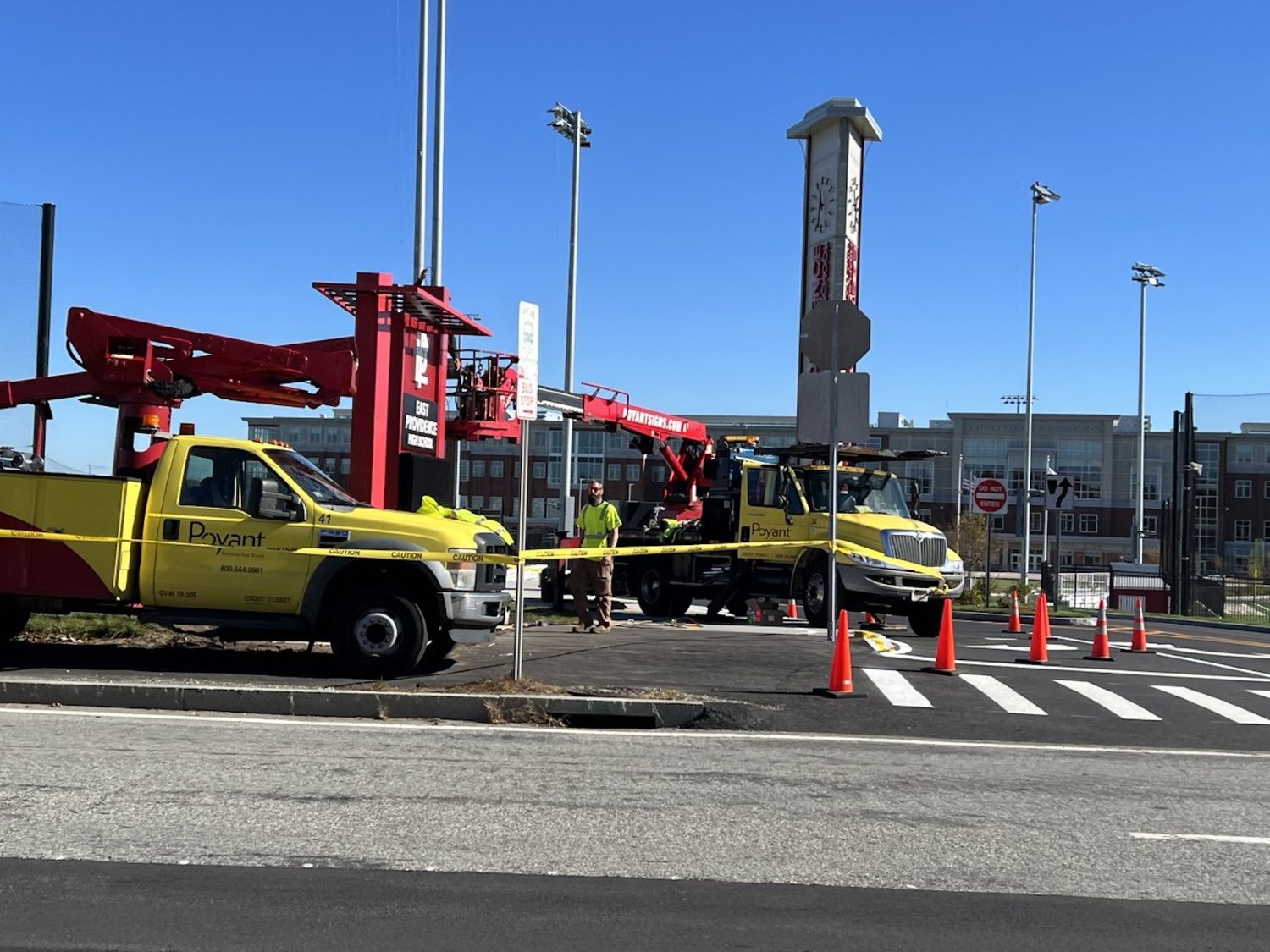 EAST PROVIDENCE — After a much longer period of consideration and deliberation than initially expected, work was scheduled to commence earlier this week to remedy a depression around one of the light posts at Townie Stadium on the grounds of the 18-month-old new East Providence High School campus.

“The repair ‘means and methods’ have been agreed upon by the school district, construction manager, their sub contractor, the design engineer, the engineer the school district retained and the Musco (lighting) engineers,” East Providence School District Director of Facilities Chris Murphy said late last week. “The repair is slated to begin in earnest on Monday, Nov. 7.”

The hole around the light in the northwest corner of the athletics stadium formed initially due to heavy rains late this past summer and just as student-athletes, including the EPHS football team, were getting ready to start their respective 2022 fall sports seasons.

At first, the matter was expected to be addressed in about two-to-four weeks, but an agreement between the experts reviewing several aspects of the situation proved elusive for much longer.

The hole was rooted not just around the light pole, requiring it to be taken down temporarily, but it was very close to the foundation of the larger, west side grandstand, the capacity of which holds the majority of the approximately 2,000 fans the stadium can seat.

With that in mind, district administrators decided to close the stand and move all football games, due to the bigger crowds, to the Townies’ former home of Pierce Stadium.

Also, though the EPHS soccer teams continued to use Townie Stadium for games, fans were only allowed to use the smaller bleachers on the east side of the property and practices were moved to the new artificial turf baseball field in front of the school adjacent to Pawtucket Avenue.

"I’d like to commend all involved for immediately, upon noticing the washout caused by the drain issue, removing the light post and restricting access to the nearby space, while still allowing use of the stadium field," said School Committee chairman Joel Monteiro, who doubled as co-chair of the new EPHS Building Committee with Ward 3 Councilor Nate Cahoon.

He continued, "It is also notable that, rather than rushing to apply a fast fix, we are taking detailed steps to ensure that the repair of the drain and the conditions around it are safe and long-standing. "

Murphy discussed the matter in great detail during his monthly department report to the School Committee at its October 11 meeting.

Murphy said at the time the damaged drain pipe had been "isolated" while the surrounding sections had also been inspected and “determined to be in good shape.”

The director continued, saying a repair sketch was devised by Parr Engineering, which was subcontracted for its portion of the overall high school project by lead contractor Gilbane. Murphy said Coastal Engineering Co. was hired as a third-party to work on the district’s behalf with Gilbane/Parr and Musco Sports Lighting, which installed the posts and fixtures.

Murphy emphasized Musco needed to sign off on any plans to remedy the situation to make sure the warranty remained active. The interested parties held a conference call with the Musco engineers on the October 11 date as the committee meeting and a report was filed by the at the end of that week, allowing the final fix to be planned.

In addition to the work at the stadium, visitors to the grounds since early October will have noticed the artificial turf softball field at the southwest corner of the campus has been completed. It, too, will serve not only as the new home for the Townies’ softball program, but also double as a soccer/lacrosse field for the EPHS programs along with youth/community groups.

Of note as well, the fully illuminated new Townie Tennis Center, which only opened in late September, hosted the first-ever nighttime match in school history when the EPHS girls' tennis beat visiting Scituate in a Division III playoff match November 3.

Also, as of last week, a new digital sign had been installed at the main, southwest entry point of the campus from Pawtucket Avenue where the new landmark clock tower is situated. It’s one of the final pieces to be installed.

The last of the landscaping and installs of signage, again according to Murphy late last week, “barring any nasty weather is approximately two weeks away from completion.”