EAST PROVIDENCE — Earlier this summer and just prior to the start of the 2022-23 term, members of the central office and East Providence High School administrations discussed the changes made … 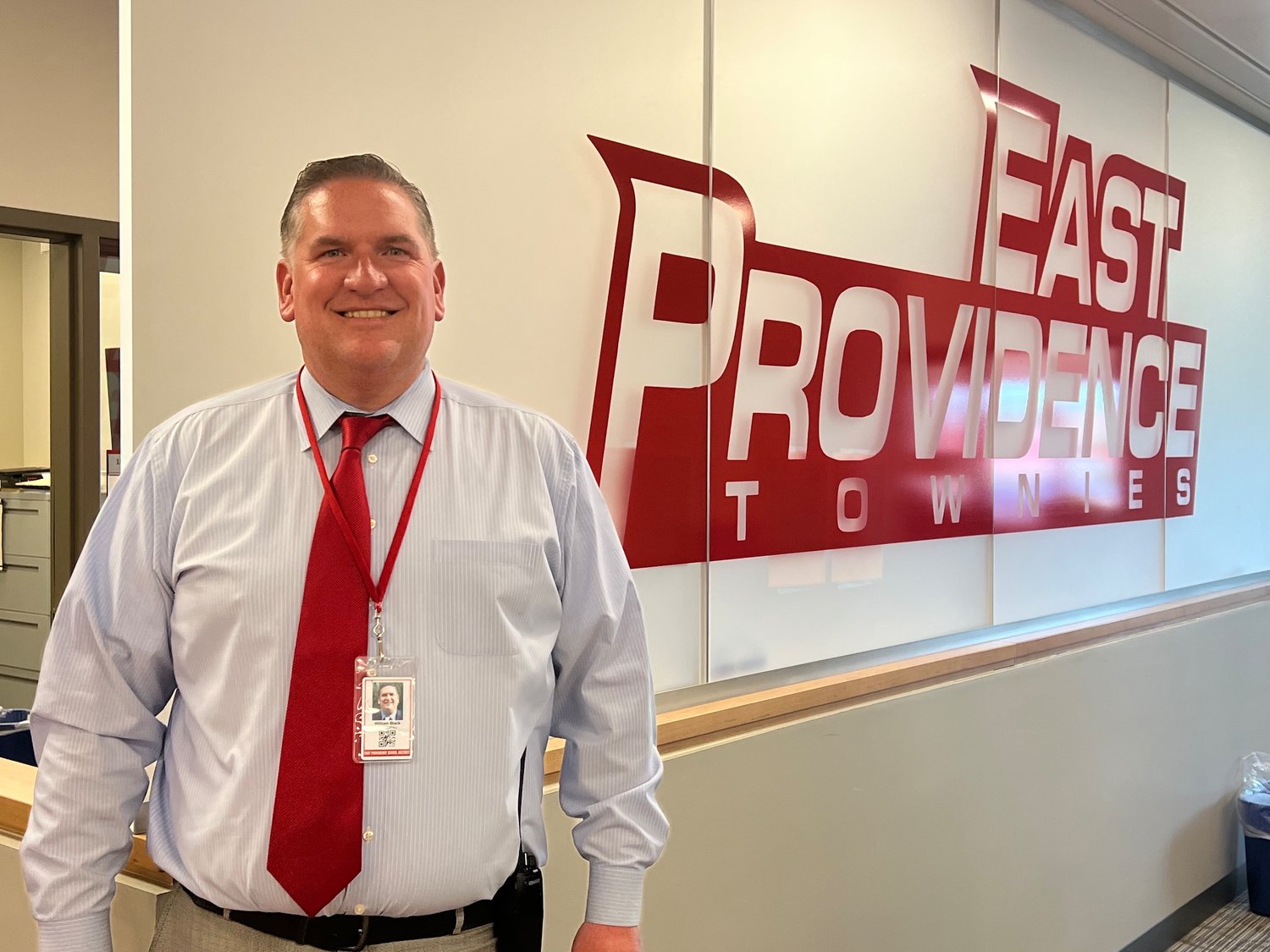 EAST PROVIDENCE — Earlier this summer and just prior to the start of the 2022-23 term, members of the central office and East Providence High School administrations discussed the changes made within their ranks over the last few months.

Most notably, Dr. Sandra Forand, who served the district in an assistant’s role, took over as the new Superintendent of East Providence Schools in time to formally open buildings for the 22-23 term, filling the position that will formally be vacated in mid-January of next year upon the official retirement of Kathryn Crowley.

Just as important, the rest of Forand’s staff was filled by her counterpart, Assistant Superintendent Dr. Celeste Bowler, remaining in her position and with the hiring of former Hennessey Elementary Cchool principal Lindsey Riley to the newly created position of Director of Teaching & Learning.

Late August 2022 also marked the start of Bill Black’s first full year as principal at EPHS. Black, who was the Martin Middle School principal at the time, took over between semesters last term upon the sudden and immediate resignation of his predecessor Toby Gibbons.

Central office changes
After Forand was chosen as the new superintendent of the district she recommended one of her two aides be denoted with the specific job description and title of Director of Teaching & Learning, emphasizing that person’s position as the main conduit between the administrative and staff on the topics of instruction and curriculum.

“I wanted the position because it will have a singular focus on teaching and learning while Celeste and I tend to be spread out around a lot of different issues,” said Forand, adding of Reilly. “Lindsey will have the opportunity to focus on just teaching and learning and we thought that is really important to continue to move the district forward.”

Forand continued, “We had an interview committee composed of a lot of different stakeholders in the city and Lindsey definitely came out the process as the leading candidate. She brings a lot experience not only as a school principal, but also as a coach. She has a background in reading, all things that are really important to the position. And she’s an excellent facilitator, which is a lot of what this position will be doing, facilitating curriculum, pedagogy. She’s a great fit for the position and we’re really excited to have her.”

Reilly was principal at Hennessey for the last five year. She spent her first three years in the district as a “coach” at Hennessey as well as Orlo Elementary, each of which had been deemed at the time as “priority or transformation schools.” Reilly said taking the new position allowed her to remain in the district while expanding her professional interests.

“I have been in the district eight years so I was interested in staying here,” Reilly explained. “I feel there are a lot of good people doing good work that I wanted to continue being a part of. And I was interesting in doing the work because I’ve had an opportunity here as sort of a coach role, as a building leader and I felt I identified with the things needed to do in the job and I felt like I could make an impact.”

As for Bowler, who took on more oversight of the Pre-Kindergarten/K and elementary levels previously, she expects her job description, if not her title, to evolve somewhat as the new central office setup actually begins to take shape, meaning she’ll likely be more involved at all levels, including middle and secondary.

“The change has happened and it’s been fairly quick, so we have not had the time to sit down and identify specifics, but we have pretty much decided that many of the duties I currently have will continue and as Sandy said some duties will expand.”

EPHS changes
For Black, the 2022-23 term represents an opportunity to help staff and students take full advantage of the opportunities the new EPHS facility affords.

Of his anticipation for his “first” first days on the job, Black responded, “I’m looking forward to everything. The planning has been great, the New Student Orientation was something new we added to get new students and parents in the building a week before school started. We had over 300 students show up and they got t-shirts, pizza and met a lot of teachers and students before the first day.

“On the first day of school, we had the freshmen only and they did a great job. Families managed the parking well and the students were excited to be here. My favorite part about the first day is the excitement and enthusiasm. Being outside and greeting the students and families is fun. Making connections and letting them know we will take care of them and do everything we can to give them a strong start to the school year. The staff is amazing as they start to begin to build relationships with the students and make connections. Once everyone is settled it is great to see the students and teachers engaging and getting to know one another in our classrooms and learning spaces.”

Now that he has the 2021-22 second semester under his belt, Black said he had a couple of aims in the forefront of his mind for the new year.

“There are a couple of things we want to focus on this year,” Black said. “Number 1 is school safety, we want our students and staff to feel safe both physically and emotionally in the building. We perform at our best when we feel safe and this is something we will focus on all year to ensure the safety of all.”

The head varsity basketball coach at EPHS rival LaSalle Academy in a former life, Black has a great appreciation for including the entire student body in athletics. He said another goal this year is to increase the numbers of the student booster section, “The Herd.”

The Herd is now an officially sanctioned club with a subsidy for an advisor, approved this past budget season by the School Committee. The advisory role has been taken on by EPHS head boys’ hoops and assistant boys’ volleyball coach Joe Andrade, who helped usher in the endeavor the last few years.

“As a basketball fan, I was always in awe of the ‘Cameron Crazies’ at Duke University and some of the student led groups at various schools,” Black said. “‘Townie Pride’ is a real thing in East Providence and we want to make that a part of everything we do. This year we have almost 60 members signed up for The Herd and there will be more. We want to use sports and attending sporting events as a way for students to have fun and show school spirit the right way. I expect great student leadership and support from The Herd this year and look forward to more student involvement this year.”

Black deemed assisting students who are struggling academically or socially as “extremely important goal.” He said it’s imperative for the administration to build “systems at the high school so our students are not falling through the cracks.”