EAST PROVIDENCE — Leading a cast of speakers who included the governor, the general treasurer and the state’s commissioner of education, Superintendent Kathryn Crowley guided attendees … 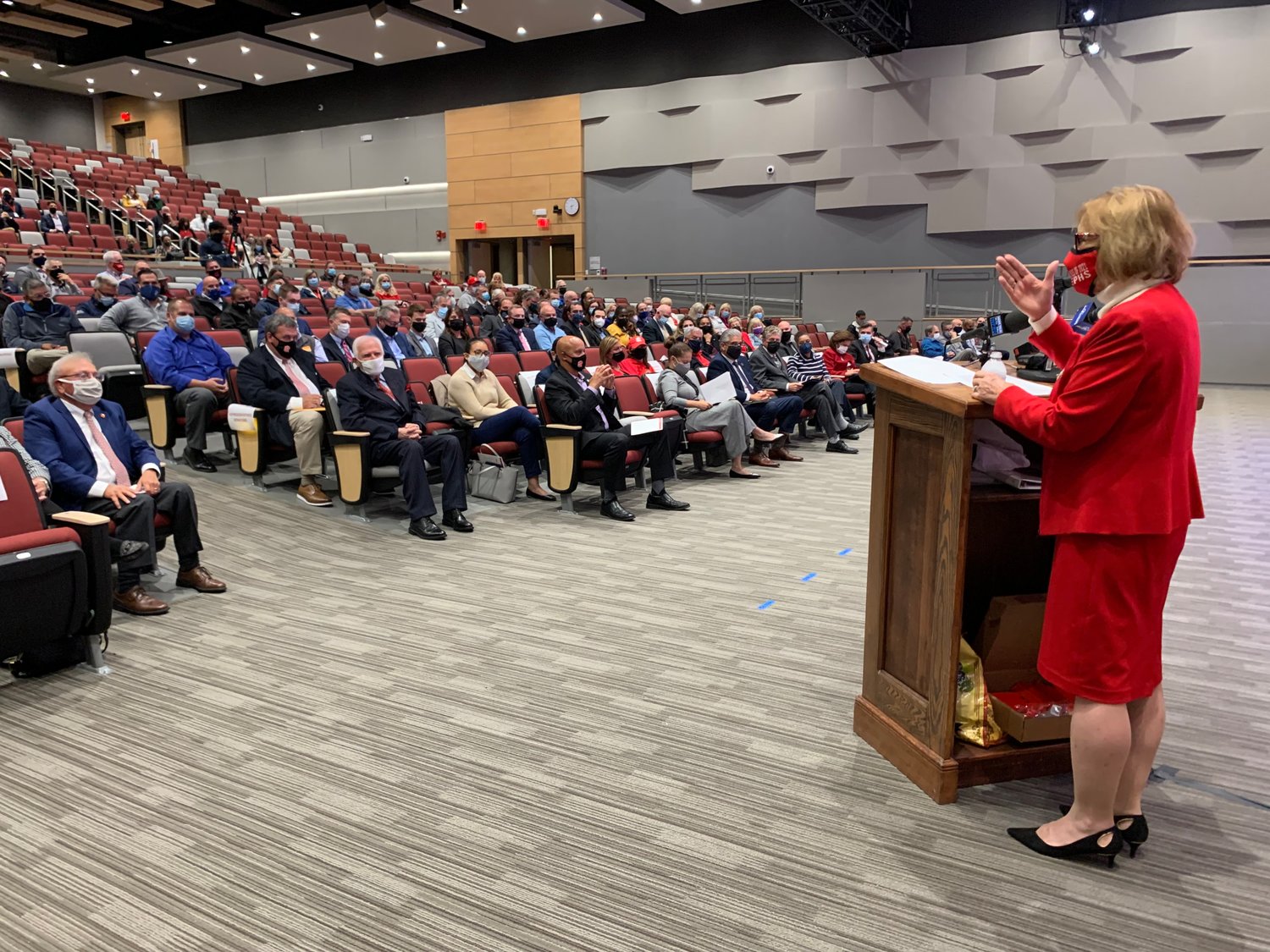 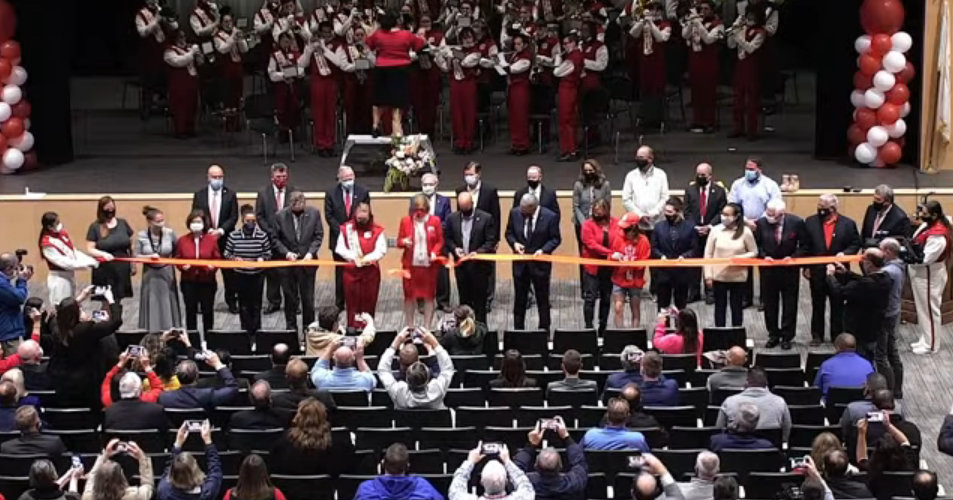 State and local officials gather inside the new EPHS auditorium for ceremonial cutting of the ribbon. 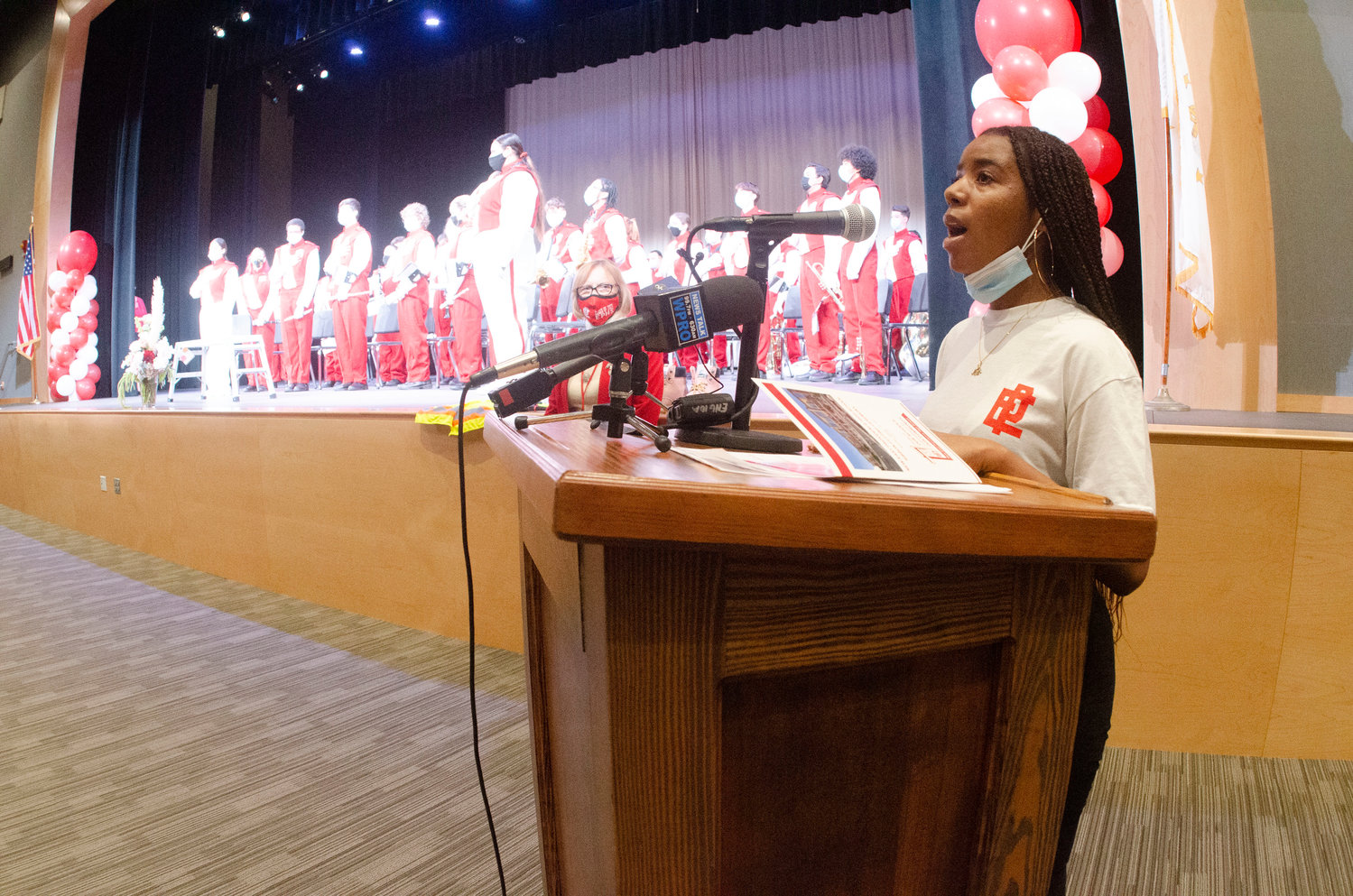 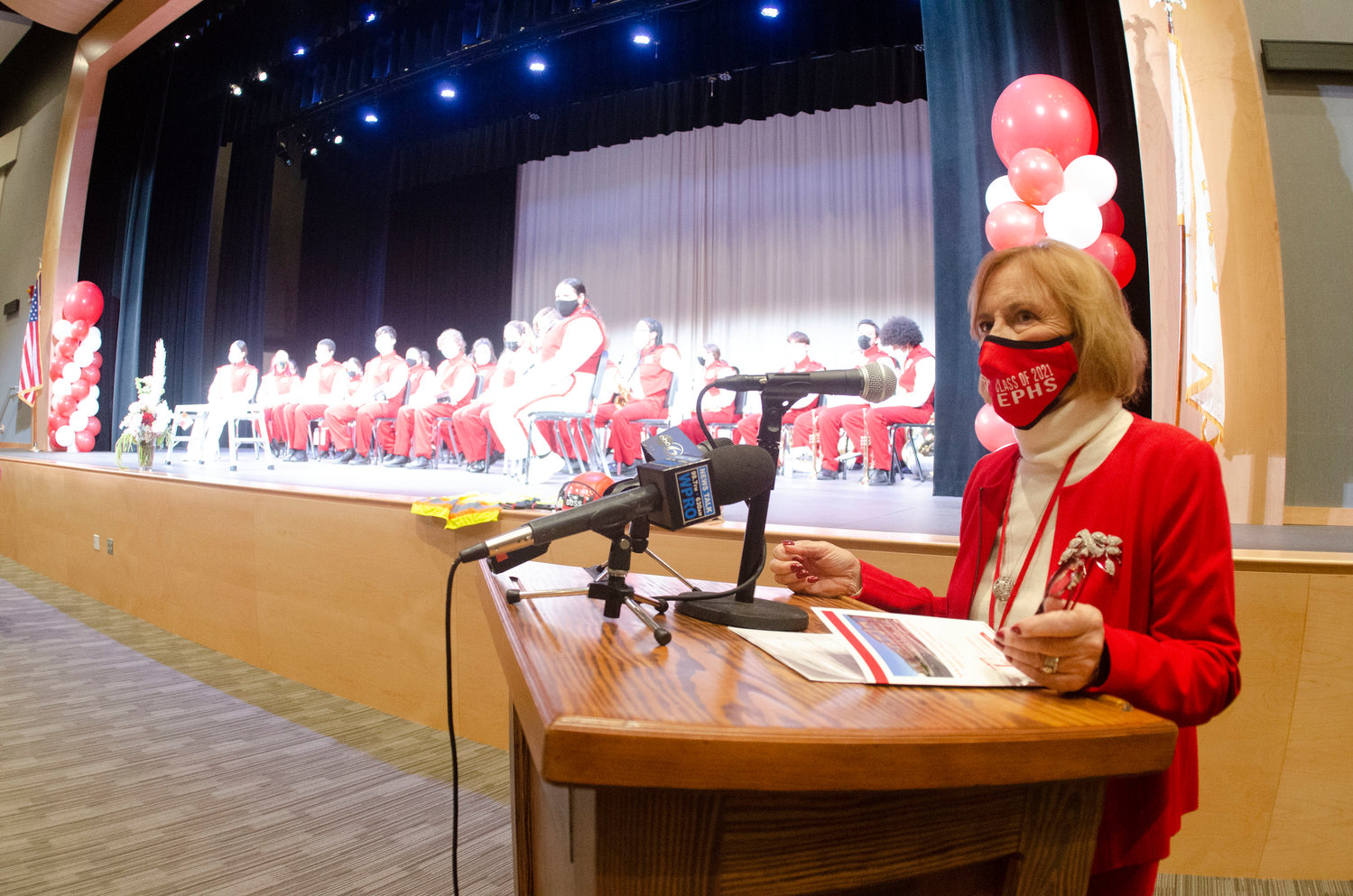 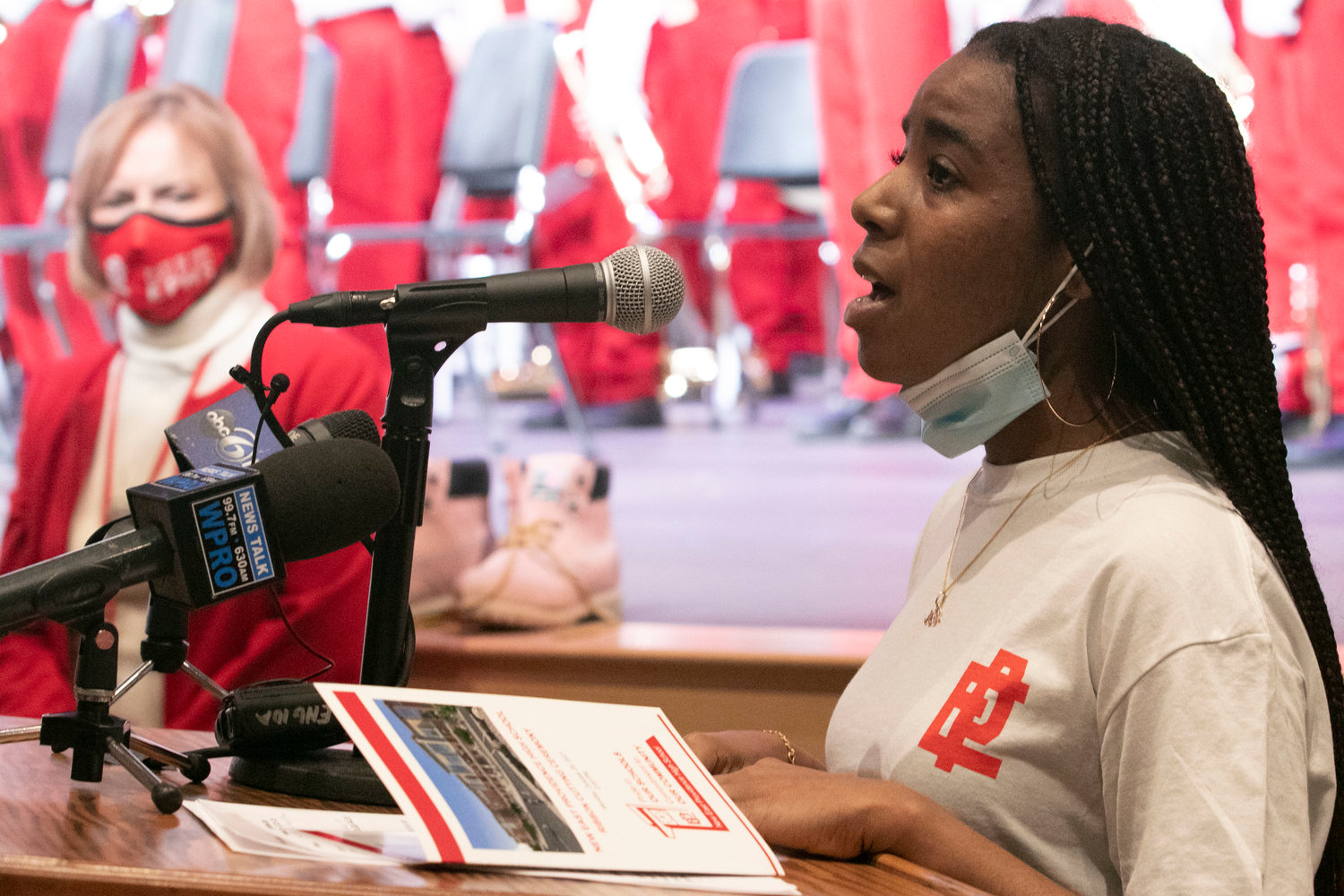 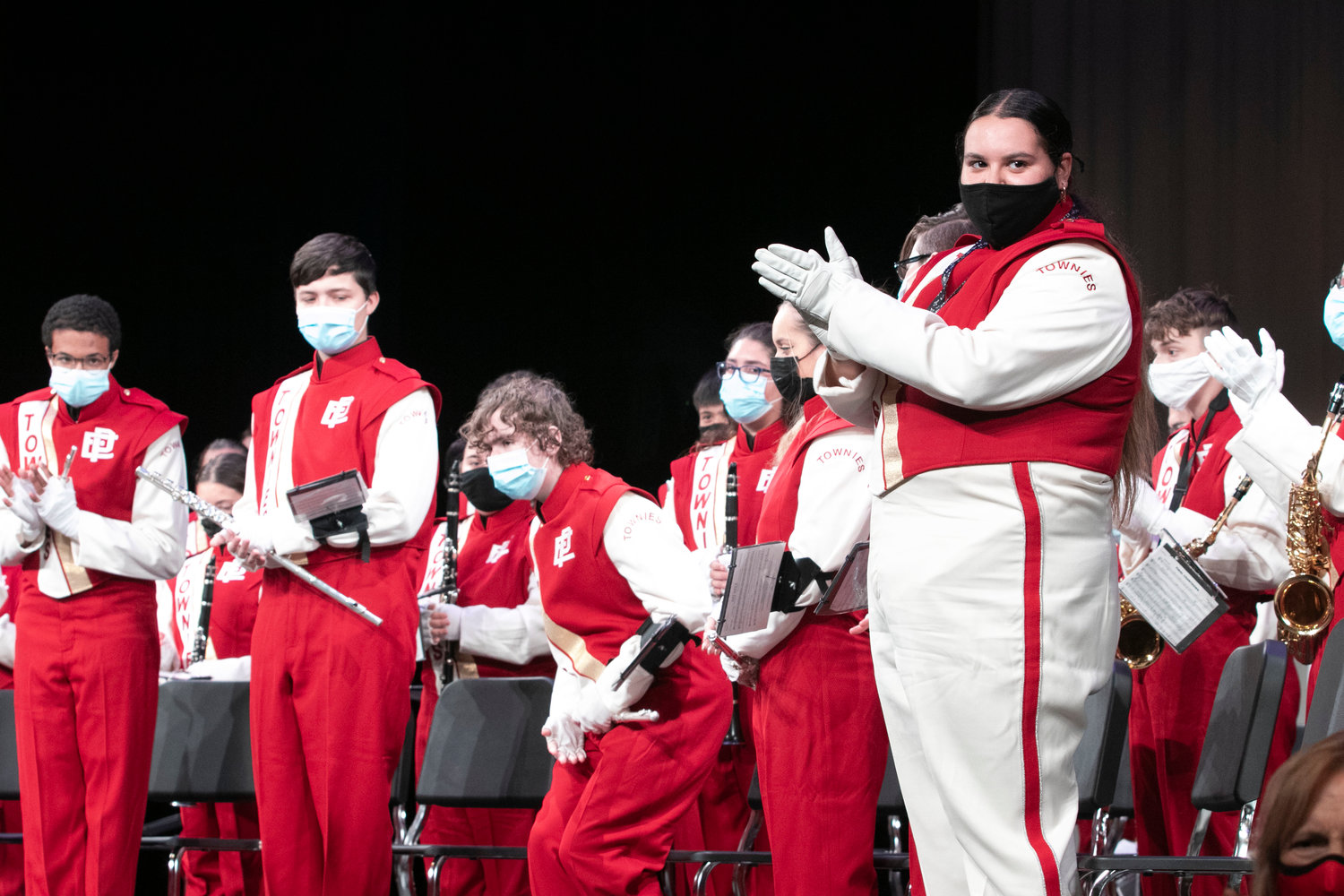 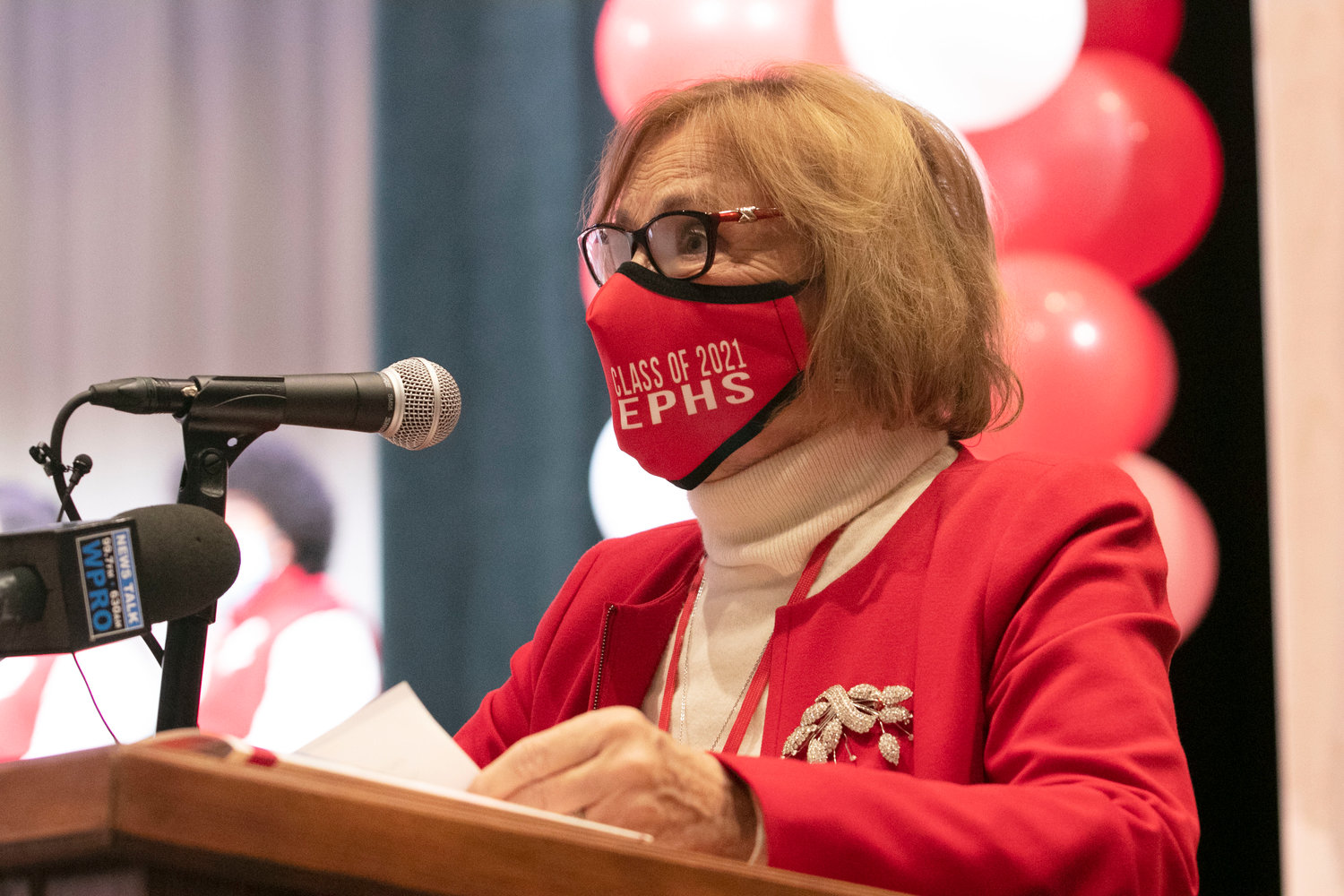 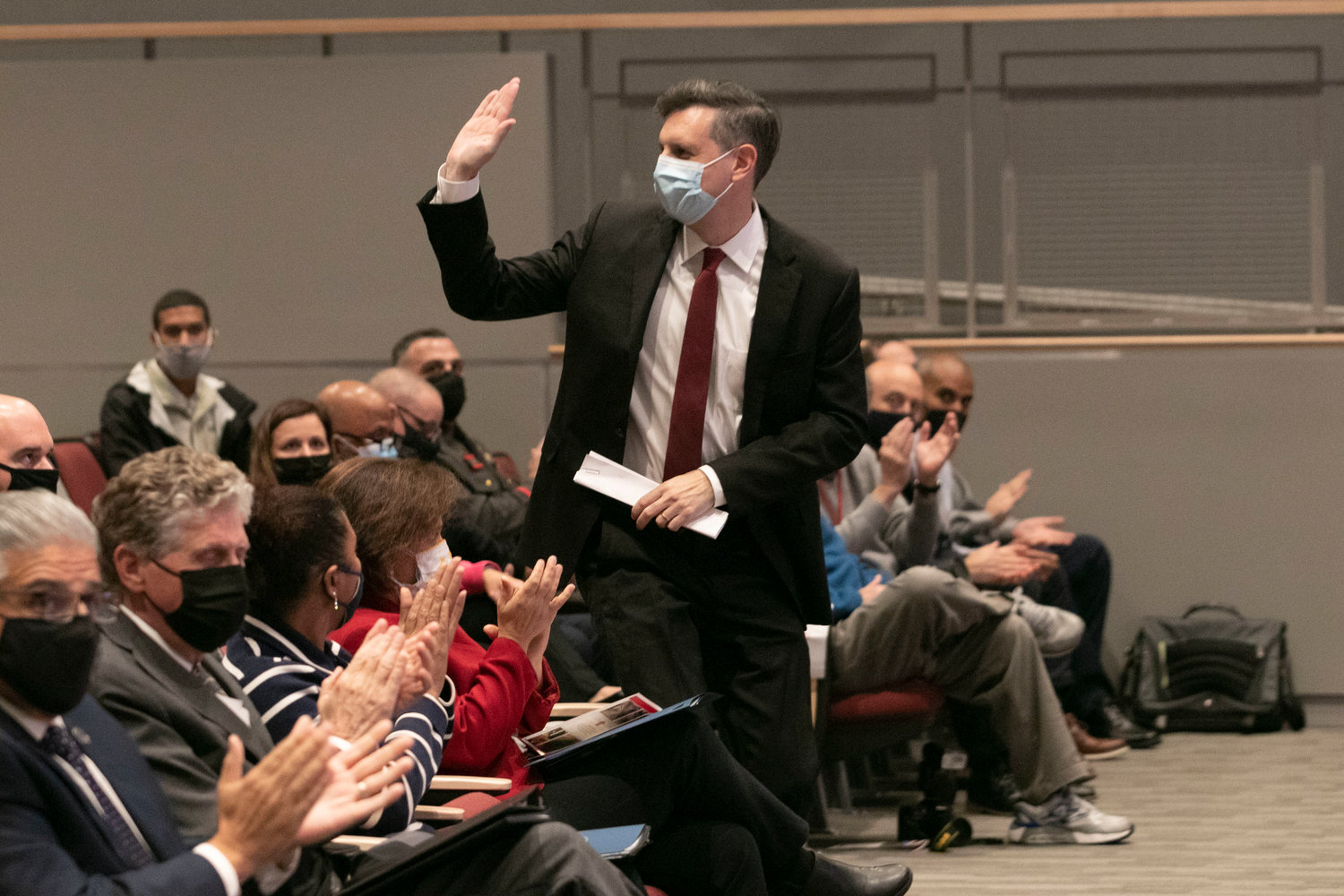 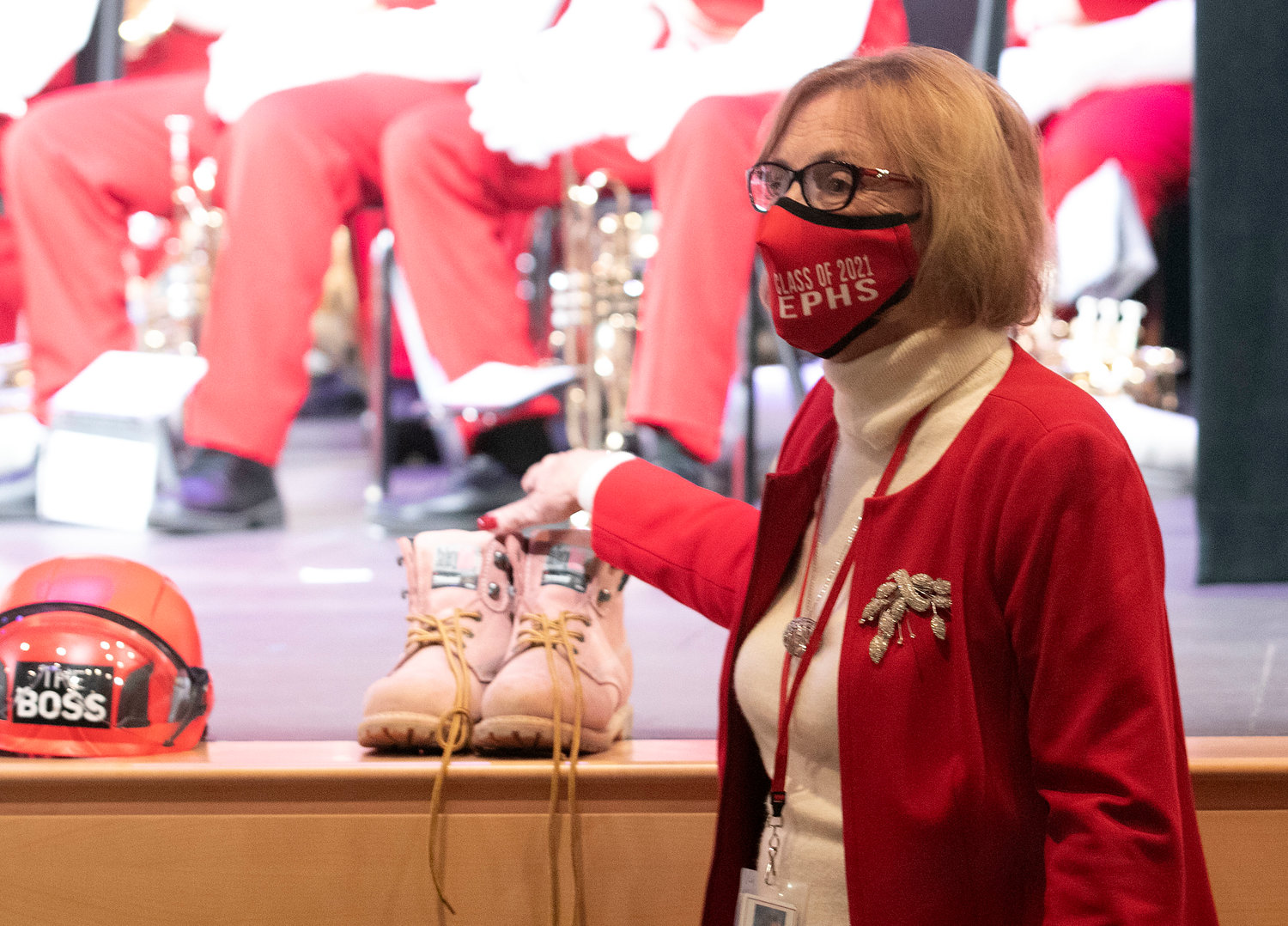 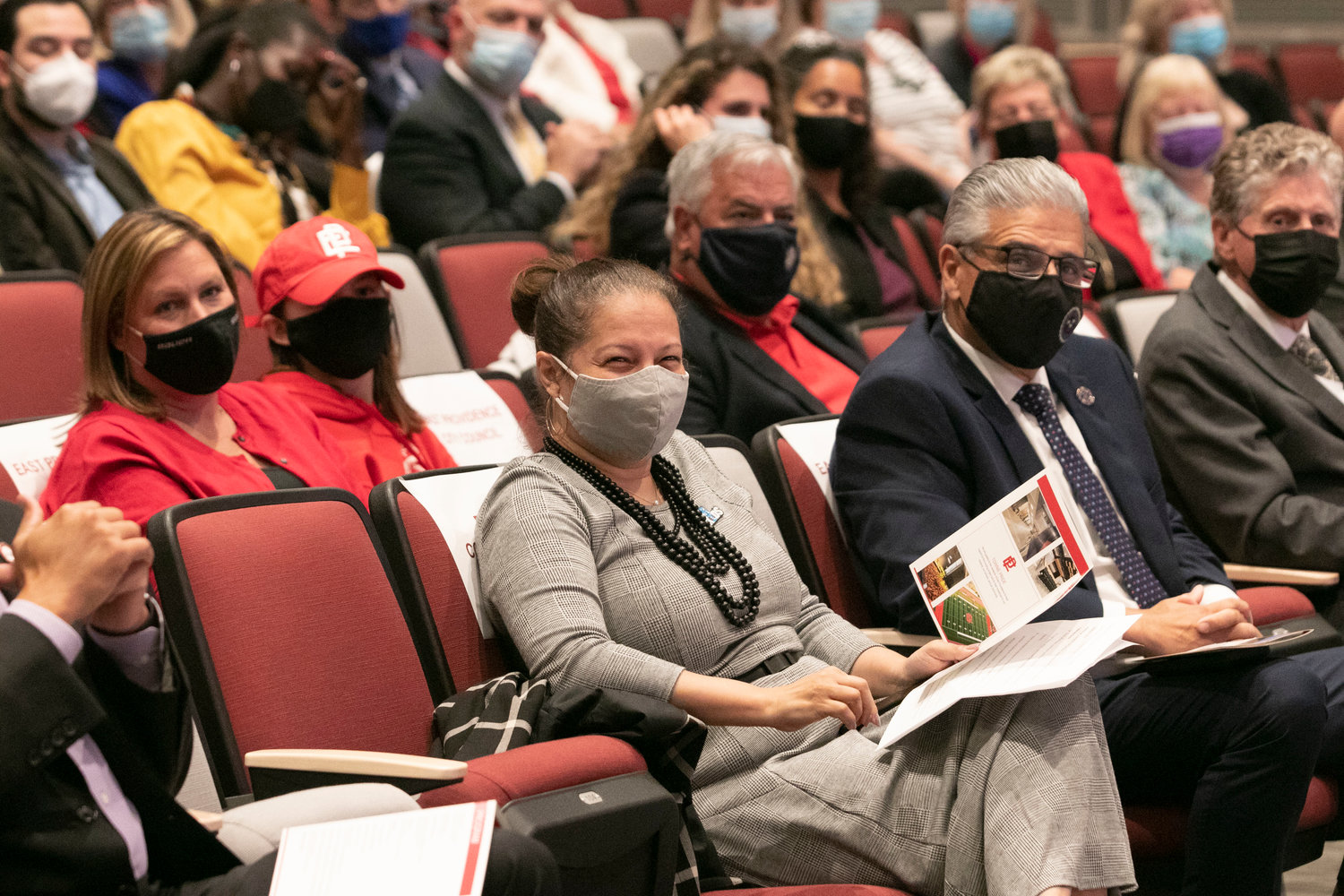 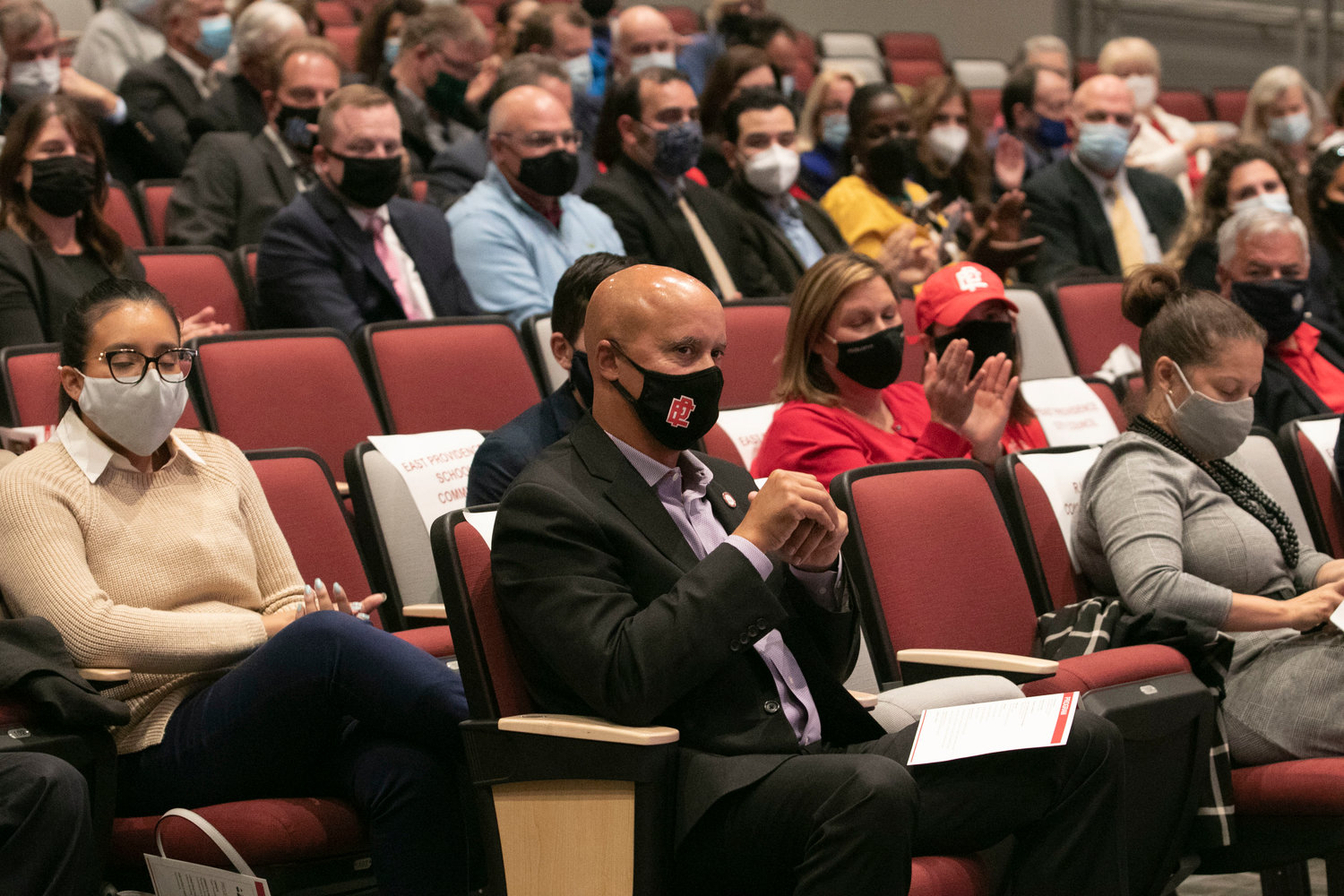 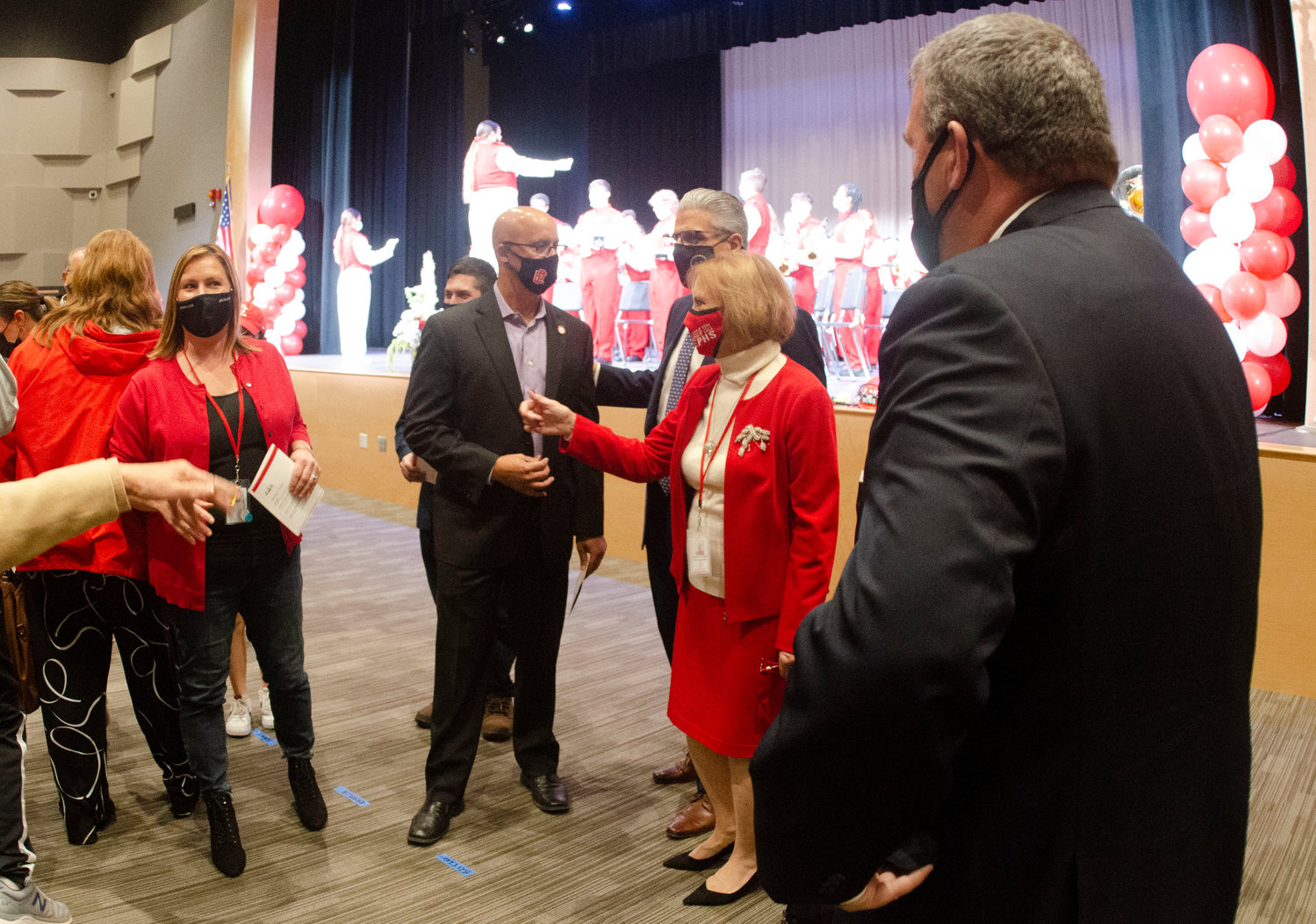 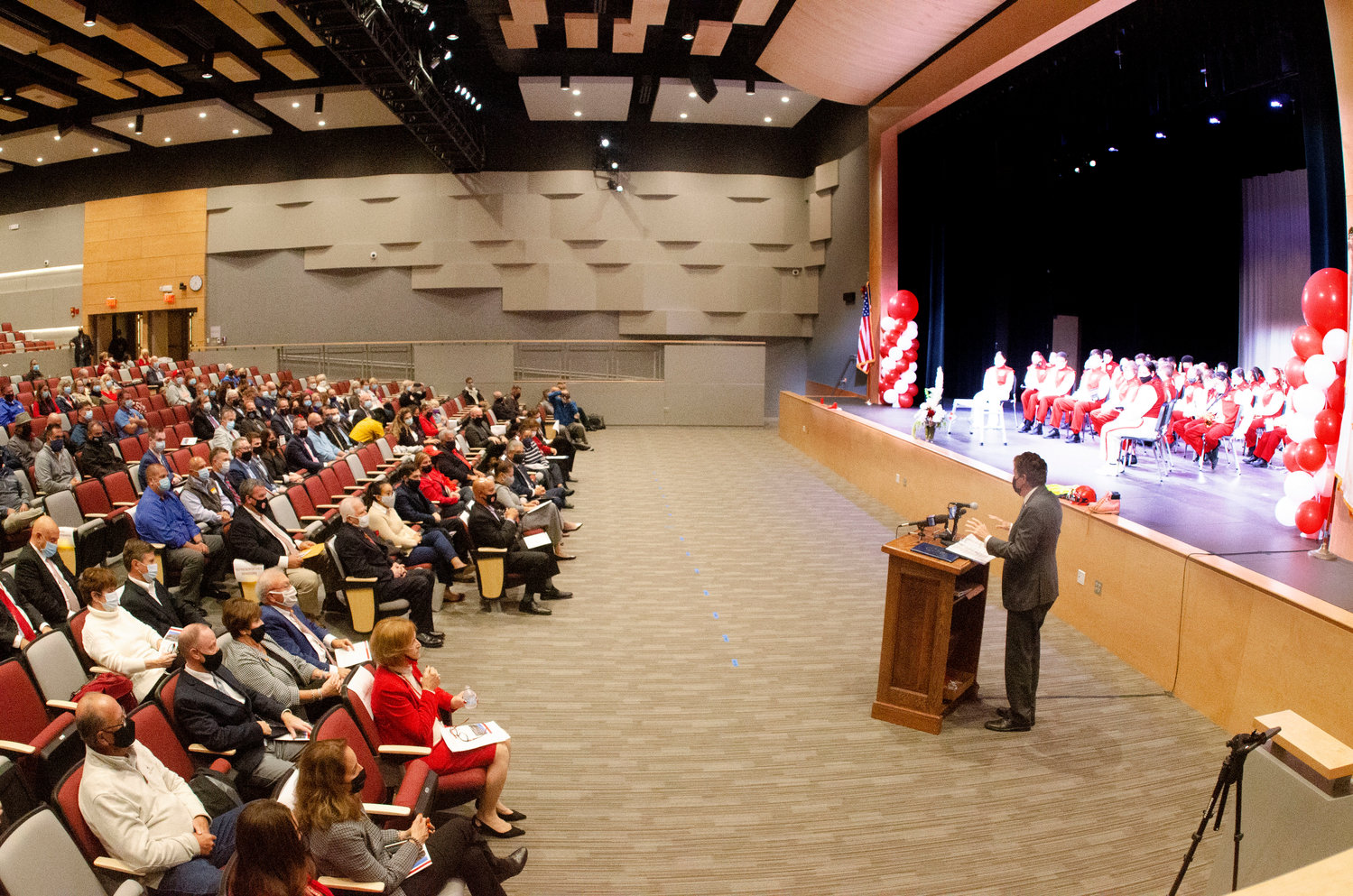 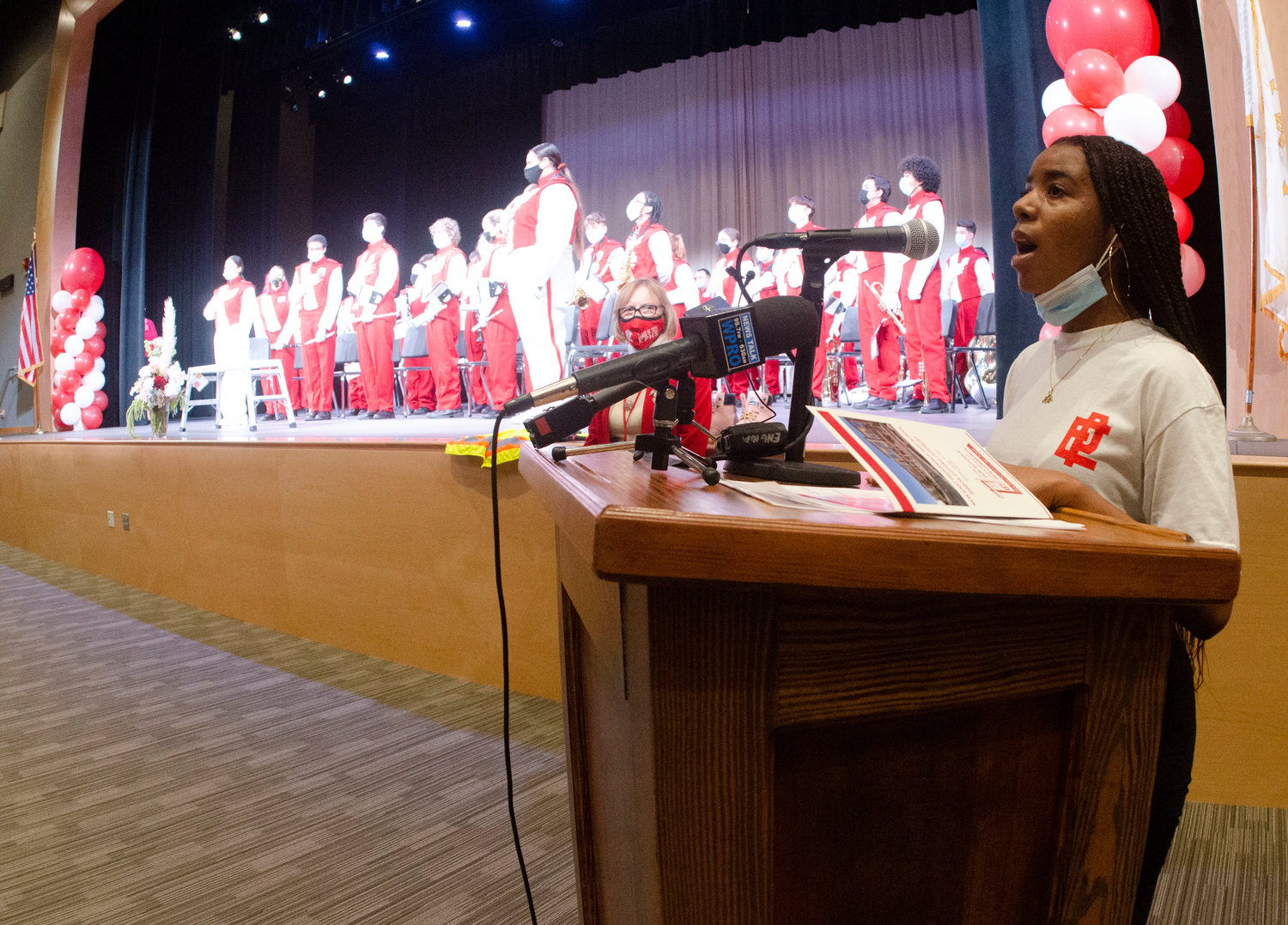 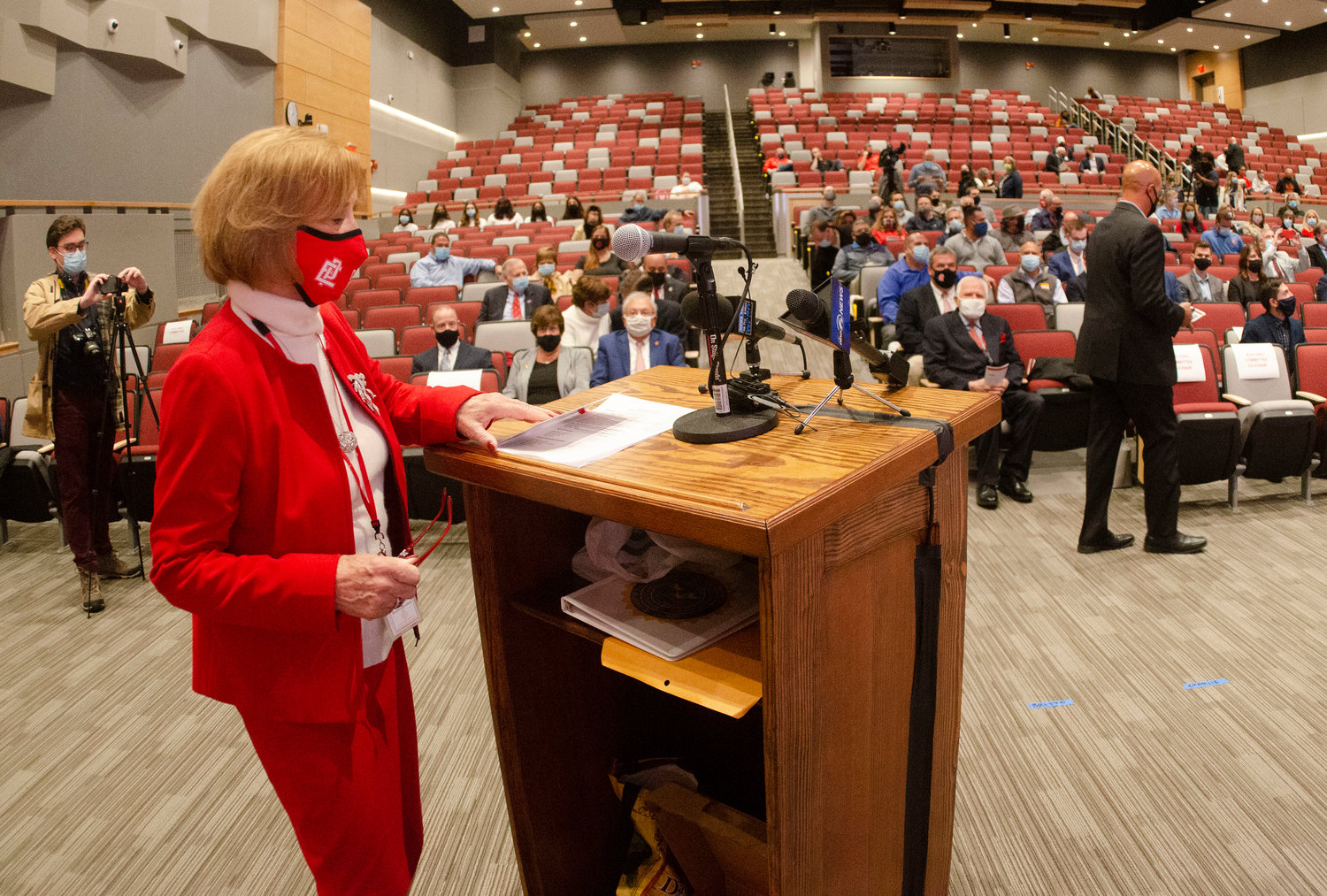 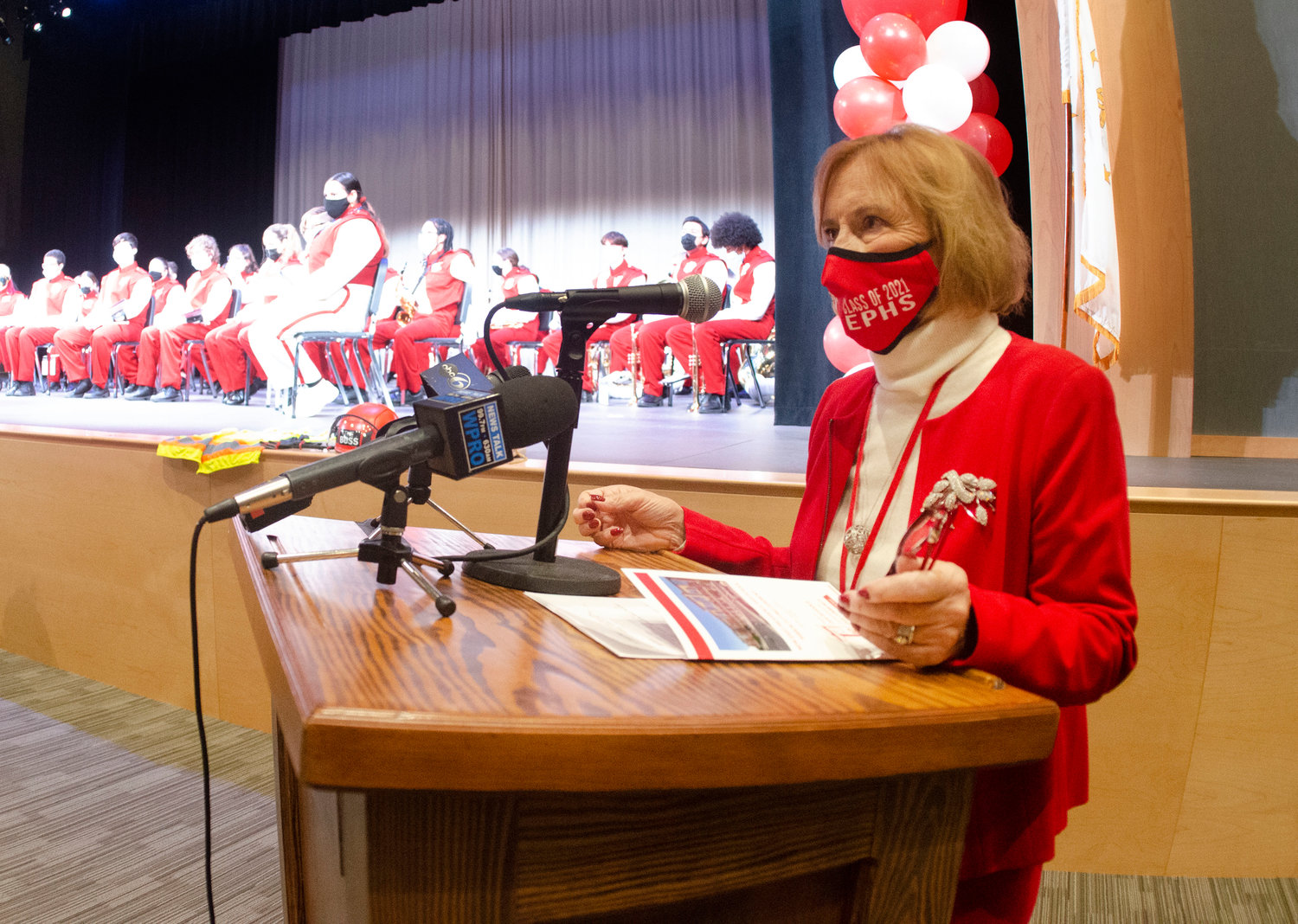 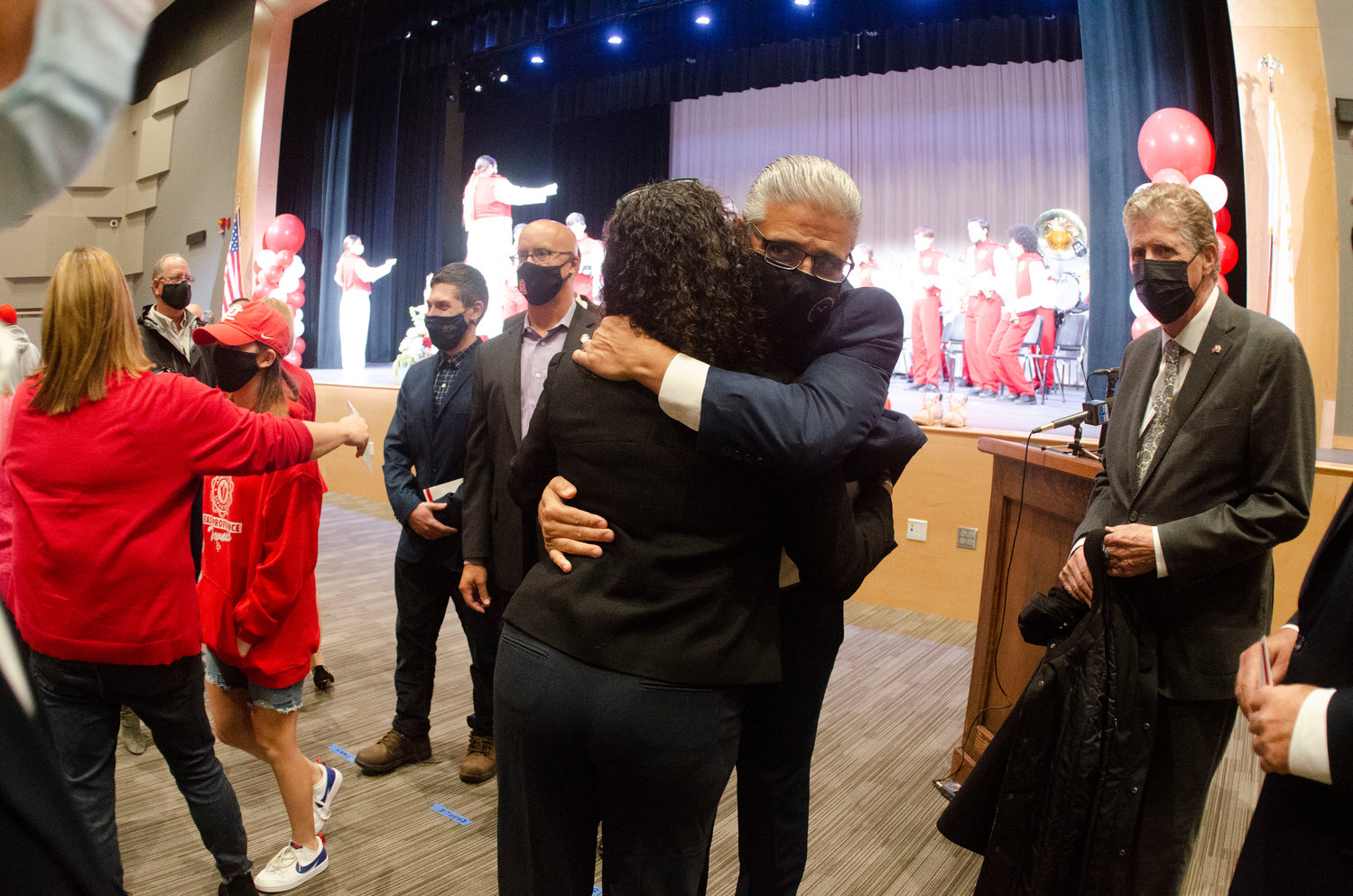 The new EPHS has been open since late summer for the start of the 2021-22 term, the $189.5 million project being on time and under budget.

Monday’s festivities were hindered a bit by the rainy weather, forcing the event indoors into the auditorium. The wetness didn’t dampen spirits, though, helped in part by a performance of the EPHS Marching Band under the direction of teacher Marissa Silva.

The superintendent lauded all who participated in the effort from its planning some three years ago when residents voted in support of November 2018 election bond referendum to its fruition this past August when doors to the facility opened for the first time.

Crowley, who noted EPHS was the first new high school built since North Kingstown constructed its building 26 years prior, said, “I think it’s the prize of the East Coast if I do say so myself.”

Mayor Bob DaSilva reminded the audience city taxpayers, because of state reimbursements, will only be responsible for some $89 million towards the project. The mayor also delivered a plaudit the superintendent’s way during his remarks, saying, “The reality of the situation is the only name she didn’t mention was her own. Superintendent Crowley, you really are an inspiration.”

New EPHS committee member Joel Monteiro, who co-chaired the board with Nate Cahoon, included in his statement the following, “The challenge is being issued. Let this campus be the standard of school buildings in Rhode Island for the sake of every child in the state.”

The last of the local officials to speak, State Representative Gregg Amore, a long-time teacher at the high school and currently the district athletic director, added these final thoughts, “Our job as citizens, our job as teachers, our job as parents, our job as elected officials is to leave the place we are better than how we found it. And this is an example of that.”