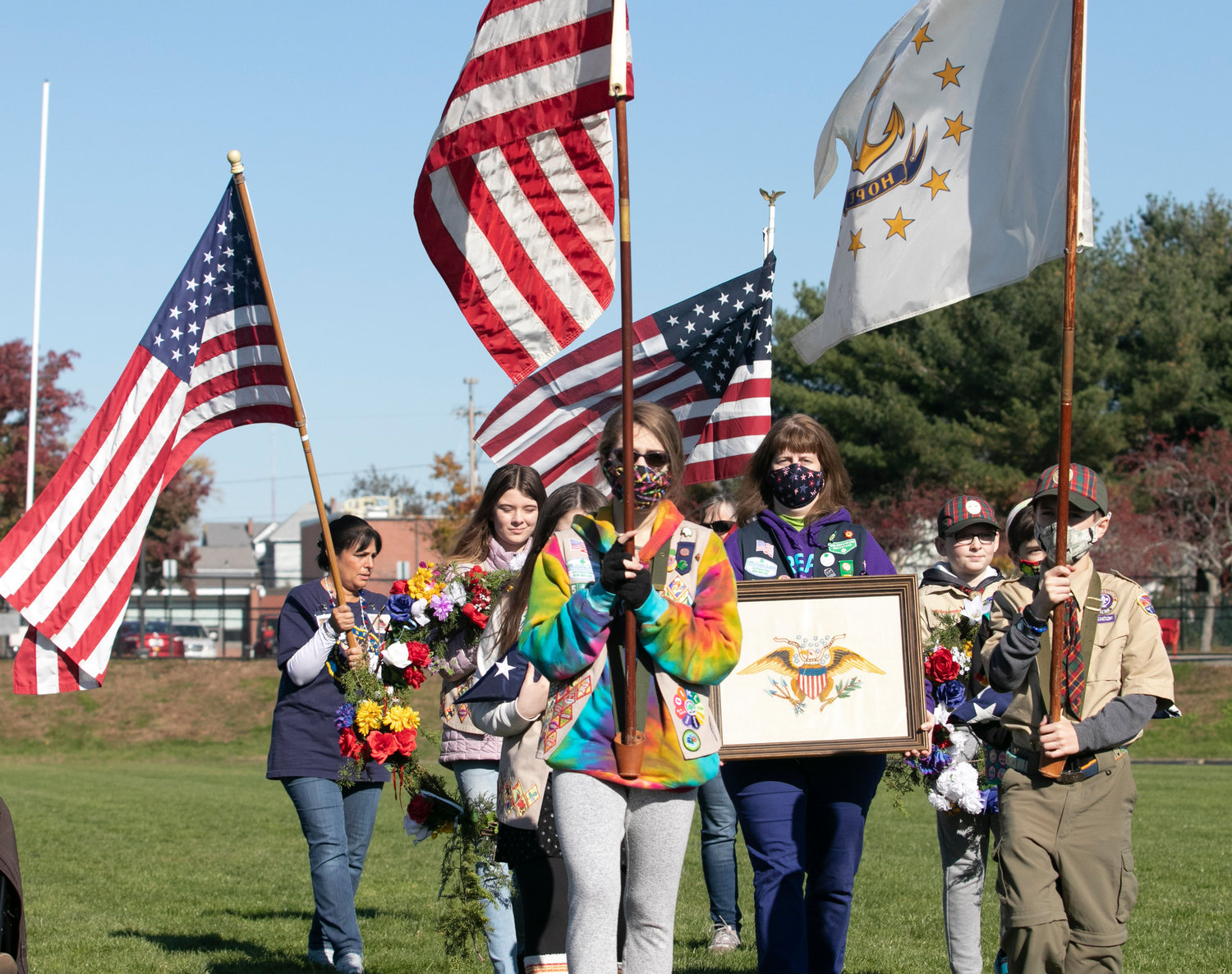 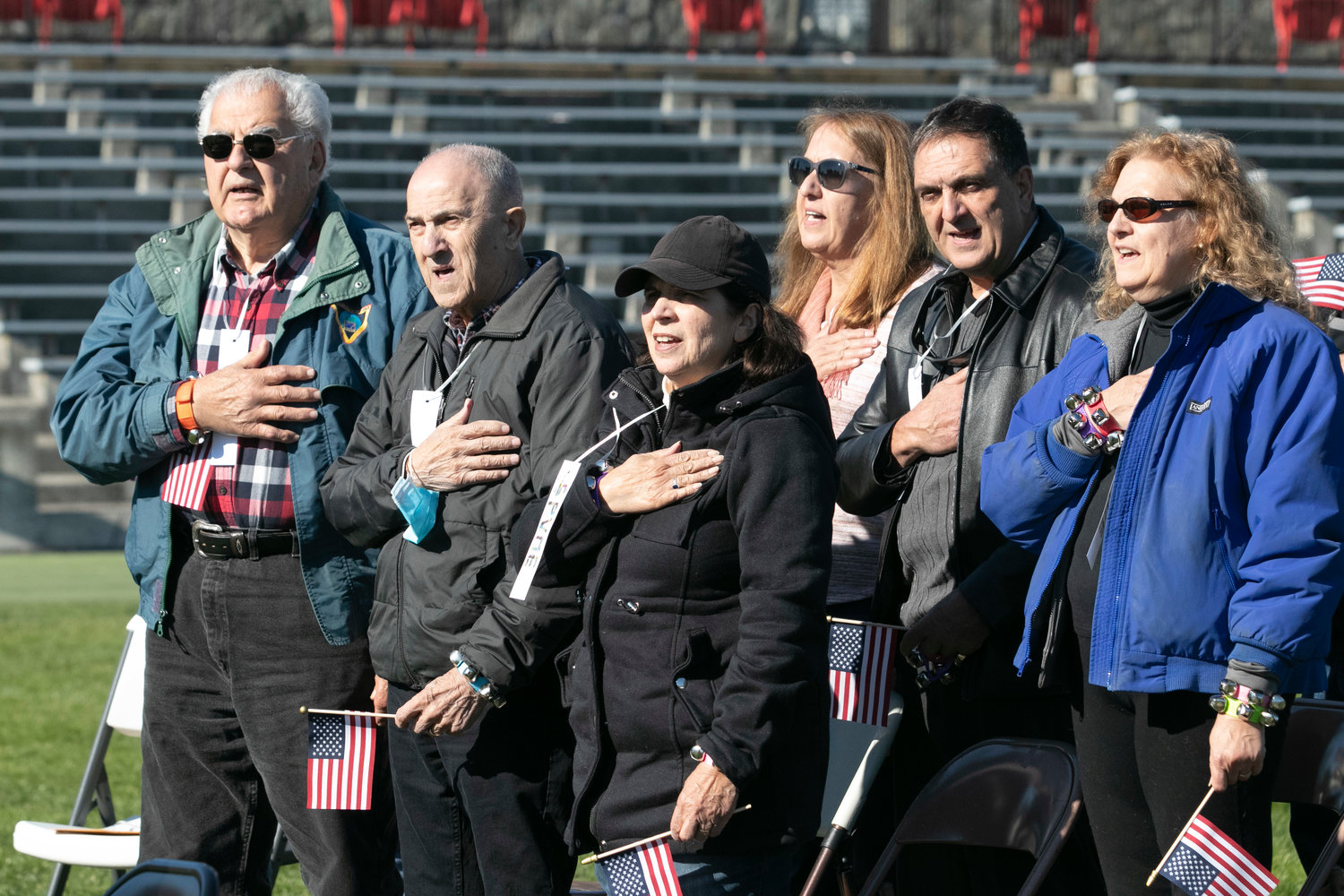 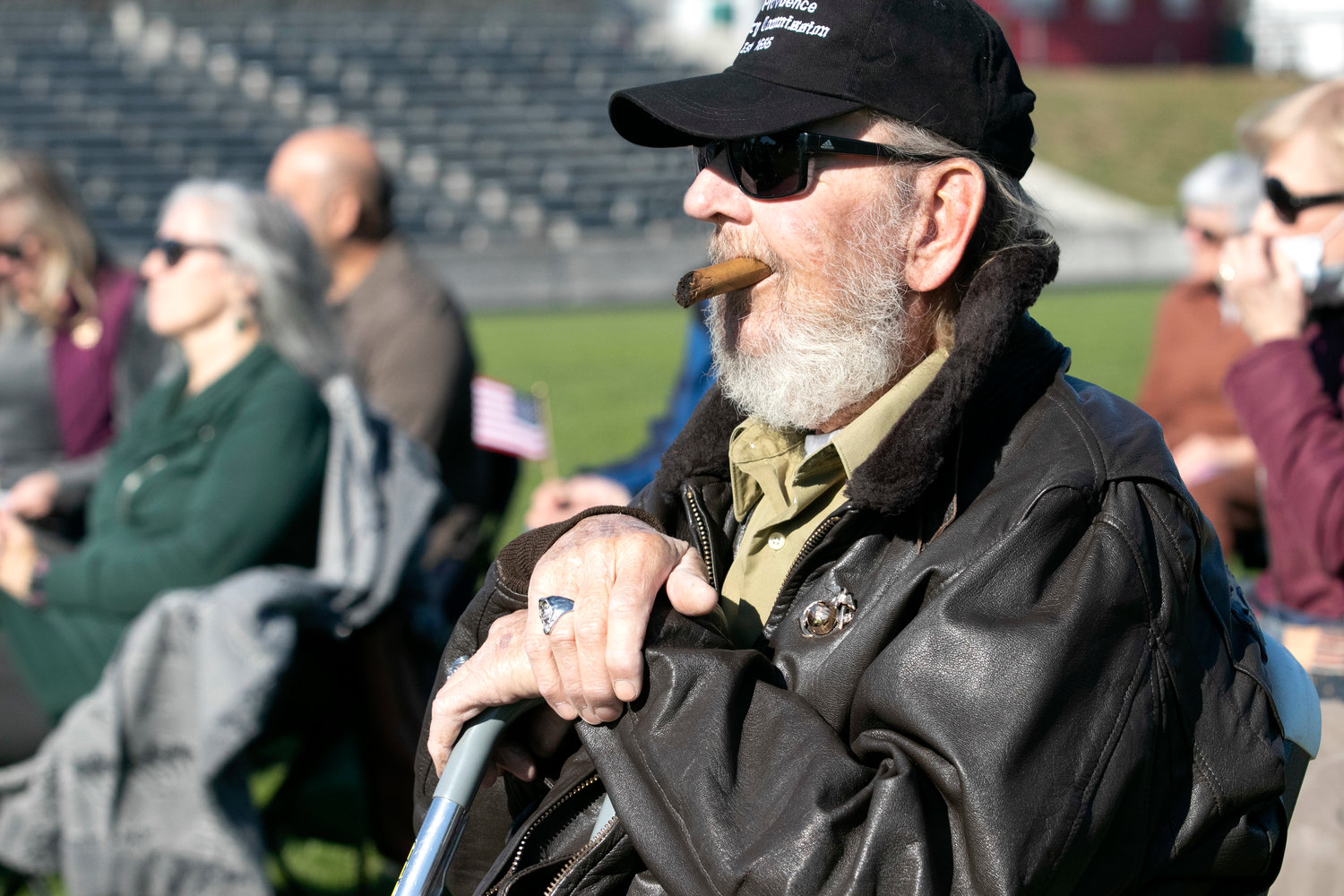 Michael Znosko, a Marine veteran and caretaker of the Little Neck Cemetery in Riverside, listens on during the Veterans Memorial Expressway rededication ceremony Saturday, Nov. 6, at Pierce Memorial Stadium. 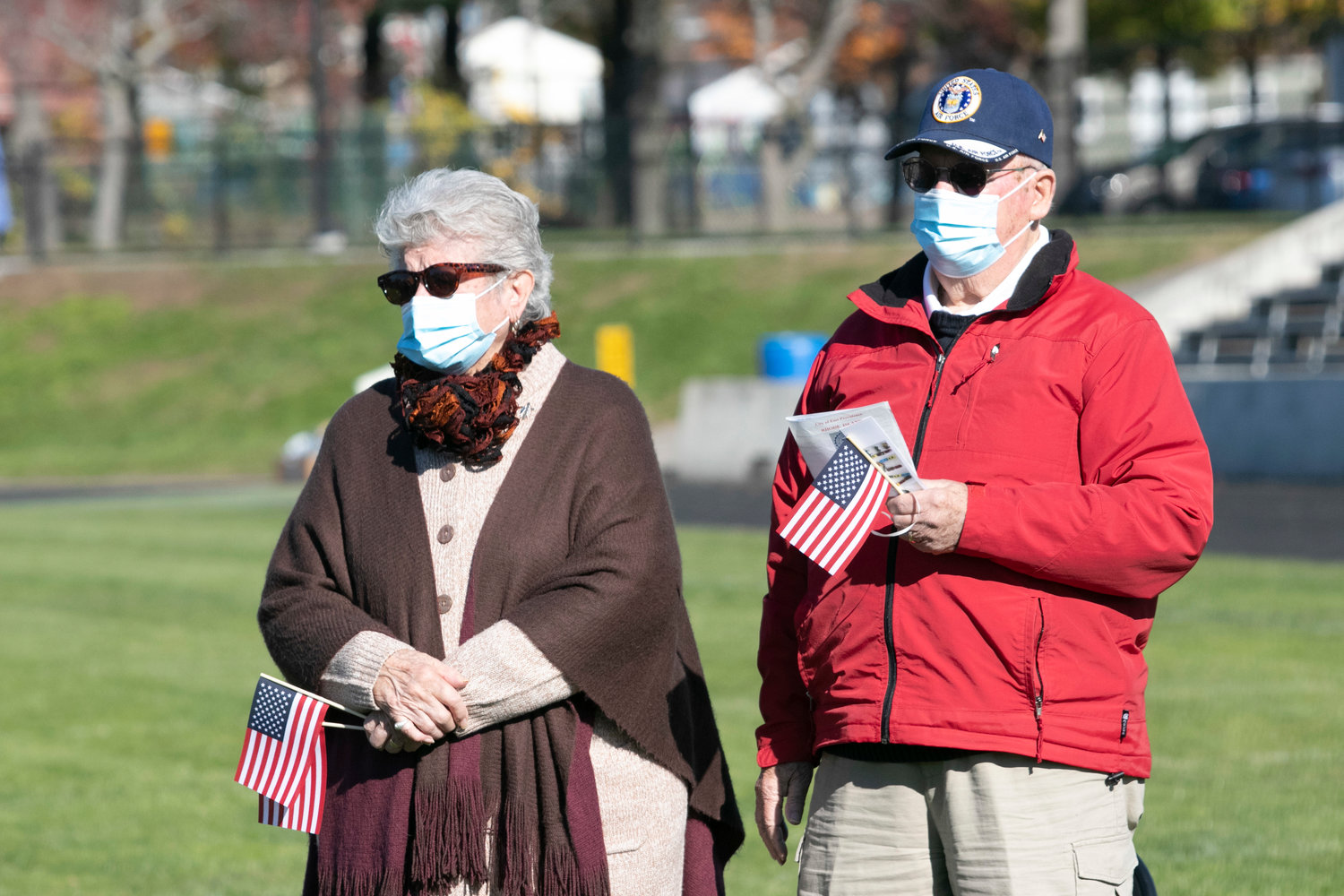 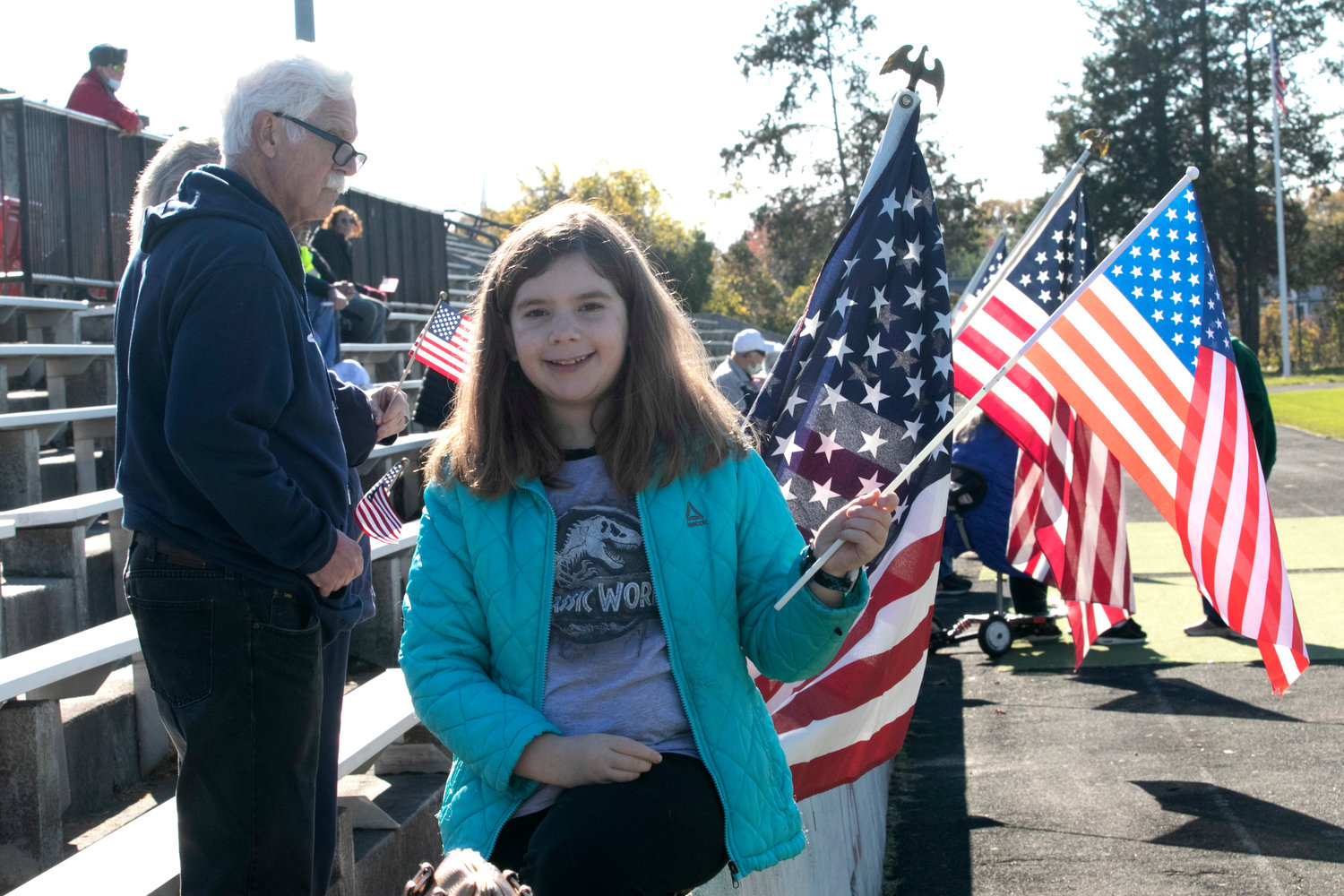 Madeleine Bentley, great grand daughter of Manuel J. Amaral, the eldest of the five Amaral Brothers who all served together in the US Navy during WWII, waves a flag during the ceremony. The Amaral Brothers Bridge on Veterans Memorial Parkway is named in their honor. 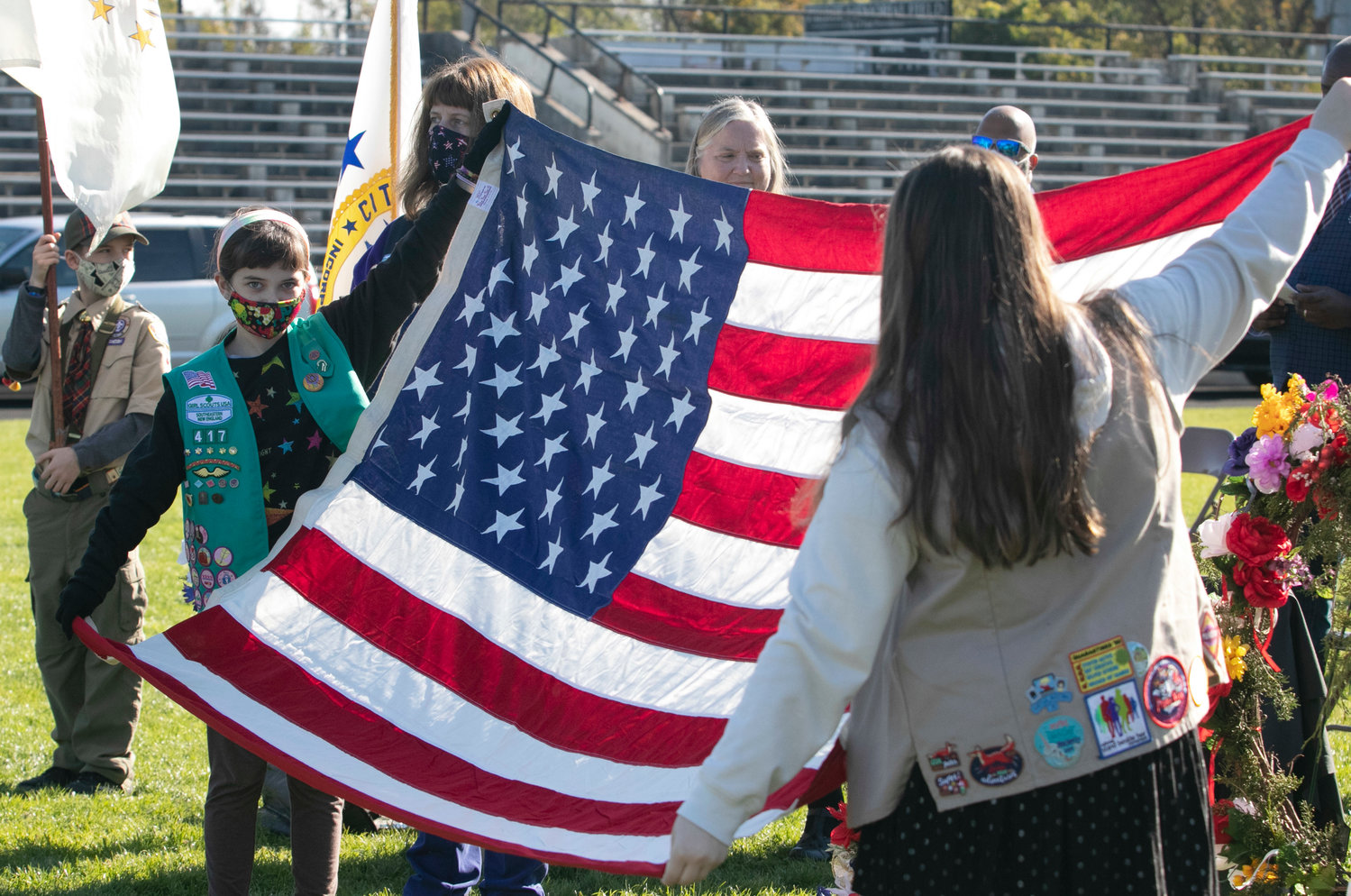 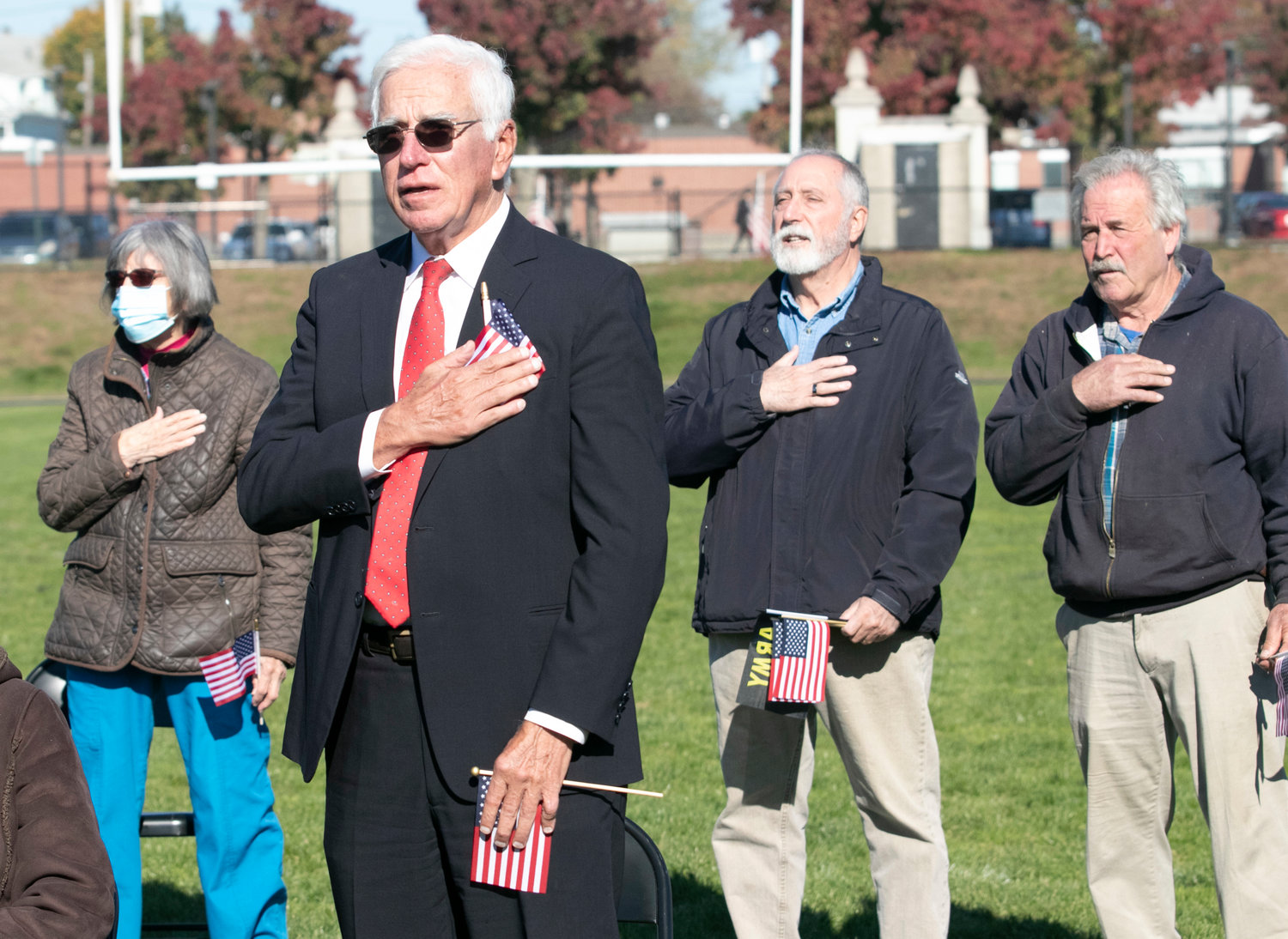 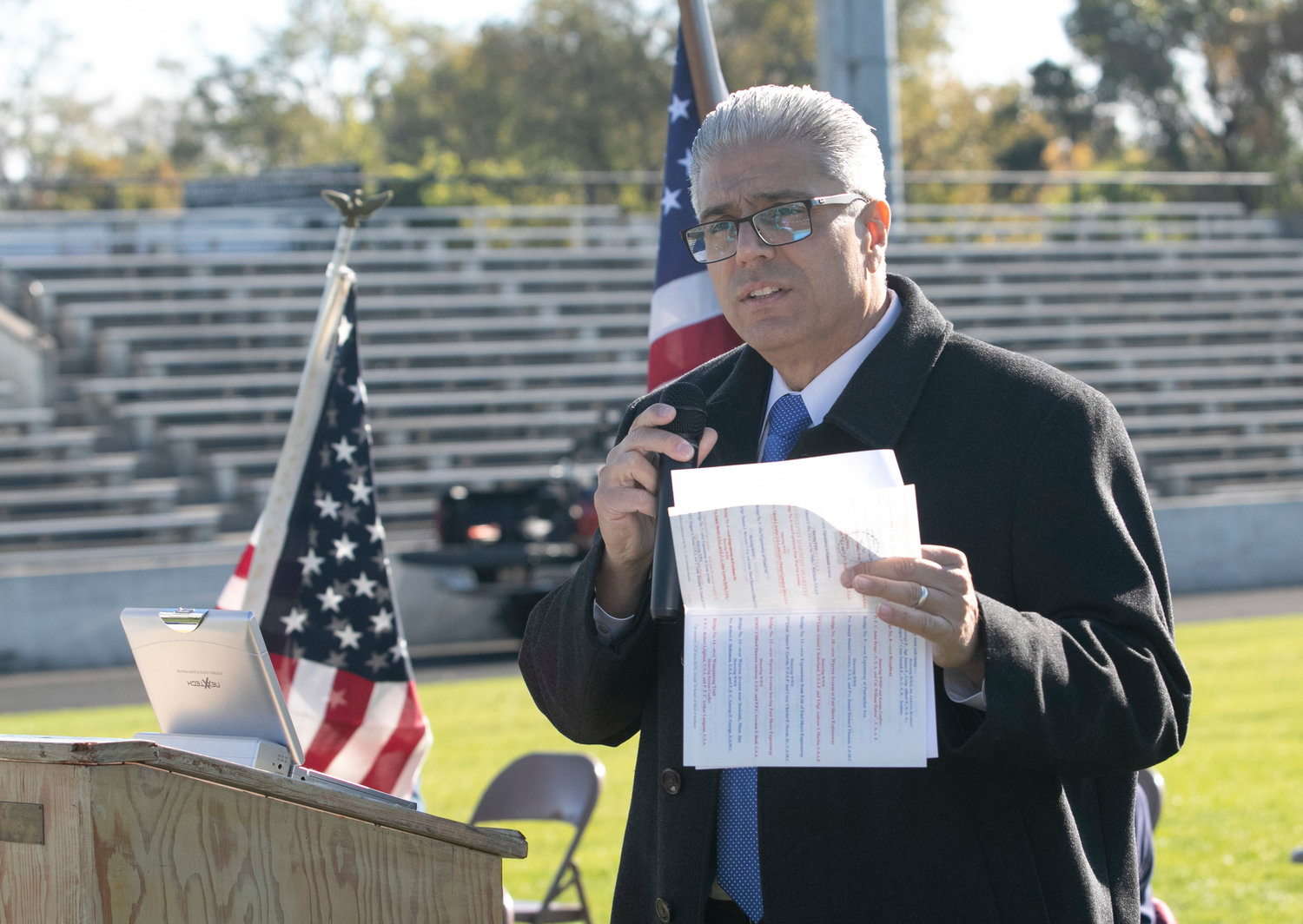 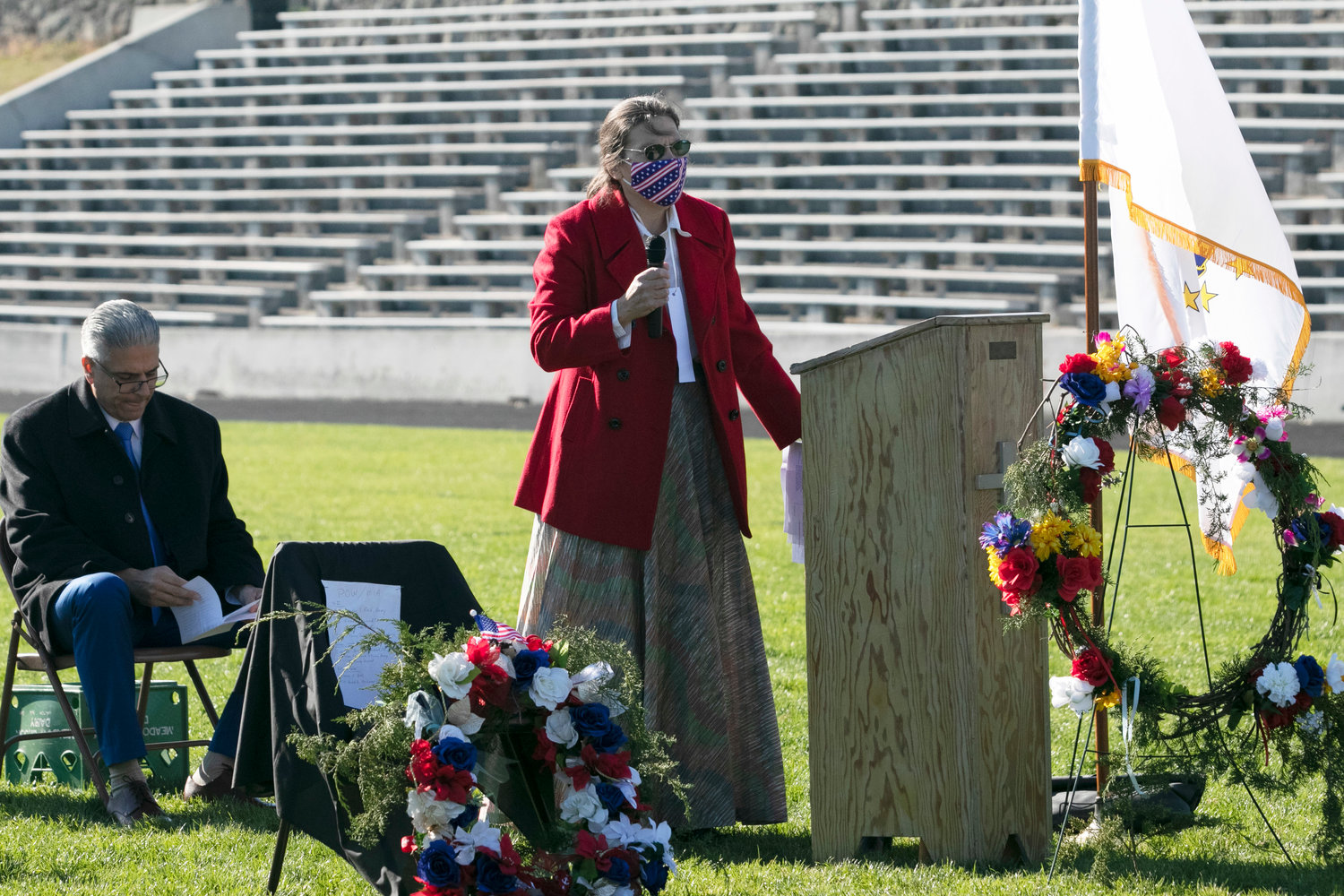 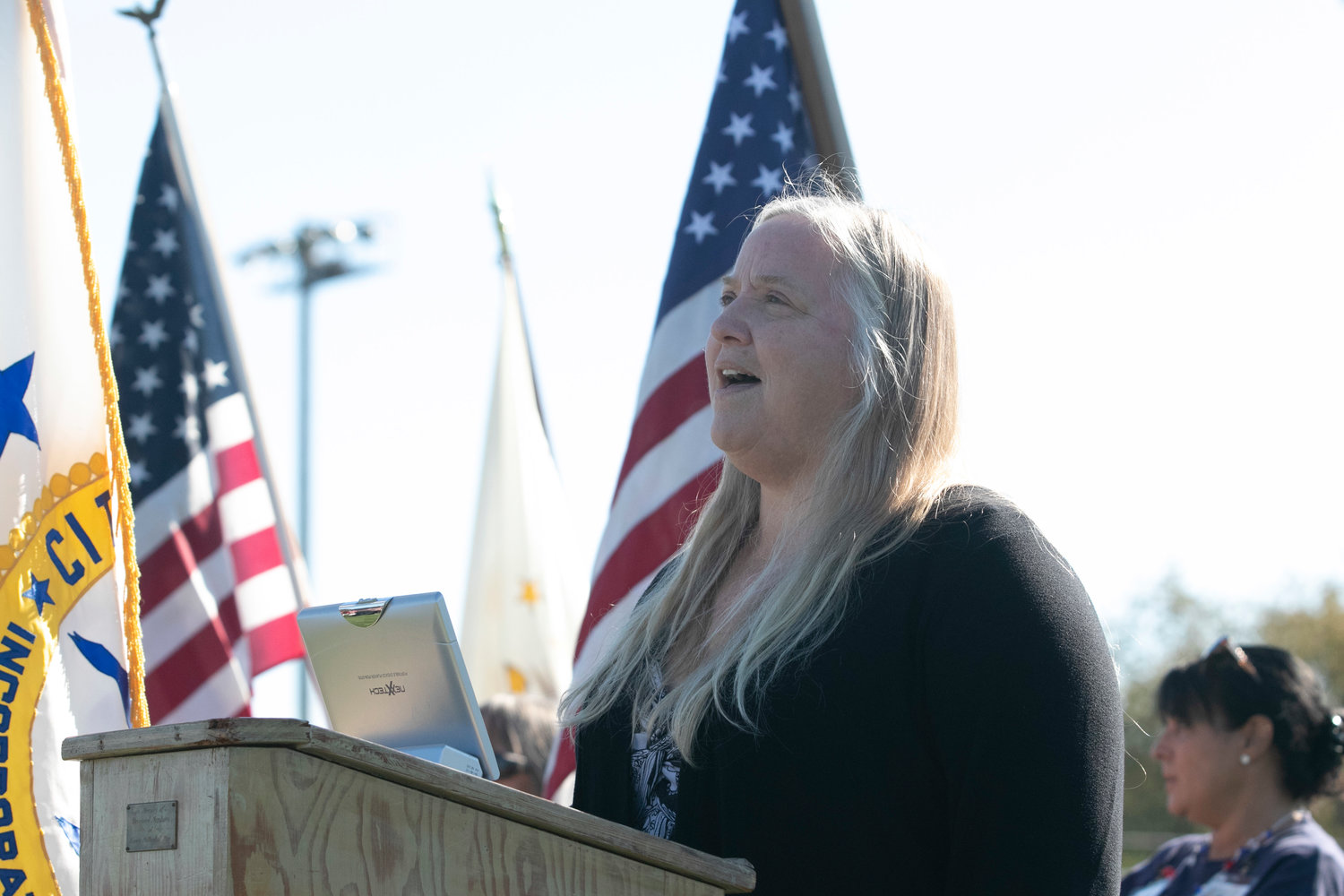 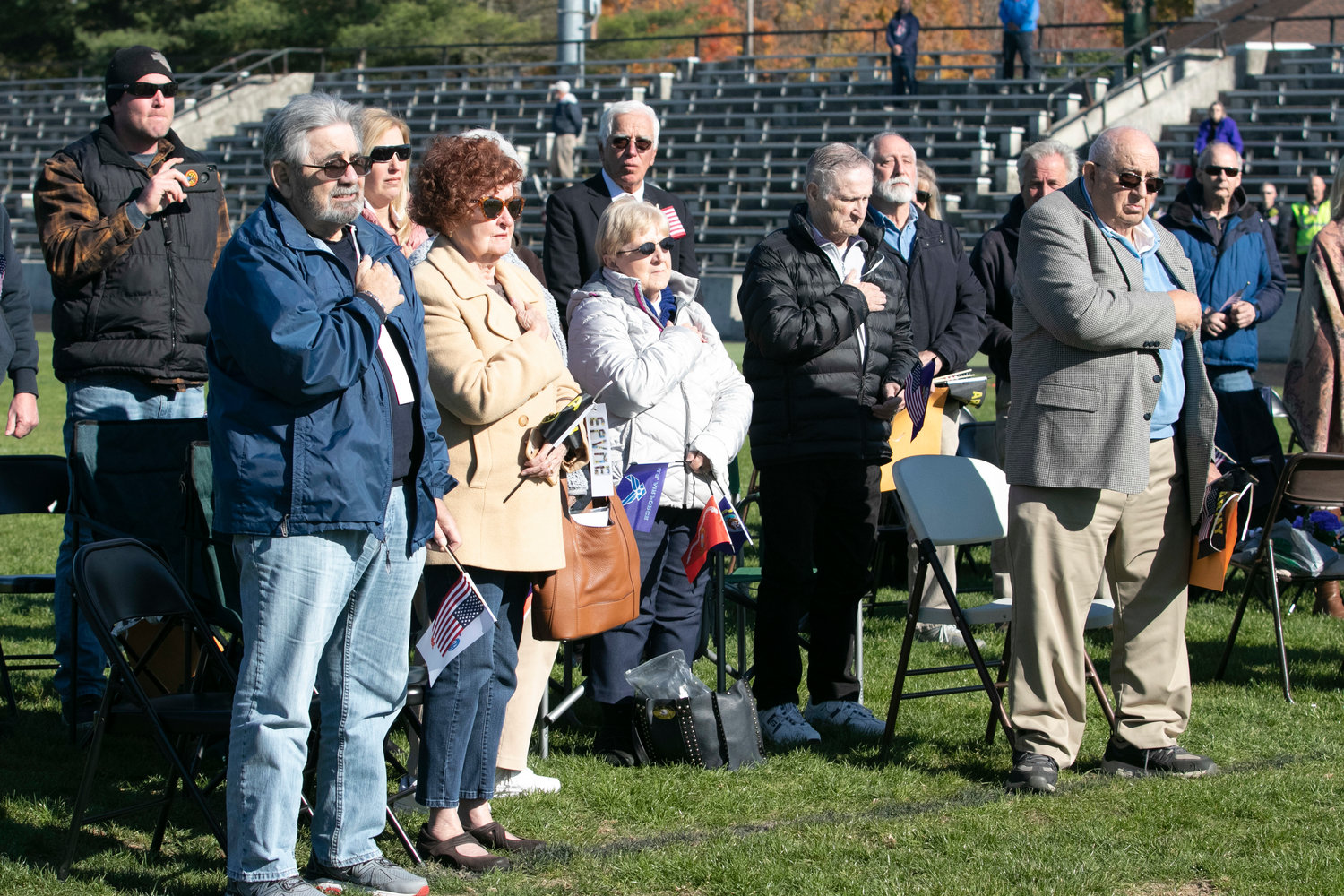 On November 6 at Pierce Memorial Stadium, events featured the formal rededication ceremony, a cannon salute, renditions of the “Star Spangled Banner” and “Taps,” and a meet-and-greet with veterans and military members.

On November 7, events included the dedication of Andrews Brothers' exit off Interstate 195 then a "Visitation" drive-by of EPVME memorial bridge signs between Valley Street and Broadway.

There are four bridges off Warren Avenue under the Veterans' Memorial Parkway and East Shore Expressway ramps. Six cross over north to south as I-195 goes east to west, three are one-way bridges and one bridge is on the Wampanoag Trail. Most of bridges over I-195 have been rebuilt or fortified in recent years and missing memorial signs have been replaced.

Visit sites.google.com/view/epvmer2021 for more details and to view an updated East Providence Military Service Honor Roll, which was also printed in the November 11, 2021 edition of The East Providence Post.