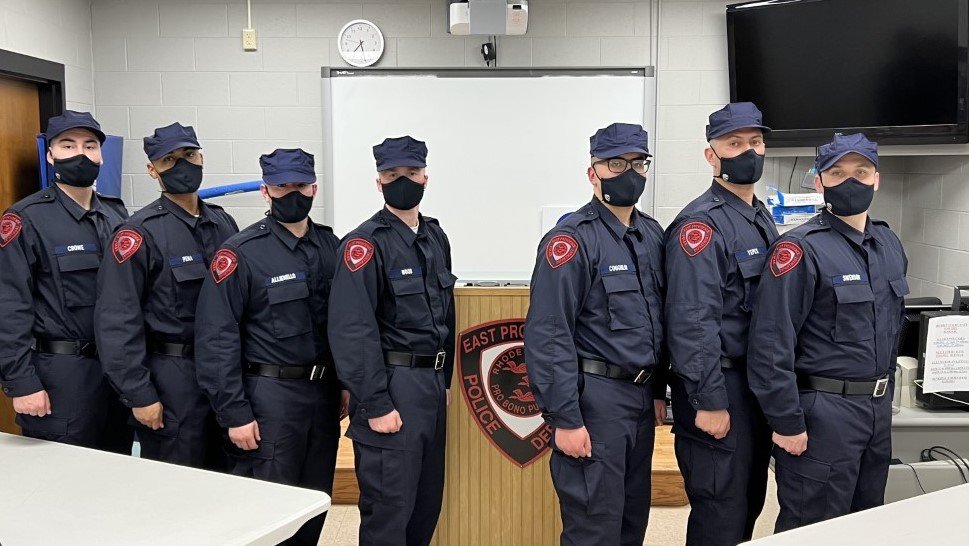 EAST PROVIDENCE — A city man is facing several counts of animal cruelty after the dog he owned was found abandoned in a local marsh and in near-terminal condition with what was later confirmed to be a fatal gunshot wound.

Alan Jesse Dwyer of 95 Frederick St. in Rumford has been charged by East Providence Police with five cruelty acts as well as a simple assault charge.

He was taken into custody on December 3, 2021. Guns he had in possession at time were removed from his house by the arresting officers.

Dwyer was arraigned on January 4. His next court appearance is scheduled for April.

According to the report of Animal Control Officer Will Muggle, EPPD responded a call from a hiker on the Turner Reservoir Loop on December 2 at around 7:20 a.m., telling dispatch about “a crying dog near the water that appeared to be severely injured, and was unable to move,” according to the log.

Officers at the scene put the dog into the cruiser and transported the animal to an emergency vet clinic. Police observed the dog to have an apparent head wound. The female Treeing Walker Coonhound breed had an unregistered microchip which eventually led to the dog's owner, Dwyer. After a necropsy, it was confirmed that the injury to her head was sustained from a gunshot wound.

Social worker hire
The East Providence Police Department will be the first in the state to hire a social worker specifically to assist the needs of its residents and first responders.

According to the job description, the community response social worker will be a civilian position that provides crisis intervention, advocacy, short-term counseling, community outreach and education, and other social service assistance to the East Providence Police Department and the city. The position will report to the chief of police.

“The East Providence Police Department looks forward to having someone on staff that can consistently help us meet the varying needs of those we serve,” EPPD Chief Christopher Francesconi said. “This will allow us to ensure our community receives proper and timely social services when exposed to a traumatic incident or when dealing with a mental health, domestic violence or substance use crisis.”

New recruits
The EPPD will increase its manning by 11 with nine new recruits who have joined the Rhode Island Municipal Police Training Academy and two new lateral hires, existing law enforcement professionals, from other agencies.

“In recent years, recruiting and hiring police officers has become more and more challenging both nationally and locally,” Francesconi said. “Our police department has adopted a philosophy that hiring and recruiting is a constant effort in which all of our officers participate.”

“I am confident that we have laid the foundation for these recruits to thrive in the police academy and become successful East Providence police officers,” Francesconi added.

Arts and crafts scam
The EPPD and the administration of Mayor Bob DaSilva are warning residents about a Facebook scam concerning an alleged arts and crafts fair scheduled to take place in February at City Hall.
The fair is not, in fact, real, nor is the solicitation for a $70 vendor fee.