EAST PROVIDENCE  — Mirroring the process its predecessor followed four years earlier with the proposed new high school at the time, the current council, at its September 7 meeting, … 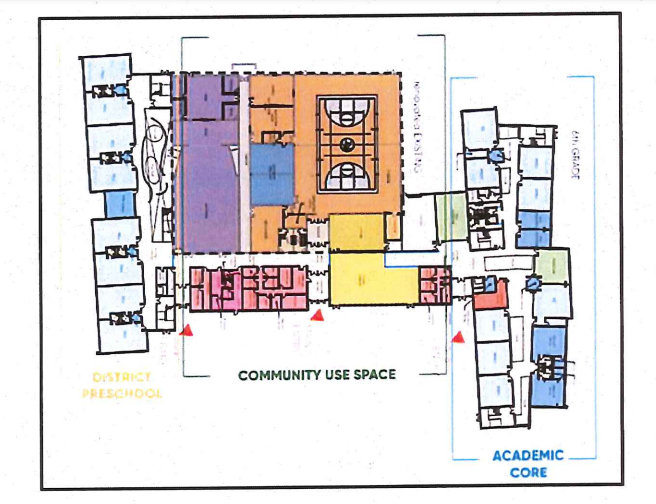 A visual of the proposed improvements at Waddington Elementary. 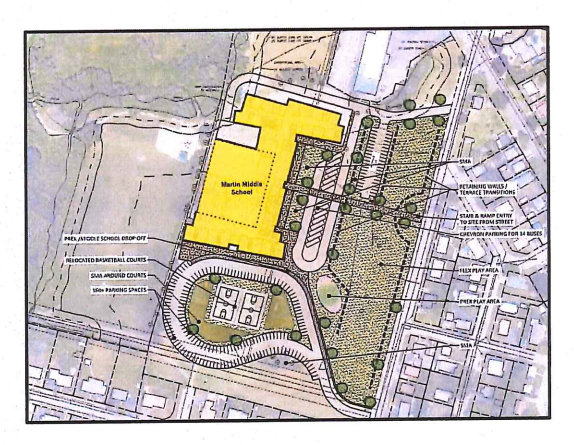 A visual of the proposed improvements at Martin Middle. 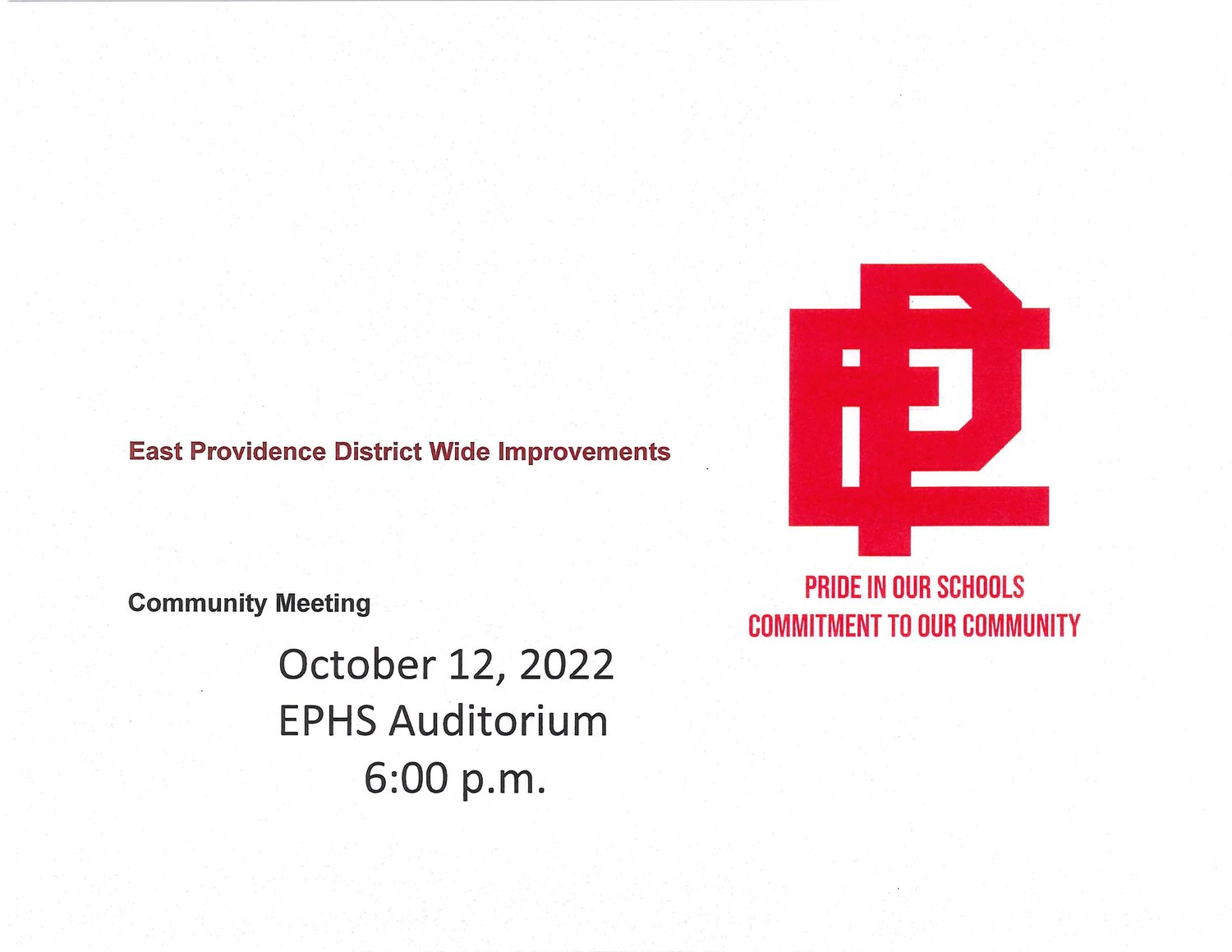 EAST PROVIDENCE  — Mirroring the process its predecessor followed four years earlier with the proposed new high school at the time, the current council, at its September 7 meeting, approved the district’s latest application submission to the Rhode Island Department of Education as it seeks voter support for taking out $148 million in bonds to upgrade buildings throughout the city.

Though the bond money would be spread across schools throughout the district, the majority of the funding would be earmarked for the near-complete reconstruction of the 45-year-old Martin Middle building and for significant renovations of 70-odd-year-old Waddington Elementary.

Superintendent emeritus Kathryn Crowley, who is fulfilling the last few months of her contract as the lead advisor on the renovation projects, Sam Bradner, of the city-based Peregrine Group continuing to as the district’s project manager, and Jim Jordan, an architect with the school-centric firm Ai3, presented the council with the overall aims of the effort.

This fall, the district is asking the voters to support $148 million in bond monies for the projects. The move piggy backs a state-wide ballot question passed by the General Assembly, which would allow RIDE to issue school construction bonds in the amount of $300 million.

Both are similar to those taken back in 2018, when the city backed a request presented to residents seeking their approval to construct a new East Providence High School by issuing $189.5 million in bonds. At that time as well, the state sponsored a referenda item asking for approval of $250 million in school construction bonds. Each item passed locally and state-wide with overwhelming support.

For the new EPHS, the district was reimbursed on some $135 million of the new EPHS project at a rate of 54.5 percent based on the state’s school housing formula plus 20 percent more for energy and accessibility incentives. In the end, the city will pay just short of $90 million of the $189.5 million budgeted for the project.

For this cycle, Crowley told the council prior to its vote two weeks ago the district could receive upwards of $100 million in housing aid towards the projects if the state-wide referendum passes come November. The district would receive a base rate of 48.5 percent and would again seek the 20 percent for incentives.

The council earlier this year backed placing the referenda item for another school bond on the November 2022 election ballot. At the September 7 meeting, the body supported the district’s “Stage 2” plan to RIDE.

The plan was to required to have approval of the council and be submitted to RIDE by September 15. Crowley noted the next step in the process is continuing consultation between local and state officials. RIDE will eventually decided to accept or reject the district’s plan by December of this year.

Bradner gave the council an overview of the submission, the bulk of which pertains to significant renovation and expansion at Martin and Waddington. The effort, he said, started in earnest earlier this year in January and included what he termed “exhaustive analysis” and “walk-throughs” in every building.

The spring time was used for “synthesizing data” and “collaborating” with the interested parties, school administrators, teachers, students, parents, etc. Bradner said since that consultation, plans were “evolving” and ultimately developed more thoroughly throughout the summer to form the basis of the Stage 2 submission.

“We had several productive discussions with the leadership team at RIDE to make sure this project was aligning with their expectations, especially on the two major projects, but also thinking more comprehensively about the other buildings,” Bradner added.

Jordan referred to the complexity of the Stage 2 application. He walked the council through how Ai3 perceived the likely scope and scale of the overarching plan for the district, which included a 1,600-page  proposal.

The gist at the two buildings crucially in need of improvements is to amend the dated “open” classroom concepts of the 1960s and 70s, while also upgrading security measures to modern standards.

At Martin, 170,000 square feet of new classroom space would be built while renovating the existing auditorium, cafeteria and gymnasium. On the north end, a three-story wing is planned to house students in Grades 6-8. On the south end, a fully contained two-story wing is in the offing to house the district’s entire Pre-Kindergarten program. In between would be a new space of administrative offices and communal areas.

The exterior at Martin would also be significantly upgraded, specifically the sloping green space between Brown Street and the existing structure, allowing for new athletic fields and recreational facilities for the

The improvements at Waddington would follow two “tracts.” The first would be the renovation and expansion of 1970s addition as well as installing new HVAC (heating, ventilation and air conditioning) systems and windows.

The second includes building a new and secure main entryway, returning it to Legion Way. If feasible, it would also include construction of a new gymnasium at the end of the so-called 1954 wing and enhancing the exterior grounds and making it ADA (Americans with Disabilities Act) accessible.

As for the rest of the district, projects would be undertaken on a case-by-case basis. An example of the priorities included in the district’s current five-year Capital Improvement Plan, which is another requirement of RIDE, is continuing to remedy handicap accessible stairway and restroom deficiencies while building a new main entry at Orlo Avenue Elementary.

Crowley later told the council of other funding sources potentially available to the district to offset some proposed costs include equity grant money from RIDE, unused cash from other school construction projects. Also, the district could also have access to FFE grants.

As a follow up to the presentation made before the council, district officials and their consultants will conduct a community meeting (see attachment) on the referenda item Wednesday, Oct. 12, at 6 p.m. in the East Providence High School/Elmasian Auditorium.