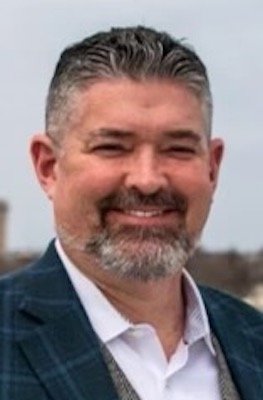 The seat is currently held by Representative Gregg Amore, who previously announced his candidacy for the Democratic nomination for Secretary of State in 2022.

“I have decided to pursue this seat because of my long-standing belief in public service and my love the city I grew up in and its people,” said Dawson. “I also believe I have the skill set, educational background, and experience to be an effective law maker and advocate for East Providence. I have never run for elected office before and I look at this opportunity as a way to give back to the community that has given so much to me.”

Dawson served as a prosecutor for the Rhode Island Attorney General’s office for over twenty years where he served as both Deputy Chief of the Criminal Division and Chief of the Narcotics and Organized Crime Unit. Dawson prosecuted numerous high-profile and complex criminal cases as a prosecutor and was the Attorney General’s liaison to the East Providence Police Department for sixteen years. He is currently a practicing attorney, specializing in litigation, with the firm of Lynch and Pine and the current President of the Rhode Island Association of Criminal Defense Attorneys.

“During my career I have been fortunate to have built a reputation as a hard worker who is both fair minded and accountable,” said Dawson. “I don’t believe that politics has to be as polarizing as it has become, and while I have a strong belief in social justice, helping the most vulnerable among us, providing for a quality education for our children, and making sure every Rhode Islander can pursue their economic dream, I know that government works best when we talk to and not past or at each other.”

A graduate of East Providence High School, the University of Rhode Island and New England School of Law, Dawson has committed his entire career to service in the justice system. He was also a Probate Judge in East Providence and currently serves on the City’s Personnel Board.

Dawson, 53, is a fourth generation “Townie” and is married to the former Bethany Lima. They have two daughters, Kelsea and Abigail, who are both college students. Dawson has lived his entire life in East Providence in both the Riverside and Kent Heights neighborhoods. He has lived in the Terrace section of Riverside for the past 20 years.

“I understand what an important responsibility it is to ask people in your community to allow you the opportunity to represent their interests at the State House,” Dawson added. “I am humble enough to know that I do not have all answers to the many challenges that face us. I am smart enough to know that listening to my neighbors is the best way to learn about what they feel are the most important issue going forward. I am eager to spending a great deal of time from now until the September 2022 primary engaging the citizens of District 65, listening to their concerns, ideas and suggestions and sharing my ideas with them.

“I want to thank Representative Gregg Amore for his exemplary service to our community. He has been the model of what a dedicated public servant should be, both as a teacher and a State Representative. If I am fortunate enough to be elected, I fully intend to continue the great work he has done for East Providence. I wish Gregg well in his run for Secretary of State and offer him my full support.”