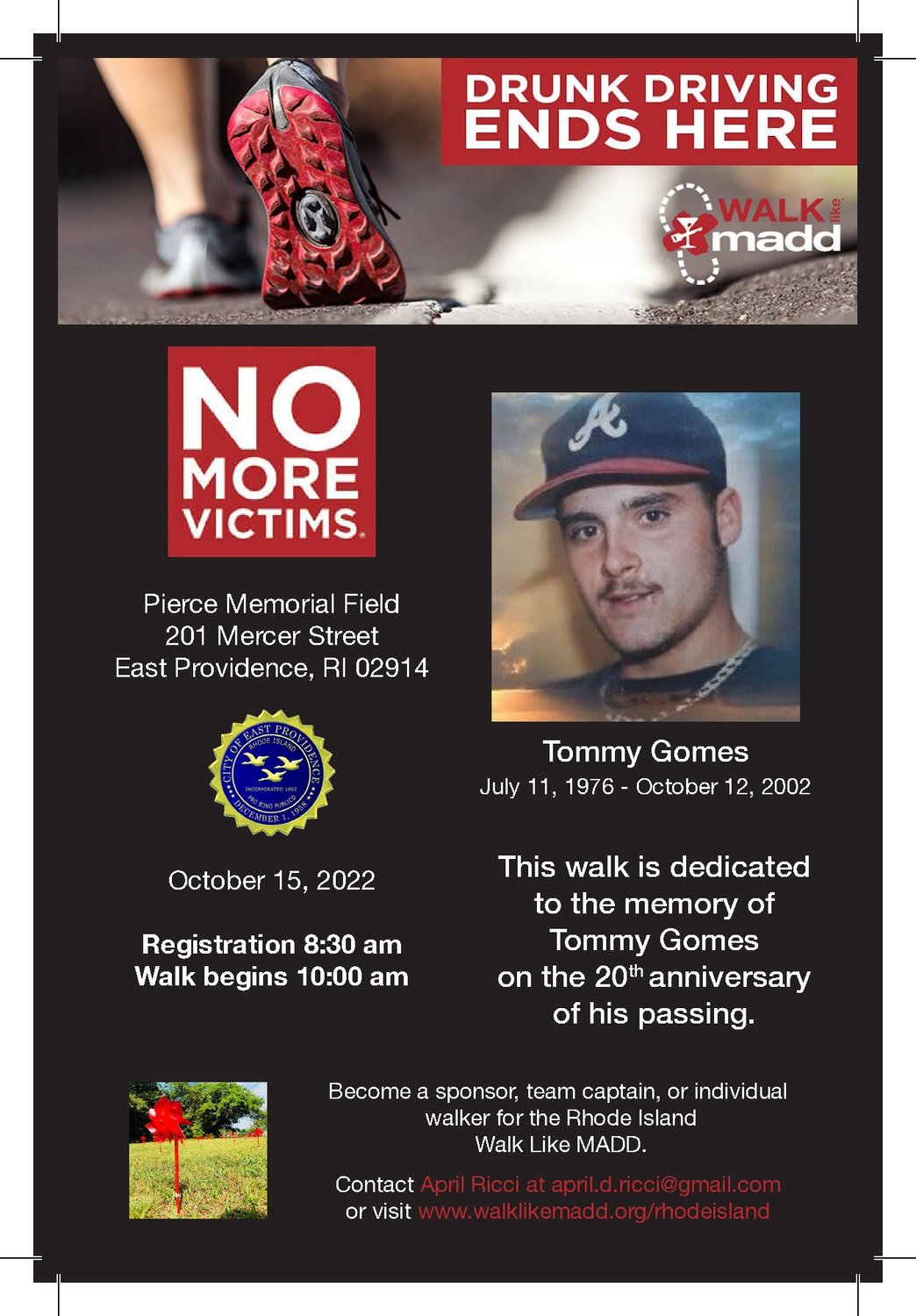 The 2022 edition is dedicated to the memory of and marks the 20th anniversary of the passing of city resident Tommy Gomes, who was tragically killed in a drunk driving incident on October 12, 2002. Gomes was only 26 at the time of accident and the father of a nine-year-old son, Tyler.

According to his fiancee and the Tyler's mother, April Ricci, Gomes loved baseball, skiing and golf. He was a player in the East Providence Central Little League as a child and volunteered as an umpire when he became an adult. Gomes was a union carpenter with Local 94.

In a piece originally published on the MADD Rhode Island website, Ricci reollected she and Gomes had been a couple since they were both 15 and after meeting in what was then called junior high school. They would eventually have their son and planned to marry before tragedy struck.

Gomes was riding in the passenger seat of his friend’s car when the driver, who had been drinking, sped down a road, missed the turn and crashed head-on into a median. Gomes suffered a fatal head injury. There were three people in the car that morning, all of whom survived.

Unknowingly in search of something missing in her life, Ricci wrote that she found her way to the local MADD offices and eventually became coordinator of the “Walk Like MADD” event. That was in 2016. Since, a second walk fundraiser has been added.

In her words, the events have “become a reunion of sorts for some of us and a first, welcoming step for others. It’s a great feeling to help raise funds so MADD can keep offering needed services throughout our state. The Walk like MADD events have help fill some of the void in my life since the loss of Tommy.” To become a sponsor, a team captain or to register as an individual contact April Ricci at april.d.ricci@gmail.com or by visiting www.walklikemadd.org/rhodeisland.