Two members of the council opt for virtual FTM

Two members of the council opt for virtual FTM 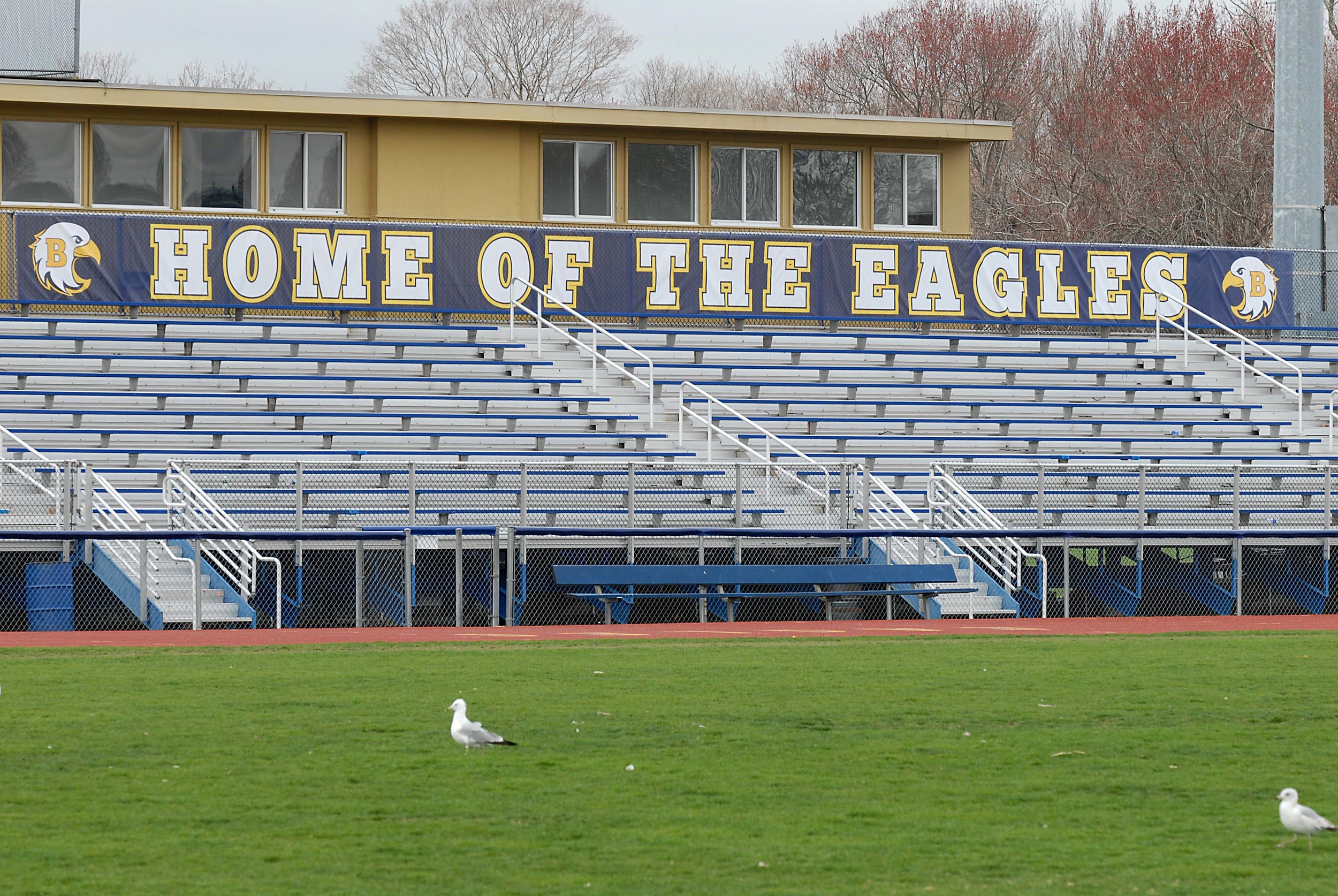 The town council voted to hold this year's financial town meeting outdoors at Victory Field at the high school.
Posted Wednesday, June 10, 2020 10:50 am
By Josh Bickford

All the council members seemed to be in agreement that their options were limited, and that both an outdoor FTM and a virtual meeting had problems. (The FTM has been delayed because of concerns surrounding the coronavirus.)

In fact, Mr. Boyajian said he did not like either option particularly. He said he spoke with some older Barrington residents to gauge their comfort level with attending an outdoor financial town meeting, one that would be held with social distancing requirements in place, as attendees would be wearing face coverings and would sit spread out across Victory Field at the high school and in the bleachers.

Mr. Boyajian said the people he spoke to said they felt comfortable with the meeting. However, Mr. Boyajian was quick to mention that an outdoor FTM in July could mean warm temperatures during the daylight hours or battling mosquitoes if the meeting was to be held under the lights. He briefly referenced the possibility of a meeting held earlier in the morning.

Ms. Hearn cautioned against an in-person FTM. She said this state would not be out of the "Covid-woods" by July, and if there was technology available to hold a virtual meeting than the town should opt for that. She said that unfortunately, now was "Zoom time," referencing the popular platform used to host online meetings.

Ms. Weymouth questioned whether there was a limit on the number of people who could attend a single Zoom meeting. She questioned what would happen if a large group of residents wanted to log in to an online FTM.

Mr. Boyajian said Zoom would not likely be the platform used for this type of meeting, although there were other options available. He said corporations have been holding online stockholder meetings where people have the ability to vote on issues. Voting would be a requirement for any FTM, officials said.

Mr. Boyajian cautioned that there could be other problems, however, with an online FTM. Specifically, he was concerned that some residents might not be able to navigate the technology while other households might face limited voting if there were not enough devices or phone lines to use.

Mr. Boyajian also referenced a return to large outdoor gatherings that have increased over the last couple weeks.

Last weekend, thousands of people attended outdoor events across the state showing their support for the Black Lives Matter movement. Approximately 10,000 people attended an event in Providence on Friday, and in Barrington on Sunday, more than 1,000 people lined both sides of County Road for a silent protest.

Mr. Boyajian said it appeared that people are comfortable with the idea of outdoor gatherings.

Some residents spoke during the debate:

• Ken Block said he was in favor of a virtual FTM, which would be a move toward better access and participation for the public. He said the current in-person FTM format is archaic and not great for democracy.

• Ann Strong said she preferred an in-person financial town meeting. She said she did not necessarily disagree with Mr. Block, but said a hybrid of the two meeting types might be a good option.

• Cynthia Rosengard said she liked the virtual FTM idea. She also questioned how many people could safely fit on the football field and surrounding bleachers. An estimate of 435 had been voiced, and she wondered what officials would do if more residents turned out.

• Pam Lauria said an overflow area could be established for an in-person outdoor meeting, similar to how the overflow rooms are set up for normal indoor FTMs.

• Steve Primiano, the chairman of the town's committee on appropriations, said he had attendance figures for all Barrington FTMs since 1984, and only three times had more than 1,000 people turned out.

• Lisa Lowenstein said people are exhibiting quarantine fatigue right now, but she cautioned against an in-person FTM. She said Ms. Hearn's idea of an online meeting was better.

• Kim Jacobs said she had concerns about holding the meeting online.

• Richard Staples, a member of the committee on appropriations, said he liked the idea of setting up pre-registration for the FTM, adding that wifi hotspots could be established at the field to allow for quicker voter check-in at the gates.

Mr. Brier made a motion to hold a virtual FTM, and Ms. Hearn seconded it.

There was a brief discussion, and then the vote, where Mr. Boyajian, Mr. Carroll and Ms. Weymouth voted against the motion.

A short time later Ms. Weymouth made a motion to hold an outdoor FTM. Mr. Boyajian seconded it, and during the vote Mr. Carroll sided with them. Mr. Brier and Ms. Hearn voted against the outdoor meeting, but at 3-2, the motion passed.

Barrington Town Manager Jim Cunha said an early estimate for an online FTM was $12,000, while a typical financial town meeting costs about $6,255. Mr. Cunha said he believed the outdoor FTM would cost about the same as a regular indoor meeting.