Katharine (Kathie) Hall Preston of Westport Point, Massachusetts, died on April 26, 2020 at age 90 after a brief struggle with Covid-19.  She was born in Northampton, Massachusetts, on February … 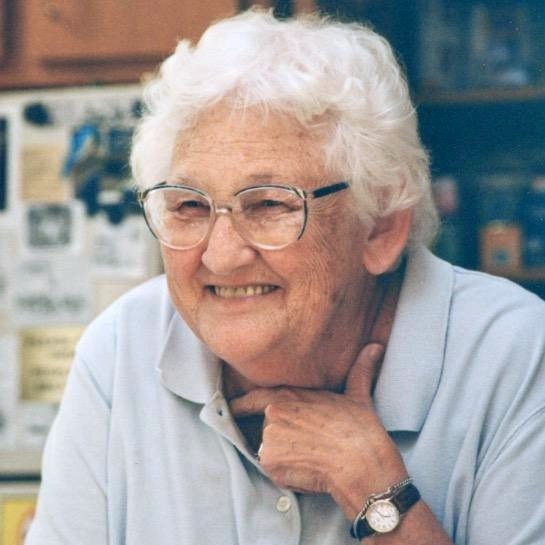 Katharine (Kathie) Hall Preston of Westport Point, Massachusetts, died on April 26, 2020, at age 90 after a brief struggle with Covid-19.  She was born in Northampton, Massachusetts, on February 15, 1930.  She graduated from Wheaton College in 1951, and, in November, 1954, she married John Preston. They had a long and very happy marriage full of shared interests, laughter, travel and love until his death ten years ago.

She spent her entire life either living or spending time in Westport Point.  Growing up sailing and spending time at or near the water, she had an abiding love of the river and the natural world.  One of her special gifts was her ability to find wonder in almost anything, but most particularly nature. No matter what was going on, she could find something beautiful to appreciate and comment on.

Humor played a central role in her life. One of her last conversations with her daughters reflected these gifts.  Not only did she comment on how beautiful the ambulance ride had been in the early morning, but she laughed while commenting on the differing driving skills of the various folks moving her stretcher.

She was an avid birder and an environmentalist, active in the Westport River Watershed Alliance during its early years. She and her husband spent many hours and days in U.S. Wildlife Refuges, National Parks, and other wilderness areas enjoying bird watching and savoring the beauty around them. She loved the time they spent together (near dolphins, manatees and with a visiting blue heron) in a condo on the water in Vero Beach, Florida.  When she could no longer get out to see the birds, she surrounded herself with bird feeders, so the birds could visit her.  She treasured her years traveling with her husband, with a particular love of England and Scotland (and British comedies).

Music was a central part of her life.  She was a music major and founded The Whims, an a cappella group at Wheaton. She taught music for several years after college, and was often found playing the piano, getting lost listening to music, organizing sing-alongs, attending evensong and playing duets with her husband.  Some of her happiest moments involved gatherings of friends and family to sing, whether part of a full moon sail to the Westport harbor, singalongs during her childhood, or her annual Christmas caroling party.  Music always stirred a special part of her soul.

Family, immediate and extended, and family history were very important to her.  She kept contact with cousins around the country, gathered information about family history, and was a loving daughter, mother, aunt and cousin.  She accepted and loved her lesbian daughters and their spouses without reservation.  She stayed in touch with friends from every part of her life, with her closest friends becoming part of her extended family.

She was politically active throughout her life, both as a participant herself on local committees and boards and as an advocate for liberal and environmental causes.  Recipients of her annual holiday card were often blessed with quotes about the wonders of the natural world and the dangers and opportunities in the political one.

Kathie leaves two daughters, Elizabeth (Liz) who lives in Westhampton, Mass., with her spouse, Cindy White; and Anne who lives in Seattle, Wash., with her spouse, Kathleen Conroy. She also leaves nieces and a nephew, their children, many close cousins, and a wonderful group of women who cared for her in her final years.  Her smile, sense of humor, and ability to see beauty in the smallest things will be greatly missed.

A private burial and memorial service will be held later in the summer.

Arrangements are under the direction of the Potter Funeral Home, 81 Reed Rd., Westport.