LITTLE COMPTON — An institution known well beyond the bounds of this seaside farming community is closing its doors. Walker's Roadside Stand, a colorful produce stand that was open from June … 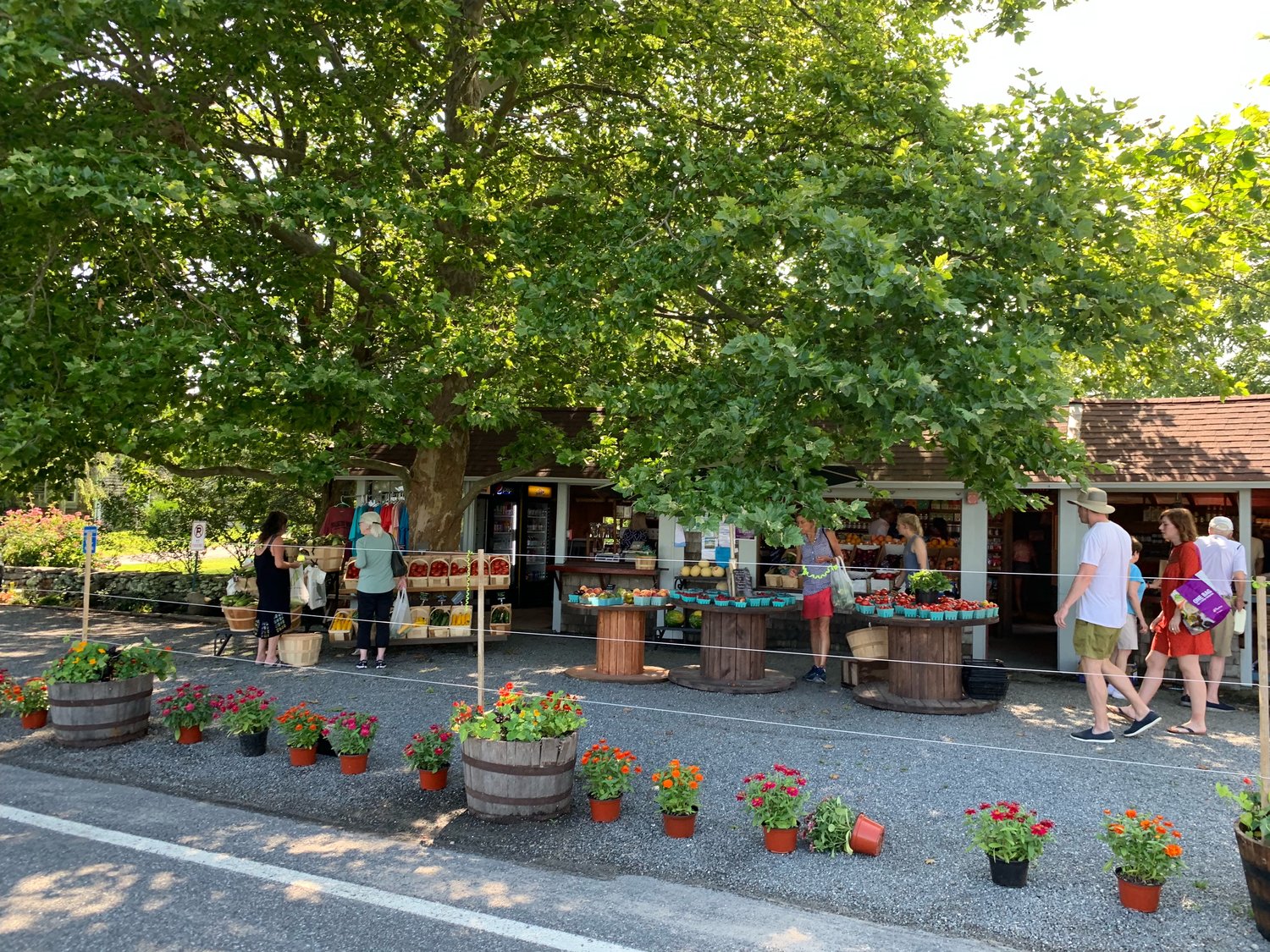 Walker's Roadside Stand, a fixture in Little Compton for decades, has closed for business amid health and skilled labor difficulties. 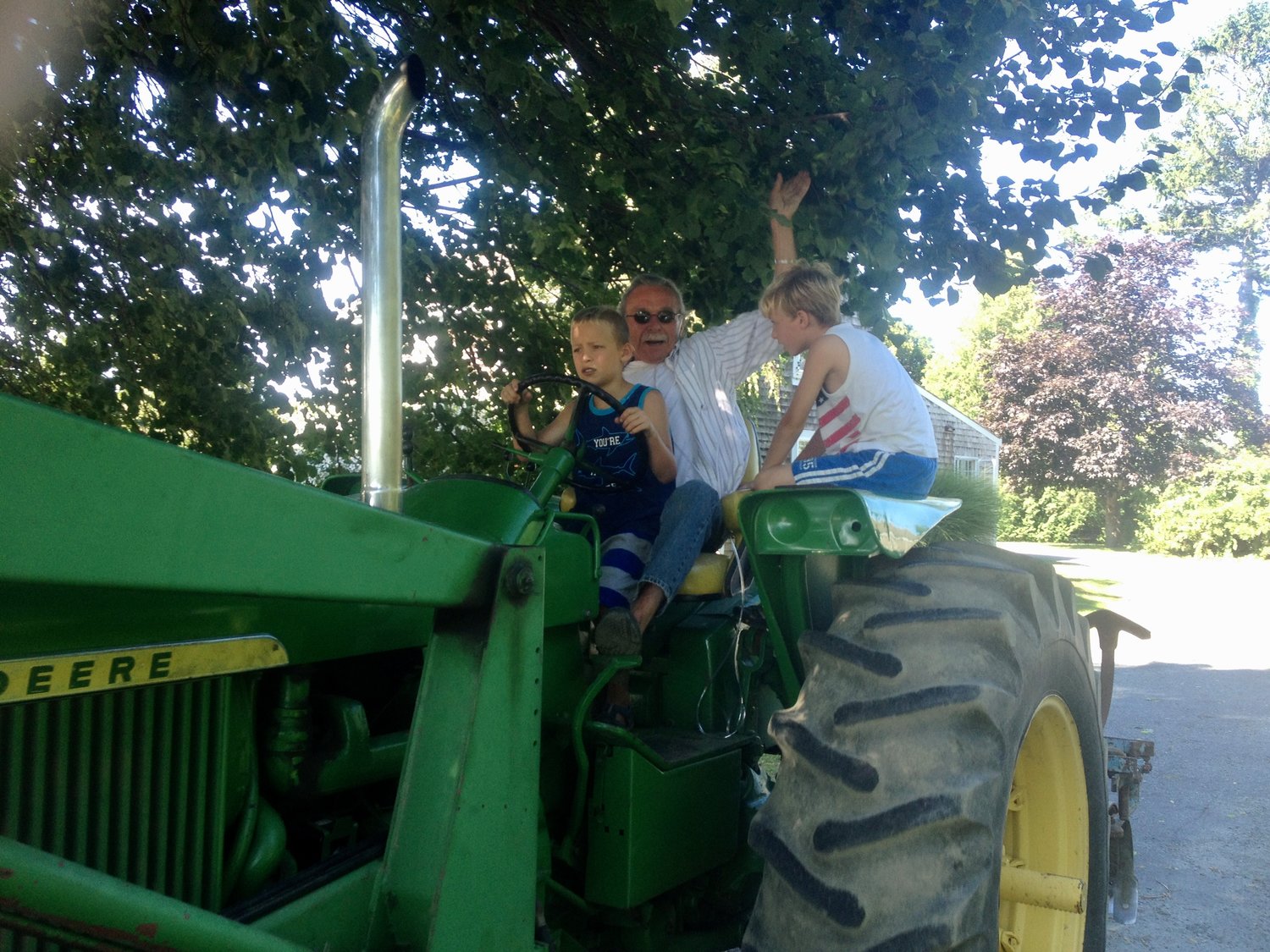 Coll Walker gives some of his grandchildren a ride in a tractor in this family photo. 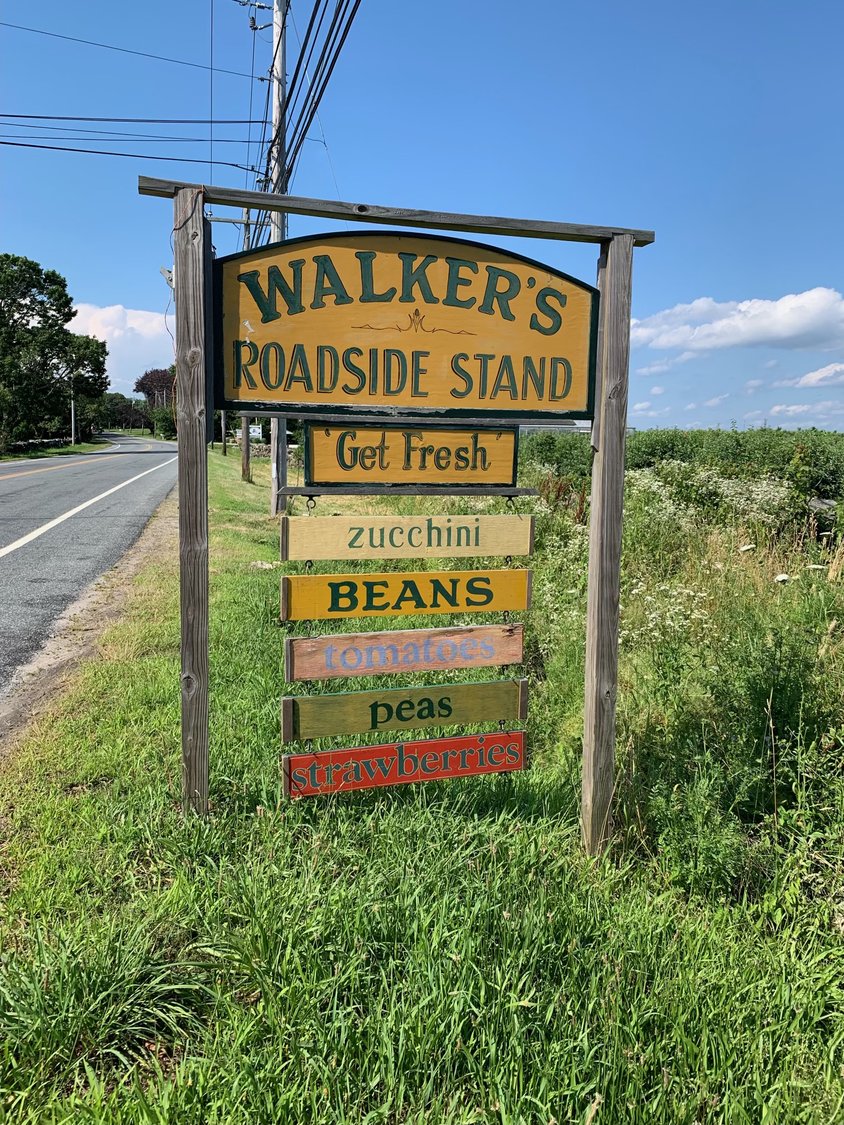 The Walker's stand sign, like the rest of the farm, burst with color and was instantly recognizable from a ways off. 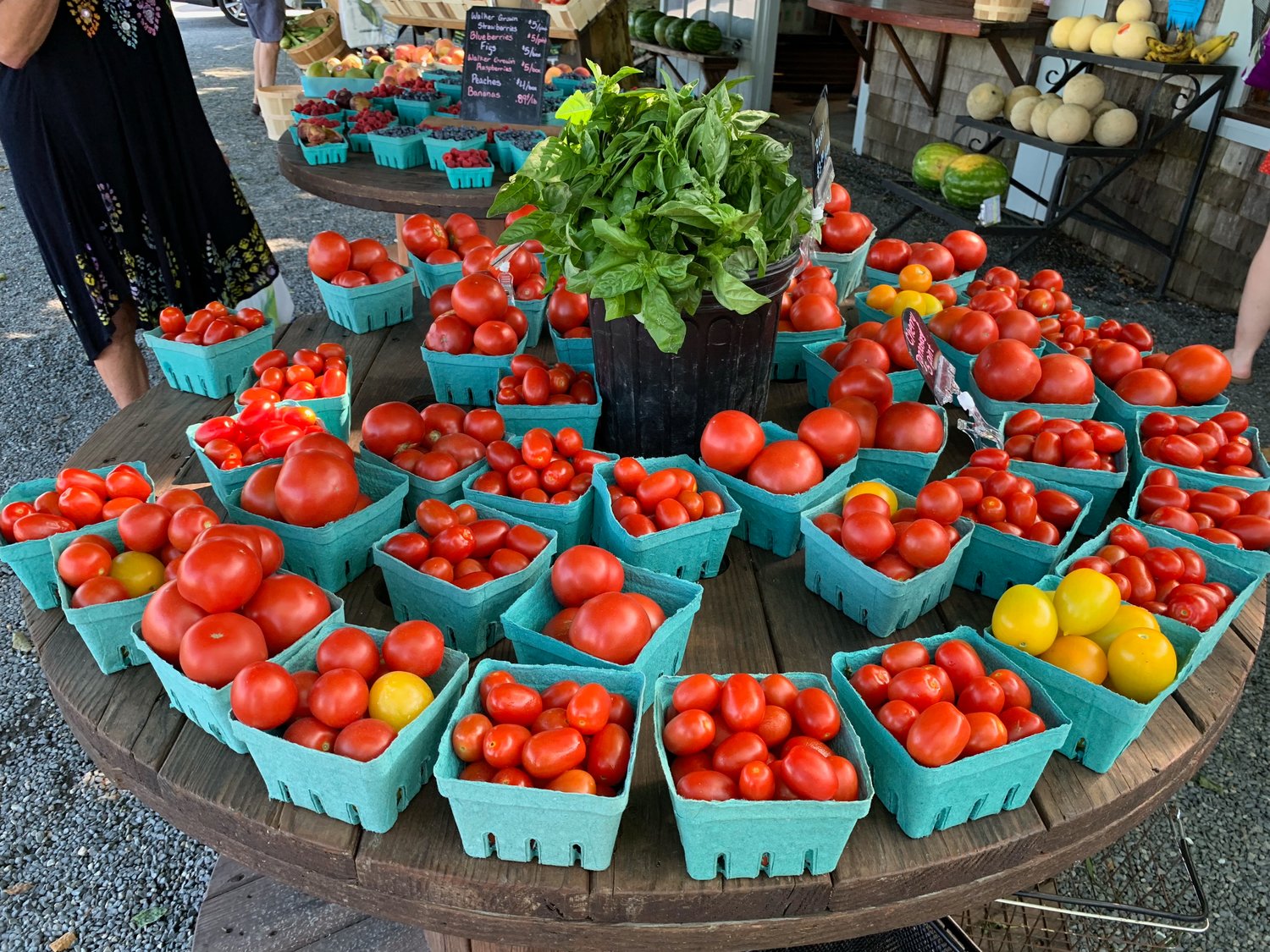 Ripe tomatoes are laid out one recent summer season. Coll Walker always tried to start his tomatoes early, in greenhouses, so they'd be ready early in the summer season. There's not much better than a juicy summer tomato, he told a reporter.
Previous Next
Posted Tuesday, May 10, 2022 9:32 am
By Ted Hayes

LITTLE COMPTON — An institution known well beyond the bounds of this seaside farming community is closing its doors. Walker's Roadside Stand, a colorful produce stand that was open from June through the fall every year, will stay closed this year and its owner isn't sure what the future holds after that.

"I've had a good run," said Coll Walker, who founded the farm with his late father Ian and helped launch the stand as it's now known in about 1970.

"It was a very hard decision, very hard. I struggled with it all winter. But it's just too much."

Walker told his seasonal staff recently that regrettably, their services wouldn't be needed this summer. But he said his own health issues and staffing problems — particularly, the growing difficulty of finding skilled farm equipment operators — forced his hand.

"The real squeeze right now is the help and my health."

One of the first

Nowadays, farm stands are seemingly around every corner. But when Walker and his dad bought some land and started Walker's Farm in 1964 to help pay for his college education, Little Compton was a different, quieter place. There weren't nearly as many summer visitors and you could often go five or 10 minutes without seeing a car drive by.

Early on, Coll and his dad, a school principal who dabbled in dairy and crop farming, sold a good bit of their produce wholesale, bringing it to markets and to a reseller near the State House in Providence. As his dad worked the farm, Coll went away to study philosophy, theatre and English literature, and bounced around Tonga, the South Pacific and Australia. He ended up joining the Peace Corps in the mid-1960s.

In 1970, his father got sick and he came back to help out, eventually taking over the business.

"It was the '60s," he said. "I was ready for a subsistence kind of living. I always liked farming and grew up on a farm. I couldn't see myself working inside (and) I had a lot of ideas for a roadside stand."

By then, things were changing. There were more cars and more summer visitors, though there still weren't a lot of stands. Looking at the numbers, Walker decided that the future wasn't in wholesaling — "I saw what the farmers were getting for their product."

"It was a real eye opener," he said. "It taught me that if I was ever going to be in this business seriously, it would have to be in the retail end. I had thought that I could make a go of it (at a stand) with decent displays and honest products, and do something different."

Back home for good, Walker continued to work the farm and began expanding the roadside operation. There were plenty of vegetables — his sweet corn was the best, he said, and he could talk for hours about the joys of a summer tomato. Over the years, the offerings grew to cider, lots of different kinds of fruits, and lettuce so renown that even Julia Child, the noted 'French Chef,' stopped by to pick some up.

Meanwhile, he continued to sell via other avenues — to Lee's in Westport, just a half mile down Main Road from where he ran a second farm stand for some time, and through wholesaling. He also received a lot of help from the owners of Al Forno, the noted restaurant in Providence owned by Johanne Killeen and George Germon, friends of Child's who in turn became good friends of his.

"They started buying from me years and years ago, in the early '70s," he said. "And they put my name on their menu a few times. Great people."

By the mid-80s, word had gotten out not just about Little Compton, but Walker's. By then, Coll was farming as much as 45 acres of mostly rented land, as the 10 acres the farm owned wasn't enough to support the operation. The stand got busier and busier, and wholesaling continued, until Walker was employing as many as 25 or 30 workers per season. The years came and went, and the stand stayed busy, with growth every year.

"It kept growing until this past year," he said. "That was the first year we had a drop in sales. It wasn't a big drop, but it was a drop."

Meanwhile, Walker's health continued to worsen, and he said he had known for a few years that he would someday need to make the difficult decision to step aside. That came over the winter — "it was not fun."

Walker is sad to see the farm go this year, but hopes his family expresses interest in picking up where he left off. He has a daughter in Maryland and two sons, one of whom, Ian, is local. Discussions will come in the future, he said.

He's also sad to see the workers go. He made friends with many of them, mentioning in particular Cherry Arnold, one of his first great employees, he said.

"I've had so many dedicated workers, some of them here for over 30 years and a lot from five to 15 years. I'm appreciative of the commitment they made. They were trustworthy, which made a big difference. I felt so badly telling some of the young girls that when I had to let them know that we weren't going to open."