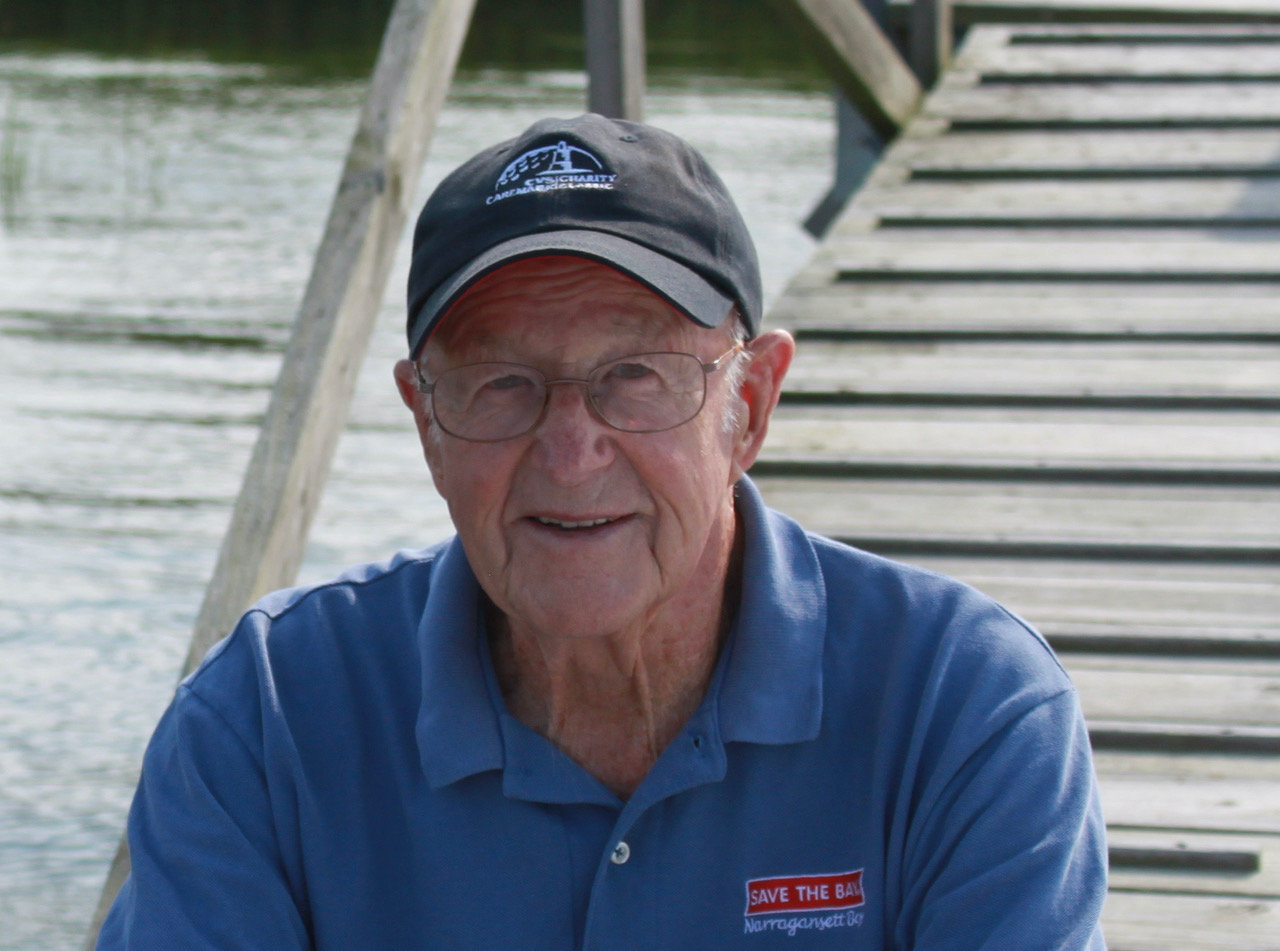 Cap was born in Providence, R.I., to Gerald Beckley Woodruff and Helen Spofford Woodruff, he and his sister, Jane Woodruff Greenough. grew up in Barrington, R.I.
Cap attended the Gordon School and Providence Country Day School. He began Amherst College with the Class of 1953. He interrupted his college career to enlist in the U.S. Navy, serving from 1951 to 1955 in Newport, Boston, and on the destroyer USS Charles J. Badger. He returned to Amherst and graduated with the Class of 1957 with a major in biology.

In 1961, Cap received a master’s degree in marine biology from the University of Rhode Island, where he met his future wife, Sara “Sally” Gifford Petty, of East Greenwich, R.I. The two were married in April, 1960.

After teaching high school science at Tabor Academy in Marion, Mass. and the Hun School in Princeton, N.J., Cap and Sally returned to Rhode Island in 1967. Here they settled in Bristol with their young family. Cap joined the faculty of the Providence Country Day School, where he taught biology and chemistry and coached tennis until 1989.

Following his retirement from teaching, he worked as a coordinator and instructor with the U.S. Commerce Department’s Marine Recreational Information Program throughout southern New England, retiring from this in 1995.

In 2002, Cap and Sally moved from Bristol to Barrington and in 2013, to Middlebury, Vt., where Cap took pleasure in being near family and watching Middlebury College athletics. He volunteered at the Open Door Clinic and Homeward Bound, the Addison County Humane Society. He was a member of St. Stephen’s Episcopal Church in Middlebury.

Cap was never happier than when sailing, whether cruising with his family, skippering a big race or crewing on a friend’s boat. He delighted in the tactical challenges of racing, the camaraderie of a shared experience and a Sea Sprite with well-trimmed sails. For many decades, he was an active member of the Bristol Yacht Club and a supporter of Save the Bay. He enjoyed sharing his knowledge of Narragansett Bay, acting as a patient sailing instructor and clam-digging guide to his grandchildren.

Cap is survived by his wife of 61 years, Sara Gifford Petty Woodruff, and his three children and their spouses, Jennifer Woodruff and John Bowin, Charles Woodruff and Margaret Woodruff, and Elizabeth Wright and Thomas Wright, as well as six grandchildren, Sara Bowin, Carolyn, Beatrice and Eleanor Woodruff; and Thomas and Eden Wright.

The next time you feel a breeze fill in from the south, raise your glass and think of Cap.

Memorial donations may be made to Homeward Bound, 236 Boardman St, Middlebury, VT 05753 will honor Cap and his lifelong love of animals.