A local school bus driver union is hopeful that an agreement will be reached soon, as they conducted “Just Practicing informational picketing” on Nov. 22. 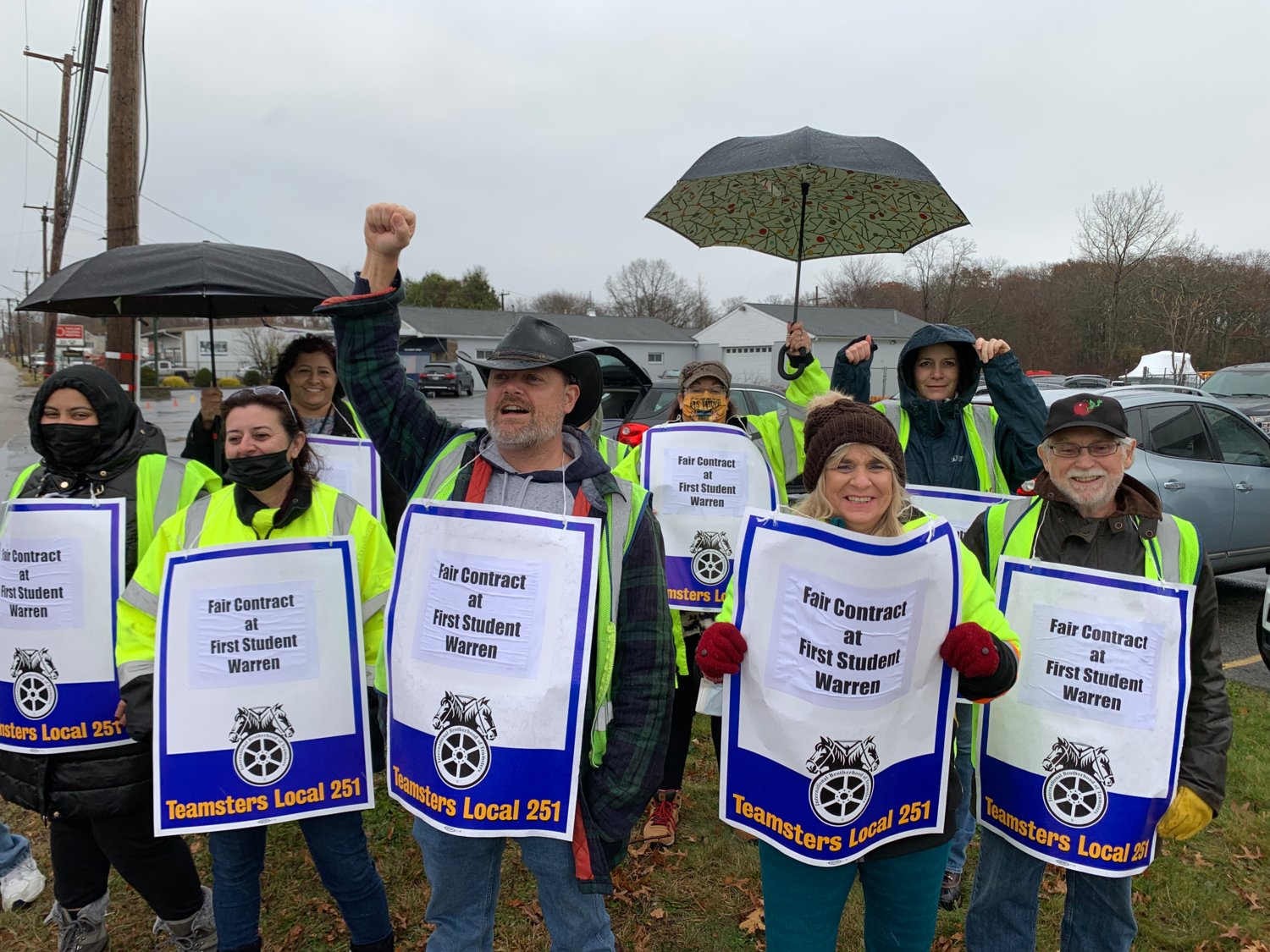 Steven King, joined by fellow members of Teamsters Local 251, raises his fist during an informational picket held outside of the First Student depot in Warren on Monday morning.
Richard W. Dionne Jr. 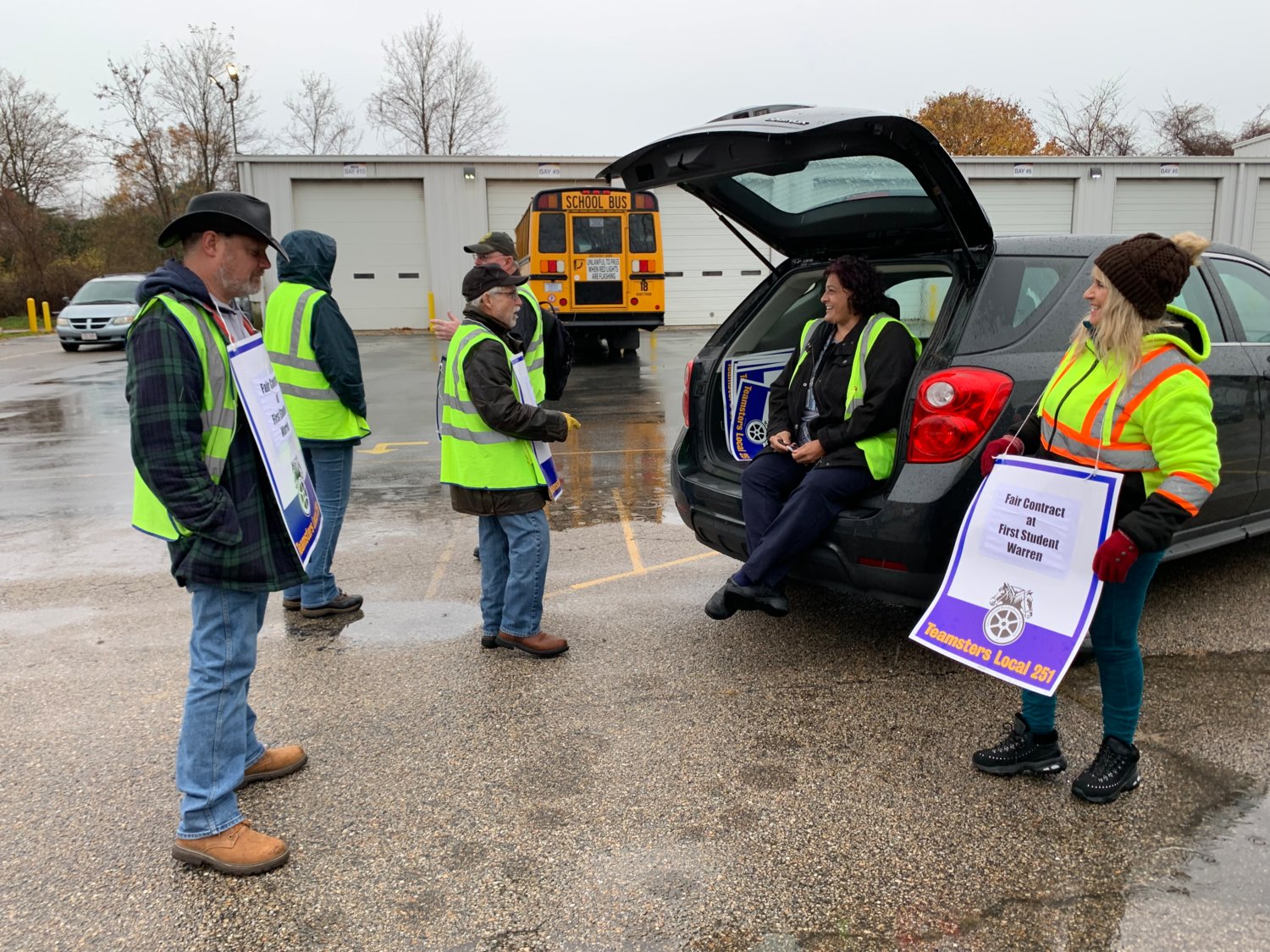 Bristol Warren is one of three Rhode Island communities in which school bus drivers recently voted to authorize a strike. The other two are Scituate and Pawtucket. Drivers for First Student, represented by Teamsters Local 251, have been working without a contract for over a year, in extraordinary circumstances.

“These drivers put their lives on the line” working through the pandemic, said Nick Williams, business agent for Teamsters local 251. According to Williams, instead of a retroactive raise, First Student offered drivers a $150 raise, roughly 10 percent of what they anticipated.

“School bus workers have been diligently transporting our most precious cargo, our children, and have been very patient as negotiations have been ongoing for well over a year,” said Teamsters 251 spokesman Matthew Taibi in a statement. “These essential workers haven't received a raise during the height of the pandemic, as the industry has seen a shortage of workers.”

Making conditions worse for drivers during the pandemic was the fact that closures and virtual learning meant that drivers were routinely and unpredictably left without work.

“First Student is in active discussions with the regional leadership of the Teamsters and are hopeful that fair and equitable agreements which address each open issue can be reached soon,” said Frank McMahon, spokesman for First Student. “First Student will continue to negotiate until final resolutions are reached. In the meantime, we remain committed to providing the best transportation service possible to the families we serve.”

The union is hopeful that an agreement will be reached soon, as they conducted “Just Practicing informational picketing” at the Warren First location on Monday, Nov. 22.

“The workers love working with their students and hope the company doesn't force them to strike for a fair contract,” said Taibi.