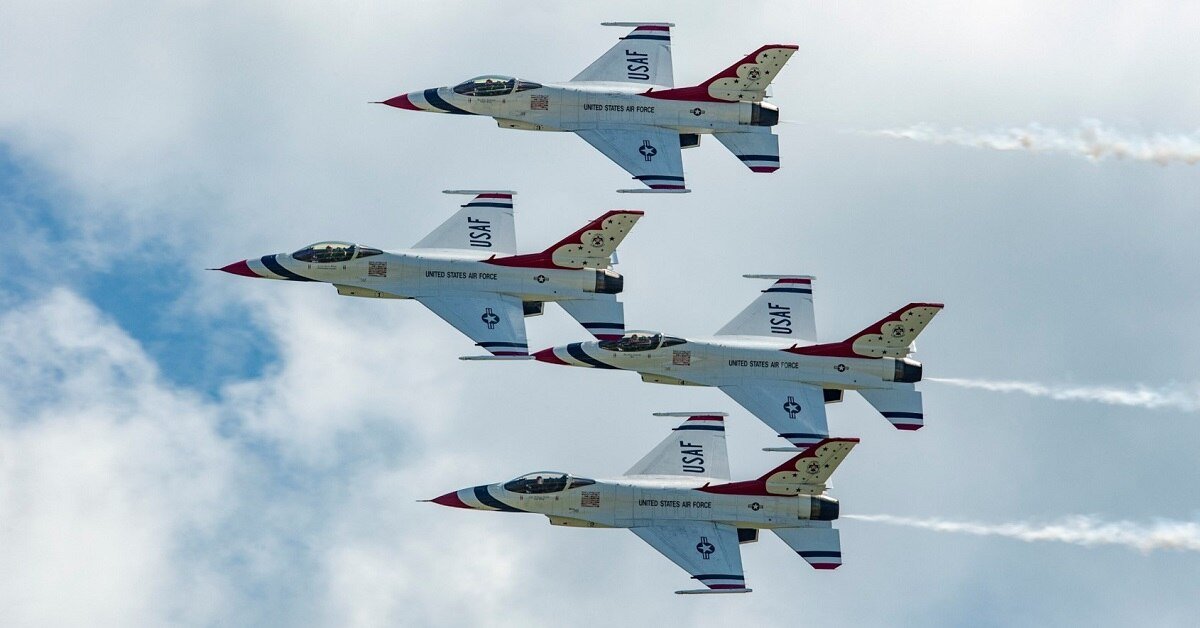 QUONSET — The return of the Rhode Island National Guard Open House Air Show will now feature the United States Air Force Thunderbirds as headliners coinciding with a date change for the event at the Quonset Air National Guard Base to June 20-21.

This year's show will include many exciting acts including a C-17 Globemaster, the U.S. Air Force Academy Jump Team, a WWII heritage fight, Michael Goulian, the Shockwave Jet Truck, and the Geico Skytypers.

In keeping with the air show's emphasis on military air capabilities, the show will also feature the Rhode Island National Guard's own C-130J Super Hercules and UH-60 Blackhawks.

The change from the previously announced dates of 27-28 June, means the F-22 Raptor Demo Team will no longer be performing as originally scheduled.

“The entire Rhode Island National Guard team is excited to once again host the Open House Air Show,” said Major General Christopher Callahan, the Adjutant General. “This will be a particularly special occasion as our Airmen have returned home from deployment. We are thankful for their success overseas this past year and look forward to welcoming our community back to a beloved Rhode Island event.”

This occasion will mark the 27th Rhode Island National Guard Open House Air Show. The air show made its first appearance in 1992. It has since been cancelled twice — once in 2013 due to the budget sequestration and in 2019 due to the high number of deployments within the Rhode Island Air National Guard.

“The Rhode Island National Guard is looking forward to opening our gates to display the talents and capabilities of our amazing Airmen and Soldiers,” said Lt. Col. Christopher N. Allen, a RING Open House director. “We also welcome the opportunity to host the fabulous military and civilian aerobatic acts. We can't wait to see everyone for a safe and exciting Father's Day weekend with the RING!”