The champion Mt. Hope gymnastics team of (from left to right) Assistant … 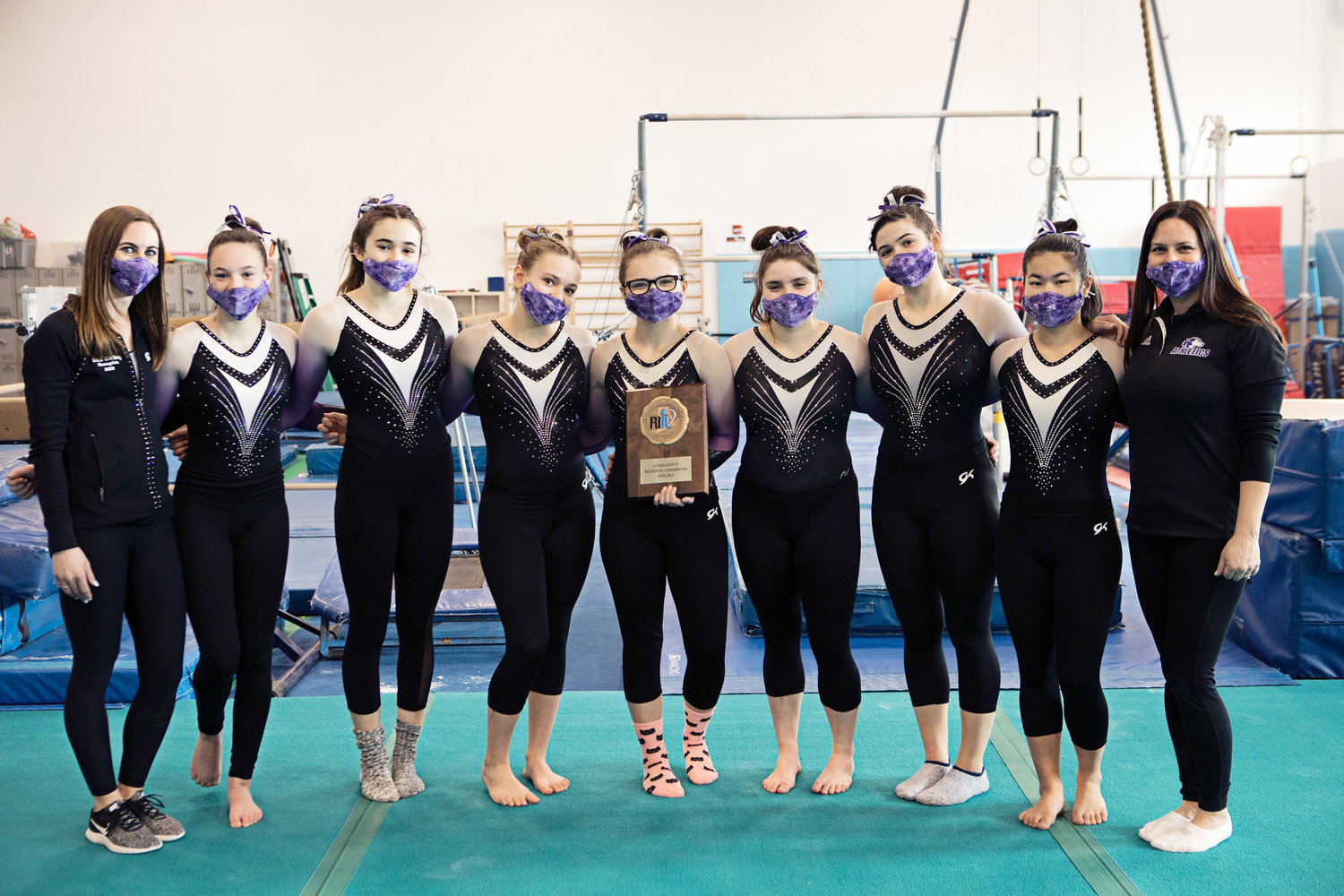 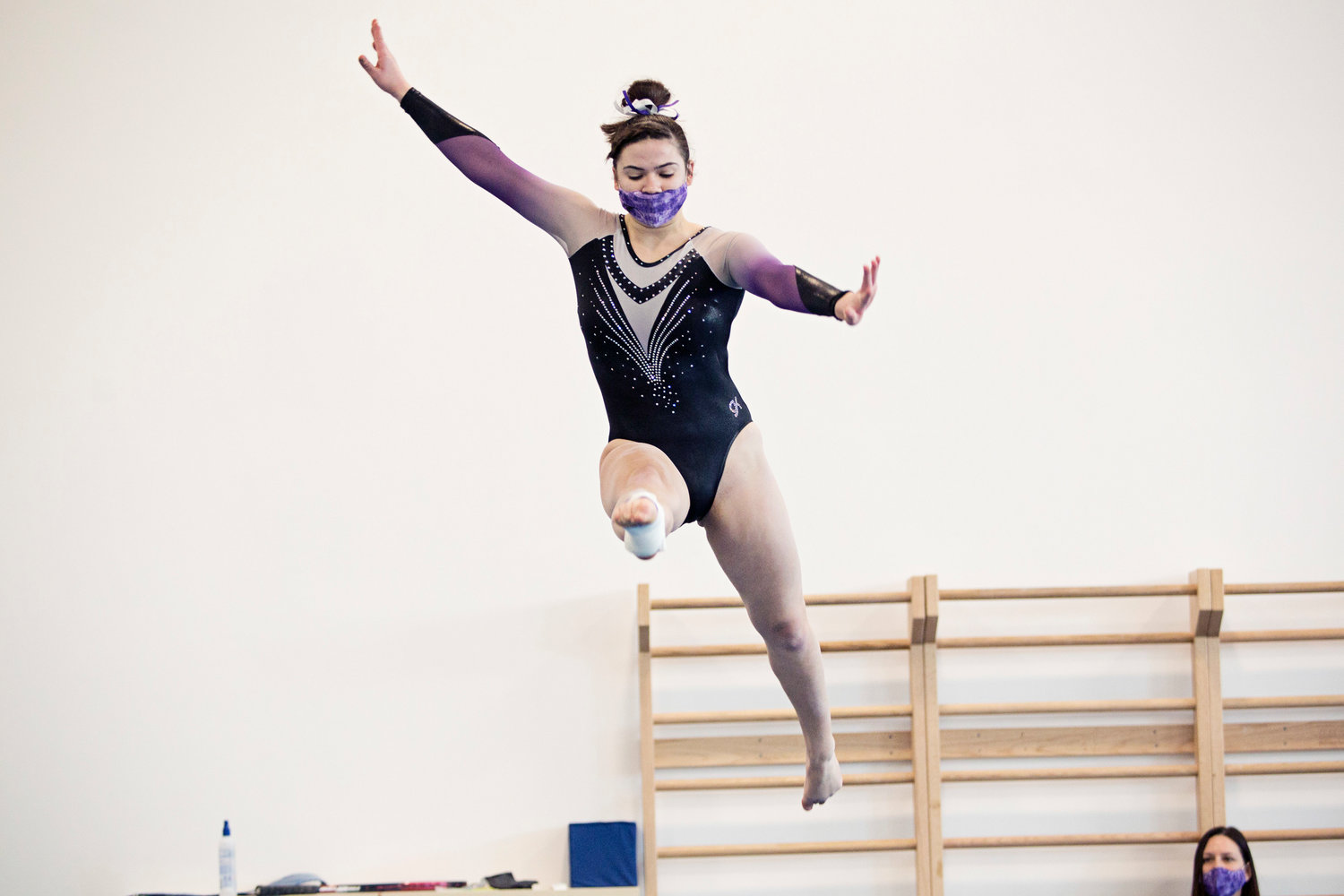 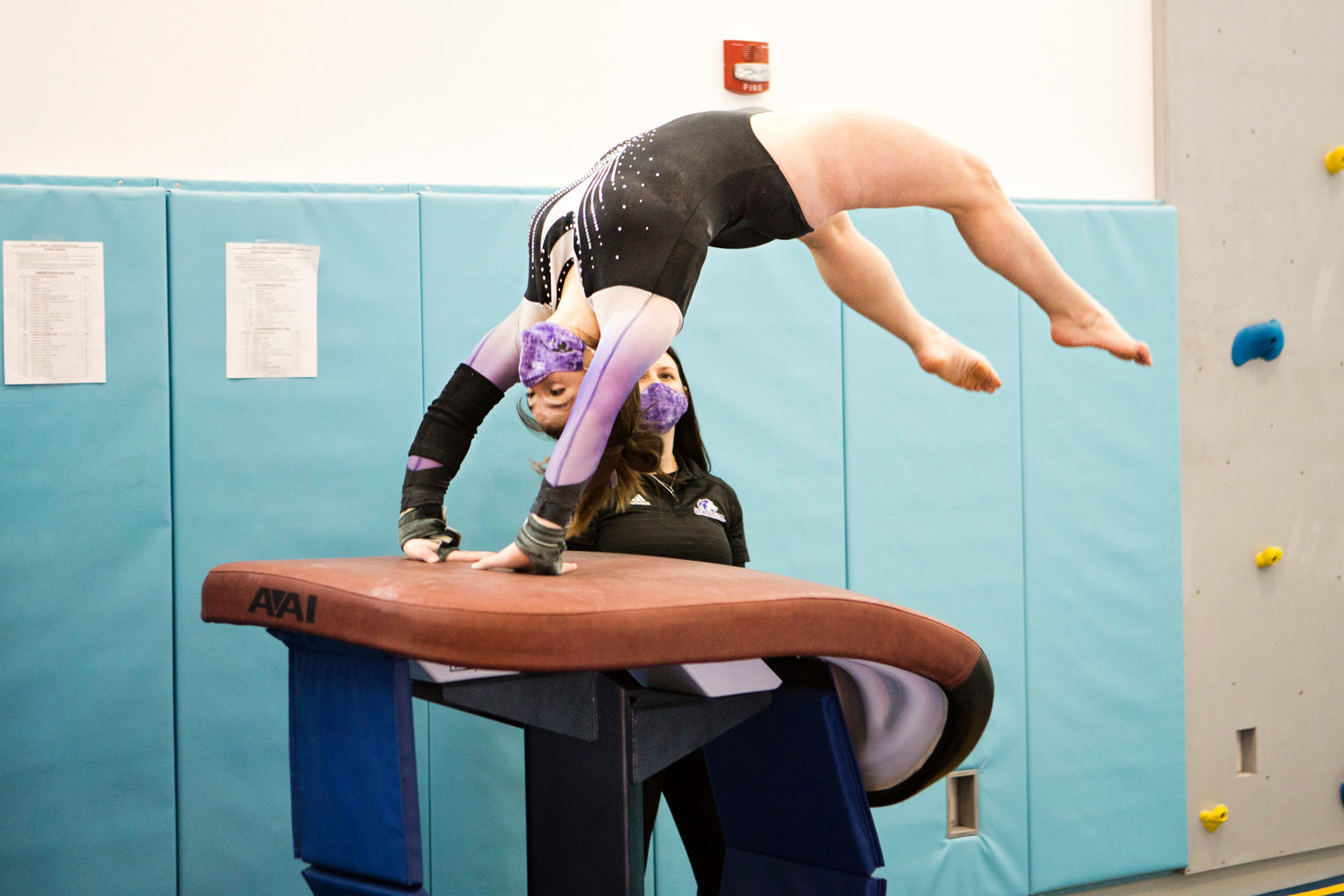 Reese Pavao extends backwards onto the vault during the Regional State Championships. Pavao earned an 8.35 on the event. 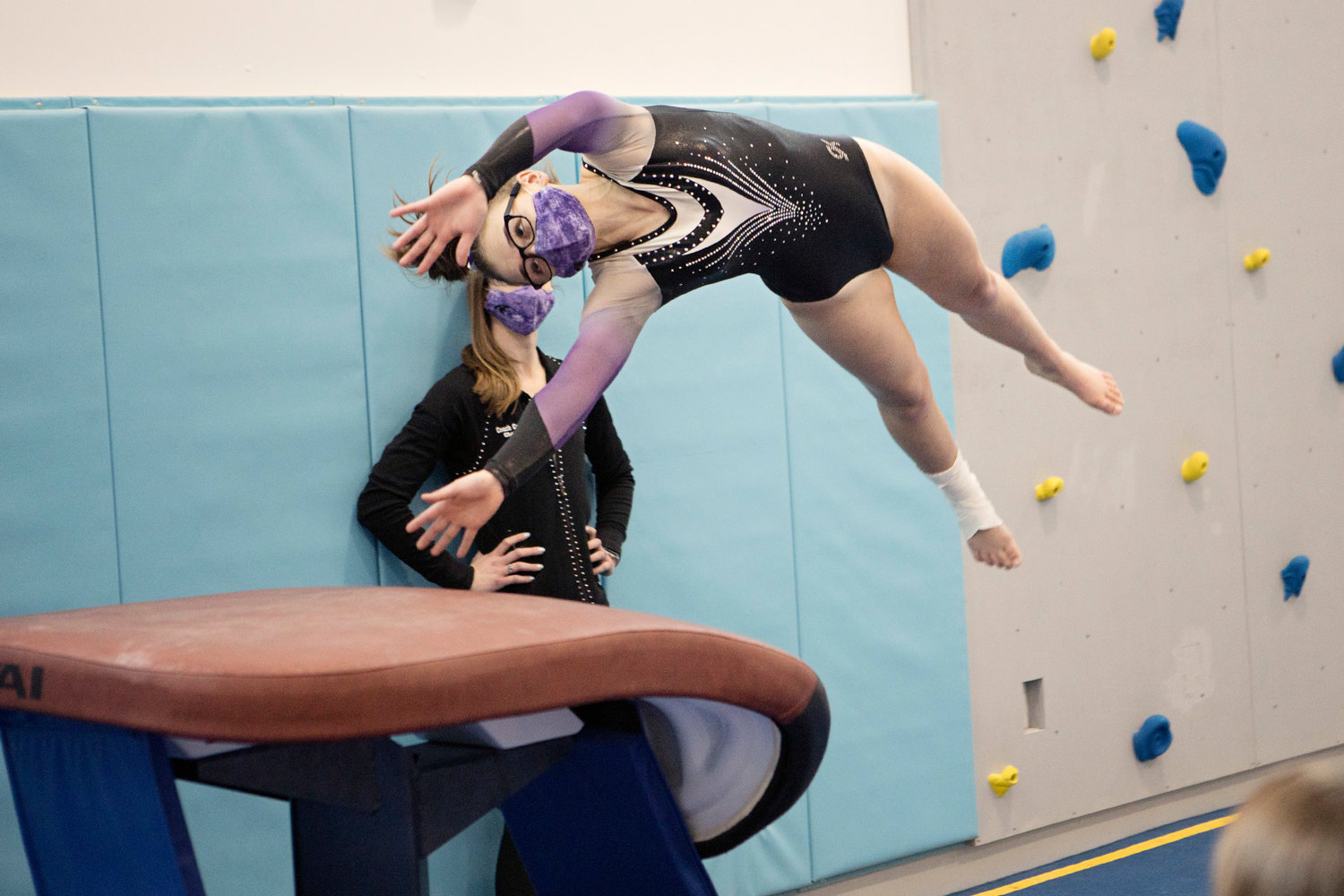 Marissa Grenier executes a stunt on vault during the Regional State Championships on Saturday. Grenier earned an 8.35 on the event. 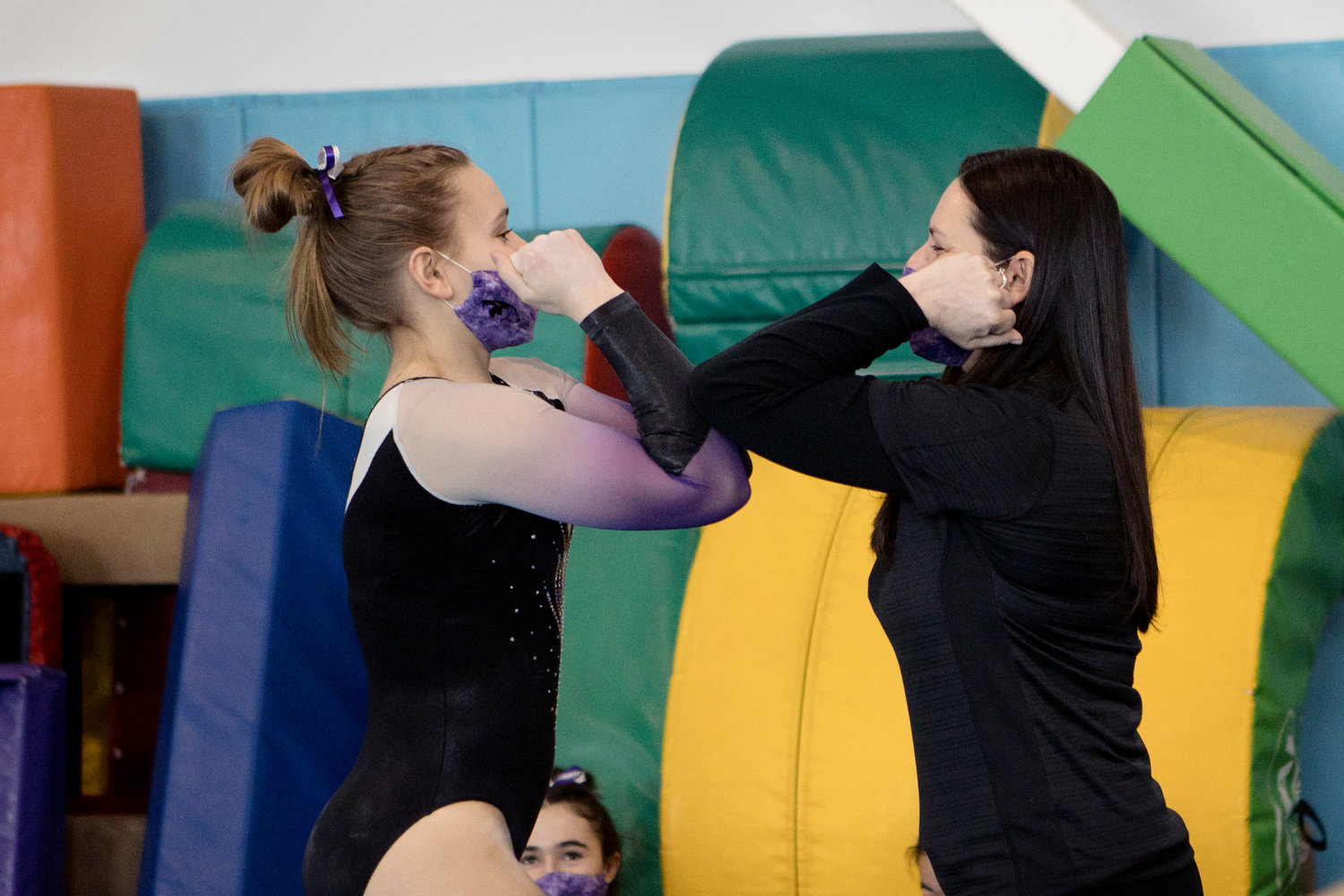 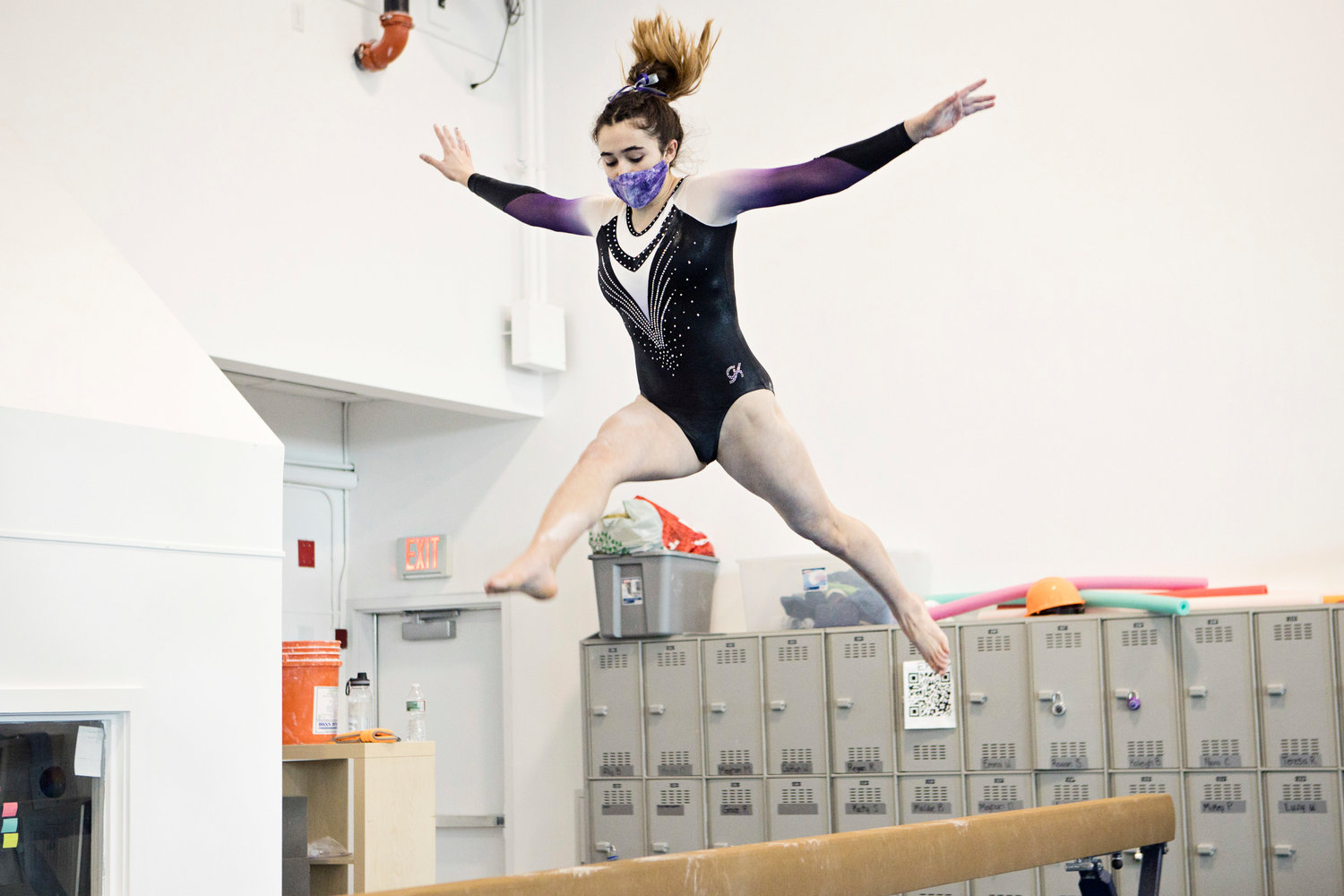 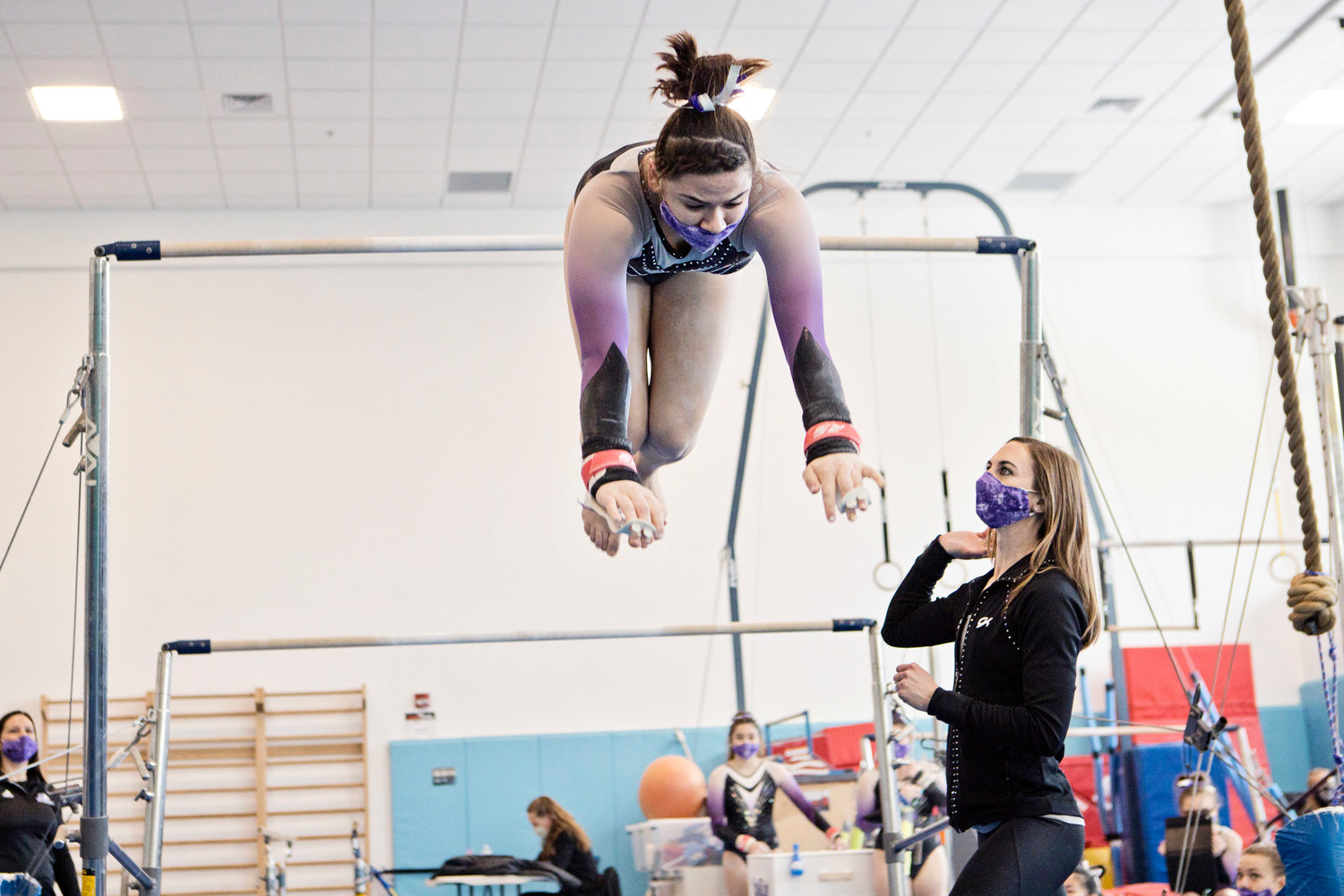 Brooke Ramella dismounts from the bars as assistant coach Courtney L'Heureux looks on from below. Ramella earned a 7.20 on the event. 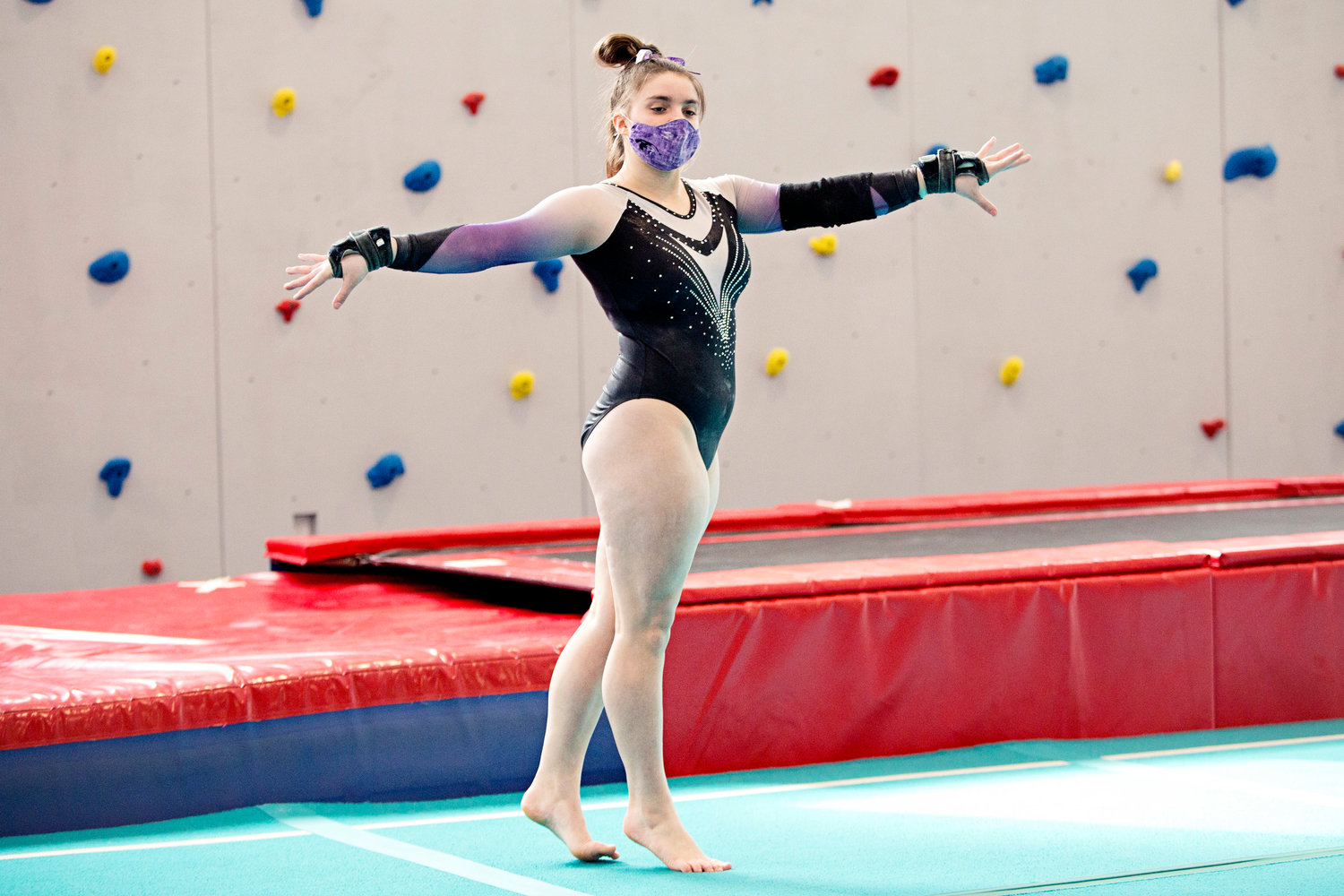 Reese Pavao performs on floor, earning an 8.35 on the event, at the Regional State Championships, held at the Newport YMCA Saturday. 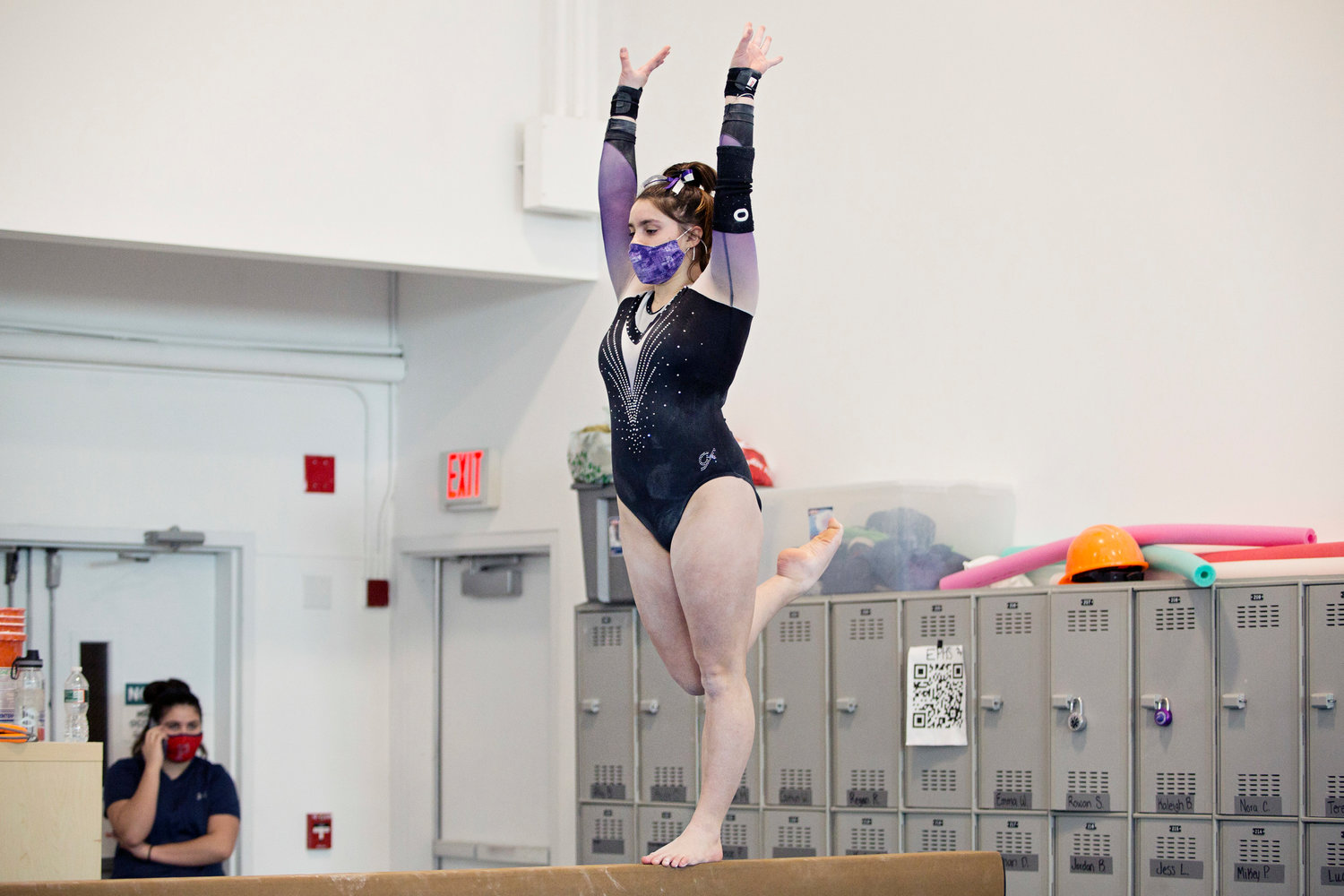 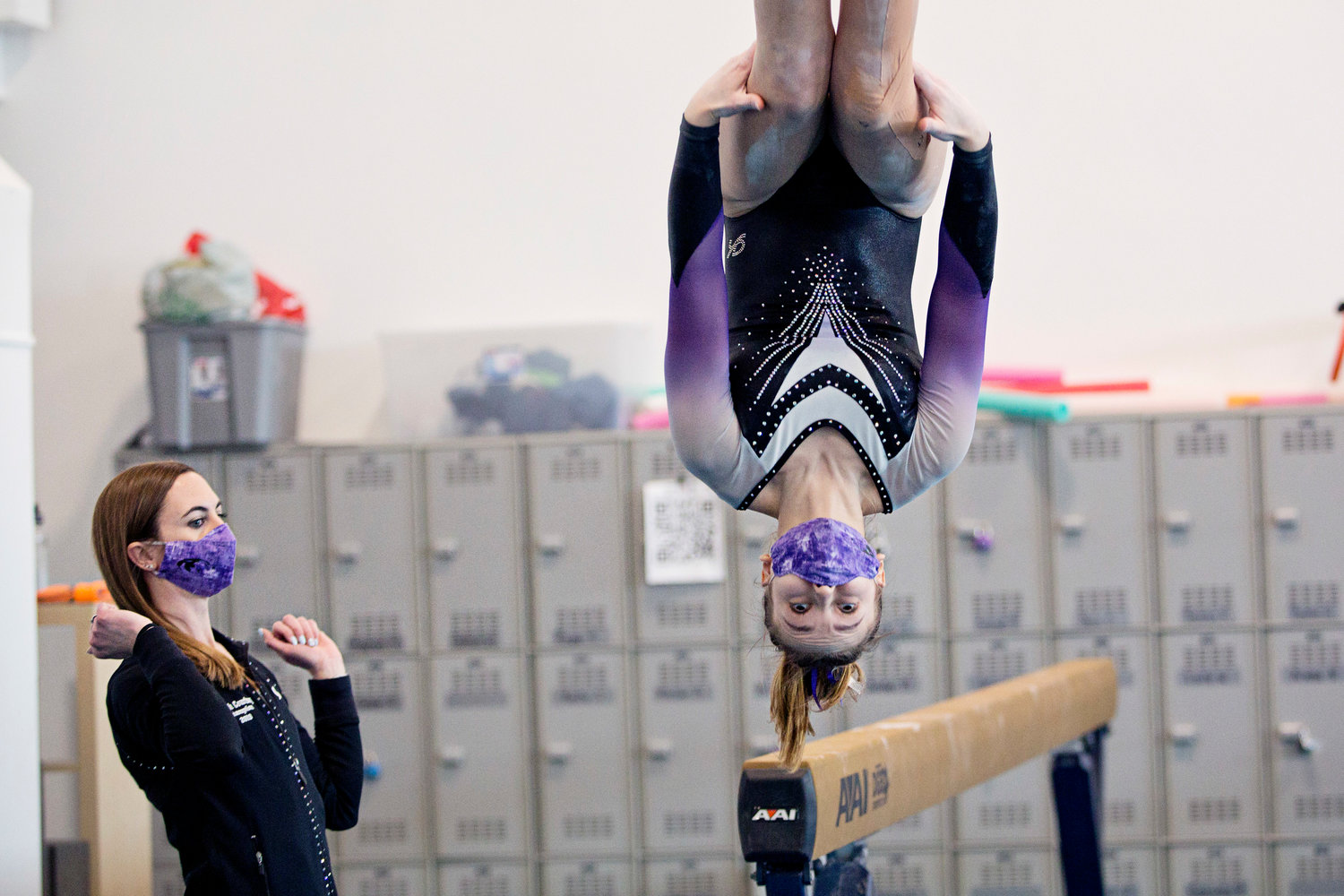 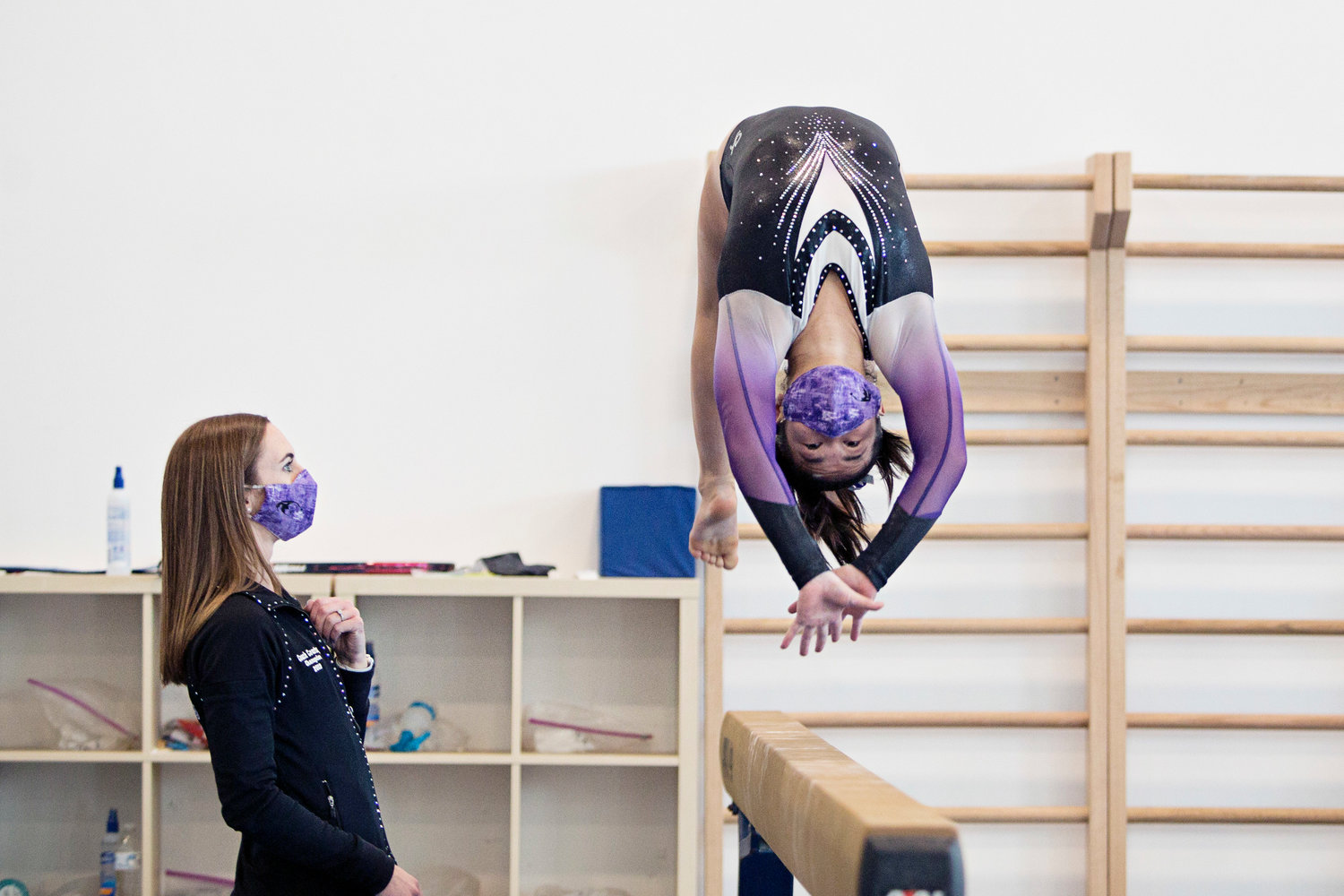 Caroline Nash performs on beam, earning an 8.45 on the event. 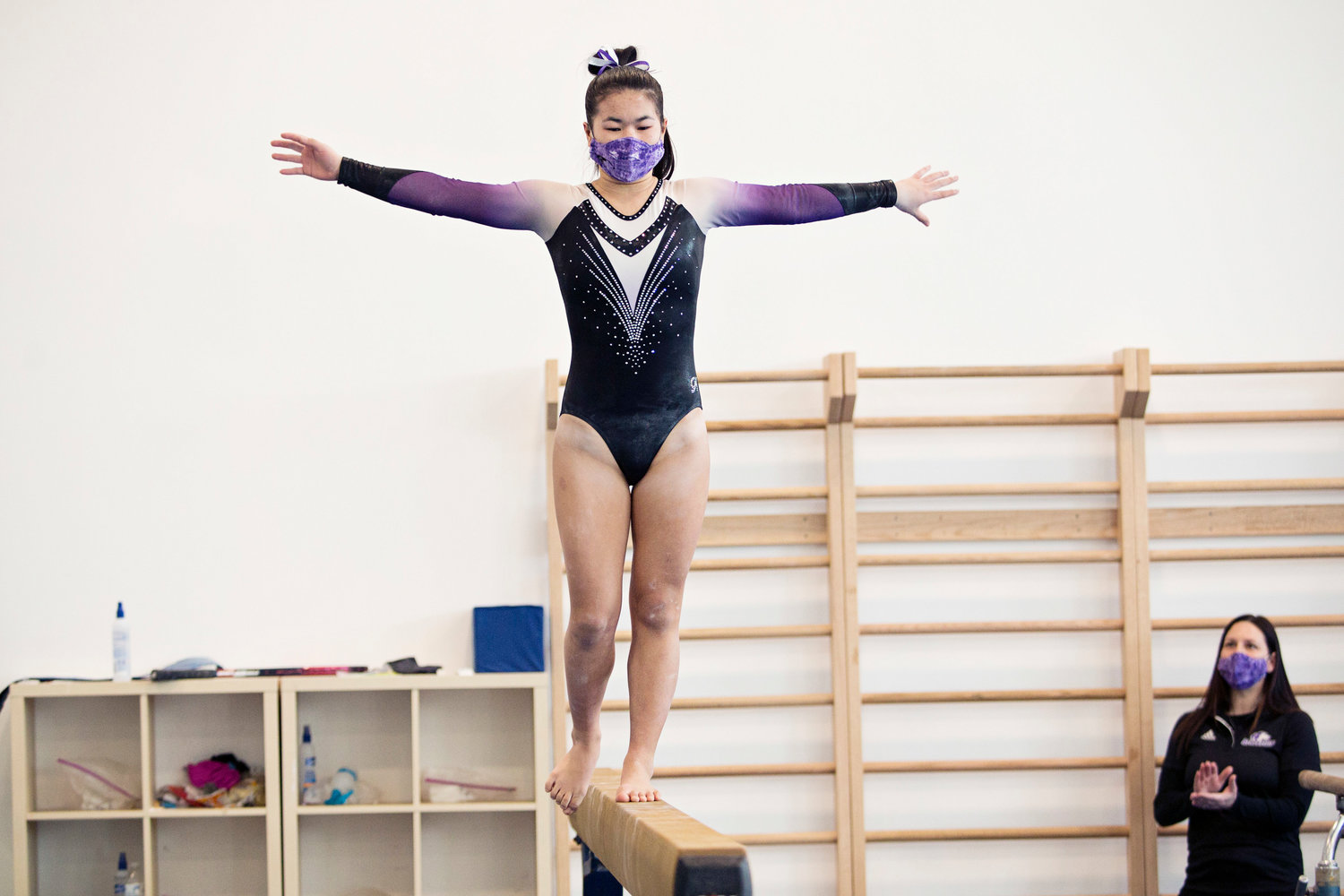 The Mt. Hope gymnastics team won its fifth state championship in six years at the Newport YMCA on Saturday. The Huskies posted a score of 132.6, edging out Barrington’s team score of 132.25 to win the Region I State Championship. Portsmouth placed third with a score of 129.95. The Huskies under head coach Nicole Daniello won the Division II State Championship in 2016, 2017, 2018 and won the Division I title in 2019. Due to the pandemic, the Rhode Island Interscholastic League decided to let the gymnasts compete regionally.

“It was an amazing feeling to win this season,” said coach Daniello. “Especially after the year we’ve had.” The excitement of just having a season brought some normalcy to this unprecedented year with Covid.

“The girls truly work as a team. They support each other and show up to every practice and meet with an intense hunger to be the best,” coach Daniello said.

Juniors Nora Prendergast and Reese Pavao led the team in the victory.

“They are our top all-arounders,” said coach Daniello. “They have both had outstanding seasons. Both girls had to overcome injuries and being sick. To get it done over the shortened season was a true testament to their work ethic and persarverence.”

“Brooke had an amazing season,” coach Daniello said. “She improved on all the events, especially on vault and floor.”

“Marissa received her first 9.05 on floor in Sunday’s individual state competition,” said coach Daniello. “She added a more difficult tumbling pass and a more advanced jump to increase her score. It was the strongest routine I’ve seen her do in all of her four seasons. It was a great way to end her high school gymnastics career.”

Coach Daniello heralded hard working Huskies in an email interview on Monday. “I’ve been very blessed to have coached such amazing gymnasts throughout the years,” she wrote. “The girls have the skills and determination to win, and their character puts them above all the rest.”