PORTSMOUTH — On Monday, Town Council member Andrew V. Kelly became the third Democrat to declare his intention to run for the R.I. Senate District 11 seat which is being vacated by Sen. … 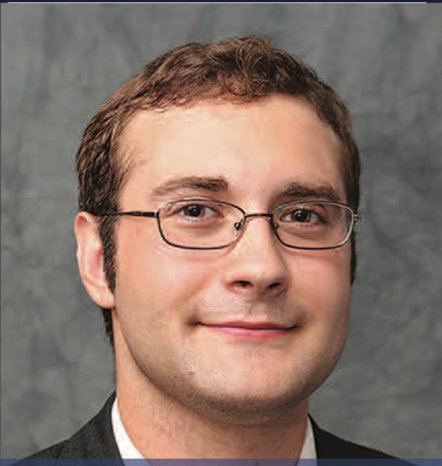 PORTSMOUTH — On Monday, Town Council member Andrew V. Kelly declared his intention to run for the R.I. Senate District 11 seat which is being vacated by Sen. James Seveney due to retirement.

Kelly, a lifelong resident of Portsmouth, is serving his second term as an elected member of the council. “I have decided to run for state senator of District 11 in order to fill the very big shoes my friend and colleague, Sen. Jim Seveney, will be leaving behind,” Kelly said in a prepared statement.

Kelly and his wife of five years, Jolina, own a home in Portsmouth where they plan to live, he said. “Jolina immigrated from the Philippines in 2019 and has enjoyed living in Portsmouth ever since,” he said. “I am currently employed at The Rhode Island Turnpike and Bridge Authority. Prior to that I worked in healthcare for 10 years, most recently for Athena Healthcare, through the entirety of the COVID-19 pandemic.”

Kelly, a 2010 graduate of Portsmouth High School, received his bachelor’s degree in administration of justice with a double minor in business administration and religion/theological studies from Salve Regina University in 2015. He hopes to finish his Masters of Public Administration.

He previously served six years as an elected member of the Portsmouth School Committee and has also served on the Economic Development Committee, the Glen Manor House Authority, the Elmhurst Re-use Committee, and the Portsmouth Charter Review Committee.

“During my years of service, I have championed high-quality public education, improved roads and infrastructure, and preservation of our environment. We are facing difficult economic challenges, and I would like to help foster small businesses and job creation. I will always stand up for rights of women, workers, and all Rhode Islanders,” Kelly said. “I am running for State Senate because I can effectively represent the people of Portsmouth and Bristol in the Rhode Island State Senate. There are key legislation and reforms that should be put in place and I am willing to do what needs to be done to help my constituents.”

Kelly says he’s an “enthusiastic” volunteer in the community. “I am on the Board of Directors for the Portsmouth Community Theater, and a parishioner of St. Barnabas Church. I am a lifelong member of the Quahaug Chapter Camping Club and North American Family Campers Association. I achieved the rank of Eagle Scout in 2009 and I am a life member of the National Eagle Scout Association,” he said.