BRISTOL — Despite a 16-2 record and earning the No. 1 seed in the Division II playoffs, Portsmouth High’s girls’ tennis team was knocked from the state tournament Friday when … 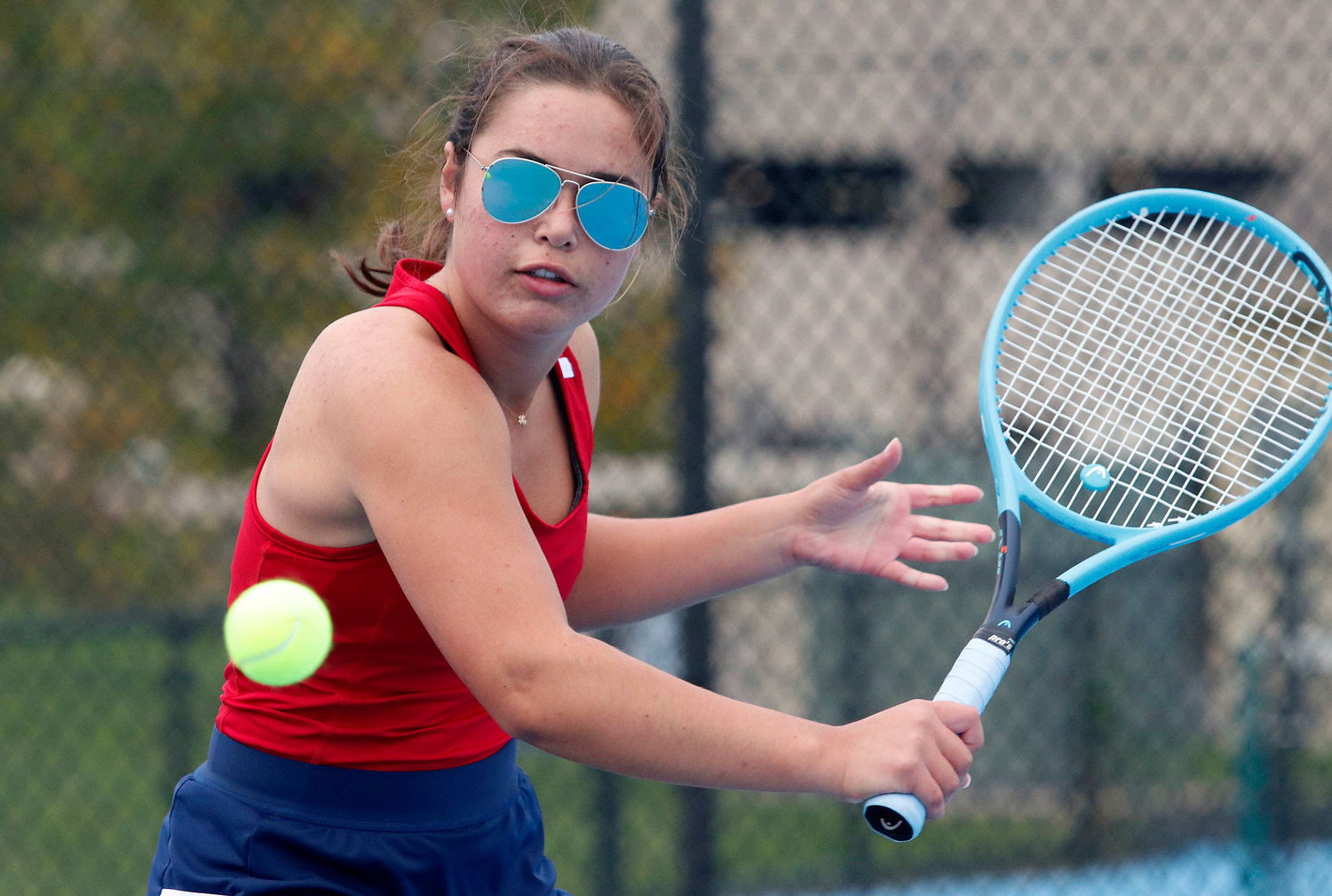 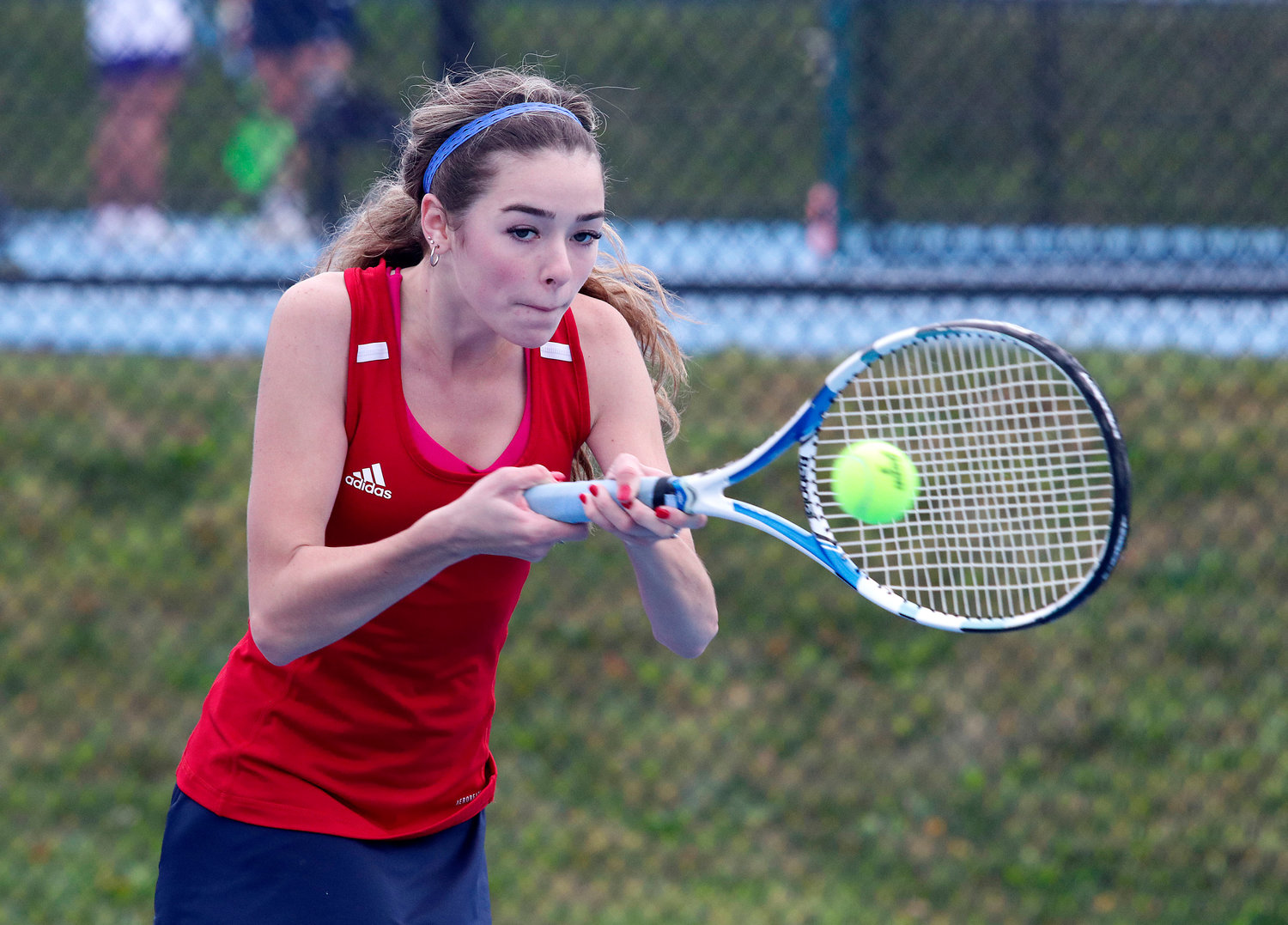 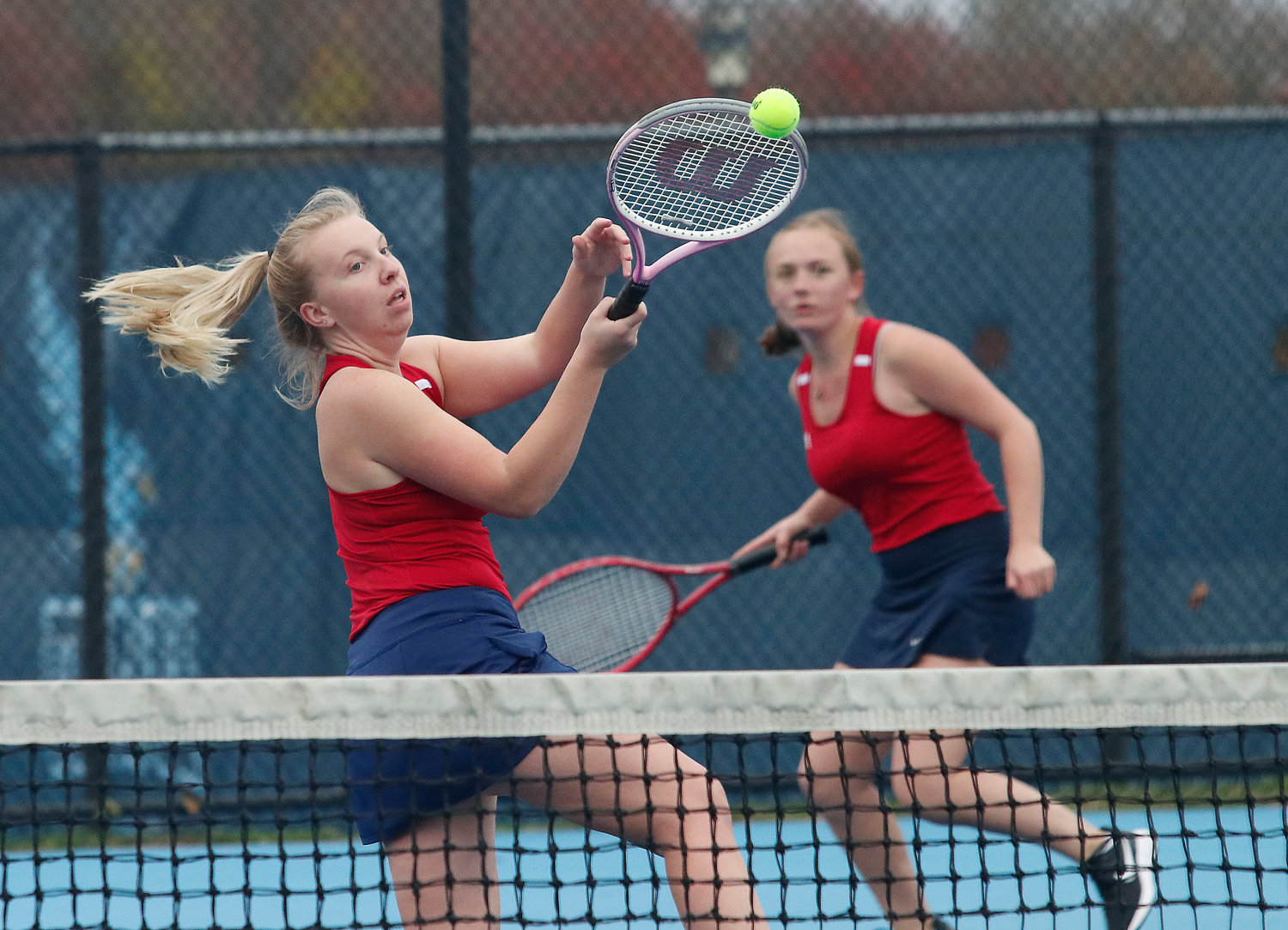 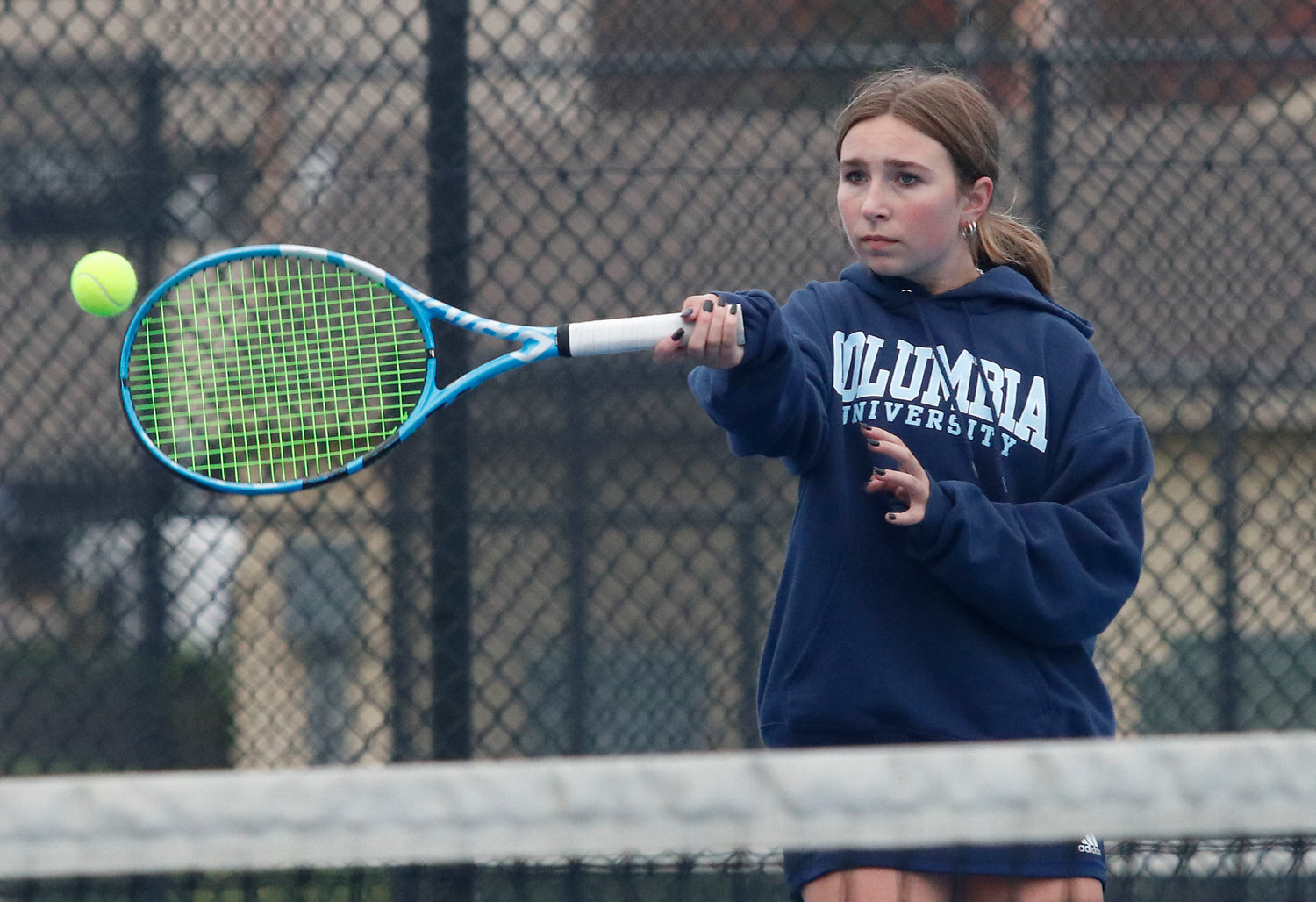 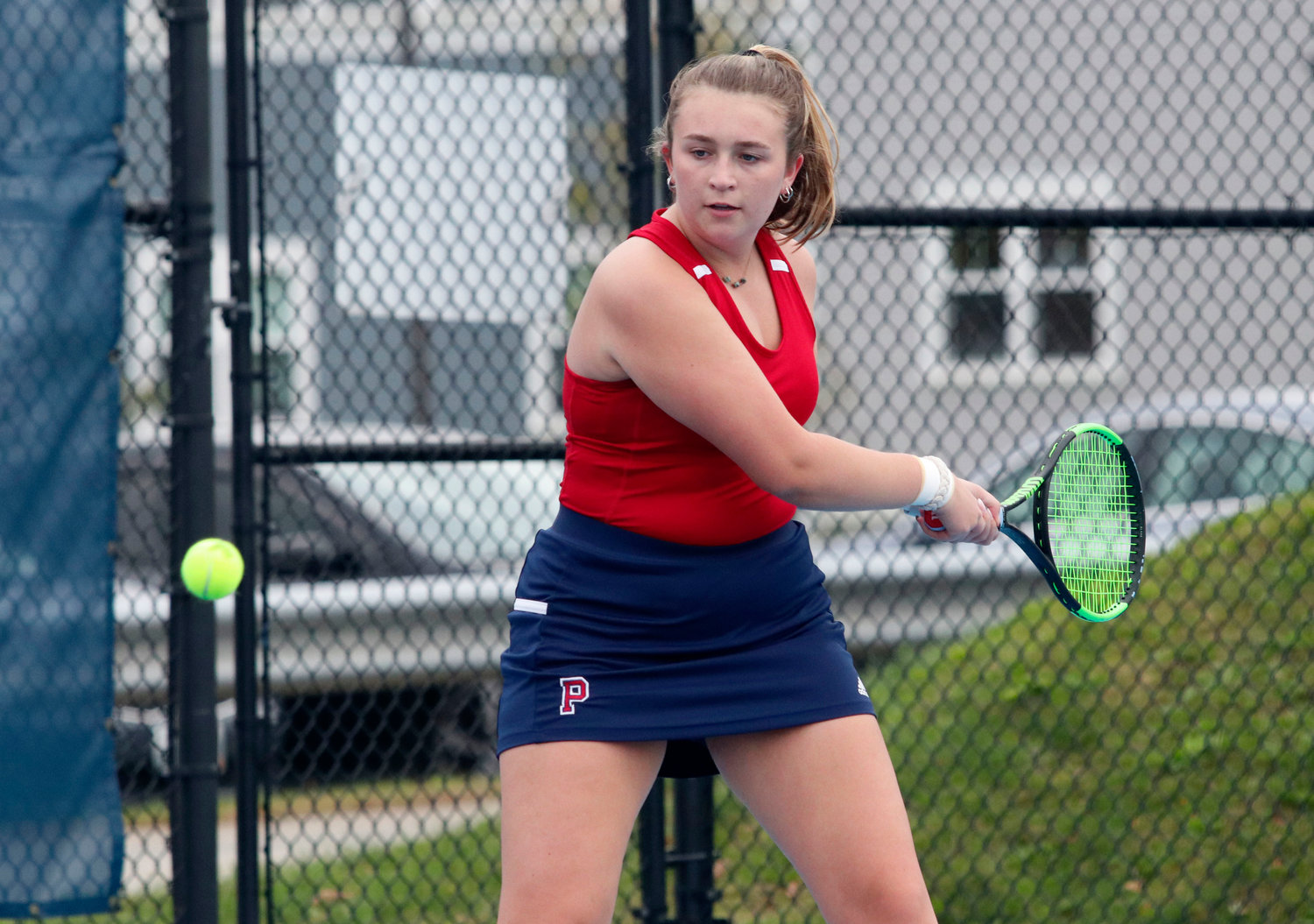 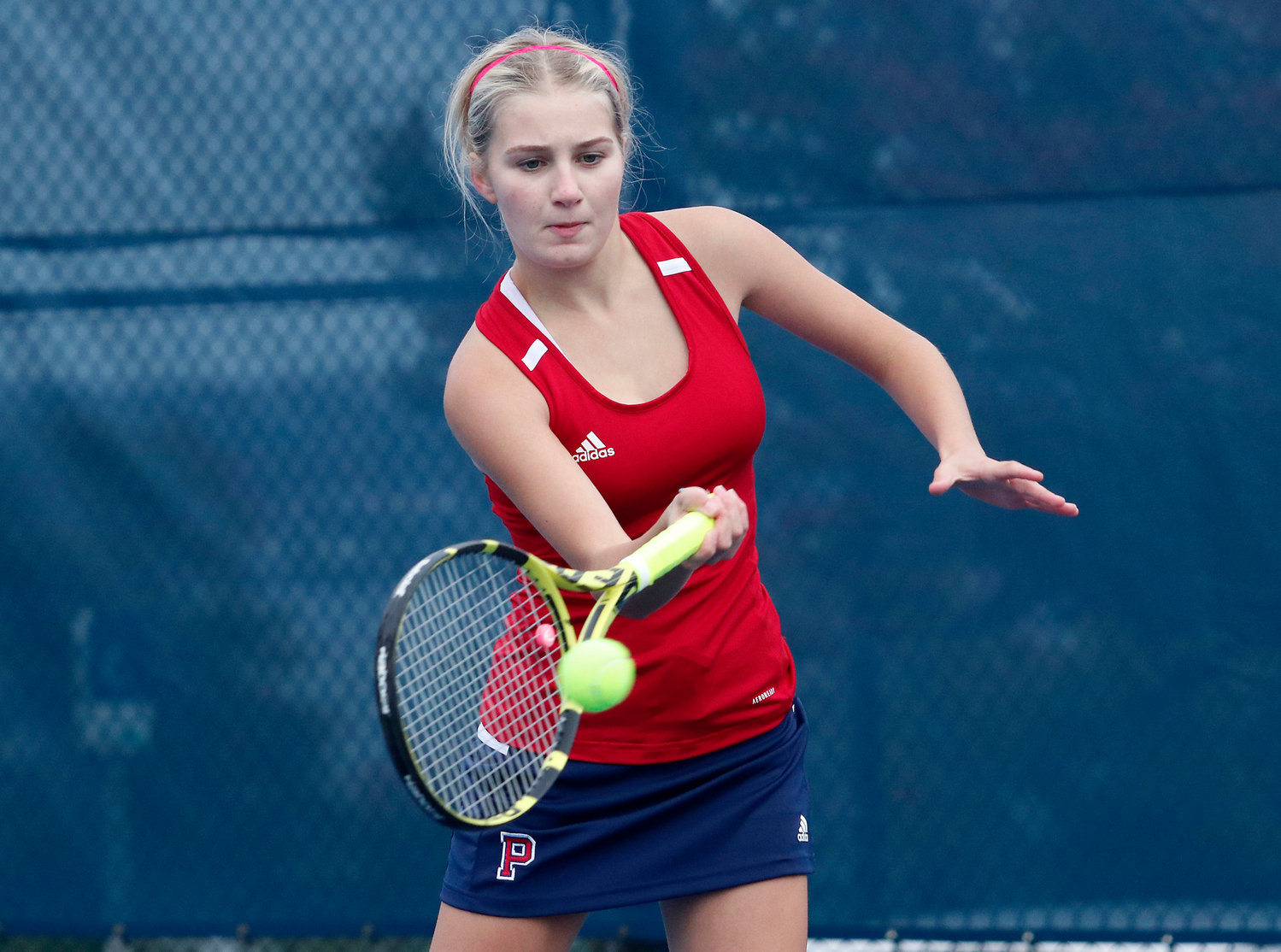 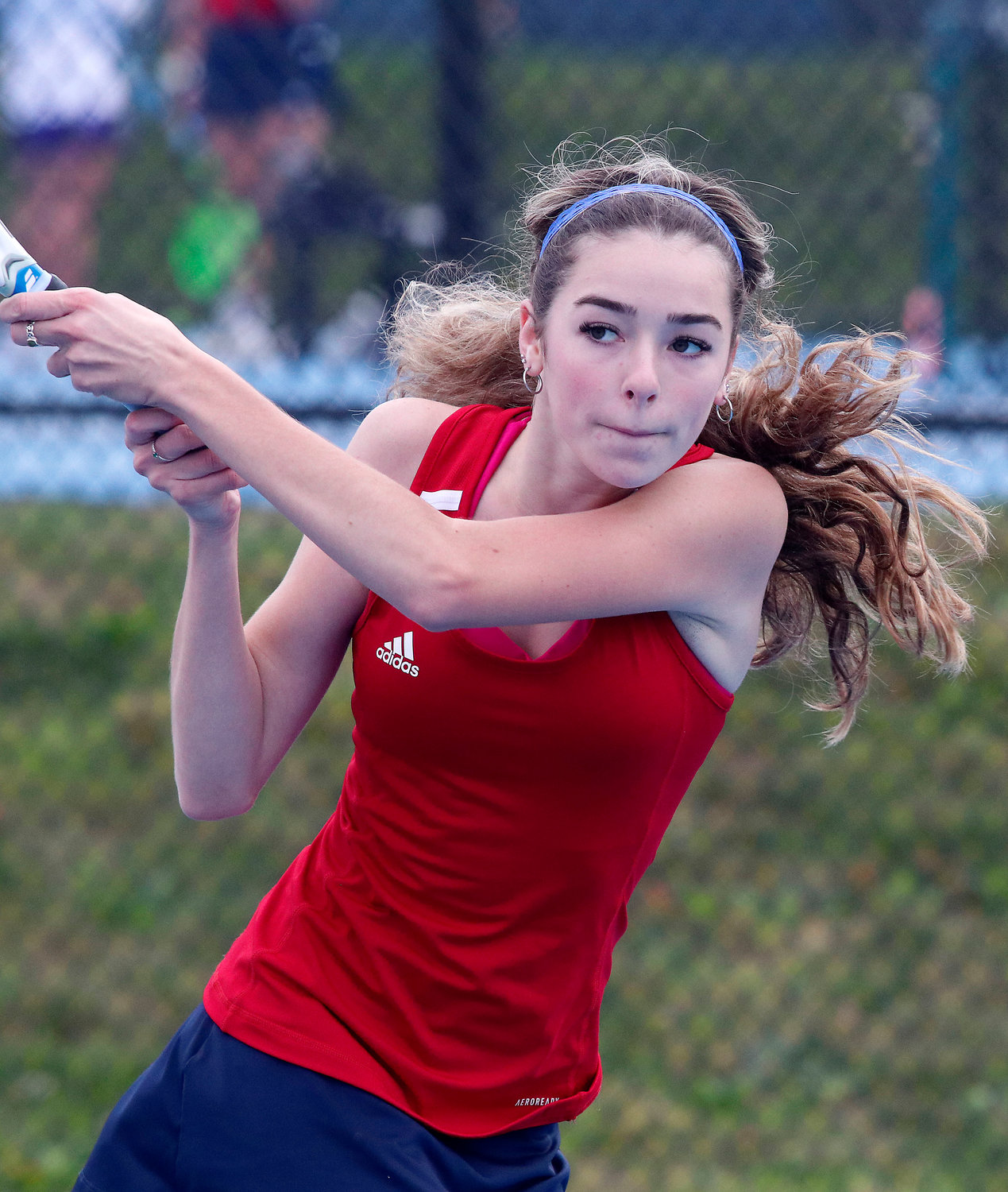 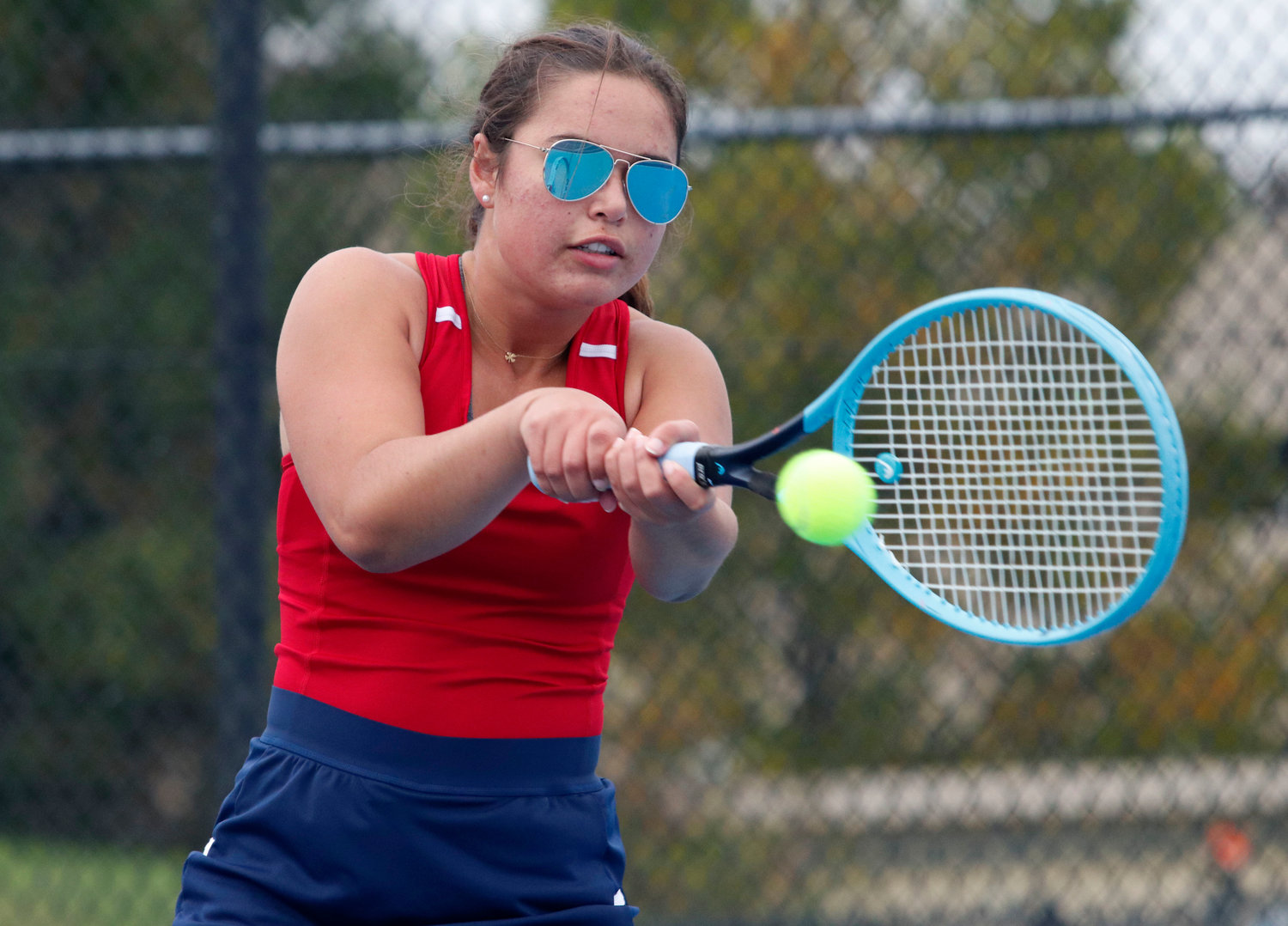 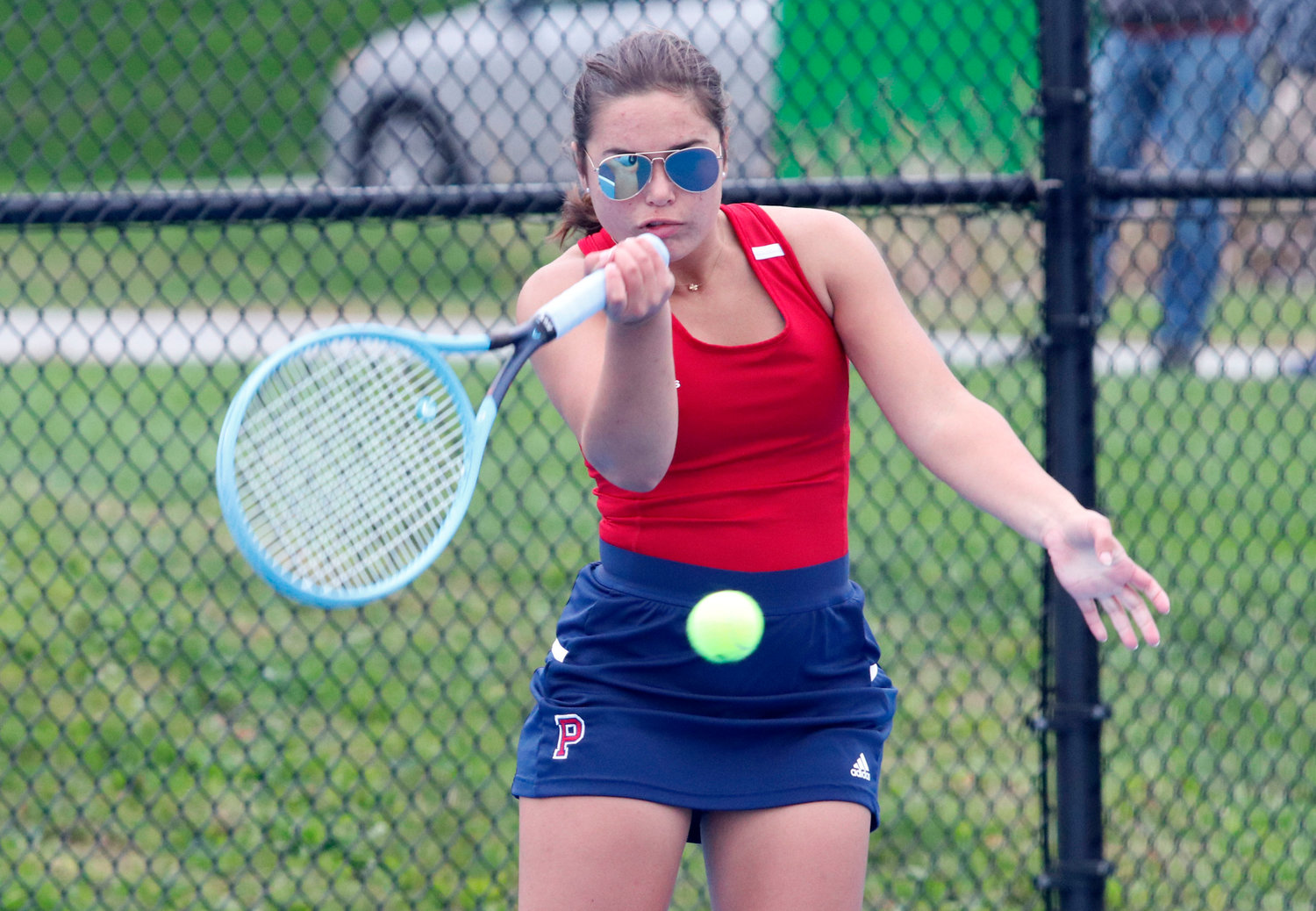 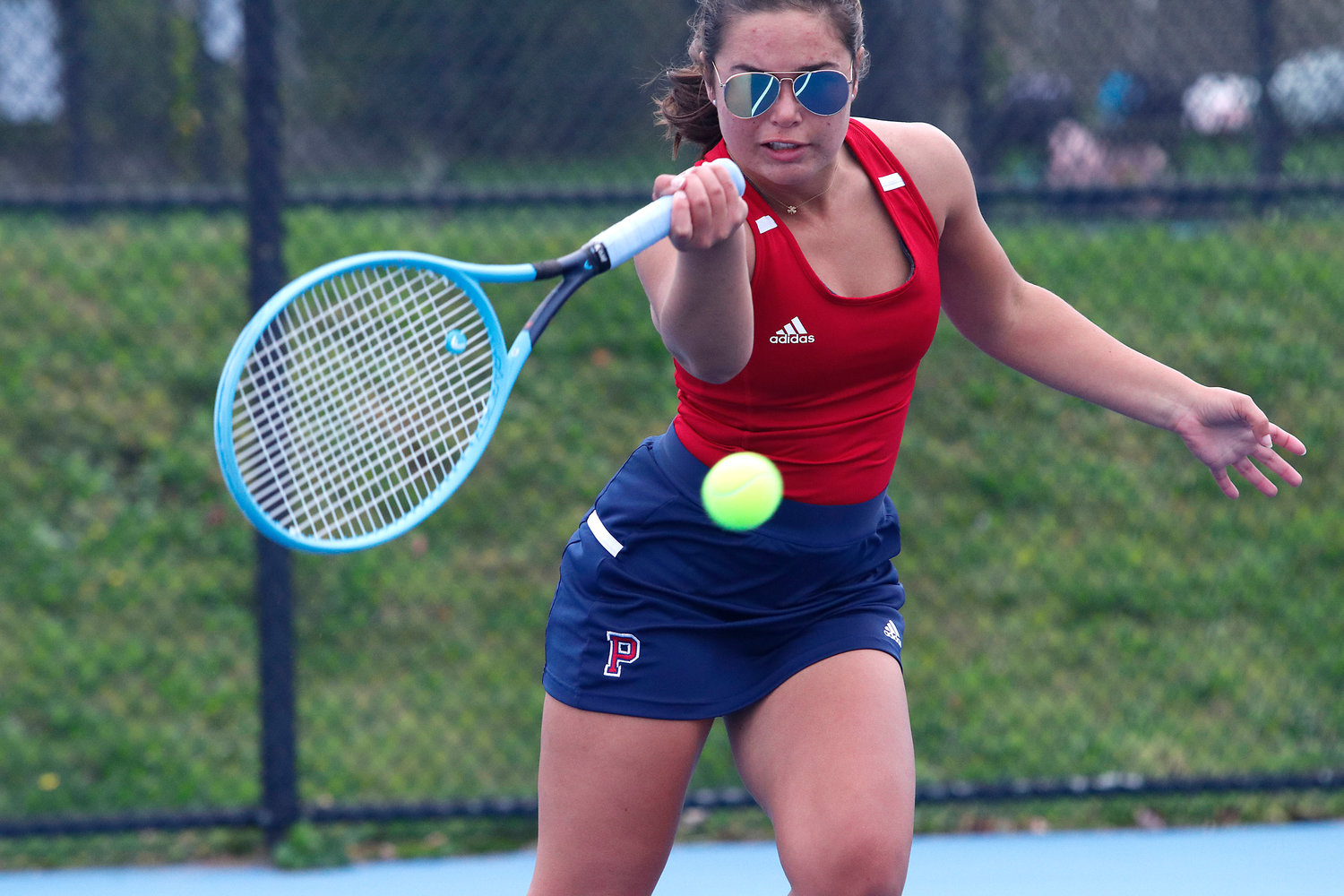 BRISTOL — Despite a 16-2 record and earning the No. 1 seed in the Division II playoffs, Portsmouth High’s girls’ tennis team was knocked from the state tournament Friday when Mt. Hope avenged its regular-season loss to the Patriots.

The Huskies prevailed in the semifinals, 4-2, and advanced to the state championship game against Prout.

Eva White, the Huskies’ No. 2 singles player, was the first to score a point for Mt. Hope, beating Portsmouth’s Dylan O’Connor in straight sets, 6-1, 6-2.

Talus Nightingale of Portsmouth defeated White's sister, Elsa, 6-4, 6-4, in the No. 1 singles match to even the score 1-1.  White, a sophomore, played well, but had difficulty with Nightingale's strong ground strokes and crosses.

The rest of the matches went three sets. The Huskies’ No. 4 singles player, Ella Quesnelle, beat Portsmouth’s Brooke Morrissey in three sets, 6-2, 4-6, 6-4, to give the Huskies a 2-1 lead.

The Huskies’ No. 1 doubles team, Aditi Mehta and Emily Marino, battled back after the losing the first set to overcome the Patriots’ Abbie Dutra and Emily O’Connor, 3-6, 6-2, 6-2, to give Mt. Hope a 3-1 advantage.

In the far court, many players and fans walked down to watch an epic match between No. 3 singles players Kat Deus of Portsmouth and Cate Merriam of Mt. Hope. Merriam held a 5-4 advantage in the third set, but Deus who battled back, using drop shots and lobs to disrupt her opponent and move her off the baseline. The steady Merriam tied the set, 6-6, but lost the tiebreaker and the match, 6-1, 2-6, 7-6 (7-3), dropping the Mt. Hope lead to 3-2.

As the No. 3 doubles teams began their match at midcourt, Hayes and Dufficy were weaving their gem. They lost the first-set tiebreaker and went down 4-2 in the second set. The pair fought back to even the set 6-6 and win the tiebreaker 7-3. With the hard part over, Hayes and Dufficy breezed through the last set, 6-1, and sealed the deal for the Huskies.

“The girls played awesome,” Mt. Hope coach Geoff Keegan said. “We played well at all of the singles and doubles spots. We feel good about what’s to come.”

The Patriots may have bowed out of the tournament, but not without making head coach Mark Heddon proud.

“They have a real good mindset — a very competitive mind skill. I like that,” said Heddon, who’s been coach for the past three seasons and has been blesses with good teams each year,

“The first year, they lost in first round of playoffs. The second year they were the No. 1 seed and lost in semifinals to Smithfield. And this year they’re doing it again,” he said.

The team managed to make the semis despite losing some real talent last year.

Fortunately, the team had Kat Deus and Brooke Morrissey, former doubles players who transitioned successfully to singles this year, he said. “They just moved right up and filled the gaps,” he said.

Heddon has known the two players since they were young girls. “I’m a tennis pro at Tennis Rhode Island and we have clinics all year. Brooke and Kat — I’ve had them since second grade. It’s an unusual thing for a high school coach to have a girl in clinics and lessons since they were 8 or 7 years old,” he said.

He’s also been impressed with the improved play of Dylan O'Connor, this year’s No. 2 singles player.

“Everything clicked last year,” he said. “I had her playing a few matches and she just embraced the feeling of singles and just walked right into it. She played No. 3 and No. 4 doubles, and now she’s playing No. 2 singles. That’s a story of maturity. She found out that little thing that wasn’t working before, and she found a way to make it work.”