The Mt. Hope High School wrestling team was recognized for its first state championship victory during the recent Town Council and School Committee meetings in Warren and Bristol. 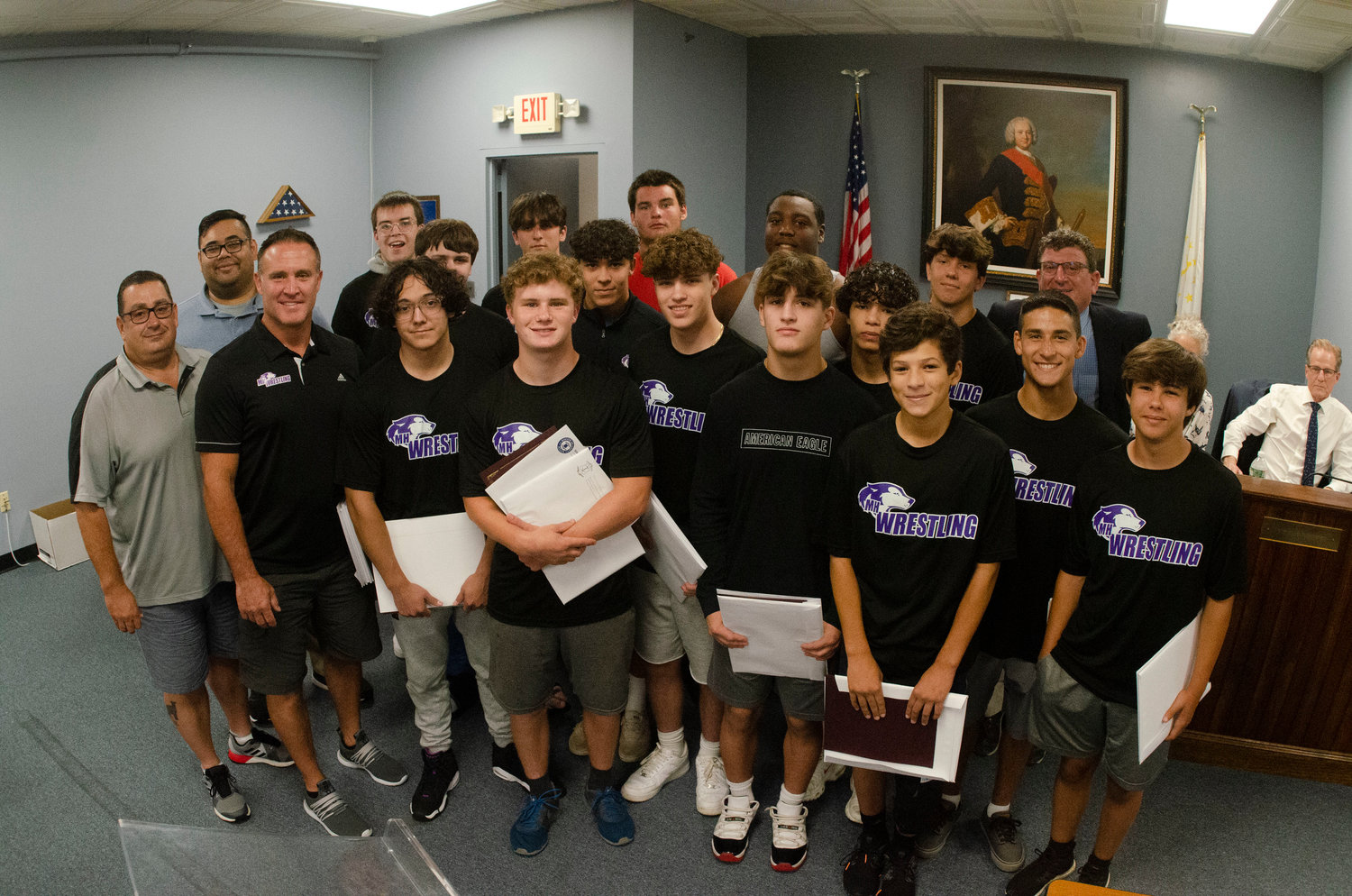 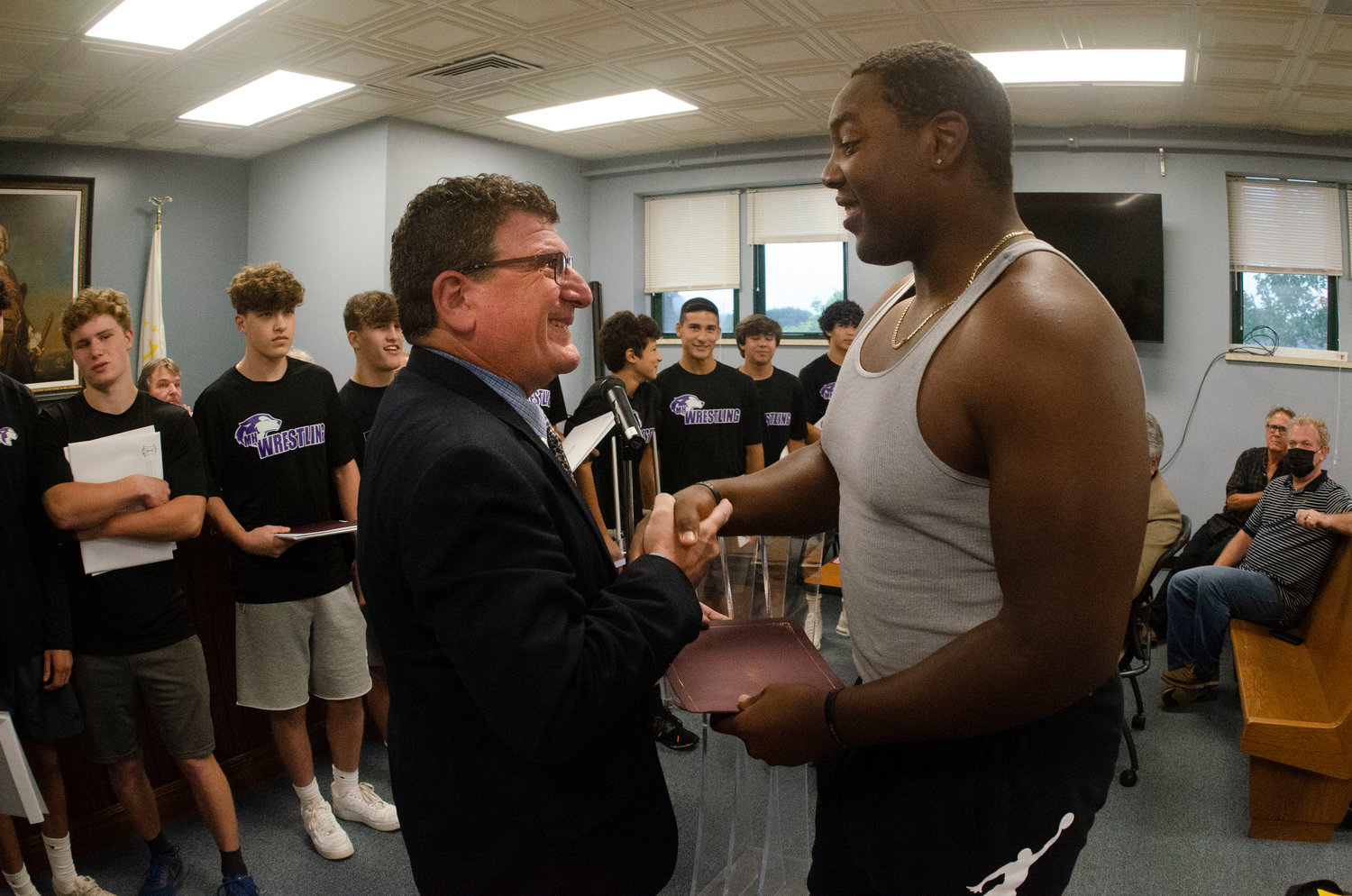 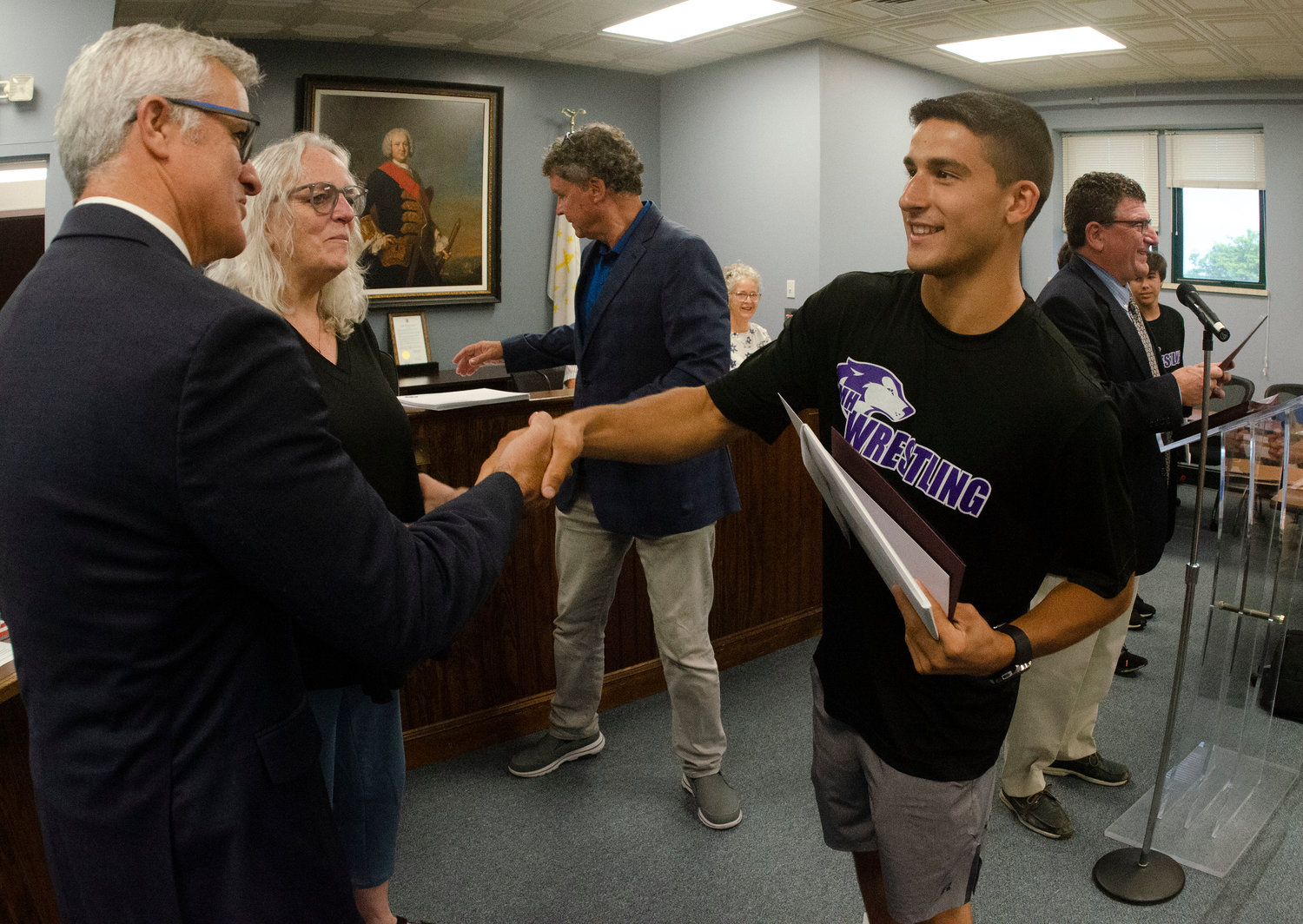 Mt. Hope High School wrestling head coach Eric Francis had an important message for the young boys he had recently coached to the school’s first ever state title — one that came not from some cheesy book of quotes about the arduous road to victory, but one that came as a result of his own past experience and recognition for how rare that feeling truly was.

“Boys, I don’t know if you’re feeling it yet, but some day when you’re an almost 50-year-old man like me and you’ve been a half point away from having a state championship and never having won it, you guys can always say to your kids — some day when you walk in there —and say ‘I was a part of that trophy,’” he said. “And it’s something you’ll always have your entire life. I’m proud of you.”

Mr. Francis and the entire team were recognized as the top agenda item for last week’s meeting of the Warren Town Council, and were then again recognized at the top of the agenda by the Bristol-Warren School Committee.

“We are proud of the record you have earned and the fine publicity you have brought to our community by your inspired team play,” said Councilor Joe DePasquale, himself a former wrestler, as he read off the town’s proclamation of congratulations. “Therefore, be it resolved that we the Warren Town Council join with the family and friends of the 2021 State Wrestling Champions and extending the congratulations of all citizens of the town of Warren on their extraordinary accomplishment and their outstanding wrestling season.”

The Huskies outscored Bishop Hendricken High School 197 to 176 during the RIIL State Championship at the Providence Career and Technical Academy on June 26. Coach Ryan Fazzi spoke about how they had to overcome multiple types of adversity to get to the top of the Rhode Island wrestling world.

“I felt it in the room from when I first came to Mt. Hope that we wanted to be a good team. This year, with COVID-19 we didn’t even know if we were going to have the season, but we had kids train during the offseason and practice real hard and keep their weights in control,” he said. “I am so proud of these kids and the young men they’re becoming. They all practiced incredibly hard. Realistically, this wasn’t a win that was easy for us. We lost a couple times this season, but we showed at the state tournament why we’re the best.”