Second Democrat so far to run for open seat

PORTSMOUTH — There apparently will be a Democratic primary in the race for the Rhode Island Senate in District 11 which is being vacated by James Seveney due to retirement. This week Matt …

Second Democrat so far to run for open seat 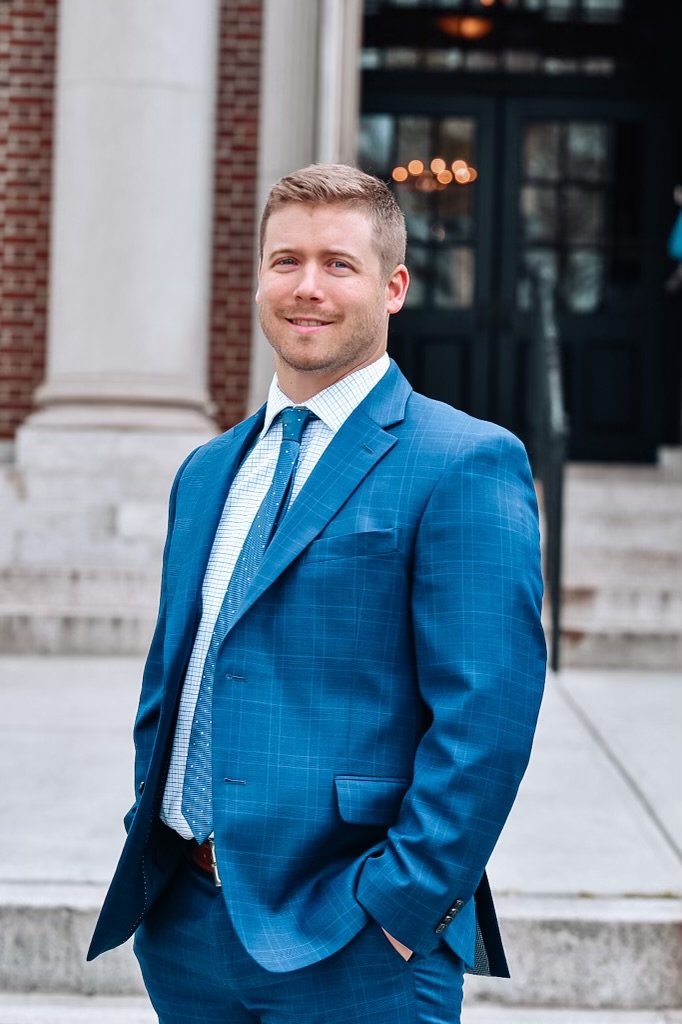 Matt Chappell is running for the District 11 state Senate seat which is being vacated by James Seveney.
MECFOCUS
Posted Tuesday, June 21, 2022 1:04 pm

PORTSMOUTH — There apparently will be a Democratic primary in the race for the Rhode Island Senate in District 11 which is being vacated by James Seveney due to retirement. This week Matt Chappell threw his hat into the ring, as did another Democrat, Town Council Vice President Linda Ujifusa, last week.

A fourth-generation Portsmouth resident, Chappell practices law at his family’s law firm, Chappell & Chappell, and serves as a prosecutor for the towns of Tiverton and Portsmouth.

“As Sen. Seveney did during his tenure, I hope to provide accessible representation, strong government oversight, and be a leading voice advocating for all members of this community,” Chappell said.

A 2009 graduate of Portsmouth High School, where he played hockey, golf and football, he went on to attend Plymouth State University and Roger Williams University School of Law in Bristol. He’s an active member of the Rhode Island and Newport County bar associations.

“Service to community is something that my family holds dear, and its importance was instilled in my three sisters and I from a young age,” said Chappell, whose three sisters Kateri, Kelsi, and Molly all live and raise sfamilies in Portsmouth. “My grandfather, father and uncle have dedicated their professional careers to providing Portsmouth and East Bay residents with strong legal representation. They inspired me to choose a similar path after graduating from law school. From zoning matters to business issues and prosecuting criminal cases, I believe my legal experience to seek out and provide pragmatic solutions to the issues that face out community will serve me well if elected to the state Senate.”

As a prosecutor, Chappell said he understands the strengths and weaknesses of the state’s criminal justice system, and hopes to build on the Justice Reinvestment initiatives enacted by the General Assembly to ensure those impacted by mental health disorders receive the aid and treatment needed.

“Sadly, many of the individuals that I interact with are not there because they chose a life of crime, but rather because of underlying mental health issues. We can and must do a better job of identifying and treating these behaviors as a society,” he said.

If elected, Chappell said he’d also work to introduce legislation to preempt any U.S. Supreme Court ruling designed to undermine the rights of protected classes. In 2019, the General Assembly codified Roe v. Wade into state law, which will prove pivotal if the Supreme Court overturns the landmark ruling.

What goes into a safe and happy 4th?