Just about all musicians have big dreams of taking the stage before a cheering crowd. But many who grew up in Bristol celebrating the 4th of July hold on to a big small-town dream of playing the … 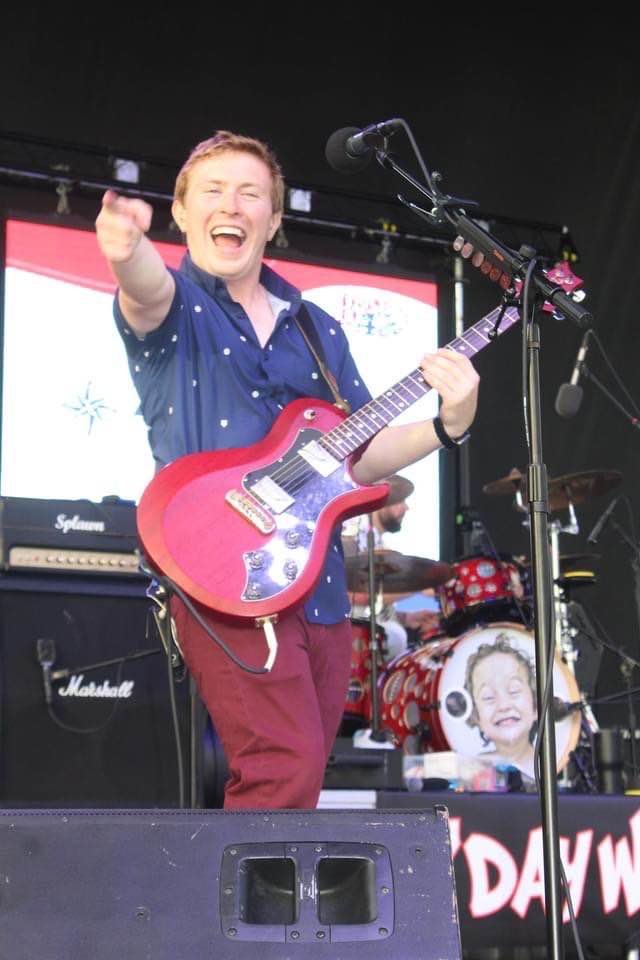 Just about all musicians have big dreams of taking the stage before a cheering crowd. But many who grew up in Bristol celebrating the 4th of July hold on to a big small-town dream of playing the Concert Series at Independence Park. It doesn’t have the seating capacity of Wembley Stadium, but for sheer sentimental value, playing before the hometown crowd is a dream come true.

It’s a dream that Tom Hanson, guitarist and vocalist for 7 Day Weekend, has had since he was a teenager at Mt. Hope High School (class of 2012). And it’s one he got to realize last year, when state Covid regulations moved the series to RWU. It was great, but not the same. This year, for the first time since 2019, Independence Park will be alive with music during the two weeks leading up to the 4th, and Hanson can’t wait to be a part of it.

Hanson has lived in Bristol just about all his life, not including the years spent at the University of Vermont where he studied statistics and music. The statistics provided the foundation for his current day job as a financial analyst with a small defense contractor, but music clearly has his heart. After graduation he did some work as a solo musician, released an EP and did a little touring — and he even spent a year performing on Carnival Cruise ships throughout the Caribbean and in California. “That was a really cool experience,” he said.

He connected with 7 Day Weekend about three and a half years ago.

“Playing with these guys is the most fun I’ve ever had,” he said. They play all kinds of venues, from clubs to private events, upbeat pop, rock, and dance covers, bringing that can’t-sit-down, nonstop DJ energy to their sets. “I prefaced last year by letting the rest of the band know that there would probably be a lot of lawn chairs out there,” Hanson said. “But everyone was up and dancing.”

“Last year was fantastic, but I’m thrilled to be at Independence Park this year,” he said. “I love the 4th. I have friends from high school still here in town, but even the ones that leave find their way back for the 4th.”

7 Day Weekend will be preforming at Independence Park on Friday, June 24; they will begin at about 7:45 p.m. following a performance by Jesse Liam.