‘A Letter To Our Daughters’, was selected as a winner of the 2021 Best Indie Book Award’s (BIBA) non-fiction category in December. 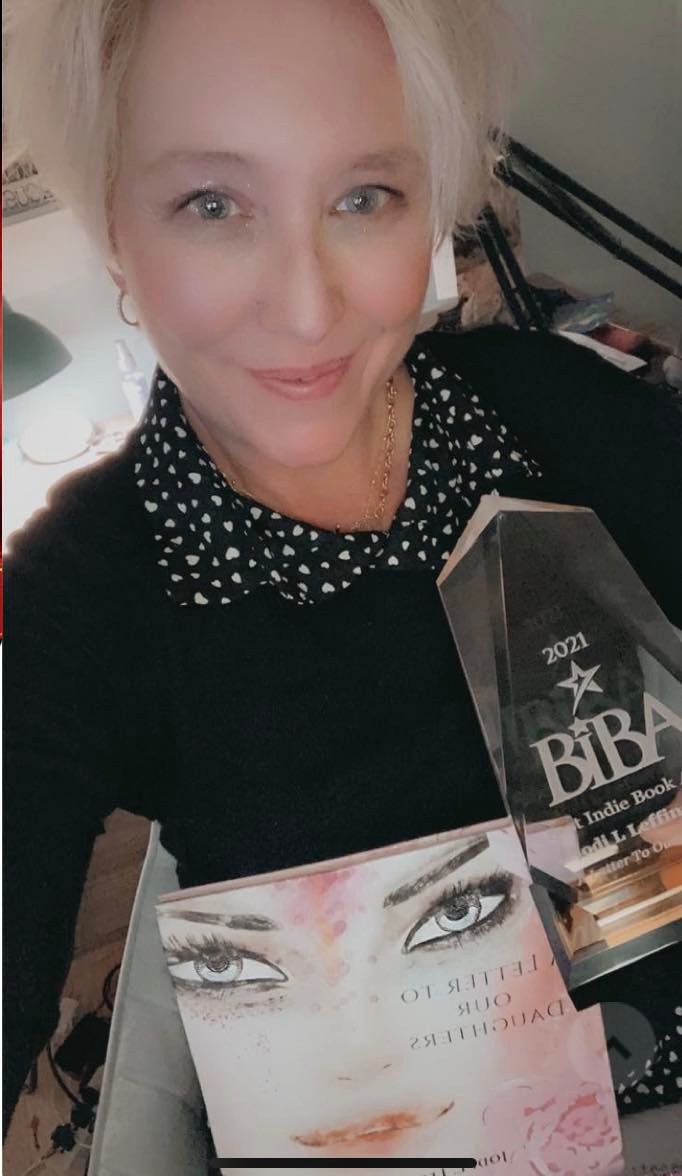 Dr. Jodi L. Leffingwell holding a copy of her book, ‘A Letter To Our Daughters’ and the 2021 BIBA award for non-fiction. 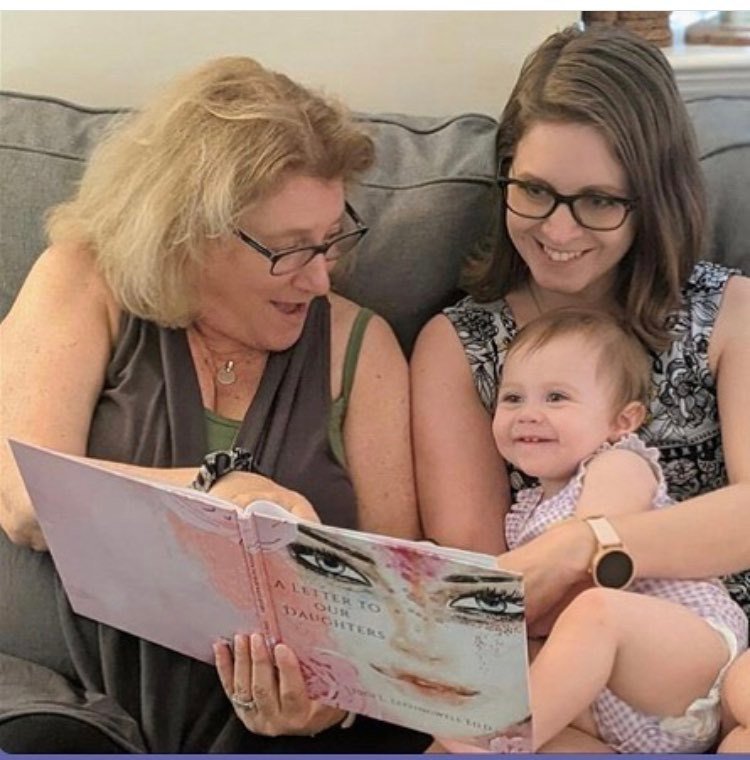 In a world where you may be subject to endless amount of negativity — online, on television, and even in person — there is something inarguably pleasant about opening up a book that reinforces an indispensable message of kindness, positive self-esteem and cherishing your own inherent human value.

It’s a notion that became apparent to Dr. Jodi L. Leffingwell, a Bristol native and current Warren resident, as she was sharing rough chapters on a book she was authoring at the onset of the pandemic about leadership among women. The book included a foreword in the form of a letter to her daughters, featuring some words of encouragement about how they could overcome obstacles to achieve anything, and it was this message that resonated most with those who read the rough draft.

“I didn’t realize the letter in the first two pages would be what stood out most,” Leffingwell said. “I decided to turn the letter into a gift book for inspiration for women and I spent a good week laying it out…It came out beautifully and took on a life of its own, I don’t even know how else to describe it.”

The book, titled ‘A Letter To Our Daughters’, was selected as a winner of the 2021 Best Indie Book Award’s (BIBA) non-fiction category in December.

“I had no idea they were even looking at it and I heard from them. It was really thrilling,” Leffingwell said. “And a little surprising as it was my first book written and published. To have it be recognized that way was beyond what I could have imagined, I mean, how can I top that?

A resounding message of encouragement
Leffingwell, who earned a doctorate in educational leadership back in 2014, doesn’t try to proclaim that the book includes some new school of philosophy or any sort of elite level concepts, but rather that it is the simplistic authenticity of the message that she finds to be so powerful when read.

“People want to give these books as gifts to remind someone of their potential and their talents and remind them that they're special,” she said.

The book compels its readers to overcome fear of failure in the name of growth, including the idea to be brave enough to be the person you are without fear of judgment. It emphasizes forgiving yourself when you make mistakes, and to never apologize for being happy. It denounces the pursuit of popularity in favor of searching for self-validity. It instructs readers that beauty and intelligence are not mutually exclusive.

One concept in particular stands out as paramount.

“It’s really simple — be kind,” Leffingwell said. “The two simplest words in the world — be kind.”

Leffingwell noted that her mother was a source of particular inspiration in her own life and, now, in her writing and as a professional in the leadership field. She recognized that kids have a tremendously tough time navigating a new world where images of manufactured happiness and idealistic, often-unattainable goals are everywhere.

“Social media has been a friend to me in many ways, but I also see how negative it can be. I have teenage daughters, and they have to overcome their own insecurities and own self doubt because they're always getting told what smart, beautiful, and talented looks like. It's a lot,” she said. “I’m going to be 50, and when I was growing up it was hard enough. I had a mom telling me these things [in the book], and I think about how difficult it was for me as a kid without any social media at all.”

With this added societal pressure in mind, Leffingwell believes a book that espouses these concepts can be incredibly beneficial, particularly to kids who might not hear such a message often.

“The message is simple, it's direct, and it's all the things you wish you heard over and over again, not only when you're 15, but even if you’re 25 or 35, and even when you're 50,” she said. “I had a lot of men buy the book for their daughters and wives and girlfriends, and it was really exciting to see that. I think that there's something in it for everyone.”

More to come
Leffingwell said she is finishing up her original book concept on leadership for women, as well as a follow-up to her award-winner that is tentatively titled ‘Choose Love.” You can purchase ‘A Letter To Our Daughters’ on Amazon and at local book stores, including Barrington Books.

In addition to her mother, Leffingwell credited the late Christine D. Kavanagh, a former teacher at Bay View Academy, with helping her and so many other women through building up their self confidence, as a source of inspiration for the book.

“Not every woman gets to have those kind of women in their life, which is another reason that this book is so important,” she said.

Leffingwell said that anyone who buys the book and enjoys it is encouraged to send her a photo of them enjoying it with a loved one in their life.

“I got videos of grandmothers and their children and grandchildren. I got one of 90-year-old woman reading the book here in town crying. It's the most beautiful thing I've ever seen. Those are the moments you take away as the life changing moments,” she said. “I save all those photos and videos, and on days that are not so good, I listen and I look.”