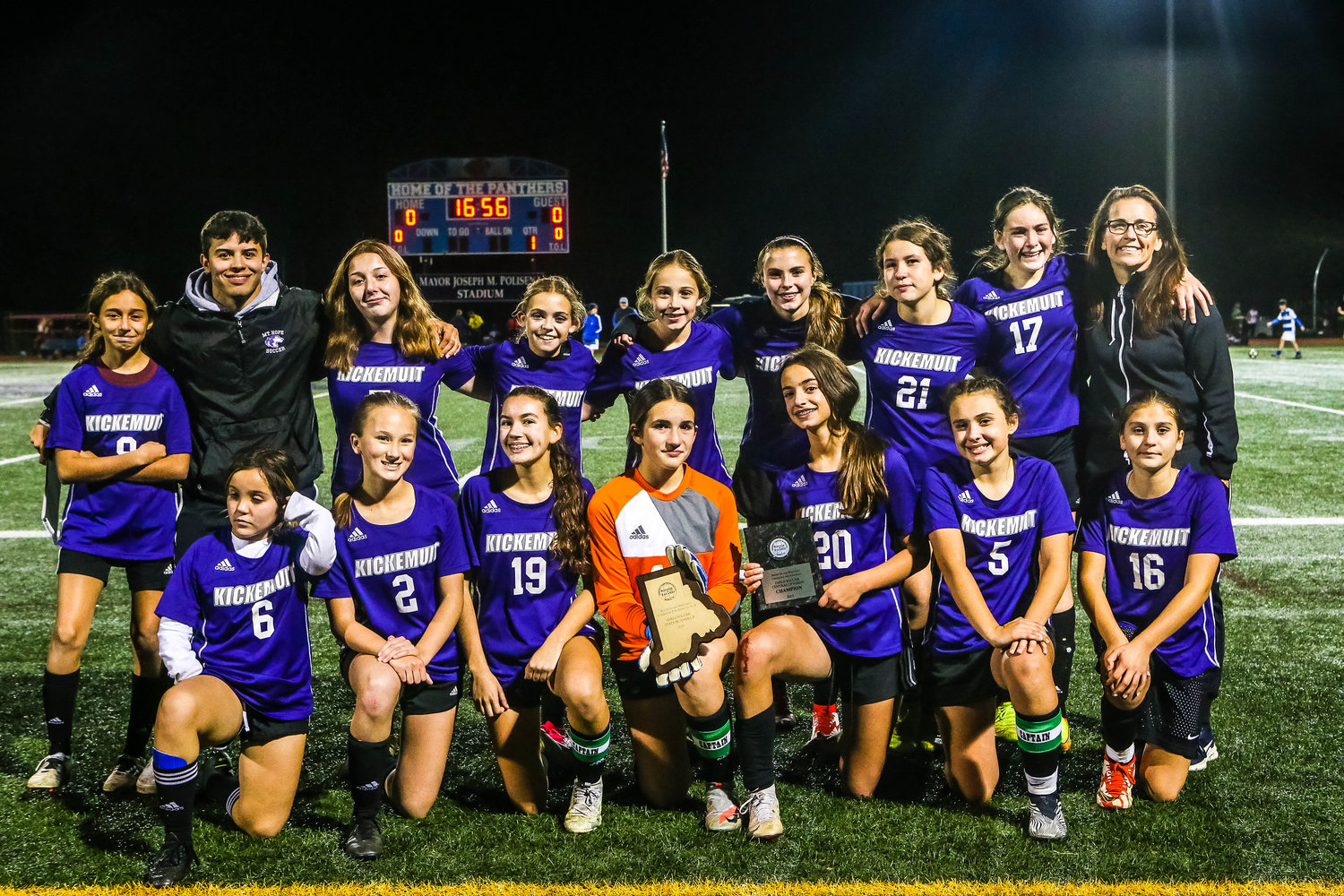 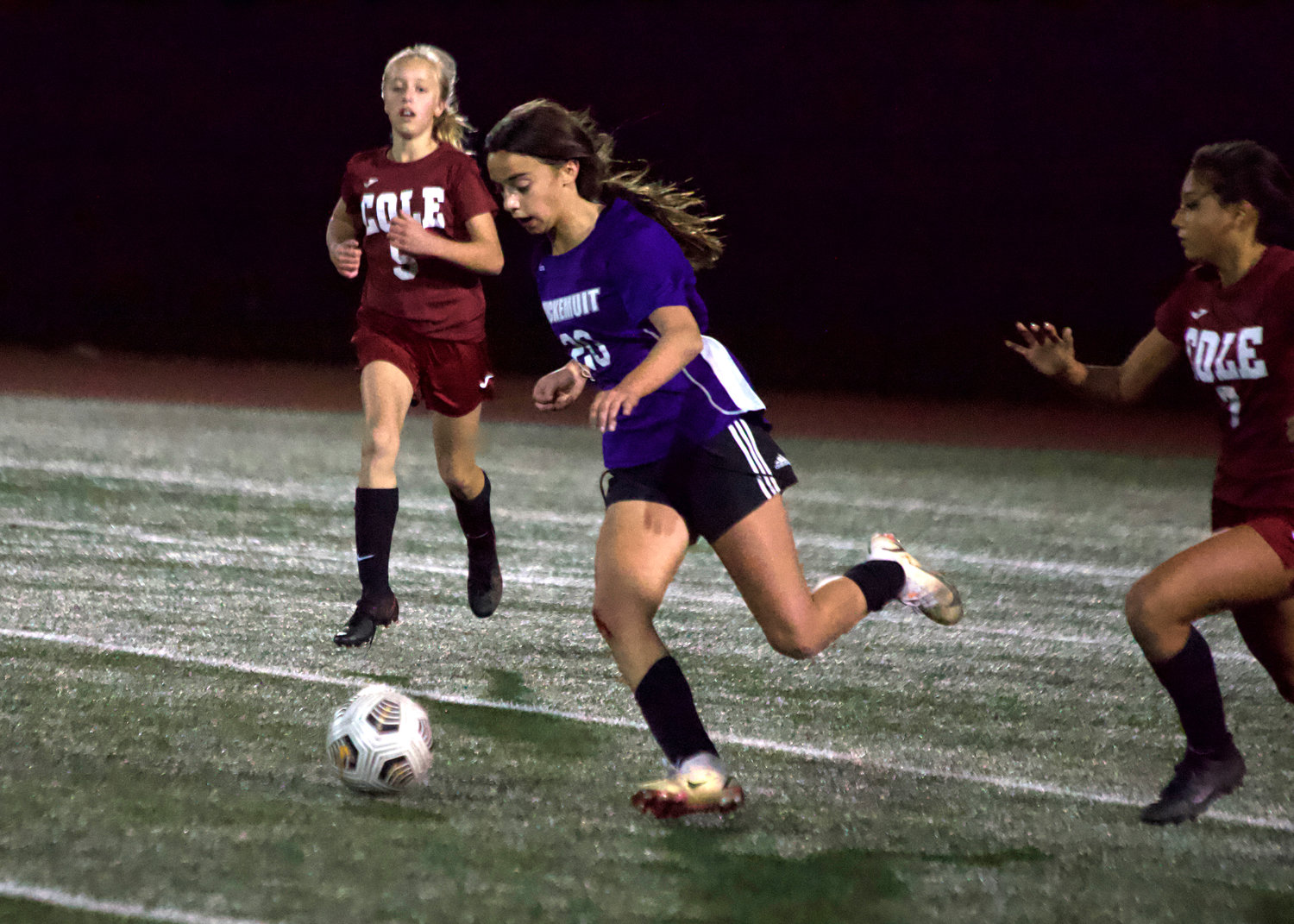 Thea Jackson, the lead goal scorer for KMS, goes on the attack during the championship match against Cole Middle School last Tuesday.
Previous Next
Posted Friday, November 12, 2021 10:46 am
By Ethan Hartley

The Kickemuit Middle School girls’ soccer season ended in a disappointing but thrilling fashion, as the Huskies fell 3-2 to Cole Middle School of East Greenwich during the championship match held last Tuesday in Johnston.

The Huskies went down 0-2 in the first half, only to battle back with two second-half goals that forced overtime penalty kicks, where the teams traded goals and tied 4-4, leading to a final round of extra penalty kicks where Cole eventually scored the winning goal.

But what happened on the field is not the whole story. Kickemuit was forced to play the championship match without six starting players due to a COVID-19 exposure incident that occurred during team’s semi-final matchup against Cumberland the previous Friday. The Huskies dominated that game 5-0, but a player on Cumberland tested positive following the game, forcing some of Kickemuit’s top players to sit out of the final match during a mandated quarantine.

“It was crushing for it to end the way that it did because we missed those players, but the way the rest of the team played at the end, they gave everything they had,” said head coach Karyn Noonan. “It wasn’t as hard of a loss to take because of the way they showed up.”

Prior to the semi-finals, KMS beat Chariho in their quarterfinal game 4-2, and finished on top of the league during the regular season with an 11-1-0 record.

Noonan made special mention of the team’s three 8th-grade captains, which includes Madison Butterworth (who scored one of the regulation goals in the championship match), Miley Boucher (who played multiple positions during the match due to the team being shorthanded), and Adriana Botelho (who transitioned mid-game from keeper to defense, and back to the net for the shootout).

Thea Jackson, another 8th grader who led the team in goal scoring for the season, netted a 30-yard into the corner of the net during regulation for the Huskies other goal.