Is Bristol in need of more protection for its historic structures?

The recent demolition of 135 Ferry Road, a highly-visible, unique Gothic Revival home, has left many wondering how this could have been allowed to happen. Why were existing regulations not enough to save the property?

Is Bristol in need of more protection for its historic structures? 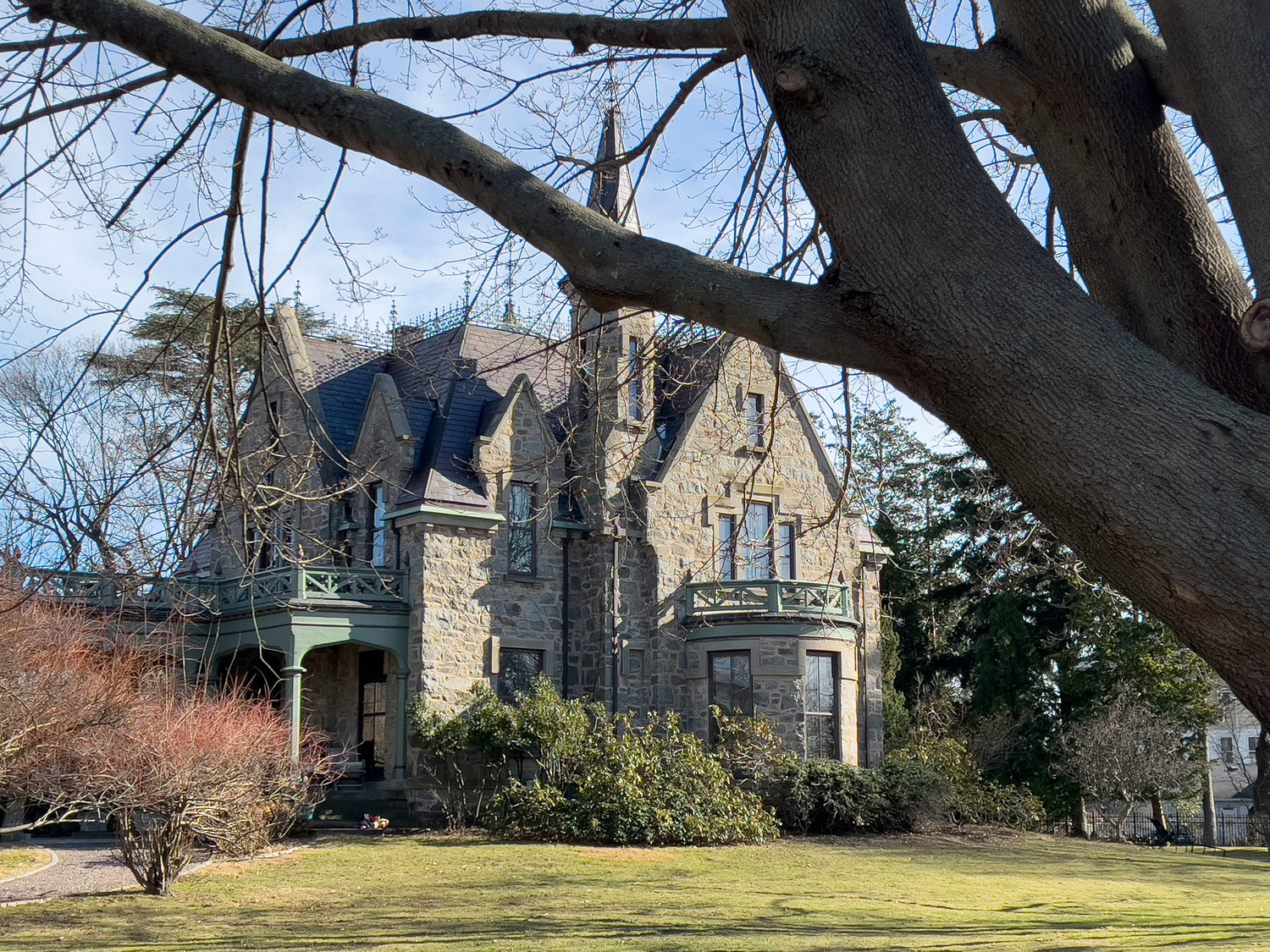 The Seven Oaks House, circa 1873, is a Gothic Revival home designed by the famous architect, James Renwick of New York, for former Rhode Island governor Augustus O. Bourn. It is a protected part of the town’s Historic District when it was created, and a development planned for a lot next-door was rejected based on that inclusion in 1987.
Richard W. Dionne Jr. 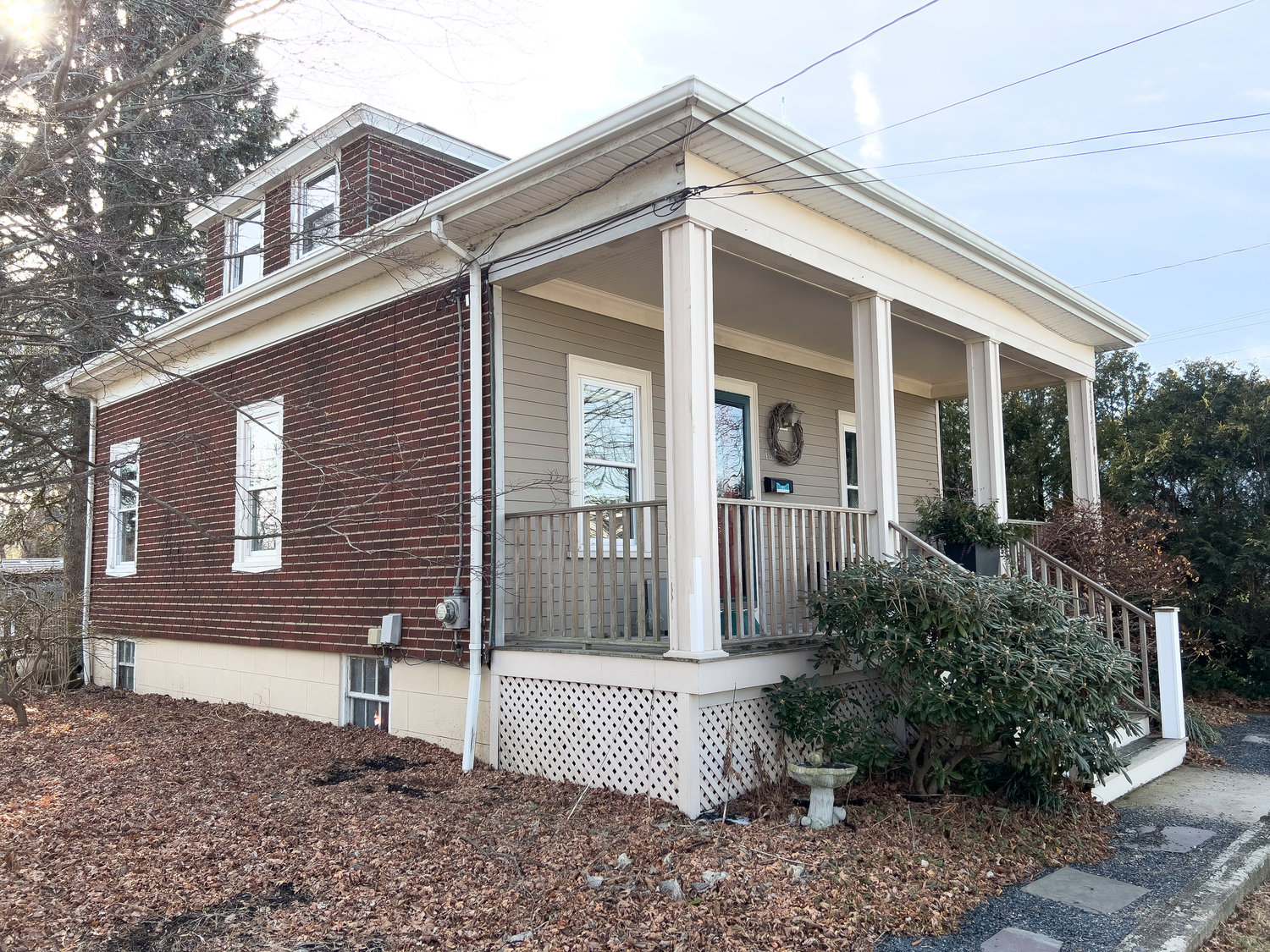 132 Bayview Avenue provides a more modest example of how an historic home can be preserved and maintained through thoughtful upkeep and renovations.
Richard W. Dionne Jr. 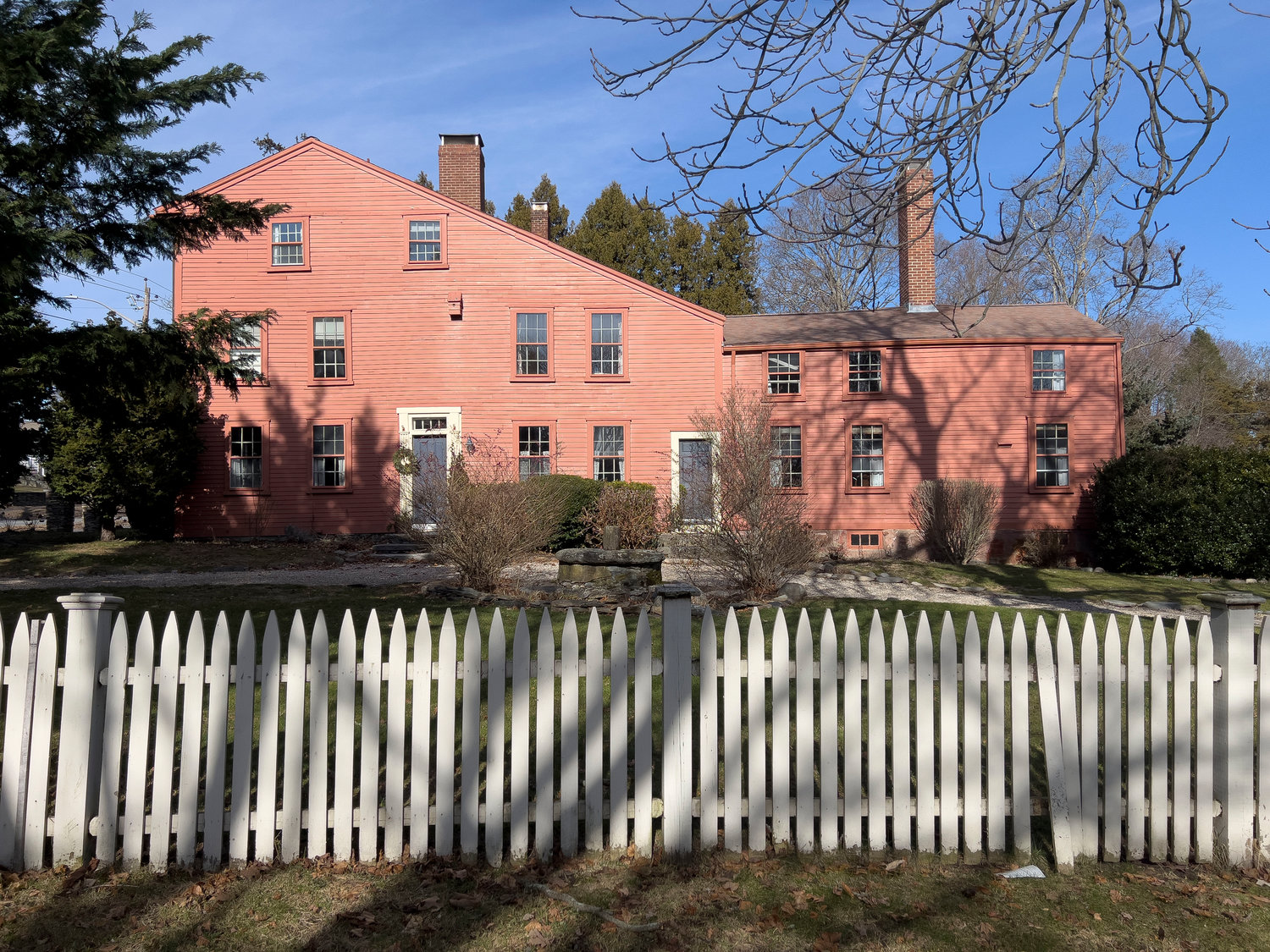 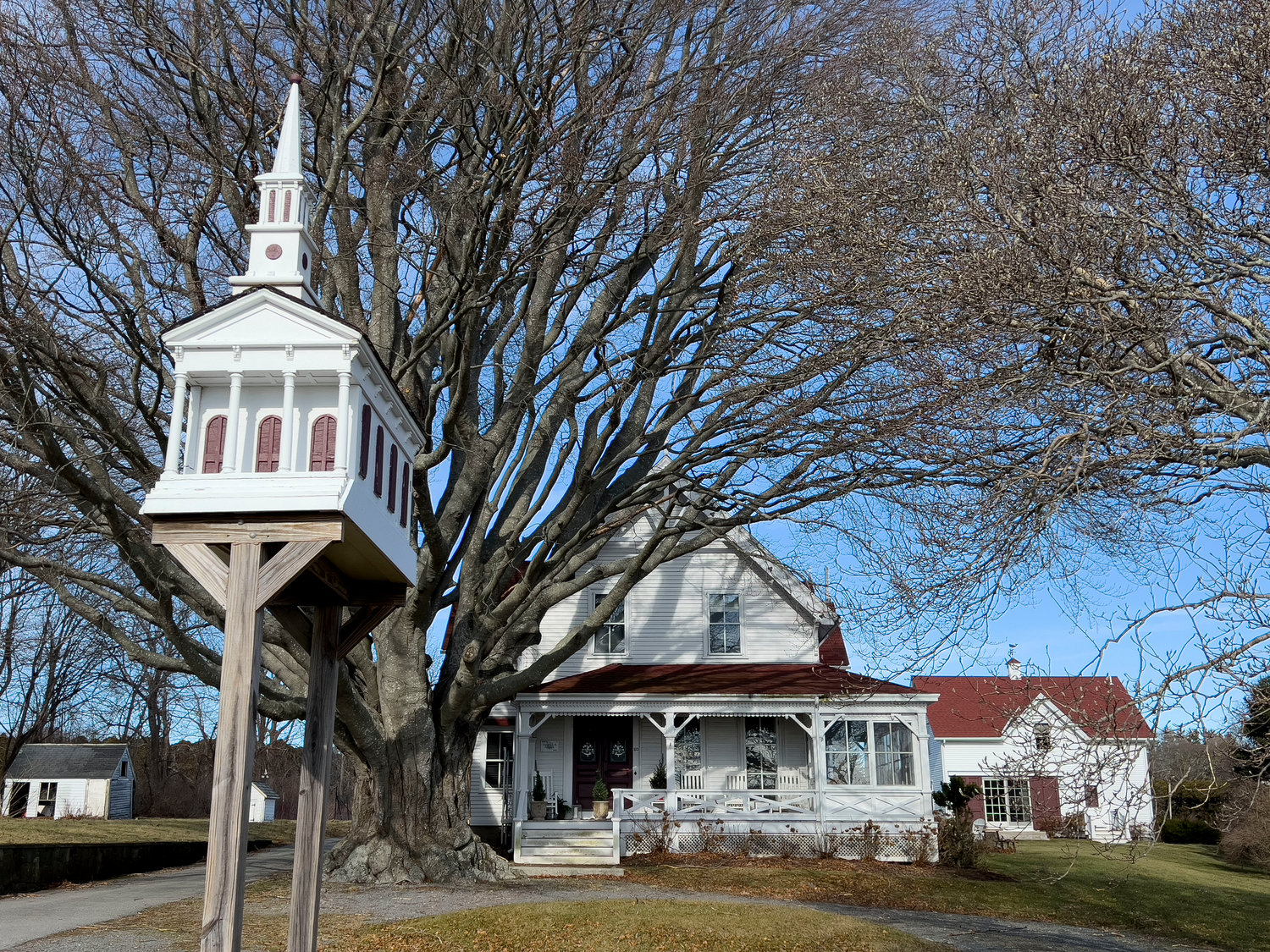 This house at 60 Poppasquash Road is a protected property under the Historic District, as well.
Richard W. Dionne Jr.
Previous Next
Posted Friday, January 20, 2023 11:45 am
By Christy Nadalin

The recent demolition of 135 Ferry Road, a highly-visible, unique Gothic Revival home, has left many wondering how this could have been allowed to happen — particularly in a town with a strong preservation ethic and active Historic District Commission. Why were our existing regulations not enough to save the property?

“That house should have been put on the National Register,” said Catherine Zipf, Architectural Historian and Director of the Bristol Historical and Preservation Society (BHPS). In talking with some of the players involved with the original establishment of Bristol’s Historic District in the 1980’s, Zipf learned that the district was initially met with pushback from members of the community who were concerned with what it would mean for their property rights.

“When the Historic District was first established, it was controversial,” said Zipf. “So organizers asked for less than they probably should have.” Several neighborhoods that should have been included in the district were not. Outside the limited boundaries of the district, some other top-tier properties were cherry-picked for inclusion, properties like Seven Oaks and the Reynolds House, many of which are also listed on the National Register of Historic Places. “Everything else was left out,” said Zipf. “I don’t think anyone imagined this being the end result.”

For clarity, the BHPS is a non-profit dedicated to education, research, and the collection and preservation of historic objects, completely unrelated to the Historic District Commission (HDC), a town-appointed board that advises, approves, and denies applications for modifications to properties within the Historic District, which currently stretches roughly from Summer Street to Washington Street, from Thames Street to the east side of High Street, as well as the cherry-picked properties in other parts of town.

Chapter 14 of the Bristol Town Code establishes the authority of the Historic District Commission to approve or deny proposed exterior work to any property located within the local Historic District, which passed the Council unanimously when it came up for a vote in May of 1987 after public hearings and discussion.

Initially, the district was quite limited, running from Church to Franklin Streets and up to High, but encompassing the Town Common. Within 6 months, members of the public were pushing for its expansion as historic homeowners whose streets were left out of the district were advocating for inclusion.

There are currently more than 600 properties under the jurisdiction of the Bristol HDC, most within the Bristol Historic District. Additionally, 35 structures have been individually designated for HDC review because of their exceptional historical and/or architectural significance.

Saving history, piece by piece
Bristol’s HDC had not been seated long when they rejected their first application: an August 1987 effort by a Massachusetts developer to put 12 units, 1,128 square feet each, into a two-story building on the lot next to Seven Oaks. The plan, to take nearly 30,000 square feet from the lot on which Seven Oaks stands and deed it to the lot next door, was denied. The following month, an effort to encase a 1790 Federal house on Church Street in vinyl siding was also nixed. Since then, many more property owners have been encouraged to make alternate choices with their historic homes, to mixed reviews.

The HDC only impacts work which affects the exterior appearance of a designated property or its setting; paint color reflects personal taste and does not change the integrity of a structure.

“Most historic preservation in town is governed by the local HDC — they’re the group everyone loves to hate,” said Zipf. “They are the stick to the National Register’s carrot. Either one could have saved 135 Ferry Road.”
“Without either, the town did not have many options.”

Slowly but surely, historic properties that don’t enjoy protection from either entity have been getting demolished, from Low Lane to Metacom Ave. Two Historic District-protected houses, Usher Farm on Metacom Ave. and the French House on the northern end of Hope St., were recently demolished with HDC approval, due to their deteriorated condition. But 135 Ferry Road was, by every account, in excellent shape. But it was not listed with a federal, state, or local agency. It fell through the cracks.

How can a steward of a historic resource prepare for an uncertain future?
The (former) home at 135 Ferry Road has all the makings of a historic preservation poster child. According to Zipf, Bristol needs to take a full accounting of its historic resources so we know what’s out there. Any resident can voluntarily add their property to the Historic District, to ensure that any future modifications to their property will be done according to appropriate historical standards. A property owner who doesn’t want to be beholden to the local HDC could also attempt to list their home on the National Register, depending on the property. National Register properties are well vetted for their architectural or historical significance.

The BHPS has an agreement with Roger Williams University’s Historic Preservation department, teaching students how to write nominations. It’s a worthwhile endeavor for many properties, though it doesn’t happen overnight. The Gothic Revival property at 131 Ferry Road, just north of the Blithewold greenhouse, is undergoing review; as is the application of the Guiteras School, which is likely to be approved soon.

A homeowner could also apply for preservation easement with Preserve RI or Historic New England. Through that process you give over governance of the exterior of your property, much like the authority of the local HDC.

The numbers don’t lie — when we lose history, we all lose
You don’t really need a study to demonstrate that architectural and historical integrity benefits a community, provides a sense of place, draws visitors, creates jobs and enhances everyone’s quality of life, but we have plenty, regardless. One such study, commissioned by the Advisory Council on Historic Preservation (ACHP) and available at www.placeeconomics.com, sought to identify indicators to measure the economic impact of historic preservation over time. Here are just a few of their findings:

Affording an historic home
The economics of preservation are clear. Historically-sensitive home improvements are not always the most affordable, but they directly result in enhanced property values and economic development for the entire community. “Maintenance for historic property has challenges, but it’s important,” said Zipf. “Just recently, the thousands of people who came to Bristol at Christmas came to immerse themselves in this town’s historic environment. So why are we allowing it to be chipped away?”

While it makes sense for potential homebuyers to consider what they are getting into when they purchase a historic property — and if they are able and willing to take on the financial and moral responsibility of serving as a steward to a community’s shared history, there are several federal and state incentives available to assist property owners doing rehabilitation work on historic properties. These programs are available to property owners who own properties that are listed on the National or State Registers of Historic Places and/or Bristol’s local historic district.

A federal 20% income tax credit is available for the certified substantial rehabilitation of historic commercial, industrial, and rental residential buildings (not an owner-occupied residence) listed on the National Register of Historic Places as individual structures or as part of a historic district (like Bristol’s) and certified as being of historic significance to the district.

Zipf would like to see more available locally to incentivize preservation efforts, including property tax abatements to offset difference in costs incurred for historically approved changes.

She is also looking forward to sponsoring a community conversation about preservation, and discussing other legislative measures, including a demolition delay, similar to the one in place in Newport.

“I am outraged that a perfectly good home and all of its fixtures was shipped to the landfill in Johnston,” Zipf said. “A demolition delay forces a conversation beforehand.”

Zipf would like to see the historic district expanded to include the historic town plan as it existed in 1680: Washington to Walley, Thames to Wood, including the New Goree neighborhood, which was constructed by Bristol's free African-American population in the late 1700s. She also noted that Bristol is the site of Rhode Island’s first National Scenic Byway, the Revolutionary Heritage Byway — the 6 miles of route 114 running through Bristol. With it, comes more opportunities for federal and other grants for its upkeep and beautification.

“This is the experience of visiting Bristol,” said Zipf. “It’s literally our economic lifeblood.”

The BHPS is working on pulling together an accounting of houses in town that owners might consider voluntarily protecting, including several in the Highlands, Griswold, and Monkey Wrench Lane neighborhoods. A house certainly doesn’t have to be hundreds of years old to be worth protecting either — there are many fine examples of more recent architectural styles worthy of preservation. Zipf invites anyone who has questions about historic districting or other preservation opportunities to reach out to her at the BHPS, bhpsri.org or 401/253-7233.

As a community, Bristol has made great strides towards preserving its historic past, and has been reaping the rewards of the aesthetic, social, cultural, and educational benefits that come along with preservation. Concluding their lengthy report about the many measurable economic contributions of historic preservation, the Advisory Council on Historic Preservation probably said it best, writing that “…historic resources are the physical manifestation of memory…(and) a community without memory is a meaningless place.”