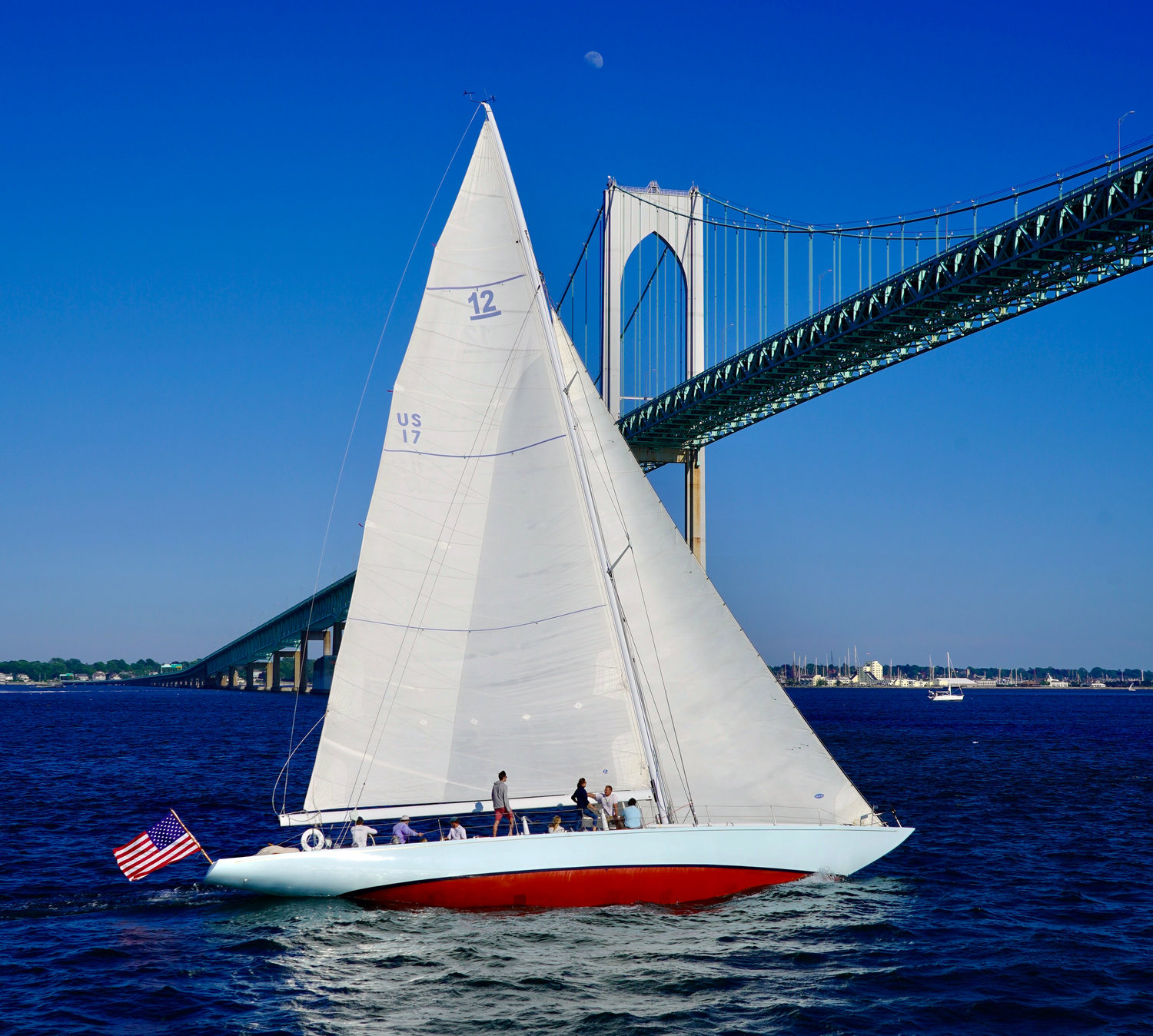 The Herreshoff Marine Museum / America’s Cup Hall of Fame hosted its first-ever 12-meter regatta on Sunday, June 20. The two-hour, two-race regatta was held off Rose Island in Newport Harbor under sunny skies with a cool 15-kilometer breeze out of the south. In other words, a perfect June day to be on the water.

The Chalice Challenge, as it was playfully named, was the result of four vessels being offered as a live auction prize for Herreshoff’s Perseverance Gala, a virtual event they hosted in December. The owners of these vessels, through the charter company ‘Americas Cup Charters,’ generously donated the vessels for two-hour sails.

Herreshoff trustee and Bristol resident Stevie Eddleston, however, had a better idea: “Let‘s put together a match race and pit these vessels against each other!” Reaching out to all of the winners to determine interest was met with a resounding yes. The naming of the race followed shortly thereafter with Director of Advancement Ted Regan and trustee Steve Eddleston brainstorming at Aidan’s.

The 12-meter vessels included: Onawa, Intrepid, Heritage, Weatherly and at the last moment another trustee and owner of a boatyard in Maine offered up Gleam to enjoin her 12-meter sisters on the bay.

Bill Lynn, Herreshoff Marie Museum CEO, created the race course. All of the teams worked hard trying to capture the Chalice Challenge but apparently the teammates aboard Intrepid worked the hardest as they won both races handily and emerged as victors, taking the crystal Chalice Challenge to the home of their team captain and another trustee and fellow Bristolian, Steve Kloeblen.

All teams and their professional crews met at the Clarke Cook House Sky Bar (aka 12M Yacht Club) for cold beverages, warm food and lively conversation.