In Portsmouth: 'Love at first spike'

PORTSMOUTH — With all of the recent snowfall we’ve been experiencing, maybe sand volleyball hasn’t been at the forefront of your mind lately.

But warmer weather is just …

In Portsmouth: 'Love at first spike' 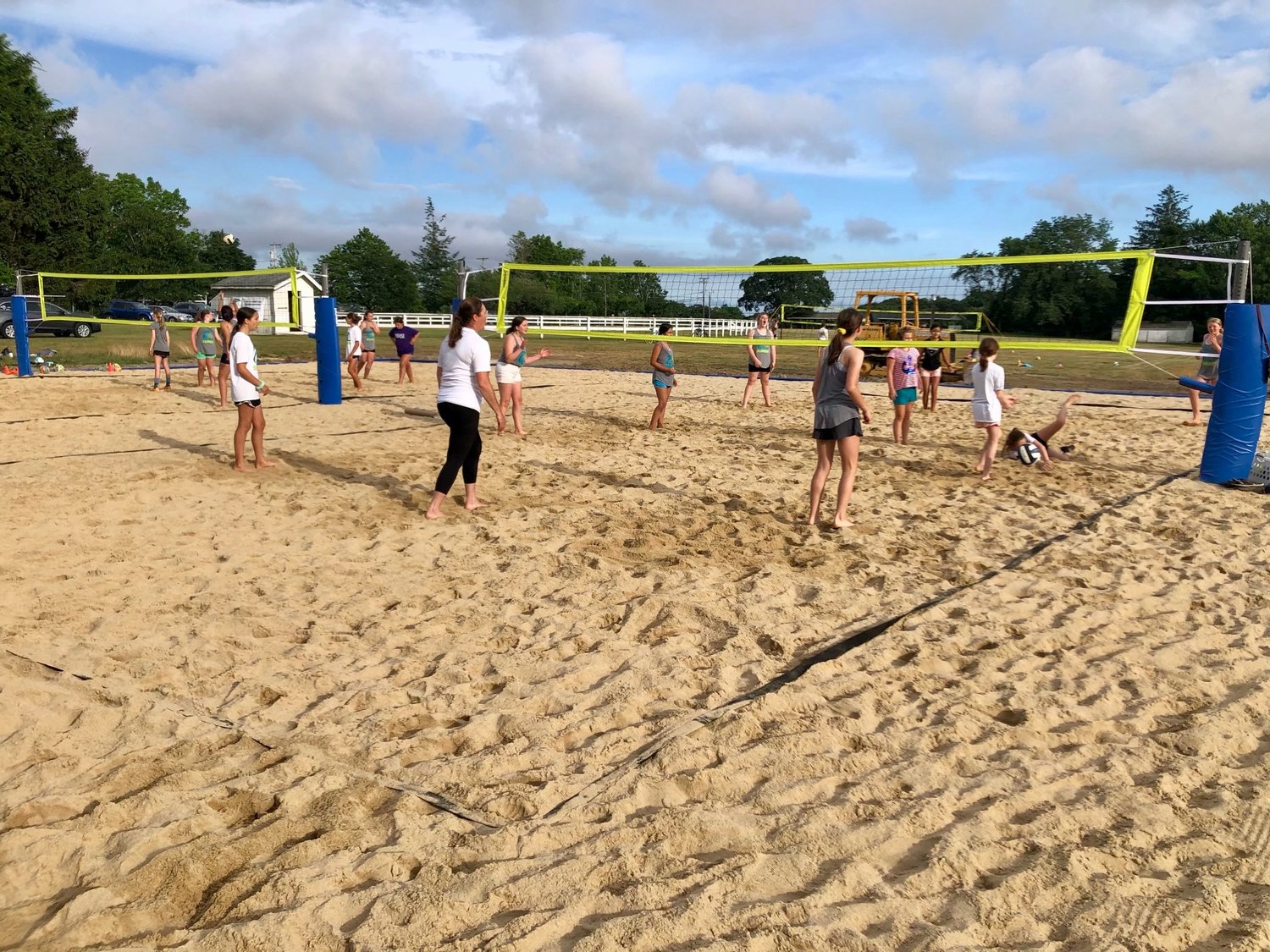 PORTSMOUTH — With all of the recent snowfall we’ve been experiencing, maybe sand volleyball hasn’t been at the forefront of your mind lately.

But warmer weather is just around the corner, and SURGE Volleyball Club RI has opened registration for its numerous volleyball programs at Glen Park this spring and summer.

Stacie MacDonald, youth coordinator, said the nonprofit organization offers clinics, clubs, leagues and tournaments for both females and males of any skill level, ages 8 to 18.

“Last year we had a couple of hundred, so I have to imagine it would be right around there — 250 or so between spring and summer,” she said.

As it did last year, SURGE is taking strict precautions due to the pandemic.

“We follow all the precautions sets out by the CDC — social distancing, sanitizing both the hands and the equipment. And, we stay in stable pods. It’s the same group of kids; we don’t intermix the groups for that six weeks or whatever you signed up for,” Ms. MacDonald said.

SURGE’s mission is to make volleyball accessible, educational, economical and motivational to those wishing to learn the sport, or build on their existing skills, she said.

“We’re a fun, safe, relaxed group with a terrific atmosphere for learning the game or improving,” Ms. MacDonald said. “It’s a great option if you want to stay engaged with friends. It’s a sport you can do your whole life; there are adult leagues that are out there as well.”

The organization, which has both sand and grass courts at Glen Park, reached out to local schools and has received a great response, she said.

“I hear people go, ‘I didn’t know about you. What a great program.’ The reception has been terrific,” she said.

Being a nonprofit, SURGE is always applying for grants to keep costs down. “That way it’s not a burden. We have scholarships as well,” she said. “It’s a pretty inexpensive sport; there’s no equipment involved if you want to play volleyball outside — maybe kneepads if you fall a lot.”

Anyone on Aquidneck Island or who’s from the wider East Bay area can sign up, not just players from Portsmouth. “We have kids who come down from Little Compton, even,” she said.

Although registration is now open, there’s no real deadline to join.

“We don’t pressure people on registration,” Ms. MacDonald said. “As long as we have enough kids, we’ll continue to make new groups, or pods. We’ll accommodate you whenever you decide to join."