While most communities skew toward the non-denominational ‘holiday’ brand, Bristol is proudly focused on ‘Christmas’

Among the many unique features of Bristol’s grand new holiday celebration is the branding of the festival itself. While most municipalities in this region host something with non-denominational …

While most communities skew toward the non-denominational ‘holiday’ brand, Bristol is proudly focused on ‘Christmas’ 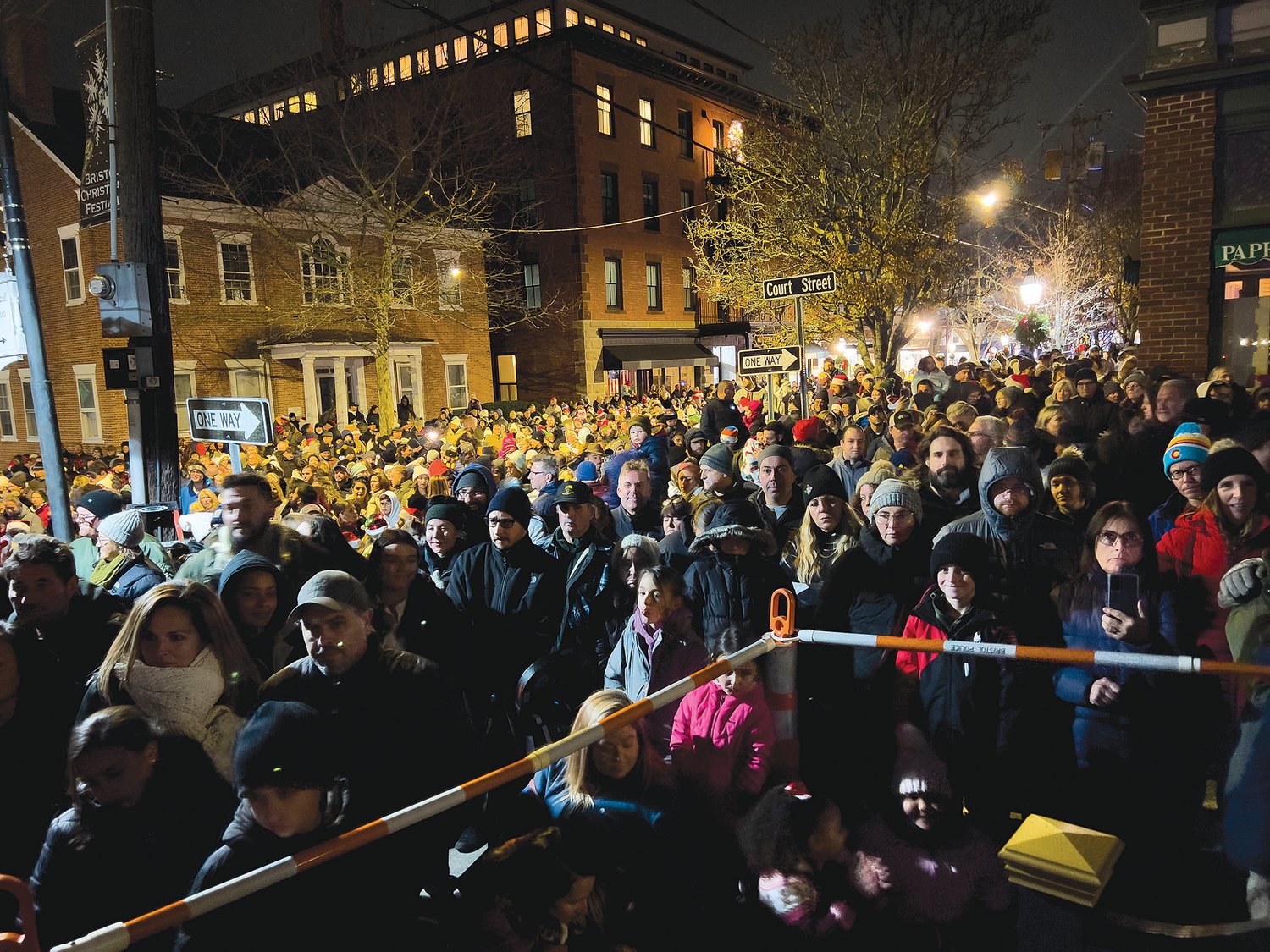 A huge crowd swarms close to the main stage as Bristol gets ready to light up its holiday season during the annual Grand Illumination on Sunday night.
Richard W. Dionne Jr.
Posted Thursday, December 8, 2022 7:00 am
By Scott Pickering

Among the many unique features of Bristol’s grand new holiday celebration is the branding of the festival itself. While most municipalities in this region host something with non-denominational messaging, Bristol’s program is solidly stamped as the “Christmas” Festival.

Other communities either avoided the “Christmas” branding, or moved away from it years ago. Speaking of Barrington’s holiday ceremony, which has been known by several names over the years (the “Festival of Lights,” “Barrington Glows”), Town Administrator Phillip Hervey said, “Over time it’s evolved to recognize that the town has many diverse belief systems and backgrounds. It’s about the community at large … Our intent is to make it broad-based. It is not for any particular group.”

Warren’s holiday festivities have never been organized by the local government. They originally began by the merchants as a way to attract shoppers, and they eventually passed to the leadership of Marilyn Mathison. Working mostly as a lone volunteer with no formal committee to back her up, Mathison organized the Warren Holiday Festival for nearly three decades.

She gave up the responsibilities this year and passed the baton to a new leader, but she’s proud of all that was accomplished over the years. The Warren festival has an identity that is quirky, fun, different — kind of like the town itself.

Asked about the branding of the event, Mathison said she never deliberately avoided “Christmas,” but she always felt the “holiday” theme was more inclusive.

For anyone wondering about separation of church and state, Bristol is on solid ground. The town’s legal counsel, Michael Ursillo, cited a 1984 U.S. Supreme Court case that actually originated in Pawtucket, R.I. A plaintiff challenged the city’s practice of using a nativity scene as part of its official holiday celebration.

According to Ursillo, the justices decided there was no violation of the U.S. Constitution because the Pawtucket government was not using the Nativity to clearly establish one religion over another. The nativity scene was a religious symbol mixed in with other symbols, like Santa Claus or a Christmas tree. “The court held that the establishment clause of the Constitution was not violated by the City of Pawtucket, because the city’s festival included less religious aspects … In other words, it’s ok as long as the religious components are mixed in with the secular.”

Ursillo concluded, “There are no legal issues with what the Town of Bristol is doing with its Christmas Festival.”

Today, Pawtucket hosts a “Tree Lighting” at an elementary school and a “’Winter Wonderland” in Slater Park.

Back in Bristol, Scarpino was bothered by questions about their branding and said it has never been questioned by anyone during his years of involvement with the committee.

“Christmas isn’t a religious holiday, per se,” Scarpino said. “Our focus is on Santa Claus and the spirit of giving. Nowhere do you see religious symbols. We’re at the secular end of the Christmas celebration.”

He continued: “It’s not a religious celebration. You can call it anything you want … When you see what we do, and what the purpose is, the name is irrelevant. What we’re doing is a good thing.”