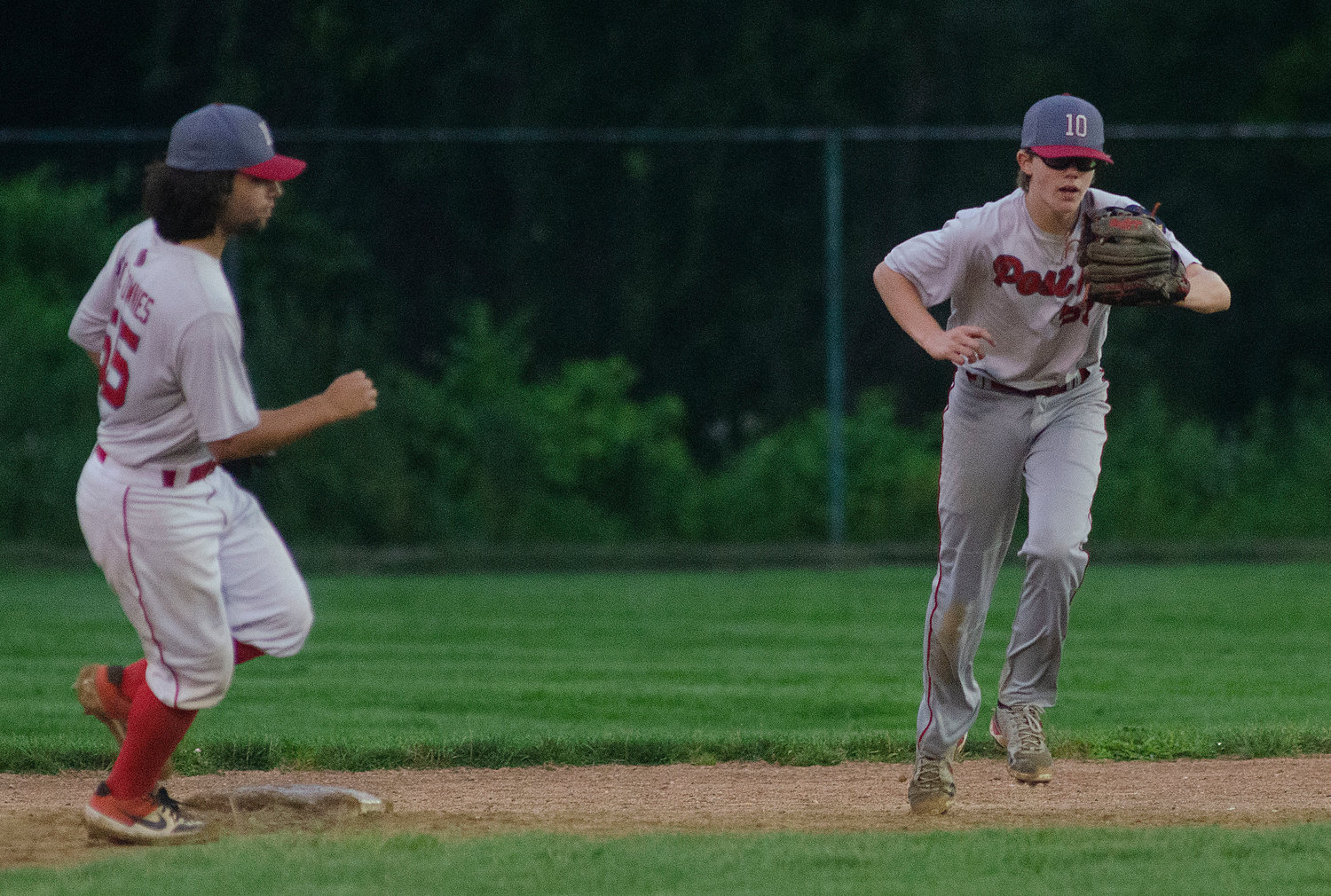 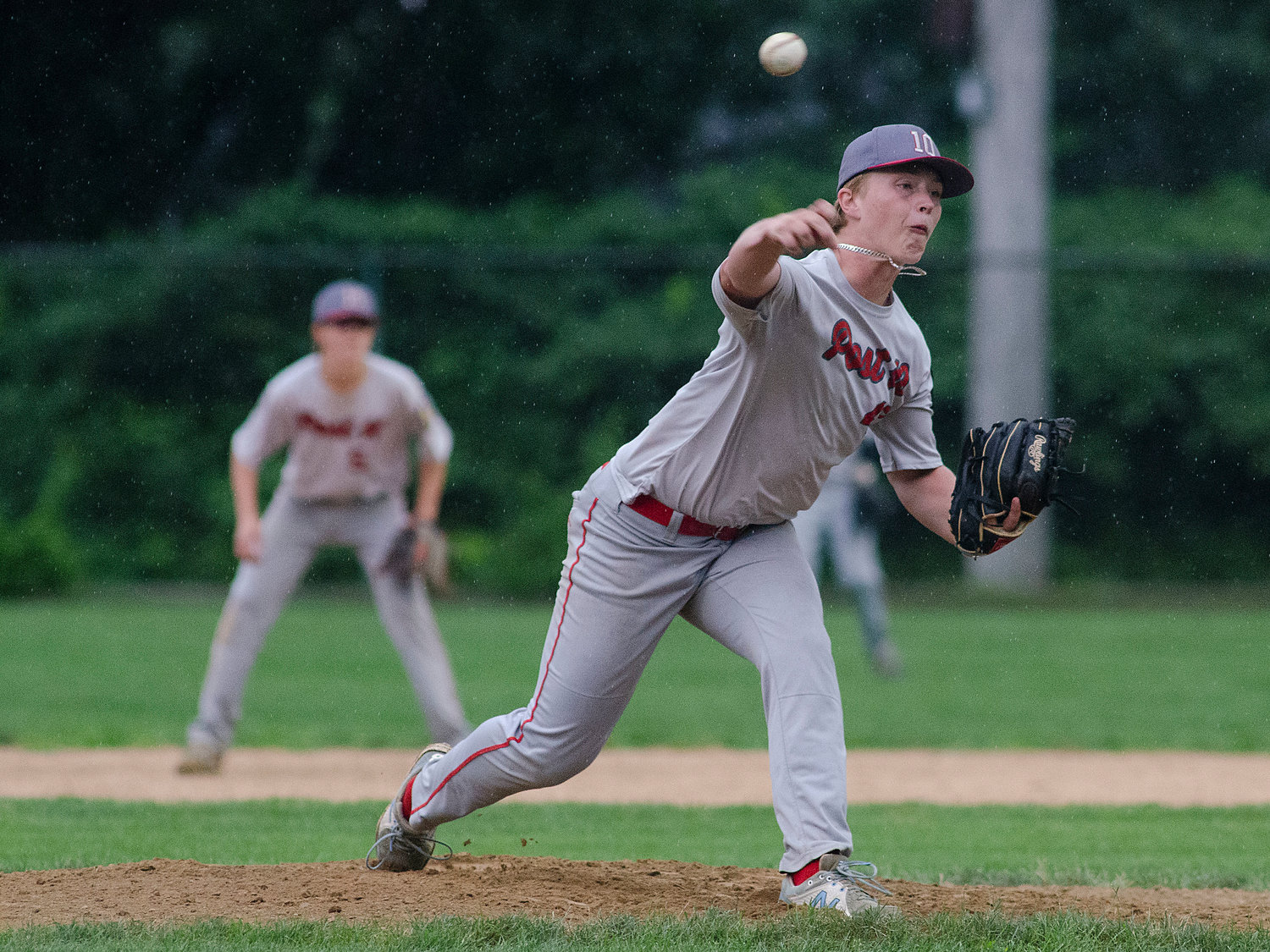 Aidan Greene throws a pitch for the Riverside Post 10 Junior Legion baseball team during its game against Scituate on Thursday night, July 29. 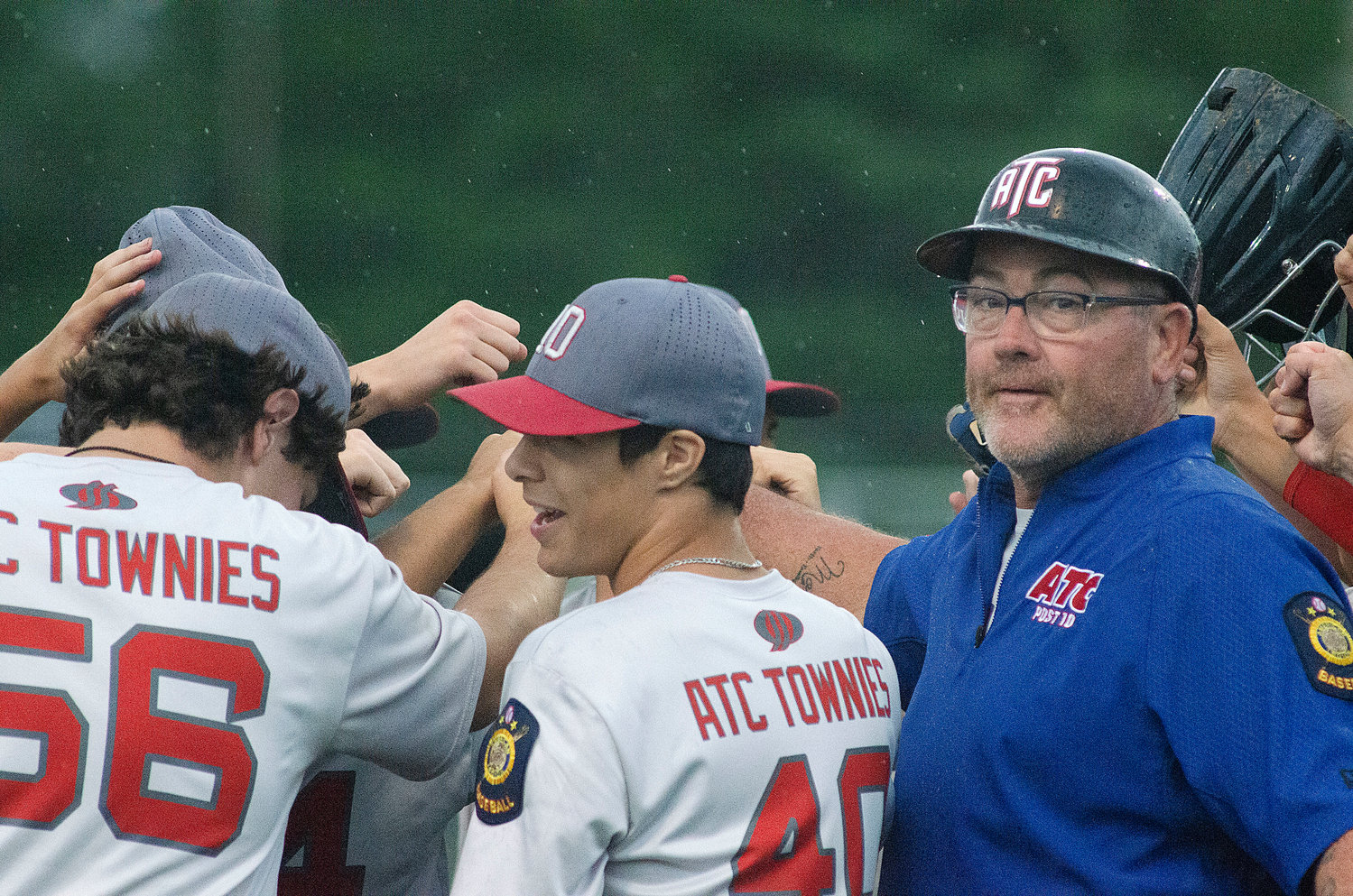 The Riverside Post 10 Juniors huddle up between innings with manager Frank Devall. 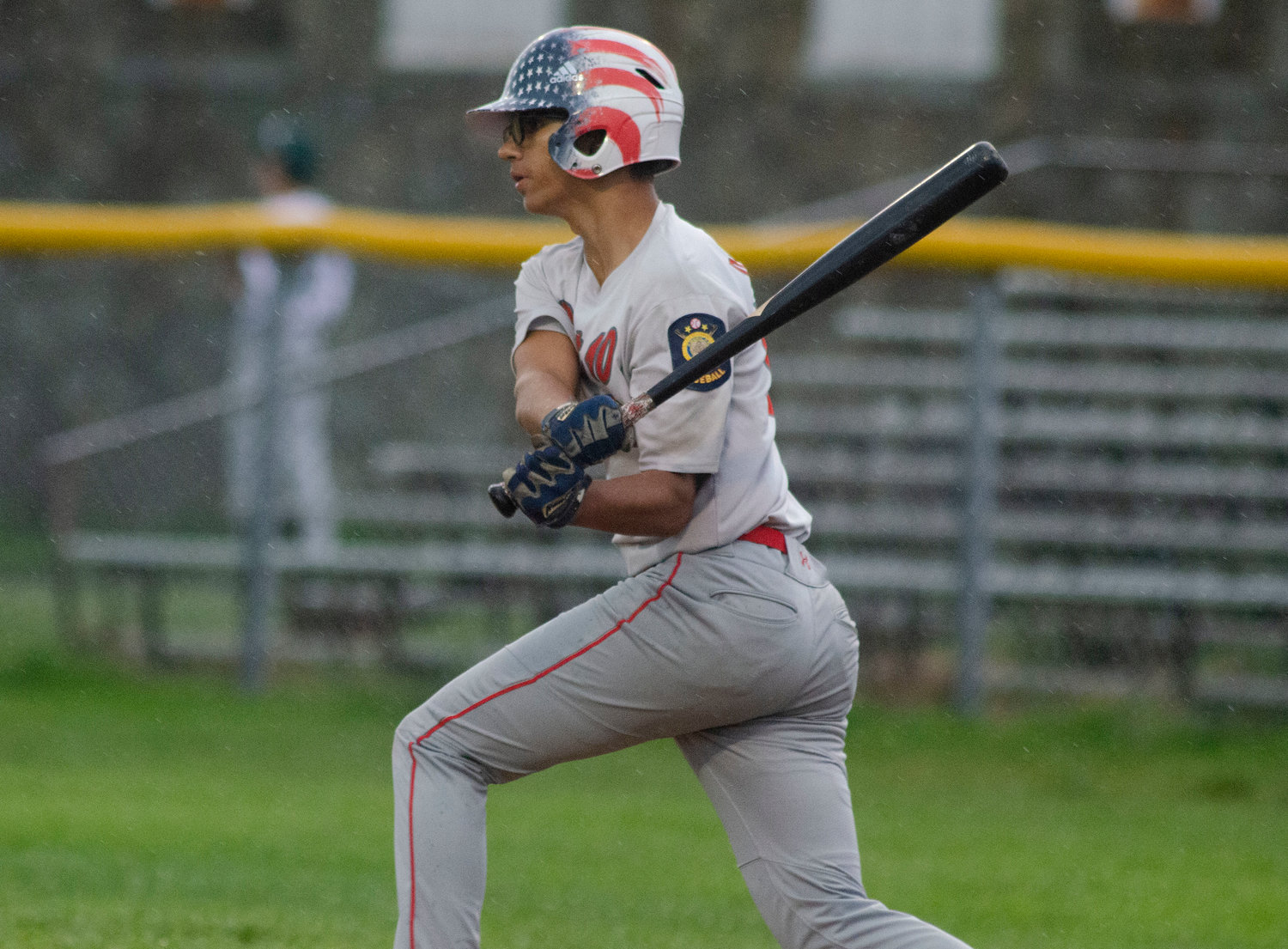 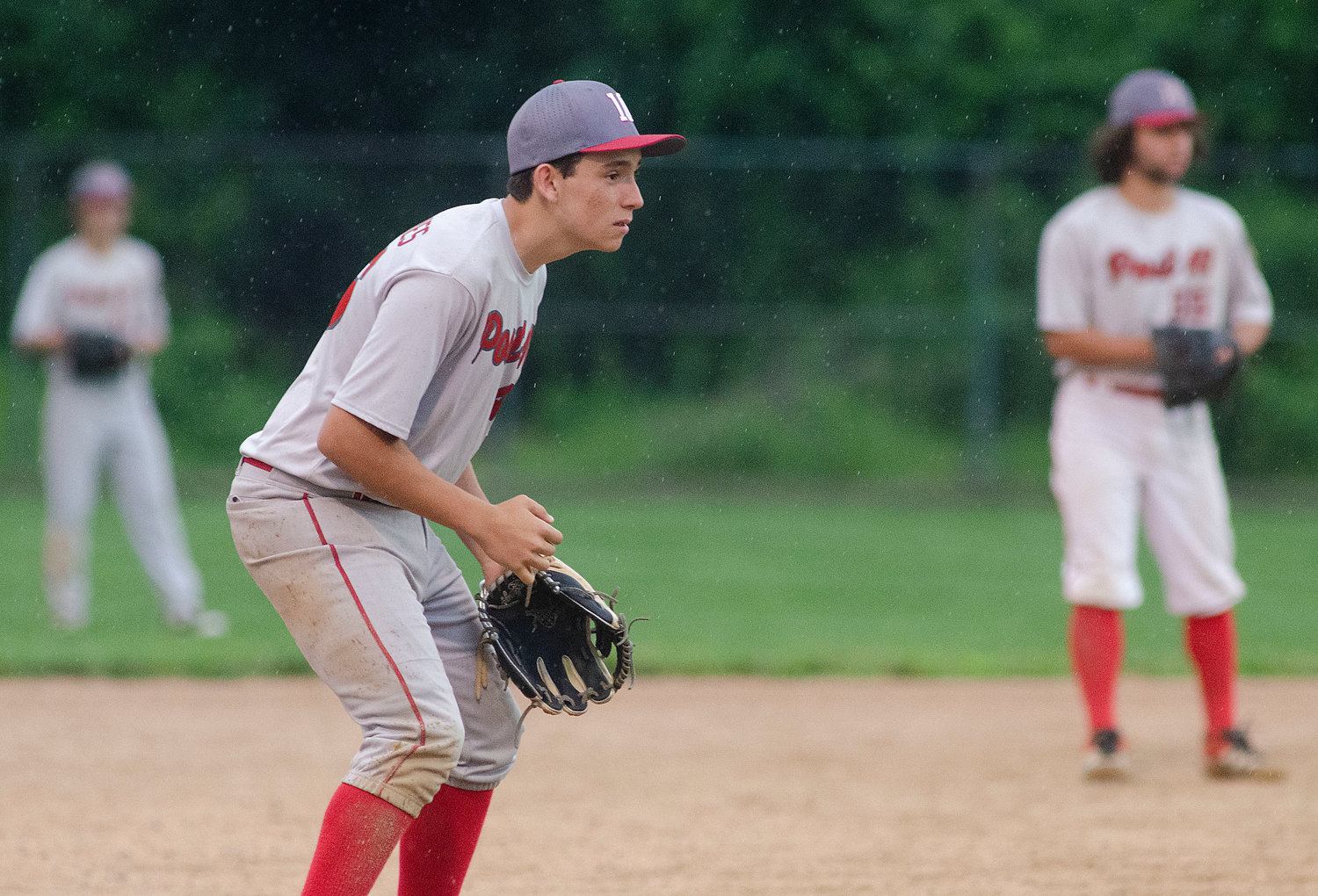 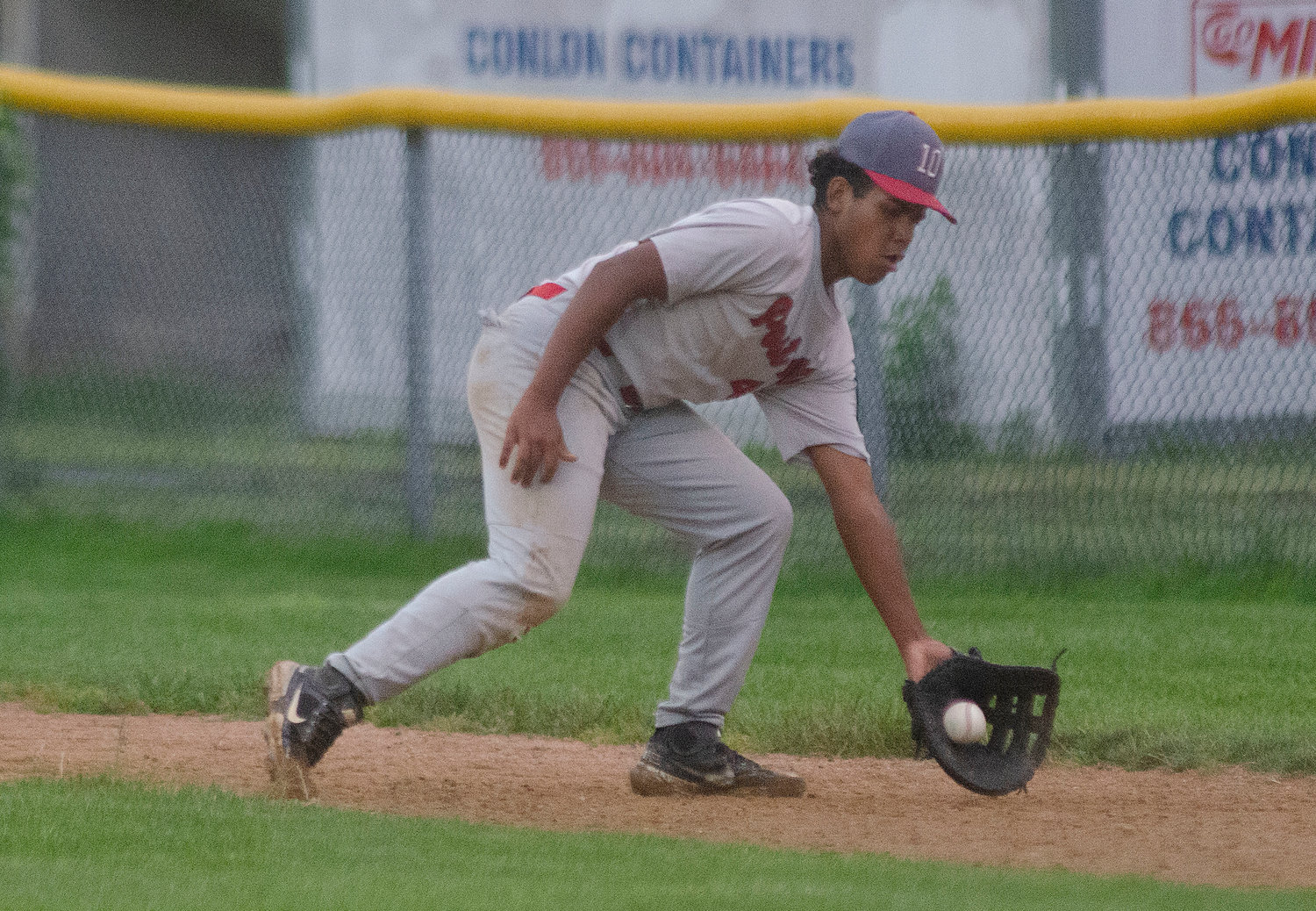 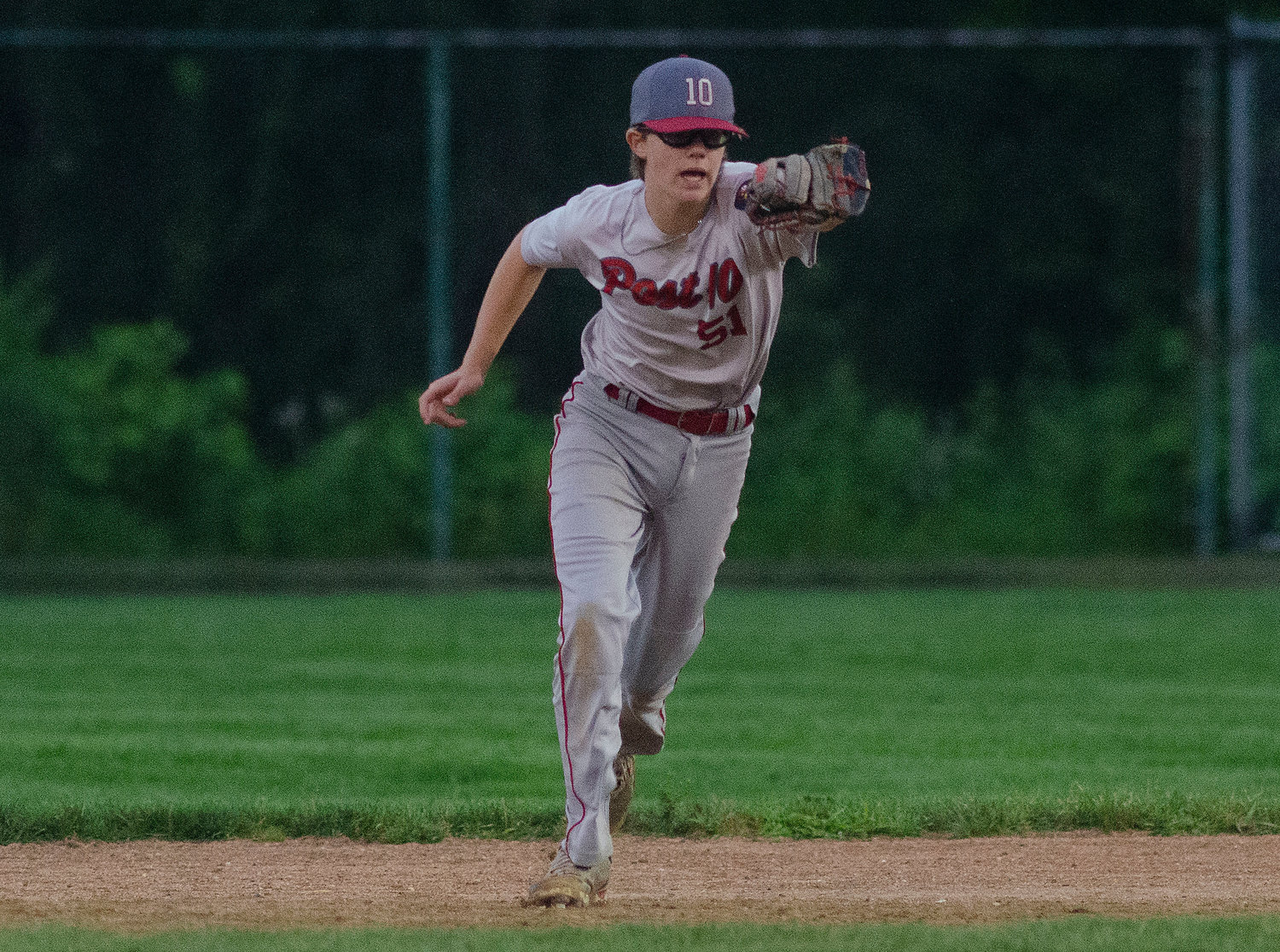 As it has been for most of the last several years, the Post 10 squad is composed of players from East Providence along with those associated with Post 8 from Barrington, Warren and Bristol.

The Post 10 Junior Division squad is the de facto reigning state champions, having won a competition called the R.I. ELITE Baseball League last summer, though it was not sanctioned by the American Legion. Seven of those players, as well, graduated up to the Senior Division for the 2021 season.

The Riverside Post 10 Juniors finished their regular season with a 9-4 record, earning the No. 3 seed in the upcoming State American Legion Tourney. The locals opened the playoffs this week against sixth-seeded Upper Deck Post 14 (Cumberland/Lincoln).

Eli Terrell led Post 10 during the regular season at the plate with a .581 batting average followed Brian Rutkowski .391, Oliver Andrews .385 and Ben Almeida .364. On the mound, Tim Robitaille, Dylan Annicelli, John Vaughan, Jake Willey and Ziurel Vargas have made up the starting rotation and bullpen arms.

The Senior Division squad finished with a 4-10 regular season record, which was good enough to qualify for the playoffs. Post 10, seeded seventh, squared off against second-seeded Upper Deck Post 14 , dropping its best-of-three opening round series in two games by the scores of 9-4 and 12-0.